Launched in 1985, the original Yamaha VMAX was famous for its brutal, drag-bike inspired styling and relentless acceleration. The VMAX Carbon is an £18,749 OTR special edition for 2015, but following on from the recent ‘Yard Built‘ projects, the VMAX is next in line to see some custom treatment.

Incredibly, this special edition is a sizeable drop in price over the £21,499 the VMAX cost last year. But Yamaha has also announced that the standard bike – now called the VMAX Matt Grey – will drop down to £15,749 OTR. With fuel prices dropping too, this exclusive machine just got a little more attainable.

With this being the bike’s 30th anniversary, and Yamaha promising some exciting designs from the likes of German custom shop JvB-moto, we’re pretty sure we’ll soon be seeing a pretty special new bike available to buy, if the recent XJR1300 and XJR1300 Racer announcements – also Yard Built project – are anything to go by. 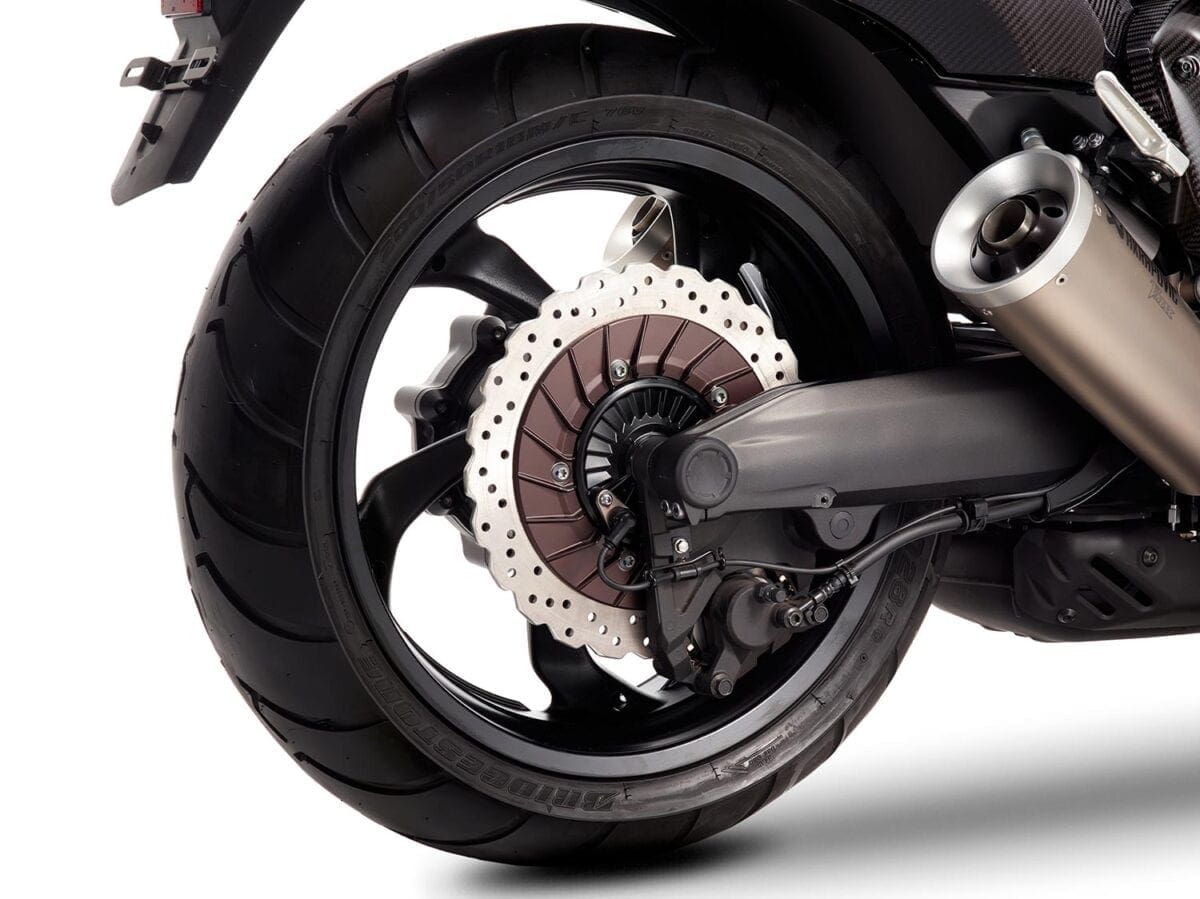 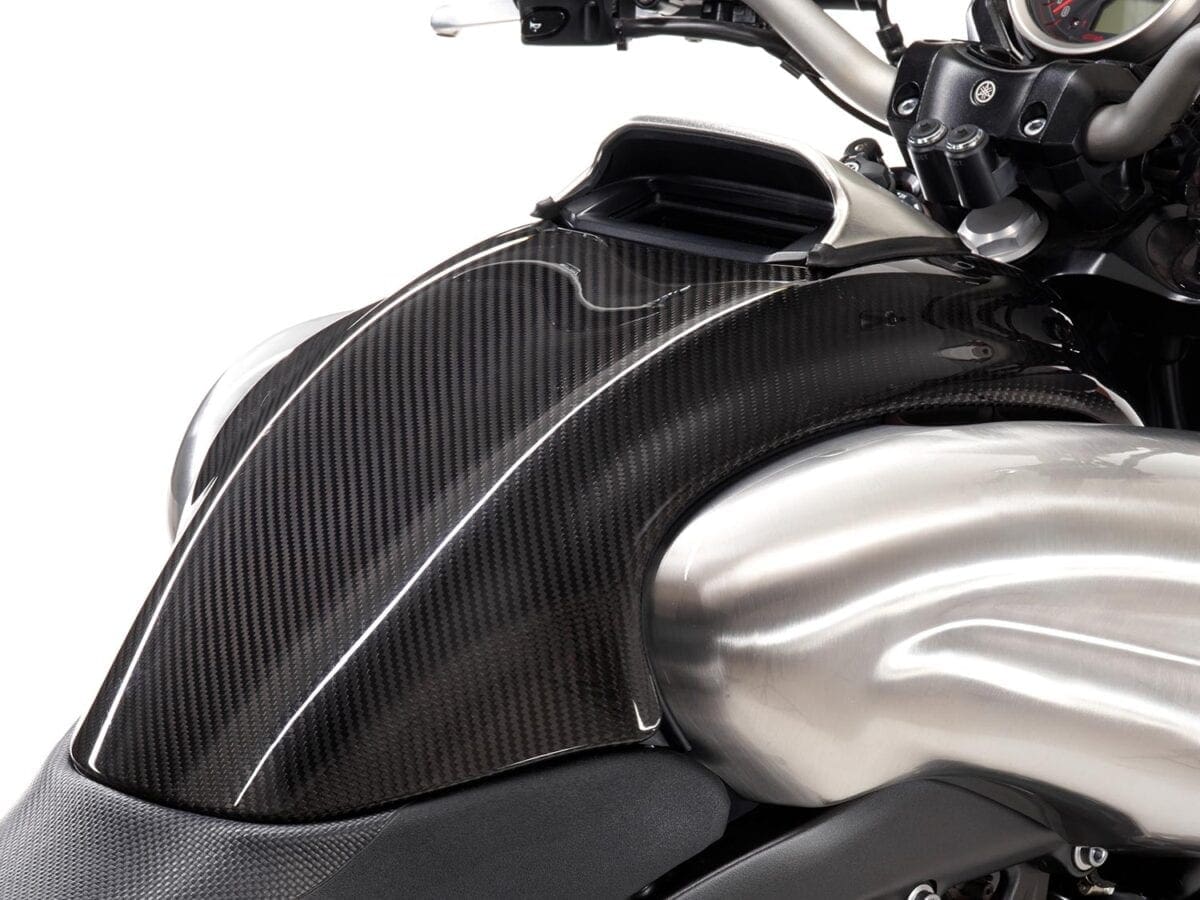 Here’s what Yamaha told us in a press release:

To mark 30 years since the arrival of the original VMAX, Yamaha’s Sport Heritage range is strengthened with the introduction of the exclusive VMAX Carbon. Based on the current 1,679cc 197bhp V4 model, this iconic special edition combines outstanding musclebike performance with cutting edge style.

The VMAX Carbon’s tank cover, front and rear fenders and side covers are all manufactured from lightweight carbon fibre – and for an even more evocative V4 growl this special edition comes equipped with upswept Akrapovic slip-on mufflers. Available from February onwards, this high-specification VMAX Carbon offers exceptional value to those customers who want to own the most iconic musclebike ever built. 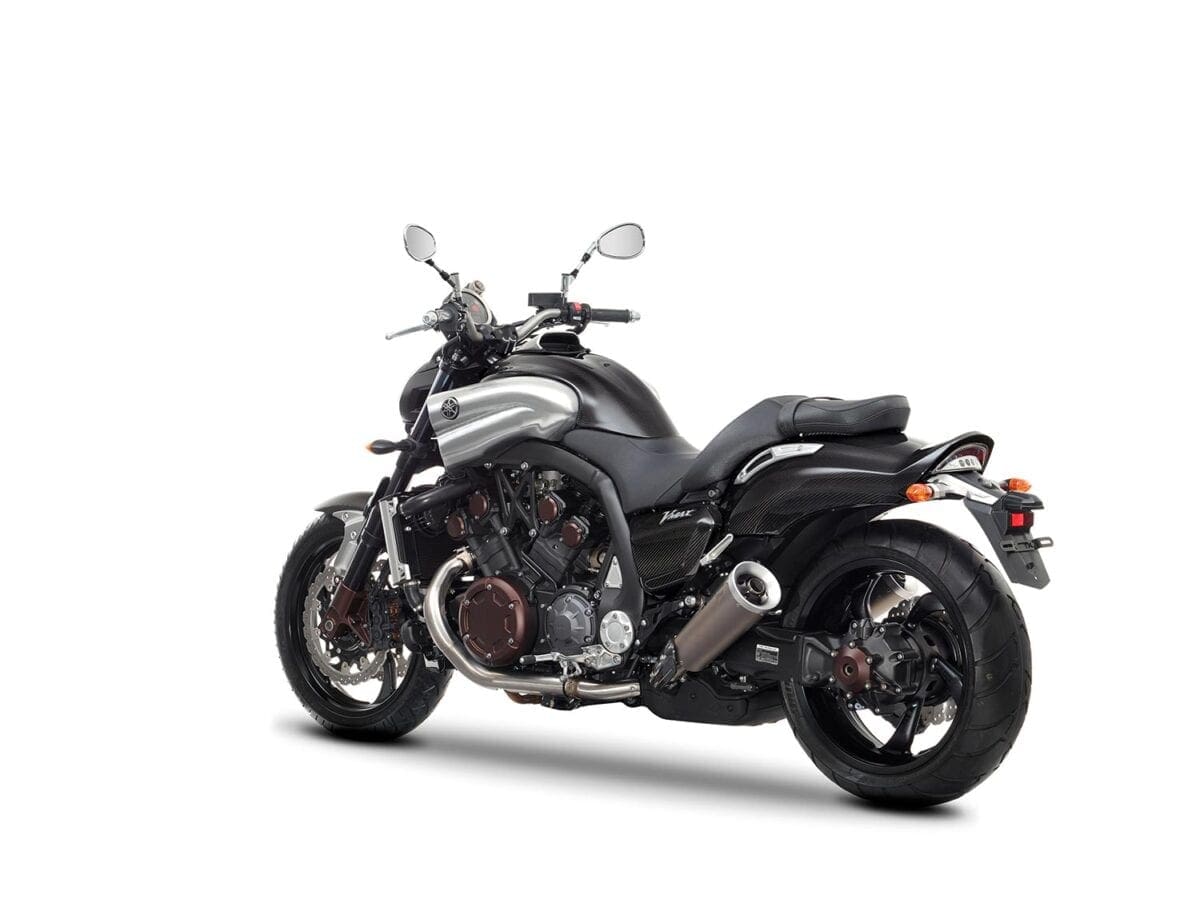 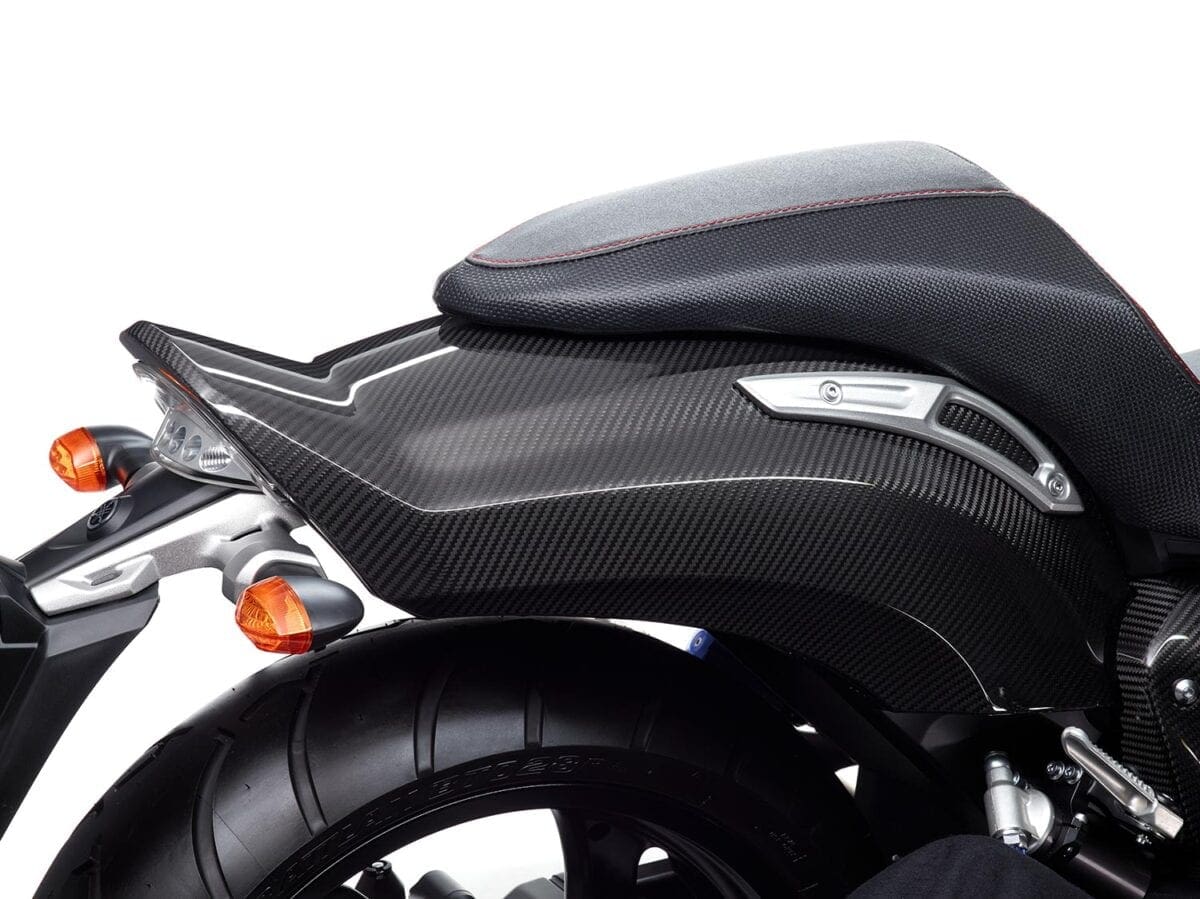 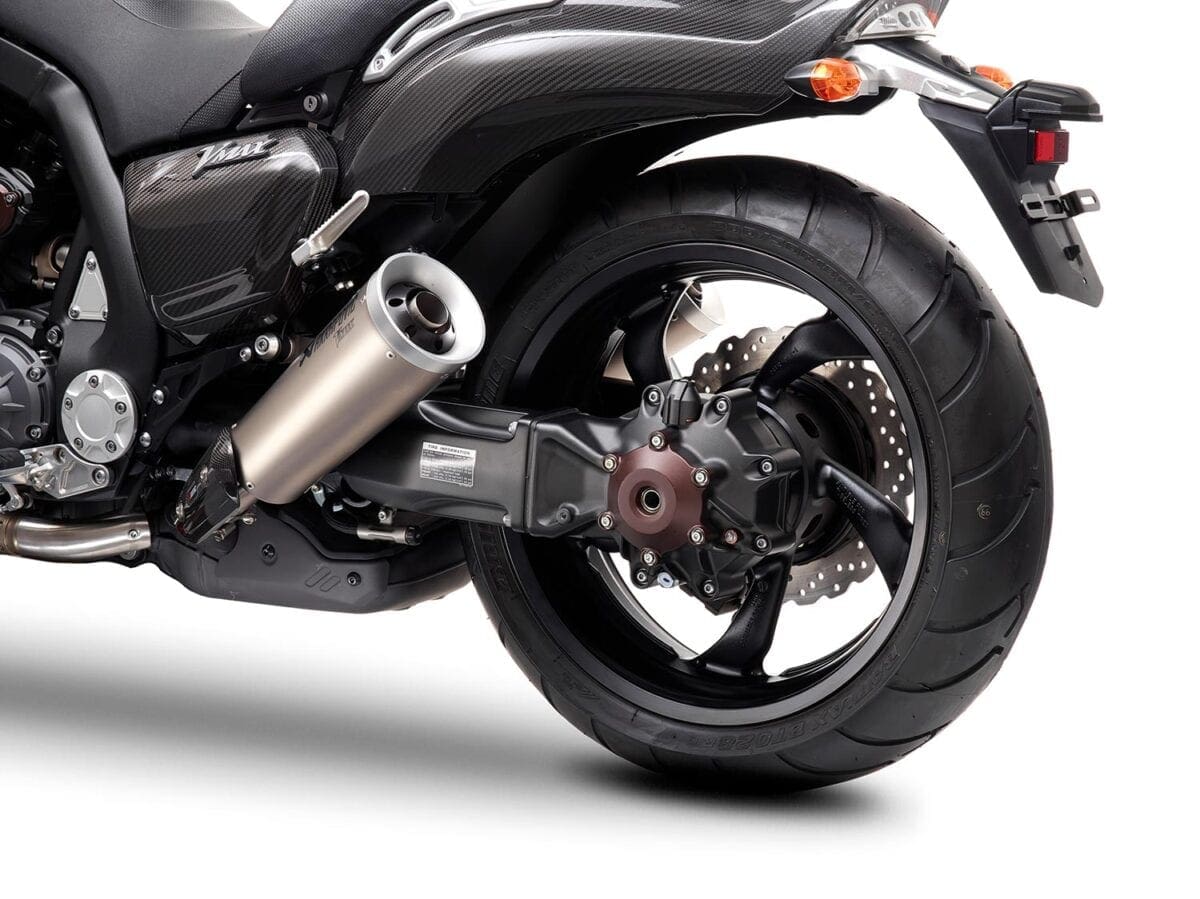 Yamaha is gearing up to celebrate the 30th anniversary of the original VMAX with the unveiling of a number of exotic new Yard Built specials. The first of these is being created by German builder Jens vom Brauck, who is working on his first ever Yard Built project – and Yamaha have commissioned other custom builders to create two more Yard Built specials for delivery around June and September 2015.

Better known as JvB-moto, Jens is already well into the build at his workshops near Cologne, transforming the VMAX into something worthy of its iconic status. Yard Built fans can expect to see a stripped back creation combining modern materials with a custom twist, that also pays homage to all that was good about design in the 80’s – the birthplace of the original VMAX monster muscle machine. 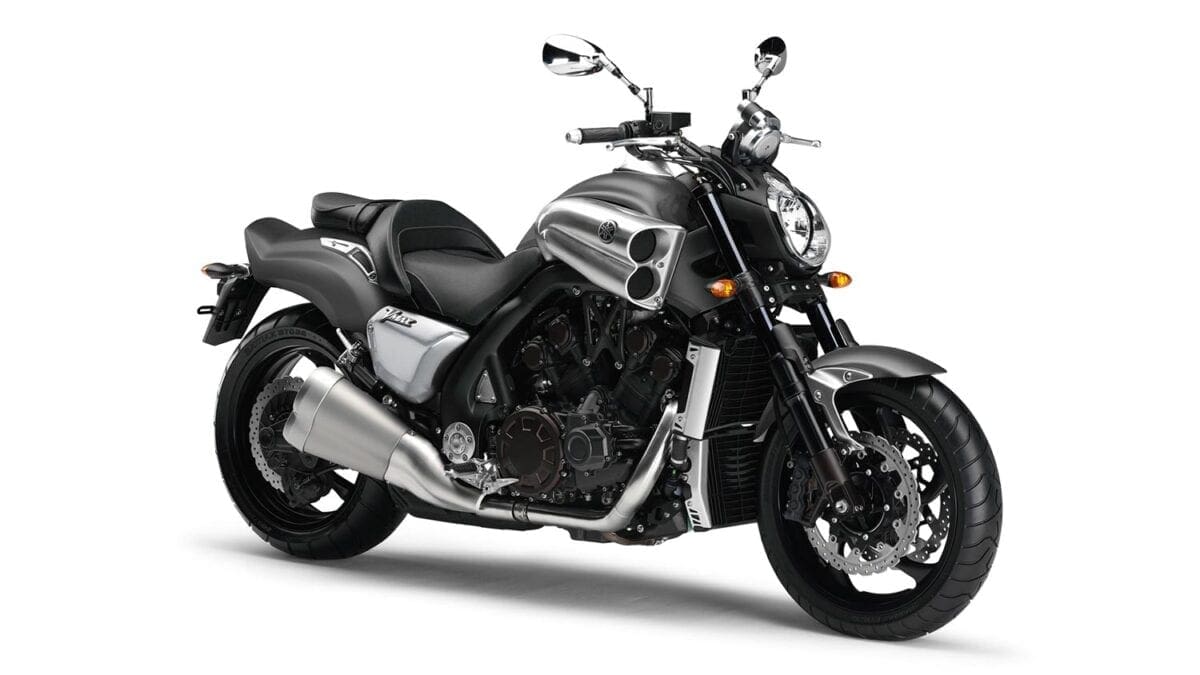 To underline Yamaha’s ongoing commitment towards creative motorcyclists, the standard VMAX will now be offered as a Matt Grey version whose pure and neutral paint finish offers the ideal starting point for those customers wishing to create their own Yard Built special. From February 2015 the standard VMAX becomes available with a significantly reduced price of £15,749. 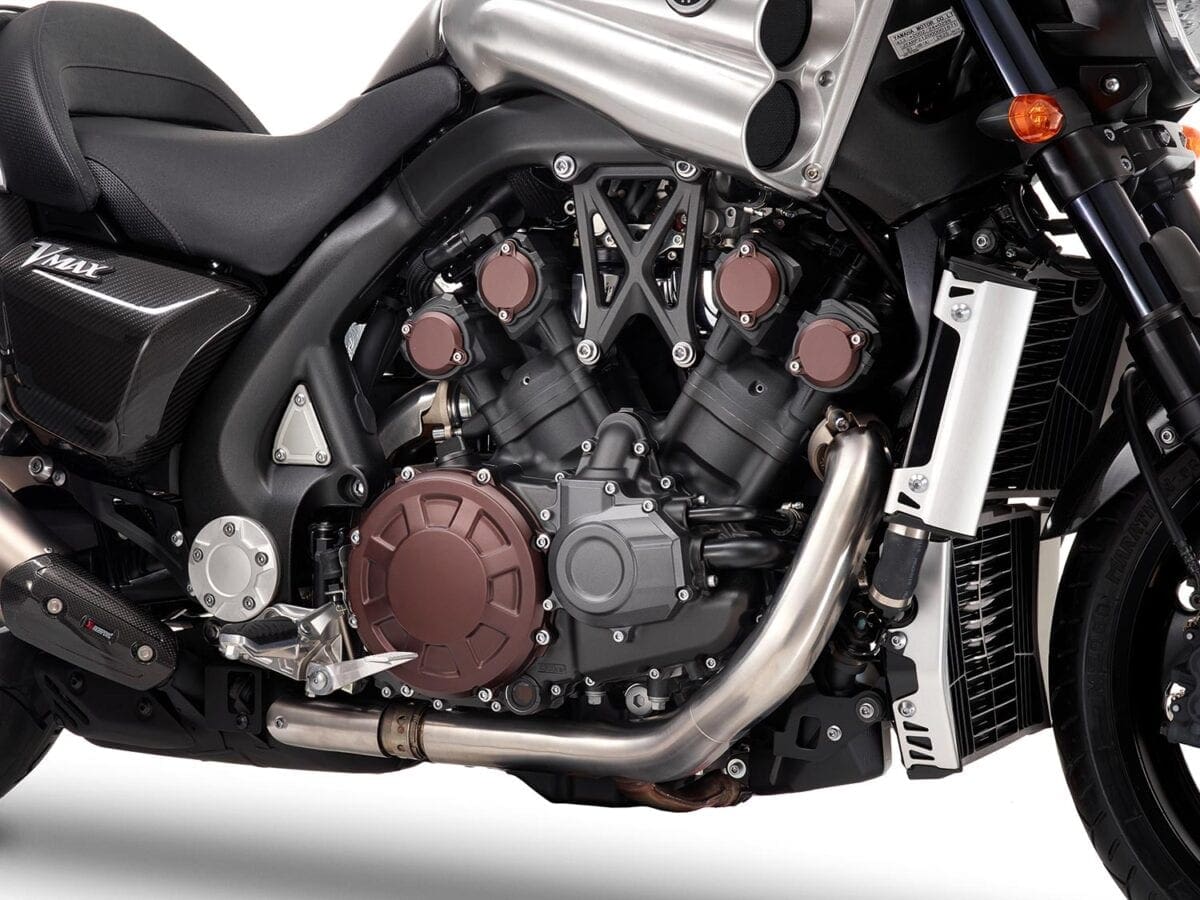 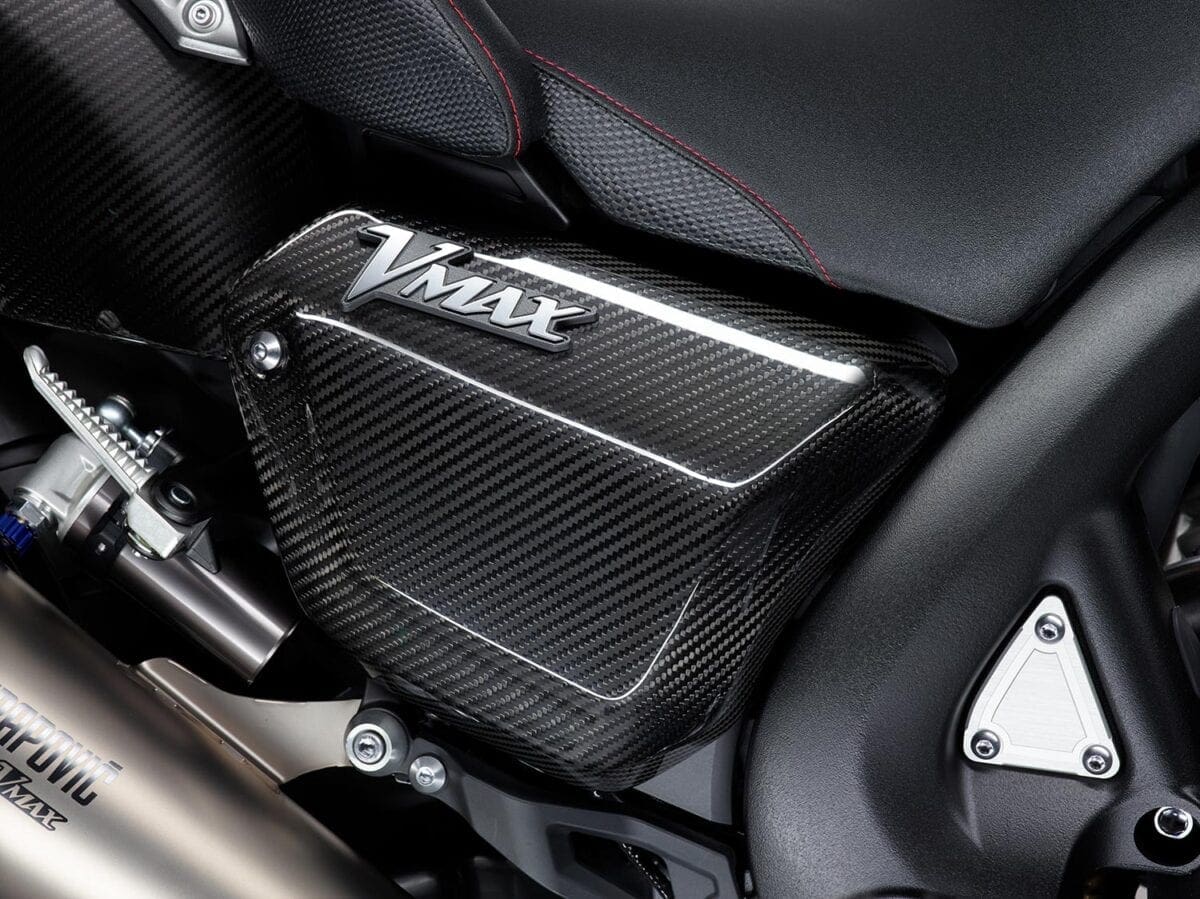 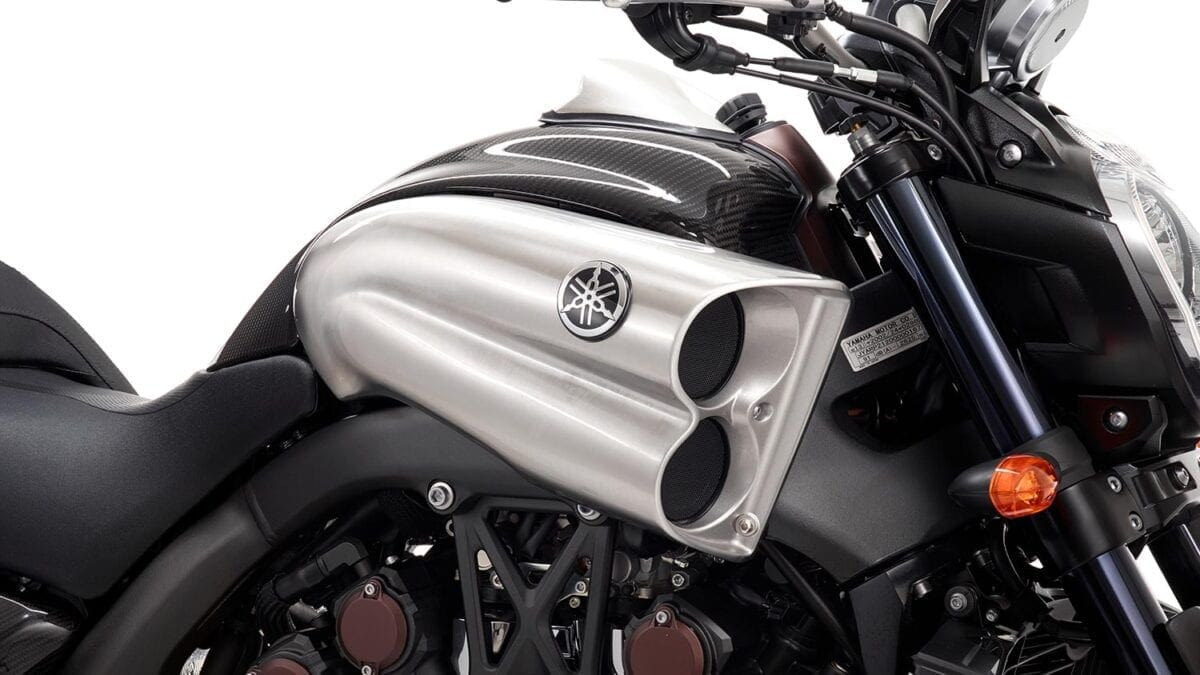 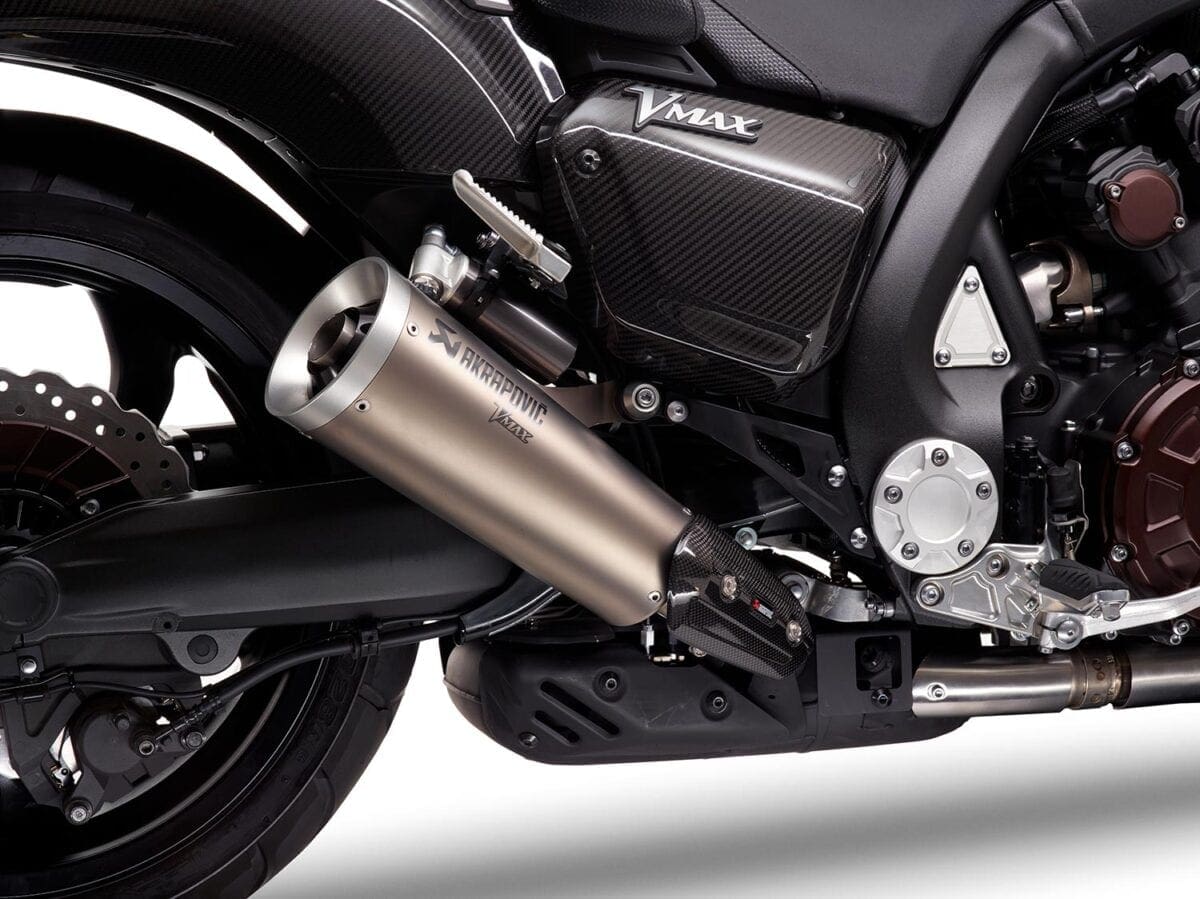 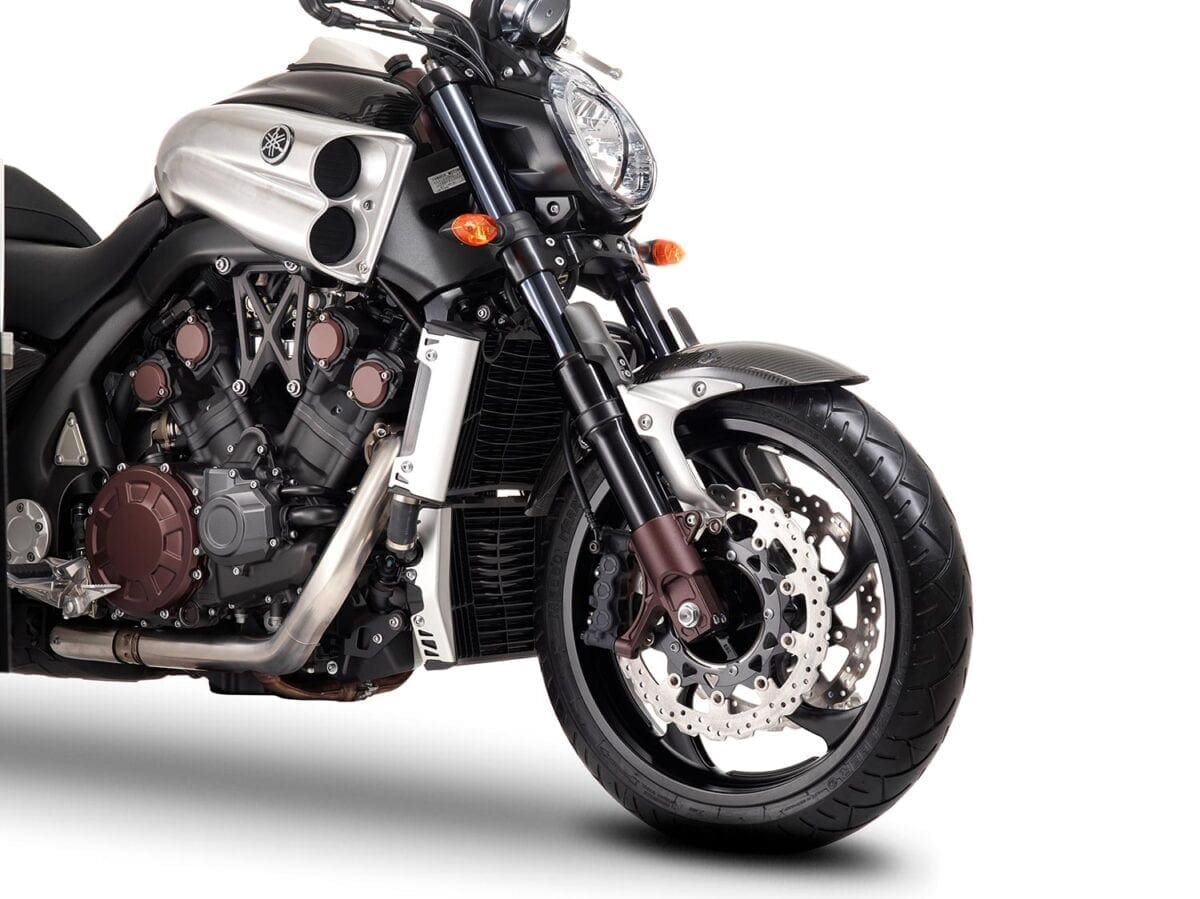 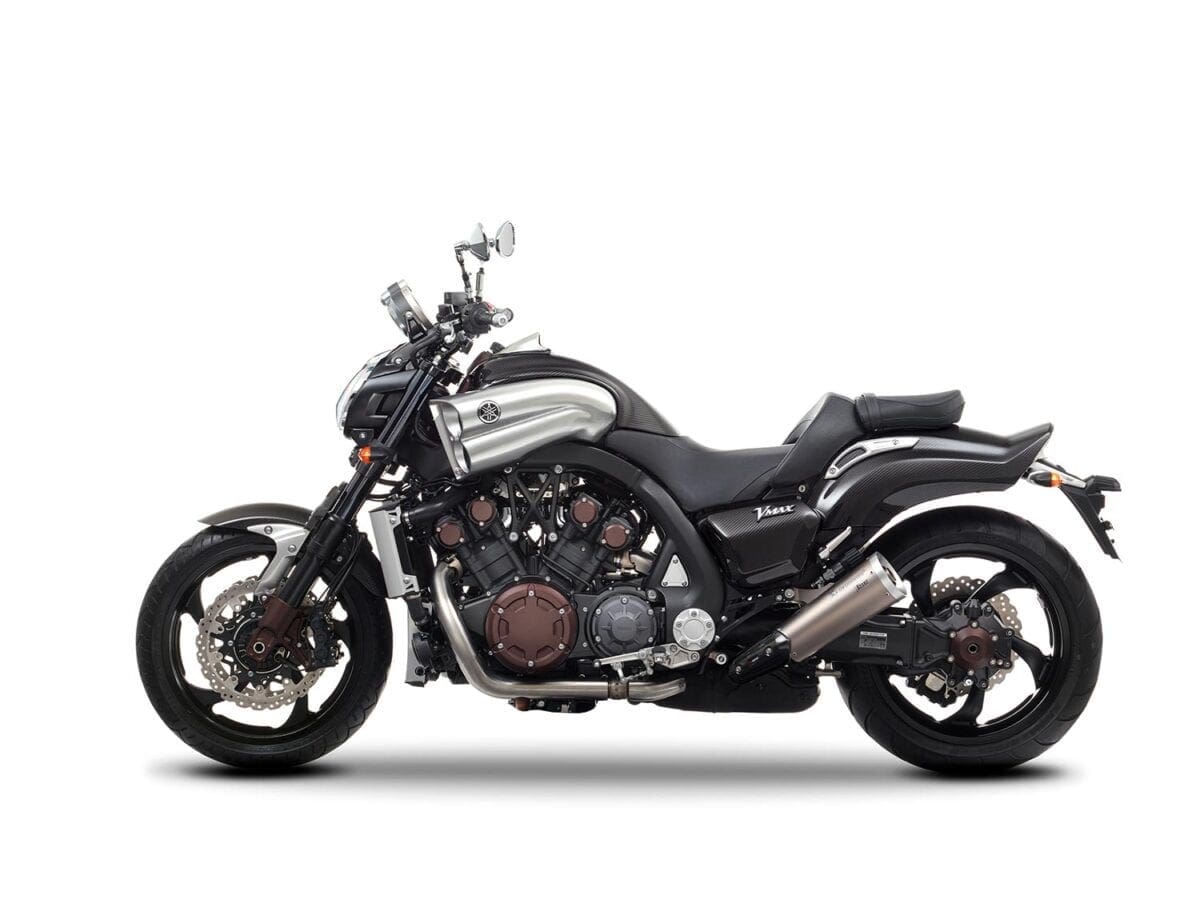