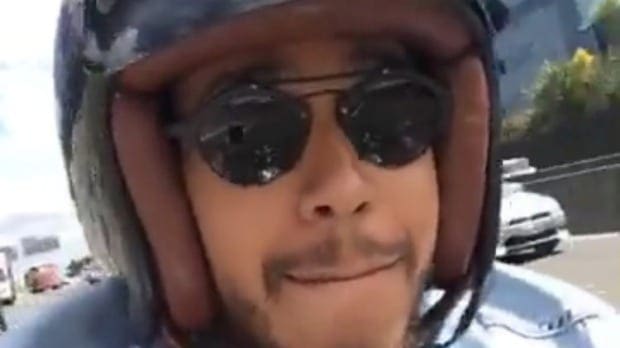 Lewis Hamilton was investigated by police in New Zealand after he allegedly filmed himself riding a Harley-Davidson on a motorway and posted it online.

The two clips were apparently recorded while the Formula One world champion was on a brief trip in Auckland ahead of this weekend’s opening round of the 2016 F1 world championship which kicks off in Australia.

Although officers reviewed the footage, a spokeswoman for Auckland City Police said that the footage which appeared on Hamilton’s Snapchat account: “Does not provide us with sufficient evidence that an offence has occurred.”

The 31-year-old has been a motorcyclist for years and last year teamed-up with MV Agusta to produce a limited edition run of the company’s Brutale bike.