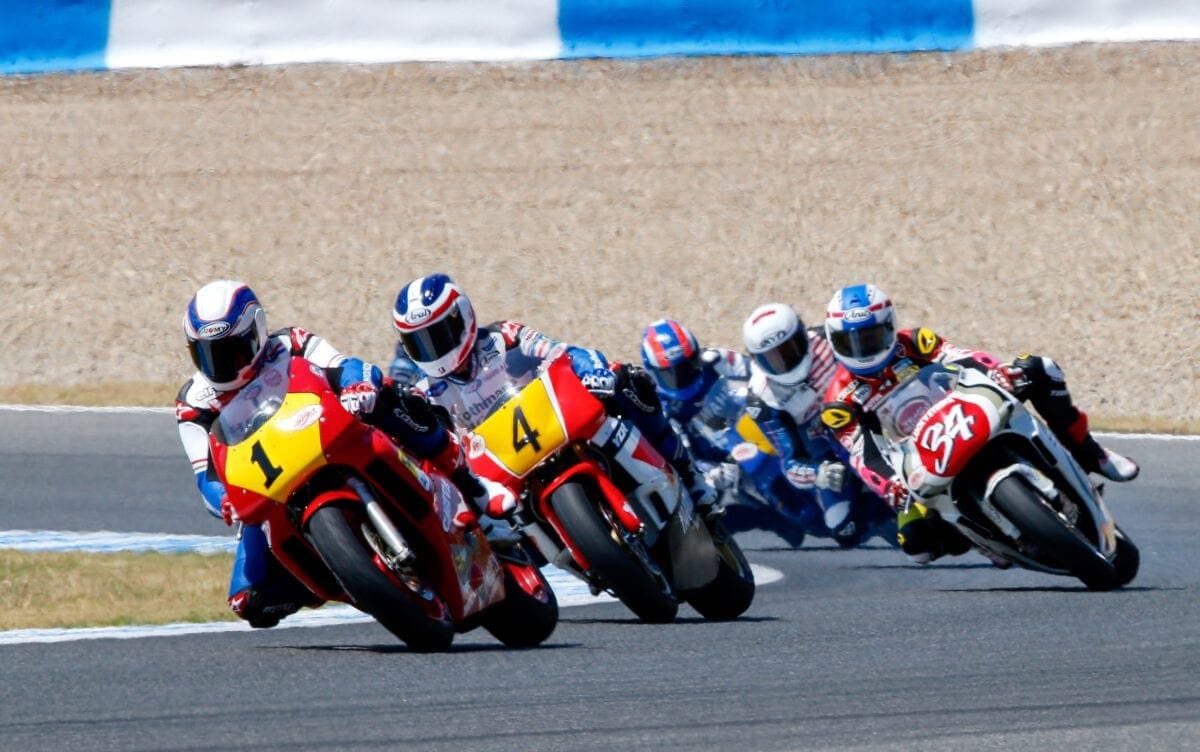 Following a hugely successful first event at Jerez in 2015, World GP Bike Legends is back for 2016 with the iconic bikes and riders from the golden era of Grand Prix motorcycle racing. This year the battle will be at the Sachsenring Circuit (10-12 June) – home to the German round of the current MotoGP World Championship.
1987 500cc World Champion Wayne Gardner will again be leading the charge as rider ambassador, and he’ll be joined on track by a grid full of former Grand Prix heroes including seven-time GP World Champion Phil Read, triple GP World Champion ‘Fast Freddie’ Spencer, five-time GP winner Pierfrancesco ‘Frankie’ Chili, four-time GP winner Didier de Radigues, three-time 500 GP winner Garry McCoy and Brit hero Jeremy McWilliams, along with many other hard-charging ex GP regulars.
As well as the World GP Bike Legends races, there is of course a full weekend of action in store, with an incredible grid of fiery 4-cylinder 500cc two-strokers from 1980-2000 providing the highlight of the event. Bikes already lined-up include several RG500 Suzukis and V4 Cagivas, a sprinkling of YZR500 Yamahas and even a very rare Kawasaki KR500.
With qualifying and two fast and furious races, plus many great opportunities to meet the riders of the period at autograph sessions throughout the weekend, there’ll be plenty for the anticipated 25,000 fans to take in.
This year’s Sachsenring Classic will host more than 650 racers starting in over 18 classes with a mouthwatering mix of classic bikes and cars.
Wayne Gardner said: “We had a terrific time at Jerez last year and since then the riders and owners have been asking me what’s happening this year, so it’s really exciting to be putting together this first event of 2016. I can’t wait to get out there and ride a GP500 again.
“Sachsenring is a fantastic circuit and it’s sure to provide close and great racing, and as a bonus we’ll also get to meet and share stories with a whole new group of fans in Germany. We’ll be back out on the original bikes, and we’ll be soon announcing the names of many other star riders who will form a complete grid of World Grand Prix Bike Legends.”
For fans unable to make it to the Sachsenring, about ten of those riders and their superfast machines will be returning to one of the fastest tracks for a display race at the annual three-day Silverstone Classic event on 29-31 July.