The world’s most gorgeous G310R so far (it’s a work of street tracker art). 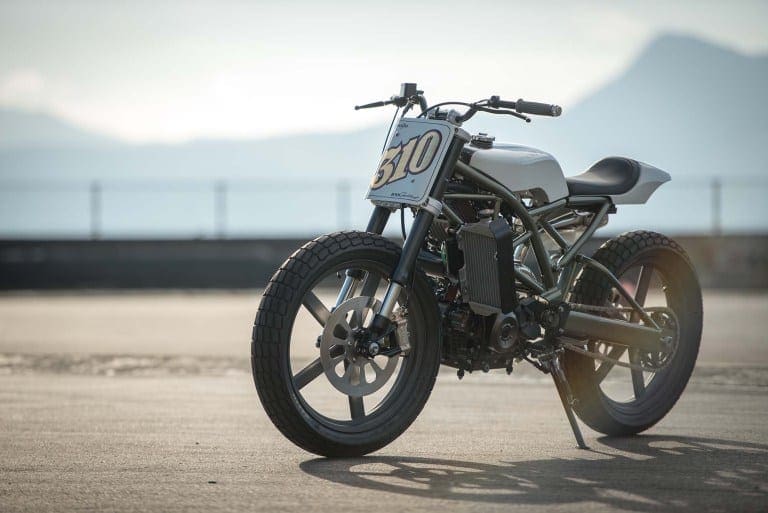 So this motorcycle has really taken our breath away this morning – it’s a street tracker one-off made by the exquisitely-detail obsessed Wedge Motorcycles from Tokyo.

Although these images were punted out by BMW Motorrad Japan there’s no suggestion that this is in anyway something that points to a future for the brand – but what it does do is show just what is possible if you want to funk-up the firm’s G310R naked roadster. 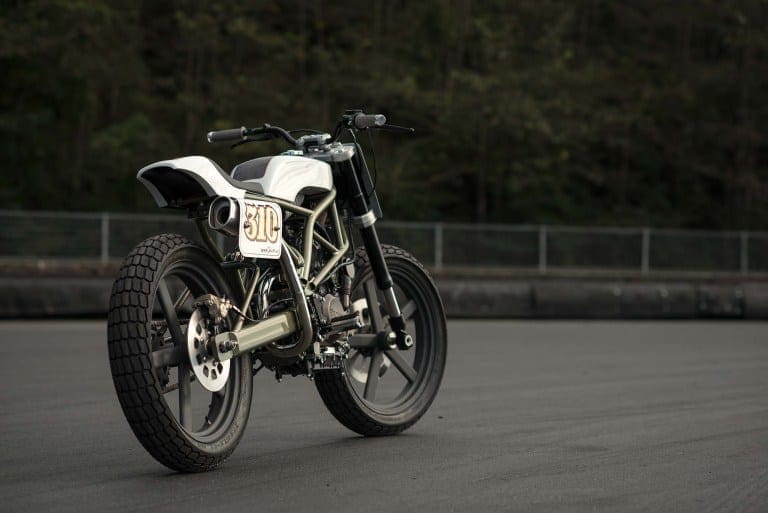 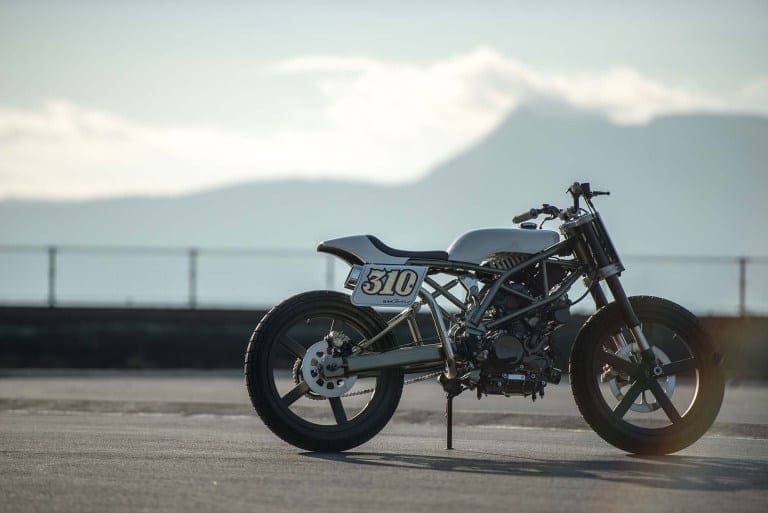 This gorgeous hunk of mini-metal has been made by Wedge’s Takashi Nihira and is a lesson in how to strip back a motorcycle to the absolute basics. Nihira says that because the bike’s exhaust headers point backwards the motor has to be closer to the front wheel than he would normally have it for this type of motorcycle. 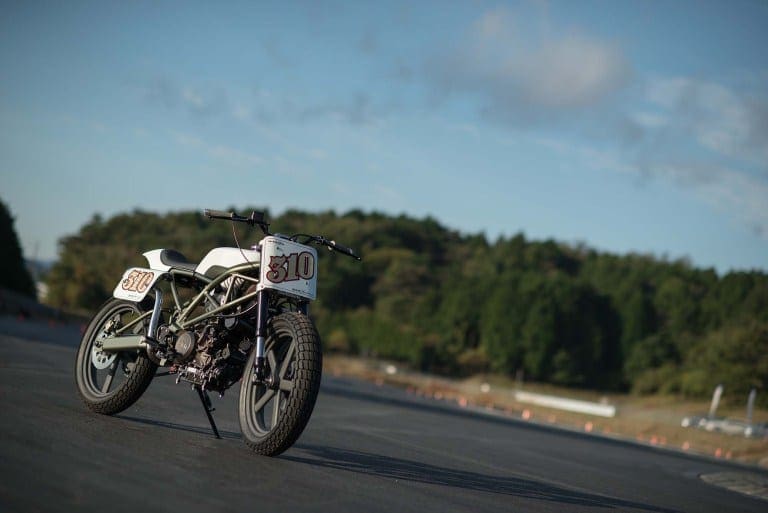 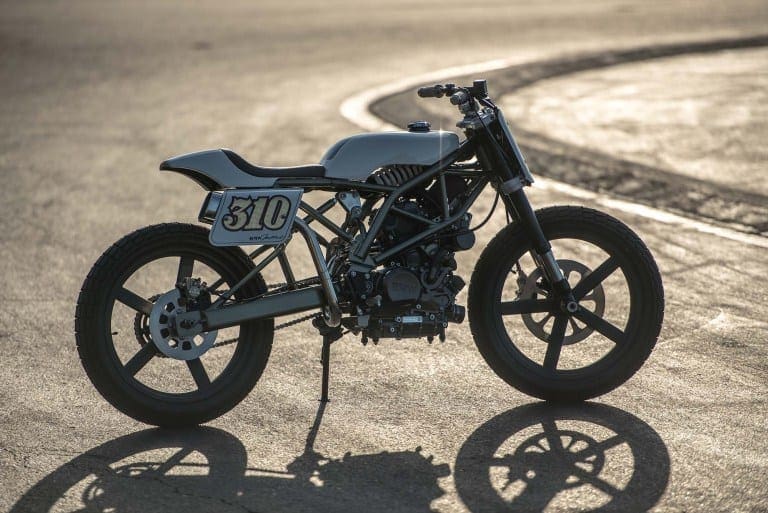 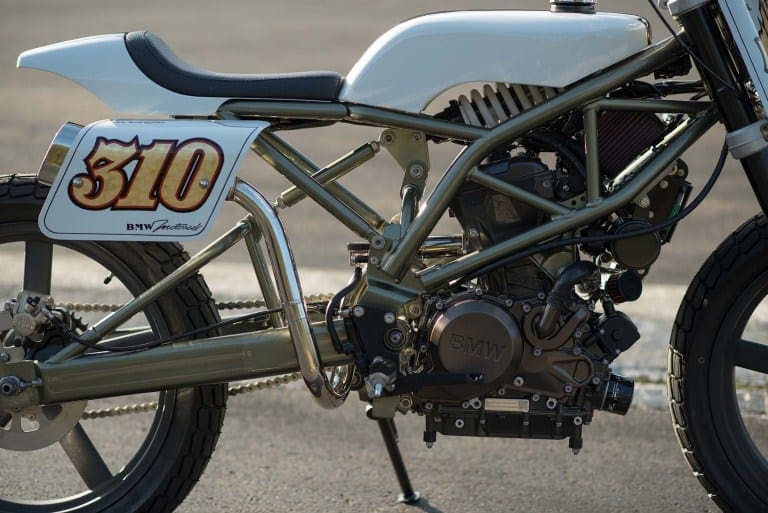 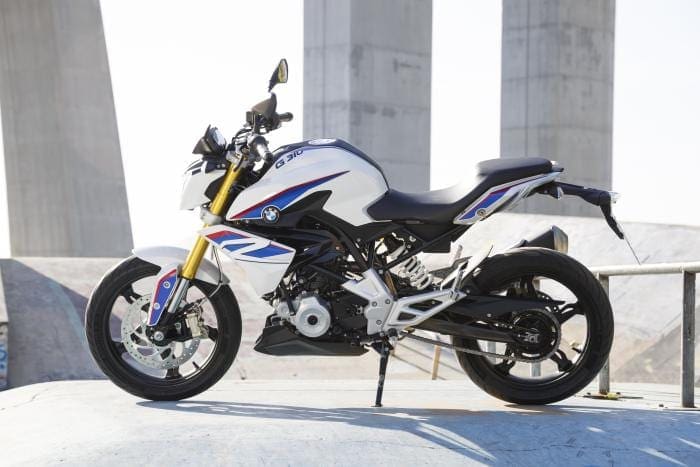 The Japanese metal worker has opted for a few very nice touches over the original bike (pictured above) – he’s kept the original’s frame but moved the shock to mount under the tiny petrol tank, then shifted that radiator to the side (that’s a funk score, right there), he’s kept the look-through of the bike very gappy (nice), the dash has been stripped right back for a 1980s digital watch feel (sweet) and the exhaust routes around the side of the bike to pop out at the side of the single seat hump. The brake discs are more full than on the original bike and the whole thing looks pretty cool all round. 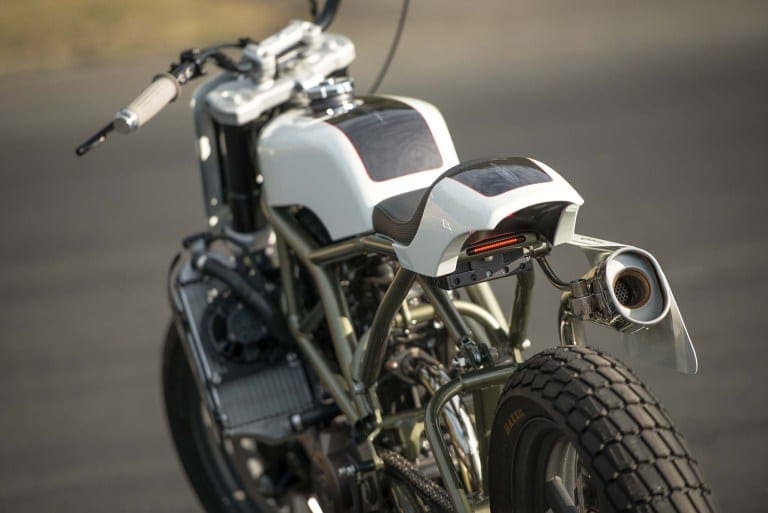 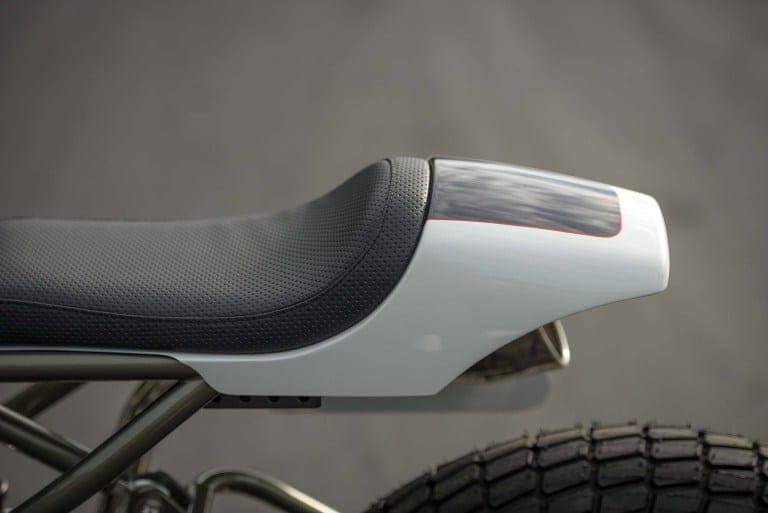 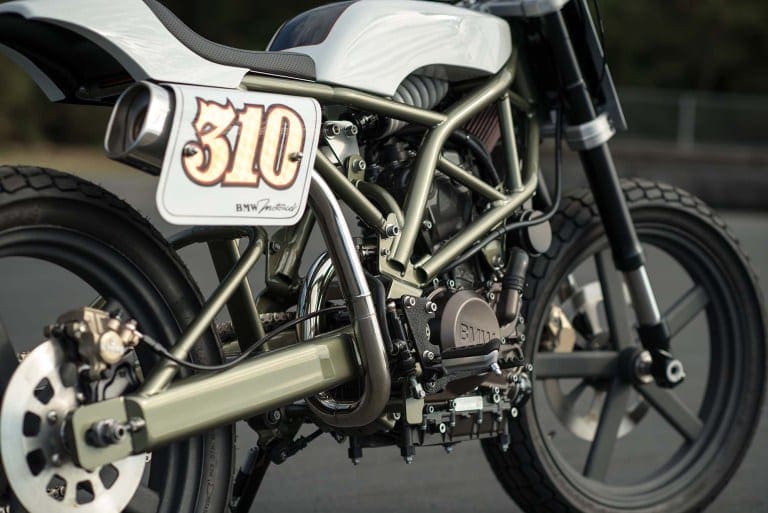 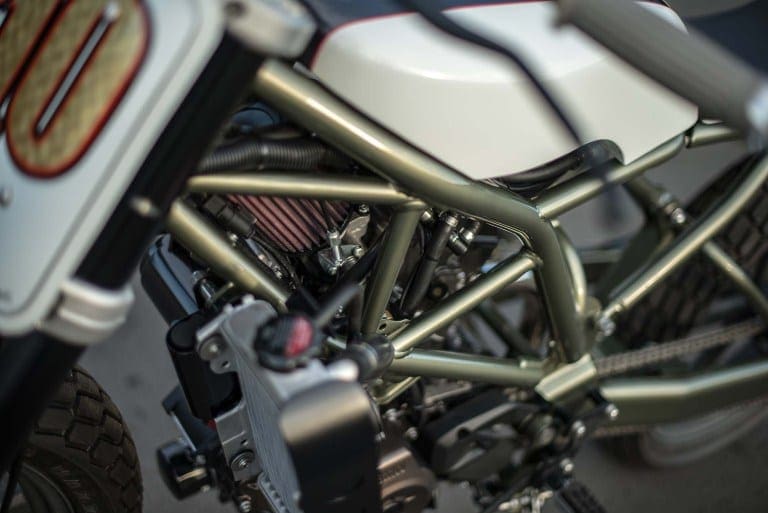 Given what the big bosses at BMW have already said about how they want the basics of the 310cc single-cylinder lump and chassis to spur on other models – and that we’ve now seen the roadster and the mini-Adventure GS bike – what would you say if something like this actually DID make it to production? Would you buy it? Is this funky enough for you? 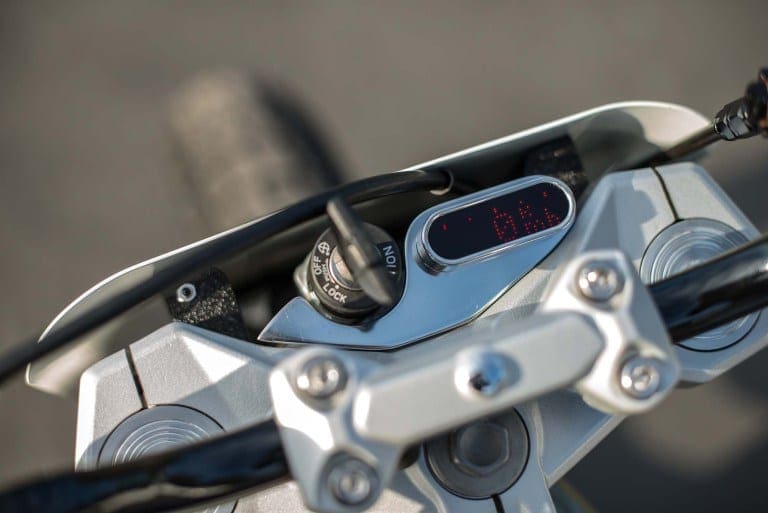 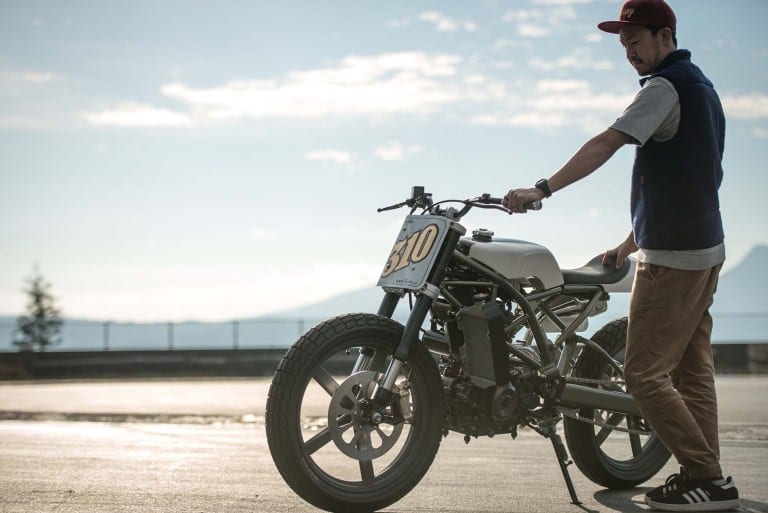