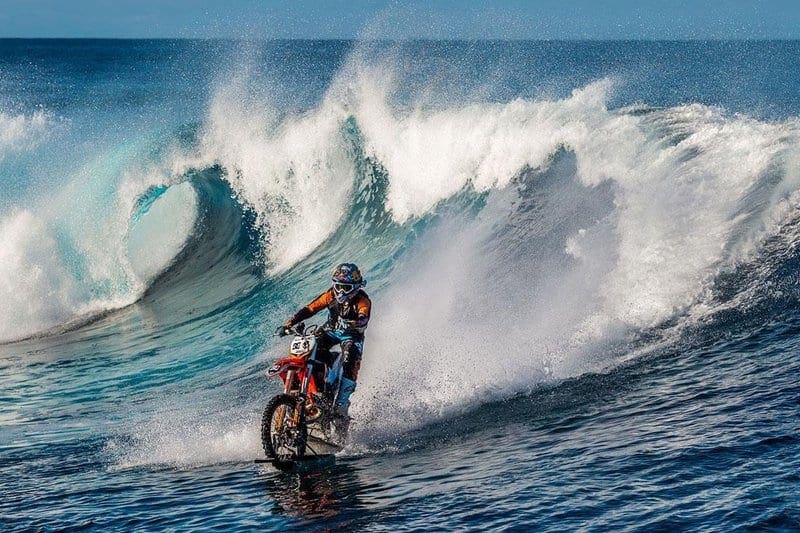 Former motocross racer-turned-stuntman Robbie Maddison is going to ride his one-of-a-kind water-blade motorcycle on Sydney Harbour as part of the 2017 Sydney Motorcycle Show in a couple of weeks time.

It will be the first time anywhere in the world that the public is invited to watch Maddison ride his bike on on water.

The water-top ride will take place on Cockle Bay (above) on November 25-26 (the Saturday and Sunday of the event), with spectators invited to view the unique bike and meet Maddison at the Sydney Motorcycle Show from November 24-26. 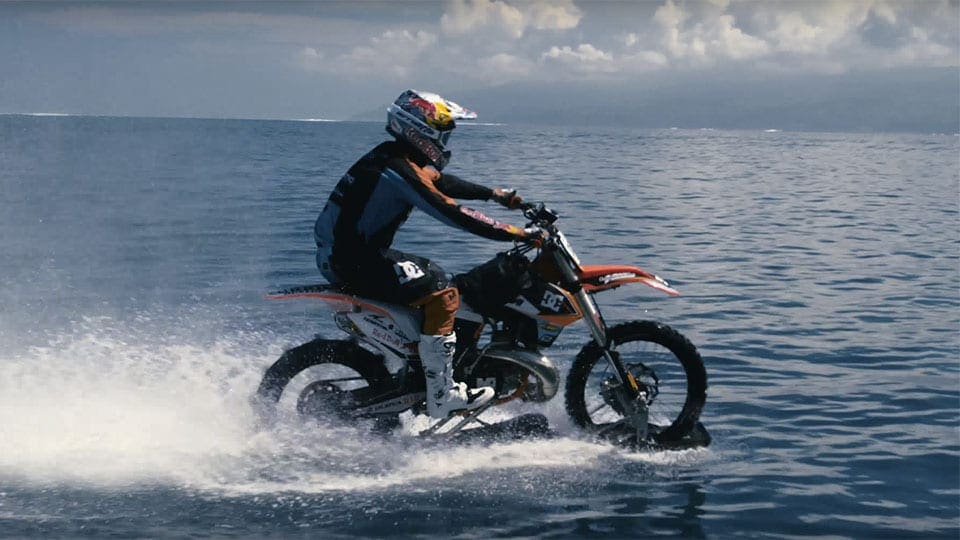 The Australian FMX legend made global headlines in 2015 when he rode the waterbike on a wave near Teahupoo in Tahiti, he said: “I am pretty excited to be coming to the Sydney Motorcycle Show and riding the waterbike in the heart of Sydney at Cockle Bay.

“This will be my first ever fully publicised waterbike ride and I hope everyone comes down to check it out.”

Maddison will ride the waterbike on a specially laid out course replicating a traditional flat track. 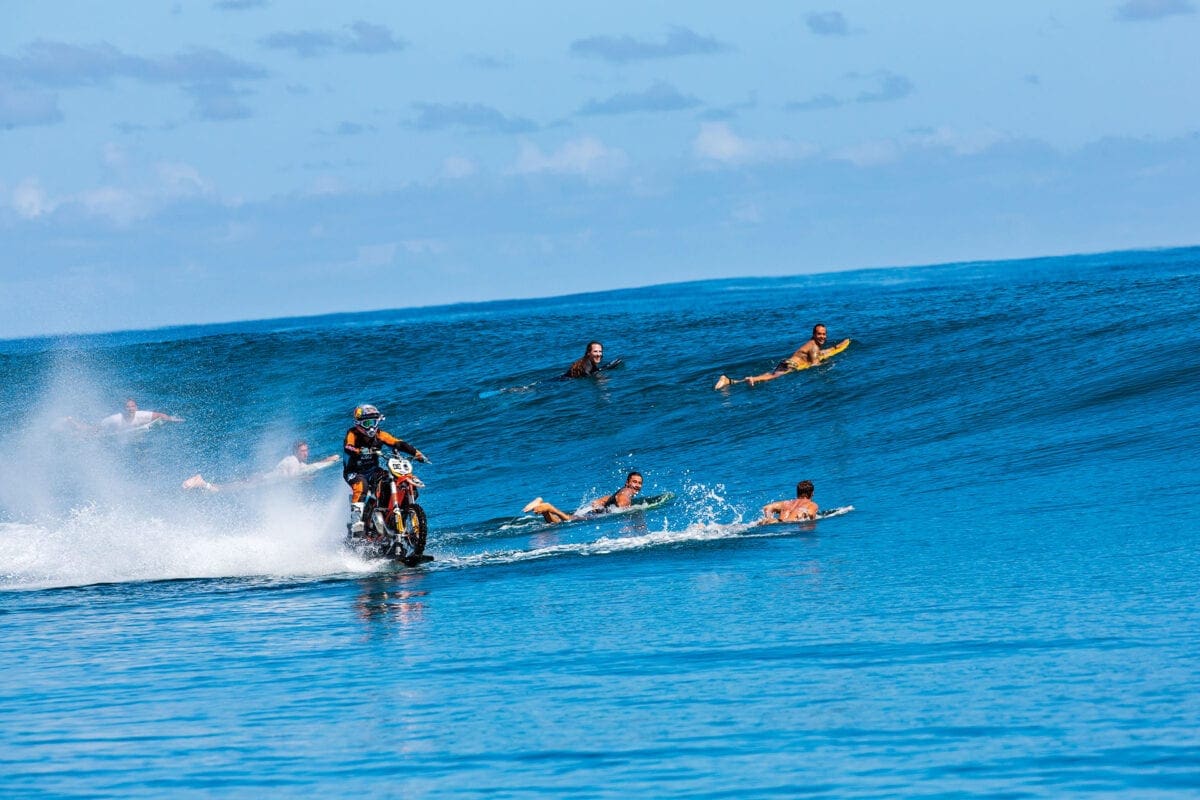 “We will be creating a full-blown flat track style layout on the water in Cockle Bay with 360 degrees viewing for all spectators which will be incredible,” Maddison continued.

“I remember going to the exact location years ago for the Red Bull City X and it was huge, hopefully, we can replicate that.

“I can’t thank the Sydney Motorcycle Show and Properties NSW for making this happen,” he added.

“We are absolutely thrilled to be giving motorcycle fans the first opportunity to watch Robbie (Maddison) ride the waterbike.

“He has been pushing the limits for years, his stunts such as the Corinth Canal jump, Arc de Triomphe jump, and backflip over the Tower Bridge in London have made him a household name.

“To see him riding the same waterbike he rode the big Tahiti waves on is a rare opportunity not to be missed as it may not be done again,” Bayliss added.