MotoGP: Dani Pedrosa blasts back to the top at Brno

Dani Pedrosa (Repsol Honda Team) has had a tougher start to the season than many but now back to full strength and having announced his retirement at the end of 2018, the number 26 shot back to the top of the timesheets at the Monster Energy Grand Prix České republiky on Friday. A 1:55.976 was Pedrosa’s time to beat, taking him over a tenth clear of second placed and top Independent Team rider Danilo Petrucci (Alma Pramac Racing). Pedrosa has 11 podiums at Brno including two MotoGP™ victories, the most recent of which he took in 2014. 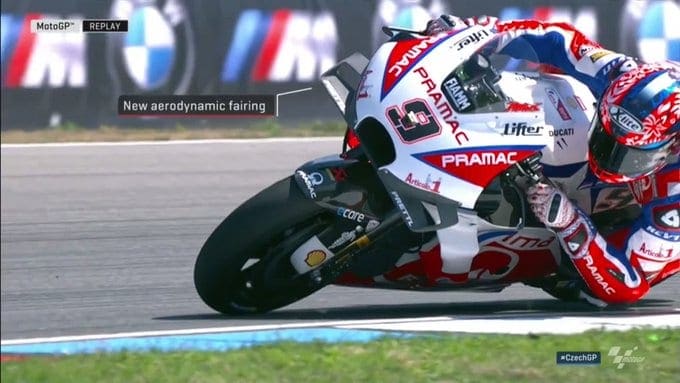 Petrucci’s pace wasn’t the only talking point for the Italian on Friday either. The number 9 Alma Pramac Racing machine sported a new aero fairing – now homologated – which counts as Petrucci’s update for the season, as the updates are counted by rider and not by manufacturer. More updates could be seen to more Borgo Panigale factory machinery elsewhere as well – with Jorge Lorenzo’s fuel tank sporting further modifications. 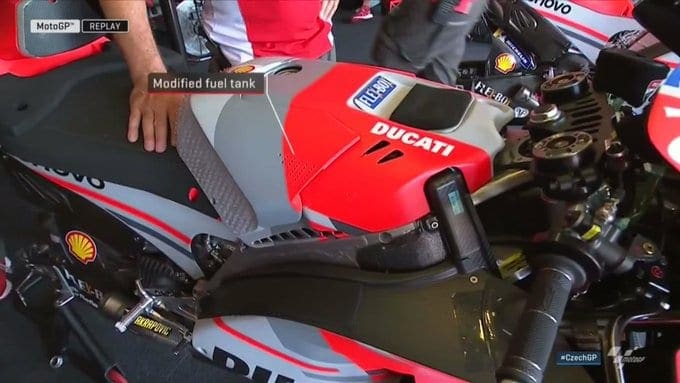 But behind Pedrosa and another impressive performance from top Ducati Petrucci, the top three was completed by another Independent Team Ducati runner – Alvaro Bautista. After four top tens in a row before the summer break, including a fifth place at the Sachsenring, the Spaniard continued his impressive run on Friday in Czechia to put the Angel Nieto team in P3.

In fourth it was another high-profile performance to impress as Hafizh Syahrin (Monster Yamaha Tech 3) leapt up the timesheets late on. The Malaysian was not only top rookie by some margin, he was also top Yamaha – and that after teammate Johann Zarco had also shown some good form in the morning to top FP1. Zarco did also improve his time in the afternoon, nut by only a tenth – leaving him ninth.

Behind Syahrin comes the second factory rider on the timesheets: Andrea Dovizioso (Ducati Team), and the Italian was the first to set a time attack on new tyres in the latter stages of FP2. He led briefly but rounds out the top five by the end of play on Friday – just head of Movistar Yamaha MotoGP pairing Maverick Viñales and Valentino Rossi. The two Iwata-marque factory riders had differing narratives, however, as Viñales was down the timesheets in the morning before bouncing back to surpass his Italian teammate, and Rossi showed good pace in both FP1 and FP2.

Tito Rabat (Reale Avintia Racing) took P8 to just pip Zarco by 0.014 and was another Independent Team Ducati rider to put in an impressive performance, with reigning Champion Marc Marquez (Repsol Honda Team) left to round out the top ten. 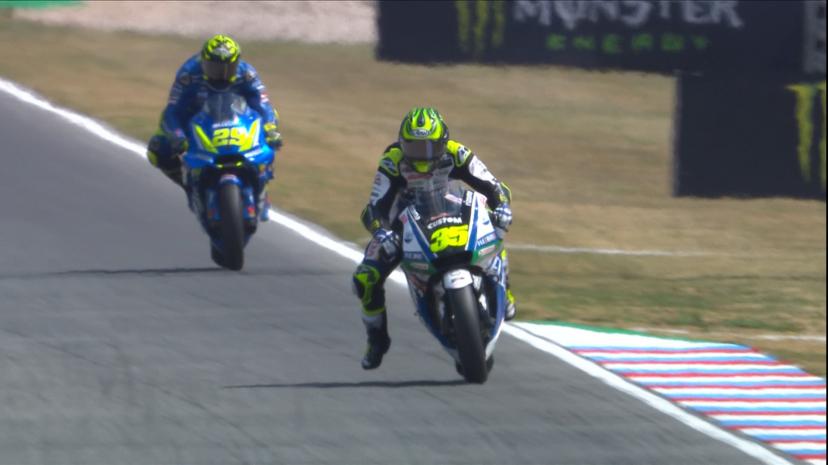 So after a scorching Day 1 it’s Pedrosa who leads the way as the pack shuffles in Czechia – can he keep that on Saturday? With a stunning record at the venue it could well prove the weekend that sees Pedrosa add to his incredible streak of winning a race every year for 16 consecutive seasons…but it will be far from easy. 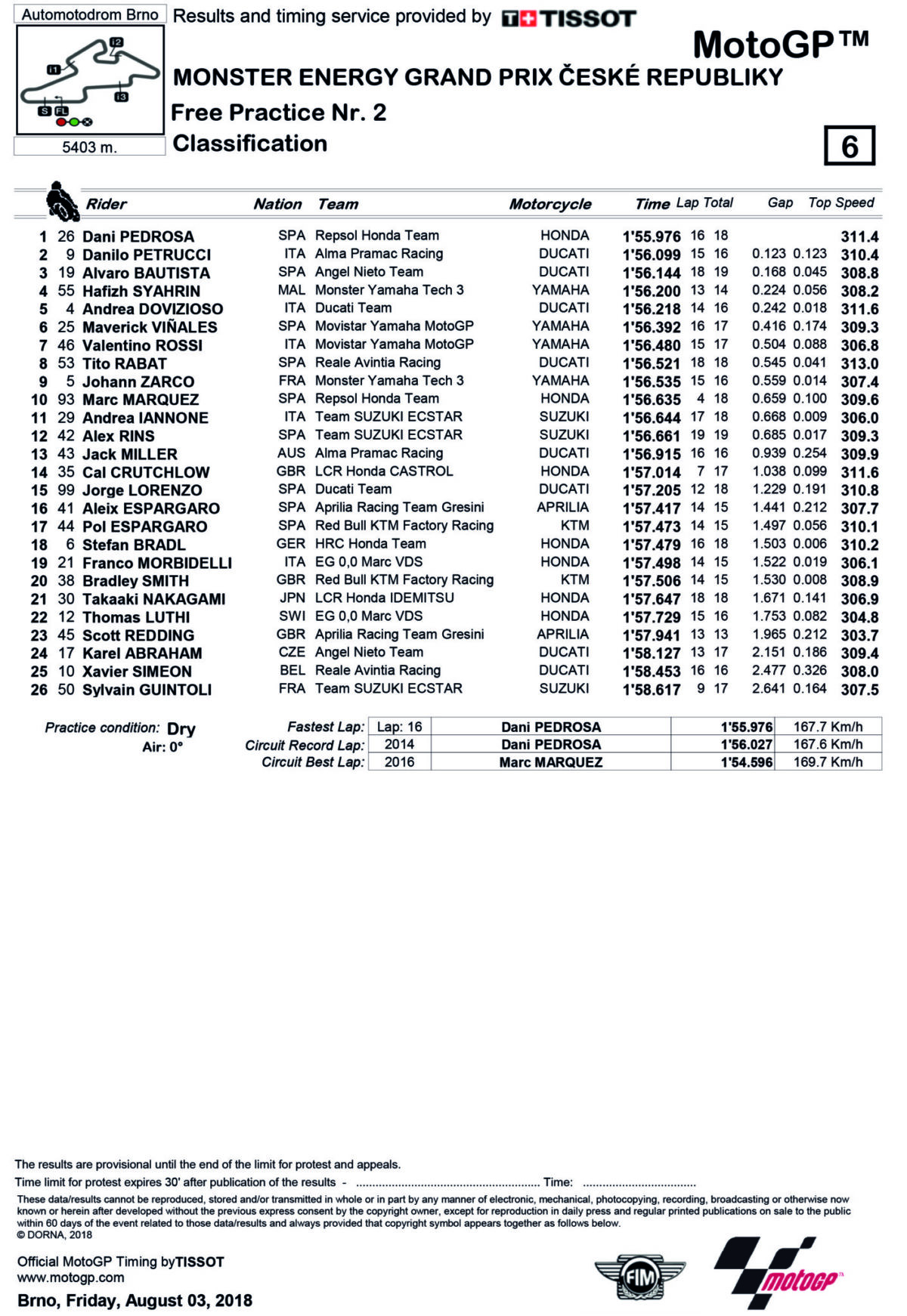