10 European roads you must ride on your motorcycle

Former policeman Mike Coleman has ridden about half-a-million miles since he took up motorcycling. His first bike was a Honda C70 step-thru. He was 18 and needed wheels to get to work. Thirty-two years later he rides a Triumph Tiger 955i and ‘work’ these days includes leading motorcycle tours. 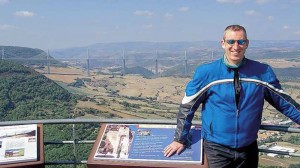 He first ventured overseas on a motorcycle in 1981 when he rode to the South of France on his Triumph T140 Executive. He has been hooked ever since. “I enjoyed it so much I didn’t want to leave and ending up staying so much longer than I intended that I arrived home literally penniless having had to borrow petrol money,” he said.

France remains a personal favourite and he recommends Europe as a whole because, “there’s so much variety in a relatively compact area and the scenery changes day-to- day.”

Last summer he turned his passion for motorcycles and foreign travel into a holiday business with the launch of Wild One Tours (see www.wildonetours.com or call 01673 862380). He describes it as a ‘bespoke service’ and his 2009 destinations include the UK, Ireland and over the Channel to the Continent. What they all have in common is great roads that make the getting there as important as the destination. Your average crow wouldn’t understand, but Mike is speaking the language of most motorcyclists when he says a pencil drawing of what a biker would describe as the perfect riding road would be a whole load of squiggles.

Mike explained the recipe: “Bends, ascents and descents are more fun of open sided roads with a good view ahead, so you can see what’s coming,” he said. “Combine this with a scenic setting, low traffic volume, good road surface and width to comfortably overtake and have what I would describe as a great road – the sort of road that fixes a smile that won’t come off and you can ride at a thrilling pace, be you an all out sports rider or a relatively novice, luggage laden touring bike rider. Obviously the longer the road the better. I mean you can’t really say a road is great if your ride on it is over in a few minutes.” These are the top 10 roads in Europe – tried, tested and carrying the Mike Coleman stamp of approval. Give some a go next summer. 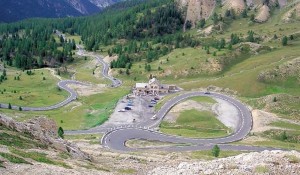 D902 between Bourg St Maurice and Guillestre, France
From north to south its stages include the highest mountain pass in Europe, the Col de L’Iseran (2770m), plus the Col du Galibier (2642m) and the Col d’Izoard (2361m). It takes the best part of a day to complete and ticks all the boxes for what makes a great biking road. My favourite section has to be the Col D’Izoard. Join the road for this section at Briancon, which is Europe’s second highest city. The road here has undergone recent major alterations and resurfacing. The dramatic scenery known as the Casse Desert could well have been transported from another planet. At Guillestre the road clings high up against a vertical cliff face with a long drop below and a low wall immediately to your right. Fear of heights won’t take the grin from your face and I guarantee that given reasonable weather any biker would love this road. 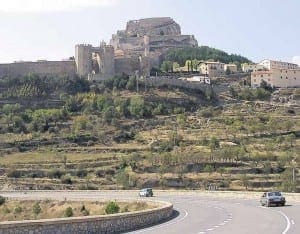 N232 between Alcaniz and Vinaros, Spain
The condition of some parts of this road are still pretty terrible, but recent major improvements, including resurfacing, now make it one of my favourites. Leaving Alcaniz, in the Spanish interior, the road winds its way to Vinaros on the Mediterranean coast, through mountain passes reaching a high of 1204m at the Puerto de Torre Miro. A sight to complement the natural scenery is a line of hilltop wind turbines which seem to stretch for miles like invading Martian fighting machines from War of the Worlds. And there is a great view of the castle and town of Morella as you approach from a series of sweeping downhill bends. N211 between Torrent de Cinca and Alcaniz, Spain Sections of this road you will want to ride over and over again, And no wonder – no traffic to jostle with, desert with higher ground to your left and the majestic Rio Ebro to your right. The surface is smooth and there are bends galore.

N7 between Frejus and Cannes, France
Sandwiched between the scenic but busy coastal roads and autoroute, the N7 snakes through the hills and forest of the Esterel. Excellent French road engineering aside, the surrounding landscape and climate is reminiscent of parts of Africa. The replica of the Djenne Mosque (Mali) which is at the Frejus end of the road near the Roman aqueduct does not look out of place here and makes for an interesting and unusual place to visit. 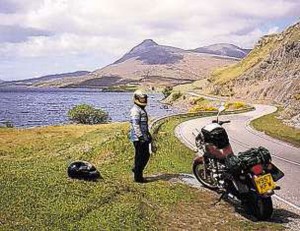 A837 between Inveran and Lochinver, Scotland
It would seem that most tourist traffic north from Inverness is bound for the coast and John O’Groats because as you turn west at Inveran onto the A837 you find yourself on a deserted road. At times little more than a narrow track, you need to trust the map because this really is an A road. Don’t expect to see any other traffic to confirm this and discard your mobile phone because it won’t work. Complete isolation! The road widens and the surface improves dramatically for long stretches, allowing you to pick up pace through the bends on what feels like your own personal road through the amazing moonscape of Assynt to the fishing port of Lochinver.

A832, Highlands, Scotland
A lengthy circular route perched high above the coastline and through the Wester Ross mountain valleys. There are great views to had from this road and considering how much it delivers in terms of scenery and challenging bends it somehow always appears to feel safe. Unlike many mountain and coastal routes you never seem to be riding on the edge of a precipice. Lacking agriculture, tractors do not appear to deposit mud on this road and clear views ahead reduce the risk of collision with farm animals and wildlife. 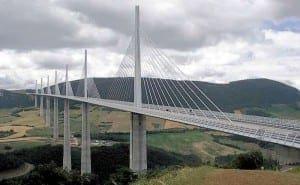 A75 (Autoroute), France
You could argue that a motorway cannot rank as a best biking road, but then you won’t have ridden this from junction 59 north of Beziers, where it rises from the Mediterranean coast into the Midi Pyrenees and to heights over 800m. Tunnels, fast bends and the spectacular Millau Viaduct (the world’s tallest bridge) crossing the Tarn Valley, which has the only toll stop for the entire motorway, make it a sheer pleasure. Turn off at junction 39 before it begins to resemble a more ordinary motorway. N88 between junction 39 on the A75 and St Etienne, France When the British speak of riding through the mountains of France they are usually referring to the Alps or Pyrenees and not the vast Massif Central, which this road crosses. The towns of Mende and Le Puy en Velay with speed cameras at approaches and exits interrupt the ride just long enough to catch your breath. Highlights on this road are the Col du Rayol (1240m) crossing impressive viaducts, and the final steep, twisty and fast dual carriageway section which drops steeply into St Etienne.

A2 between Larne and Portrush, Northern Ireland
The problem with a lot of so-called coastal roads is that you can’t see the coast due to flat coastal plains, buildings or just too much traffic. With the Giants Causeway and the North West 200 race circuit on this route there is plenty of appeal to tourists and motorcycle sport fans. It can at times attract quite a lot of tourist traffic but generally suffers few of the drawbacks of many coastal roads.

C14 between La Seu d’Urgell and Ponts, Spain
Entering Spain via the Pyrenees and Andorra is disappointing. The scenery is good but there is too much traffic, the road surface is poor and the towns are congested, However, once over the border most of the traffic heads towards Barcelona and on this road you can enjoy riding down the Pyrenean slopes towards Lleida and blast away the frustration caused by the stop/start of Andorran traffic. The engineering of this road is much better than its lowly C rating suggests and with the great scenery cries out, ‘Welcome to Spain’. Later in the day though you will be riding into the setting sun and shades are essential.