How to buy a motorcycle on eBay 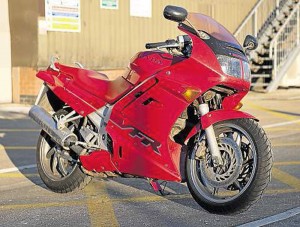 eBay has been the best and worst thing to hit the used bike market in a generation.

Good because it’s a global marketplace where you can find the rarest of bikes and bits for sale almost any day of the week. Bad because there are so many dodgy bikes out there dressed up as minters and because eBay is the opposite of haggling so it’s far too easy to pay too much money for something that, in many cases you haven’t even seen in the flesh.

The smart buyers have got it sussed. Think of it like you would a private sale, read the advert carefully, examine the pictures for the tell tale signs of someone with something to hide and ask the seller lots of questions. Then, decide how much you’ll pay – just like you would if you were there – and stick to it.

1 Selling it for a mate who doesn’t have a computer
What it really means is… “The bike’s knackered, you’re gonna come screaming at me for your money back. I need a get out.” If you really must bid then ask for the seller’s name and phone number, talk to the bloke and make sure the address you buy the bike from is the same as the logbook. That way you know you’re dealing with the seller.

2 Logbook is in the post
This means two things. Either, there isn’t a logbook, which is as dodgy as it gets. Or, the seller has only just bought it, realised that the bike is a hound and is desperately trying to get rid of it. Either way, don’t even think about it.

3 Just needs the carbs cleaning
The bike either doesn’t run at all or runs so badly you can’t really ride it. Cleaning the carbs is a lot trickier than it sounds (otherwise the seller would have done it) and there’s no guarantee that once they’re done it’ll run right. The problem could be half a dozen other things, including damaged diagphrams in the carbs, which can cost over £150 each!

4 Currently on SORN
Statutory off road notification or SORN is the legal status of a bike that’s been taken off the road. So it won’t be taxed or MoT’d. Which is fine but it also means you have no idea how roadworthy it is. This is a machine that could have suffered serious damage or neglect – that could need a lot of money and time spending on it. In the old days before SORN, such bikes would have been worth a fraction of the price of a good ‘un, but SORN and a culture where many riders only ride in summer have brought a respectability to unroadworthy bikes that they don’t deserve.

5 Unfinished project
Did the easy bits and then got stuck when something tricky/expensive cropped up. Find out what the problem is and bid low. Make that very low.

6 Must sell
Owner emigrating This is another way to sell dodgy bikes and avoid comeback. You won’t go looking for them when it goes pop because they’ve gone to Spain.

If you must bid, ask for the owner’s landline number and address in their new country. They must have one. And double check everything – the bike, the paperwork, the engine and frame numbers.