How to win the BMW Motorrad GS Trophy

Two farmers and a plasterer from the UK took on the world… and won. Here’s how they got their hands on the prestigious 2010 BMW GS Trophy… 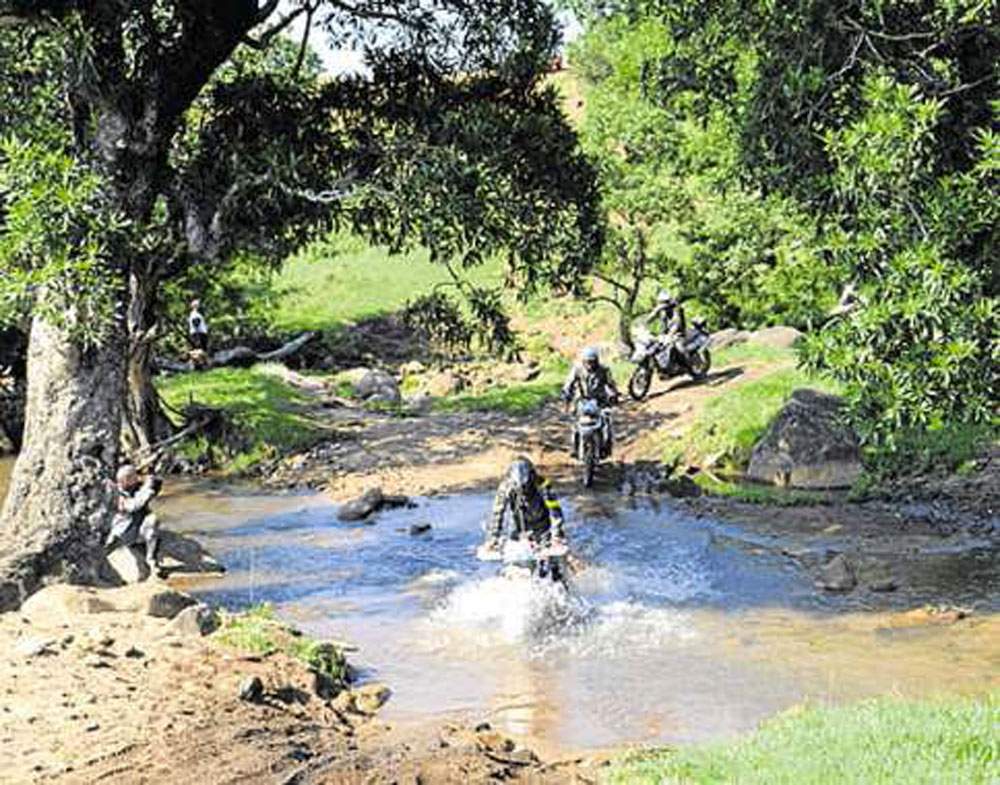 A team of three amateur riders (and one journalist) from the UK have won the recent GS trophy – a seven-day, 2000km off-road adventure across South Africa, Swaziland and Mozambique. the biennial event, organised by BMW  motorrad, featured 10 teams from 13 countries around the world, all riding BmW F800GSs, in a challenge of riding skills, strength, mental agility and endurance.

The British team, Alastair Allan (42), Kevin Hammond (50) and mark Kinnard (42) had declared modest aspirations before the event – Allan: “not to get eaten by a lion!” – yet on the second day they took over the lead of the competition and then succeeded in holding on to that lead to the very end. the trio, self-styled as ‘two farmers and a plasterer’, were joined by an ‘embedded’ journalist, Warren Pole, who while ostensibly a reporter on the front line reporting back to the UK press, was able to assist in certain special tests.

Reflecting on seven intense days of competition, mark Kinnard explained: “It was very tight going into the last day and I recall we’d said on the final night that whatever the outcome we would still be very happy, for although winning is terrific it was the experience – the country, the friendships, the shared highs and lows – that will stay with us long after the glow of victory will fade.”

The final day of the GS trophy had been a tense affair, with three teams in with a chance of victory as they rode BMW R1200GSs in the final trials-based event. team UK prevailed, winning by just one point over the pre-event favourites team South Africa and by two further points over team Nordic. 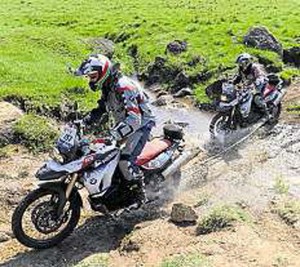 What is the GS Trophy?
The 2010 edition was only the second running of the GS Trophy after the inaugural event held in Tunisia in 2008. The event’s concept is a weeklong adventure ride, over 70% offroad, withadozen special tests – some based on riding skills, some based on navigation, on strength, on mechanical aptitude etc – along the way. The event is funded and organised by BMW and all entrants rode (supplied) brand new F800GSs with special preparation coming from adventure-specialist firm Touratech and tyres from Metzeler.

The three-rider (amateur) teams had won their way into the all-expenses paid competition through national qualifiers called GS Challenges, where they competed in trials-riding based events – again on supplied F800GSs – against up to 250 hopefuls. This year 10 international teams came to the GS Trophy, including teams from USA, Canada, Europe, South Africa and Japan.

The schedule saw the teams, starting from Johannesburg, ride for seven days through the three south African countries, passing through five game reserves – the first time motorcycles have ever been allowed to ride through the reserves – ascend 6000ft into mountains and reach the Indian Ocean before looping back to Jo’burg. The teams were supplied tents and sleeping kit and so bivouacked each night.

What was it like?
In a word: intense. While on paper the idea of riding around 300km (about 180 miles) a day – stopping for up to three special tests along the route – might not sound at all difficult, the reality, with so much of that distance being off-road, proved quite grueling.

Day Four was typically tough. After a 5.30am wake-up call, the riders proceeded to their first special test, a 3km, off-road towing exercise. Against the clock, this was no ordinary towing and half the teams were non-finishers after spectacular crashes. Following was a 330km ride on gravel roads that eventually turned to sand and then, just 30km from the day’s destination, turned to deep sand (all in 35ºC heat). This proved very testing, nearly every rider crashed at some point and Team Canada saw its entire team injured by the end of this stage. It was also very technical riding, which meant Team Japan, assisted by Team South Africa, arrived at the bivouac after dark. A very long day indeed.

The event also wasn’t without its dangers. The most significant crash befell Warren Pole, the British journalist, who crashed at 140km/h (87mph) on a gravel road on the sixth day. Pole was lucky enough to escape with bruises and stitches to a cut arm but his bike was written off after barrel rolling along the gravel and volleying a fence to land among rocks. 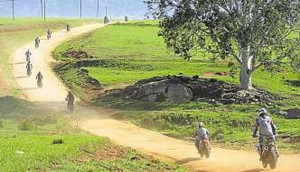 The wildlife could be a touch life threatening too. On a recce ride of one of the game reserves the GS Trophy photographer got caught off his bike by a rhino – which promptly charged. A boa constrictor, of some proportions, had also taken a lunge at one of the guides. And then on the fifth day of the event itself Team Japan had a narrow escape when they encountered, at a range of 10 metres, a herd of elephants. With the bull elephant highly agitated the rest of the competitors had a half-hour wait (at a safe distance) before the herd moved on and the GS Trophy could continue.

Ultimately, the event was heralded (by rider after rider) as a once-in-a life time experience. The riding had been epic, but the friendships and the camaraderie enjoyed between the riders (promoted by having the 10 teams ride paired, i.e. 5×2) had been incredible. Team USA’s Shannon Markle, all the way from Wyoming, summed it up best: “I find this whole event amazing. I have never heard of any other sponsored event that takes normal owners and treats them to an exotic experience halfway around the world. The GS lifestyle has opened my eyes to a whole new world.”

What the riders said
Team UK’s Kevin Hammond: “We absolutely loved the 30km sand special test on day four, we could have gone back and done that all over again. Seeing the Indian Ocean when we arrived was fantastic, that incredible blue water together with the first cold beer of the day, it was fantastic. And to top it all it was my 50th birthday. It doesn’t get any better.”

Team Nordic’s Börre Skiaker on reaching remote communities in Mozambique: “It was like walking into the television. I saw a lot of happy people, they were smiling, they were waving, they were trying to take your hand as you rode by. It’s so nice to get the contact with the people, it’s so real. I like that, it makes me happier and it gets me to thinking about the way we are living in Europe: you can have some question marks about what we think is important and necessary to have a good life.”

Guido Gluschirsch, Team Alps: “The F800GS was the perfect partner to the riders. They were normal people from normal life, riding so good you couldn’t imagine, and it was the samething with the bike – it was just a normal bike, yet it takes all the stones, mud and crashes.”