MoreBikes has teamed up with OptiMate – the battery saving charger people – to shine some light on the dark art of motorcycle batteries and how to look after them. Find out more at www.optimate1.com

A is for Alternator 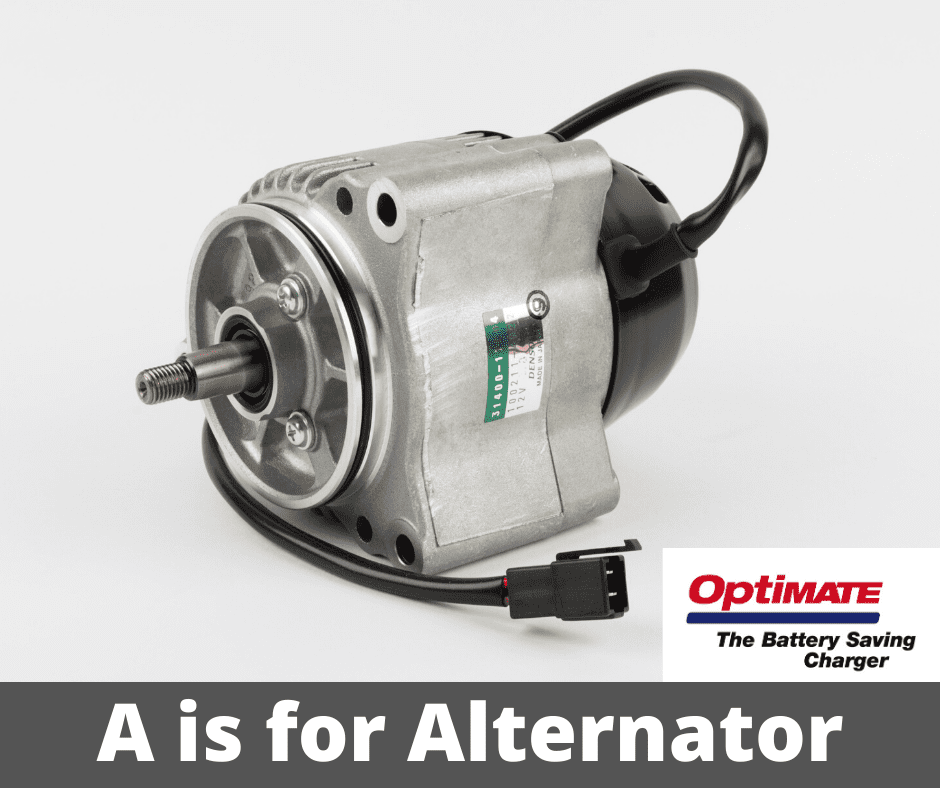 Motorcycles need electricity to power headlights, indicators, instruments and, of course, spark plugs. These tasks would drain the battery pretty quickly, so you need an alternator to generate electricity that will top up the battery while the engine is running. It produces alternating current, hence its name. If you need to recharge the battery after riding your motorcycle, it could be a symptom that your alternator is faulty. With the motor running, your alternator should produce between 13.5-14.5 volts, measured at the battery terminals.

B is for Battery 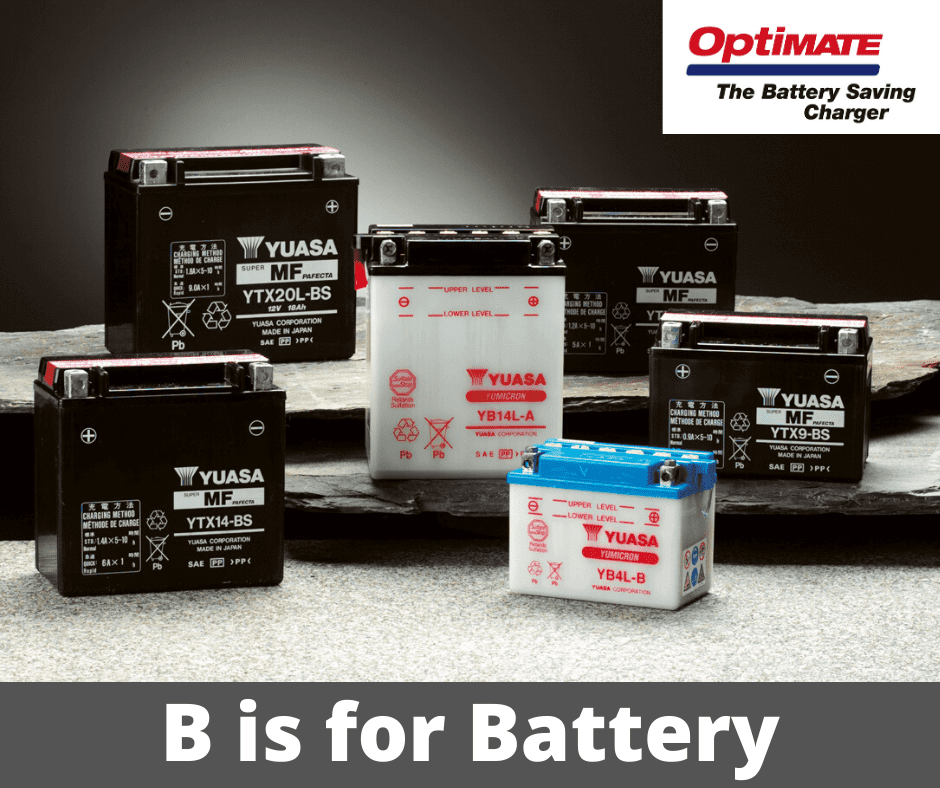 The beating heart of your motorcycle’s electrical system. Whether you’re using a traditional lead-acid battery, or a high-tech lithium unit, your battery relies on a chemical reaction between lead plates and electrolyte to produce electricity. Just like your mobile phone, over time the chemicals become exhausted and the battery runs out of power more quickly than when new. Eventually, it won’t hold a charge any more and needs replacing. This is where intelligent battery chargers, like the OptiMate 1 Duo, which will maintain both lead-acid and lithium batteries, play an important part. By keeping the battery fully charged, the chemicals stay in peak condition and battery life is extended.

C is for Charging 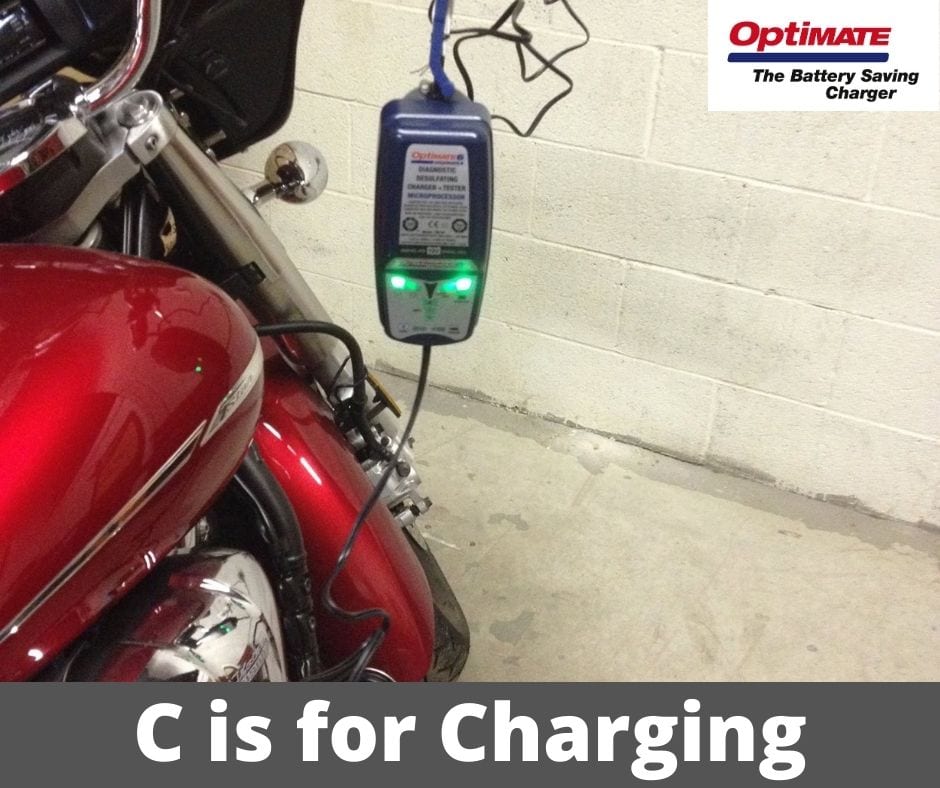 Even when the engine is switched off, the chemical process in the battery continues, only a lot more slowly. That’s why, if your bike isn’t ridden for several weeks, you discover there isn’t enough power in the battery to start the engine. It’s vital to use a motorcycle-specific charger to fix the problem. Car batteries are physically much bigger than the items fitted to motorcycles, and a car charger could potentially overwhelm a bike battery and cause it to overheat and fail. Alternatively a smart charger, like the OptiMate range, can be connected to the battery whenever the bike is parked for more than 24 hours. It will monitor the battery, topping it up whenever it detects a drop in voltage. That way your battery is permanently fully charged and ready for action. 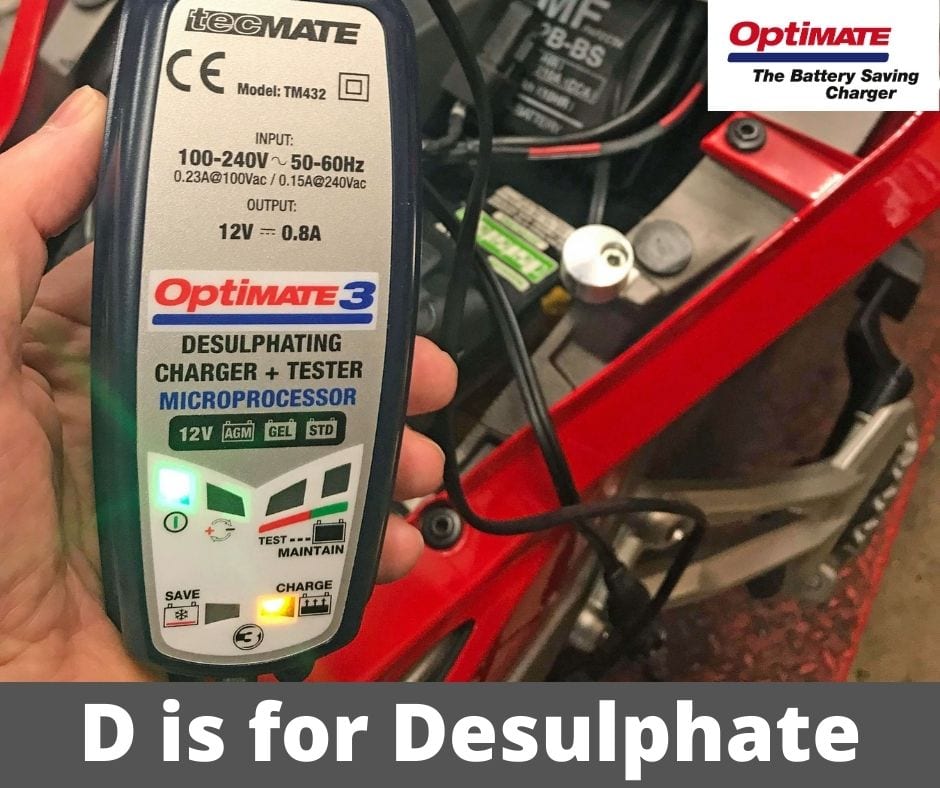 When you burn petrol to generate power, it creates waste gasses, which come out of the exhaust pipe. Generating electricity inside a battery also creates waste – lead-sulphate – which sticks to the lead plates inside the cell and gives them a white coating. Over time, a poorly maintained battery becomes sulphated – the plates have such a thick coating that they cannot react with the chemicals to make electricity. If the battery runs out of power almost immediately after it has been recharged, it may well be sulphated. The good news is that this process can be reversed, using an intelligent charger, like the OptiMate 3 or 4. These break up the lead-sulphate, using high voltage pulses, to regenerate the ‘fuel’ inside the battery. This process is called desuplhation.

E is for Electrolyte 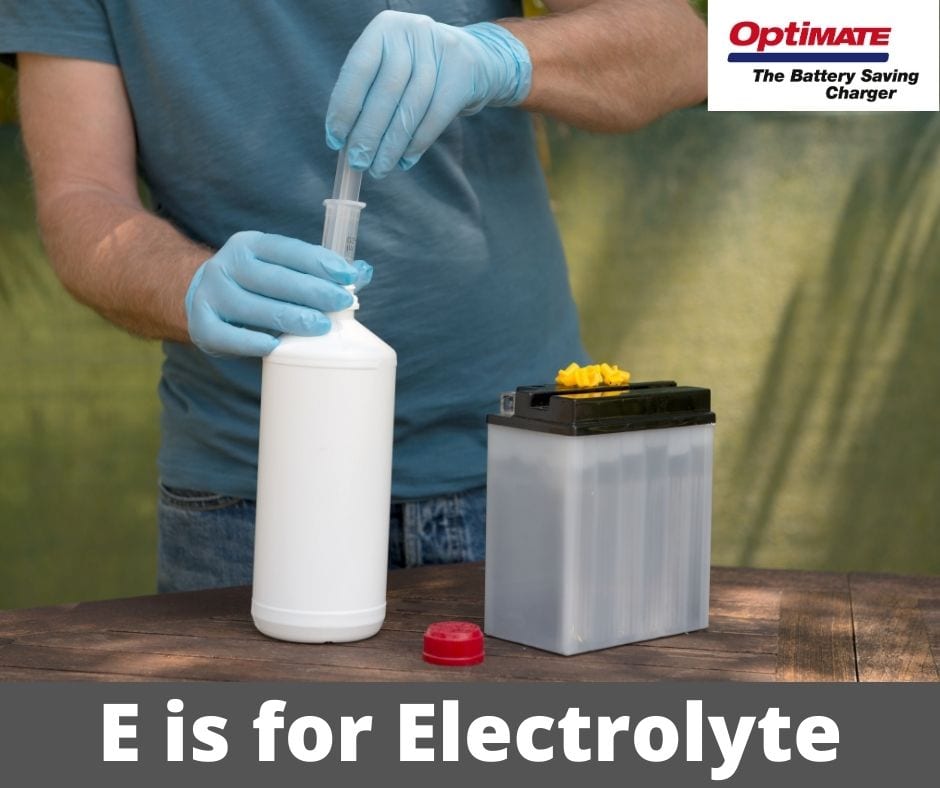 A typical 12-volt lead-acid motorcycle battery is made up of a plastic case containing six cells. Each cell contains metal plates – lead for the negative plate, and lead-oxide for the positive plate. These are immersed in a sulphuric acid and water solution called ‘electrolyte’. When electricity is needed, for headlights, indicators, etc, the electrolyte reacts with the lead plates to generate current. Eventually, all of the sulphate atoms in the acid will be used up and the electrolyte basically becomes water, at which point the battery is flat.

F is for Flat Battery 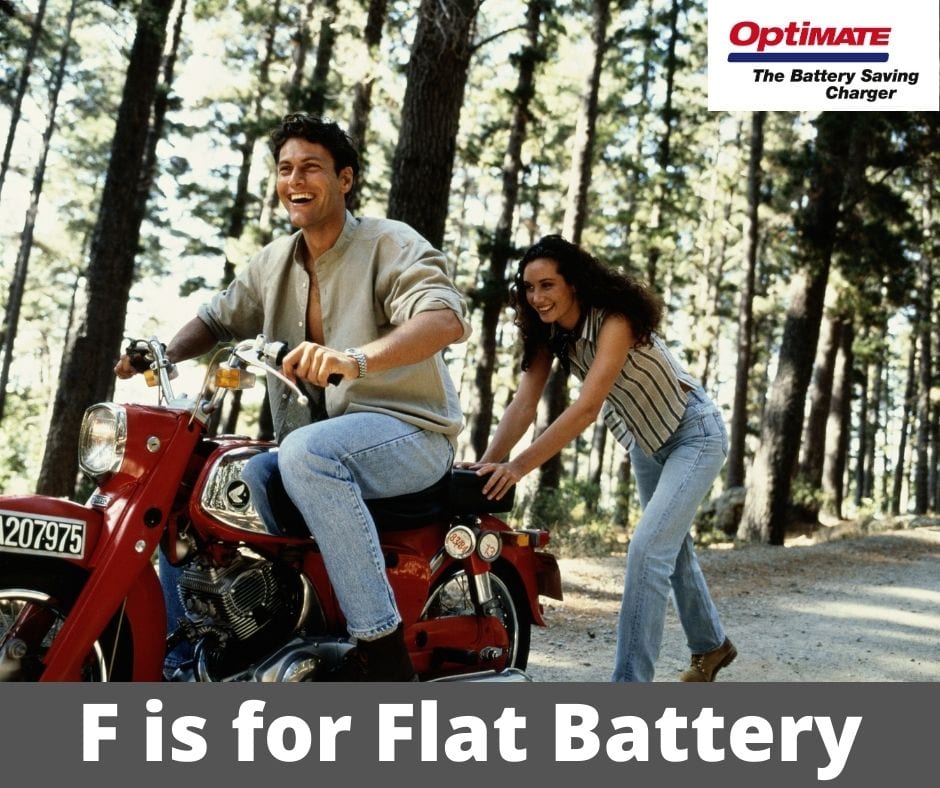 You might think that a 12V battery is flat when it drops to zero volts, but that’s not how it works. Once a 12V battery falls below 9V it will no longer have sufficient power to keep your motorcycle running, let alone start it. In this weak state, a battery can deteriorate quite quickly, as lead sulphate builds up on the lead plates inside the cells, and it can reach a point where is cannot be recharged, unless using a specialist charger, such as the OptiMate 3 or 4. The best way to avoid a flat battery is to connect it to a smart charger, (e.g. OptiMate 1 Duo) when the bike is unused. This will keep the battery fully charged. Only jump-start a flat battery in an emergency – it is very easy to damage both the battery and the electrical system unless you know what you’re doing!