MoreBikes has teamed up with OptiMate – the battery saving charger people – to shine some light on the dark art of motorcycle batteries and how to look after them.

G is for Ground (or Earth)

The ground – or earth – is the return path for all of the current supplied by the battery and/or alternator. All electrical components on your motorcycle have a ground, but instead of each one having a separate wire, the negative side is often connected (grounded) to the frame. The frame is connected by a single, short, heavy wire (the ‘earth strap’) to the negative terminal of the battery, which completes every circuit. A poor connection to ground – often caused by corrosion at the connecting point – is a common cause of electrical fault. 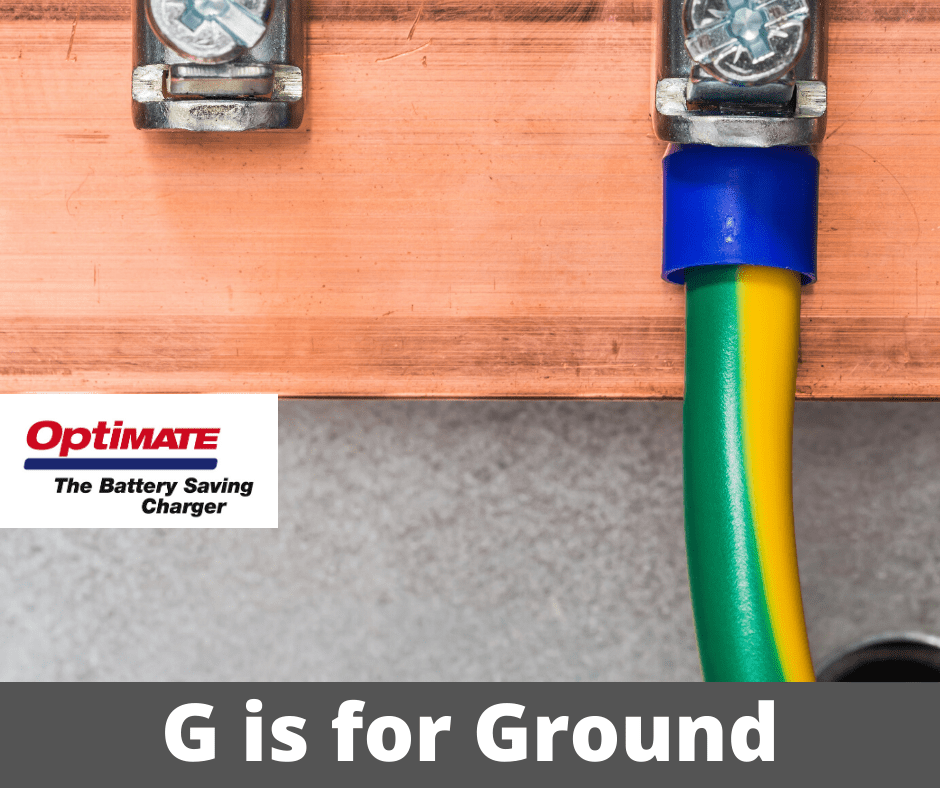 H is for Heat

If you’ve ever touched a battery when it’s ‘working’, you’d have discovered it feels warm – that’s the chemicals moving around inside creating the power. The hotter the battery is, the faster the chemical reaction will occur. While that increased temperature can provide increased performance, the rate of unwanted chemical reaction will go up, resulting in loss of battery life. It can also evaporate the water inside, changing the chemical ratio. Overcharging can generate a lot of heat and can significantly reduce battery life. Always use a smart charger that will automatically stop when the battery is full, to reduce the risk of overcharging. 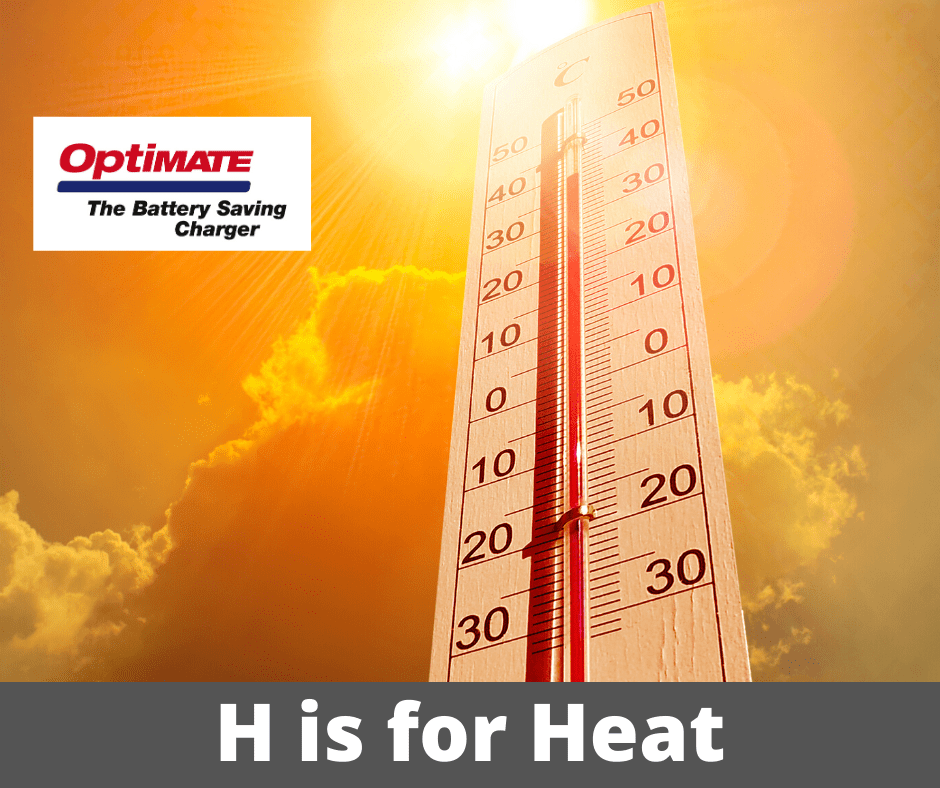 I is for Insulation

Essential to prevent short circuits and, in some cases, electrocution. All the electrical wires used on your bike will be insulated, i.e. have a PVC or rubber coating wrapped around the metal wiring. If that insulating layer comes away, or if the cable rubs against the frame or bodywork and wears it away, it leaves the wire exposed and can cause a short circuit or other electrical problems. 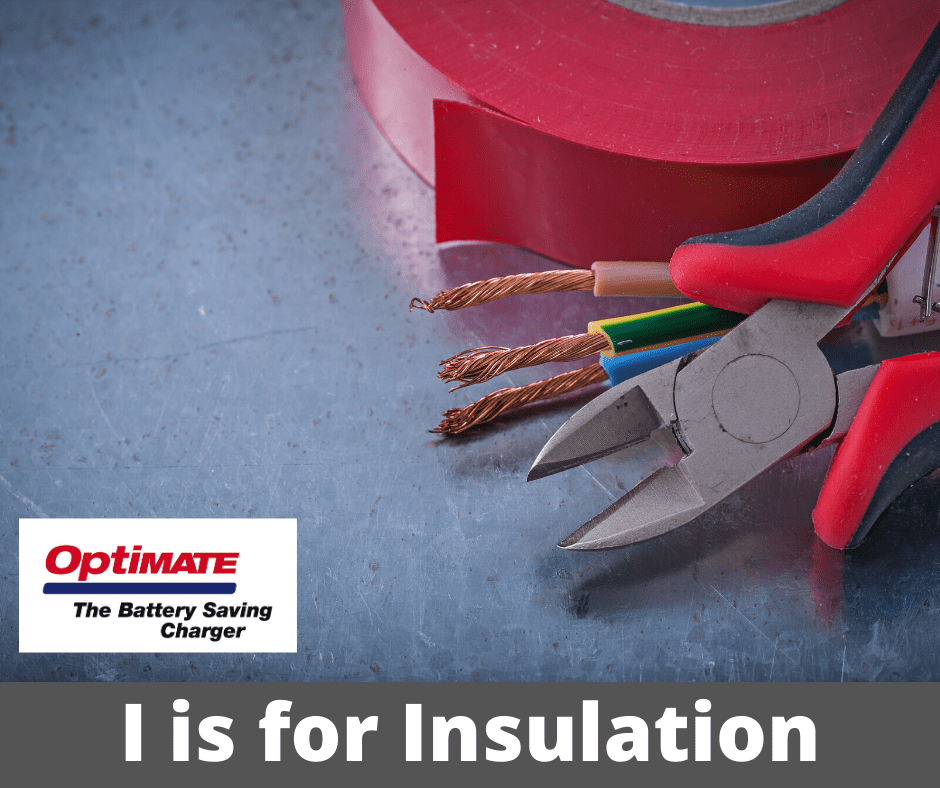 J is for Jumpstart

Only jumpstart your motorcycle if there is no other option, because the shock can damage a battery. Connect the red (positive) lead to both batteries first, then the black (negative) lead. If you’re using a car battery as the donor, DO NOT start the car. If it’s bike-to-bike, you may need to start the other bike first. When you’re done, disconnect the jump leads in reverse order. NEVER jumpstart a lithium battery. A deeply discharged lithium battery needs to be recharged very carefully. A high voltage shock, like you get with a jump start, can severely damage it and even make it explode or catch fire. 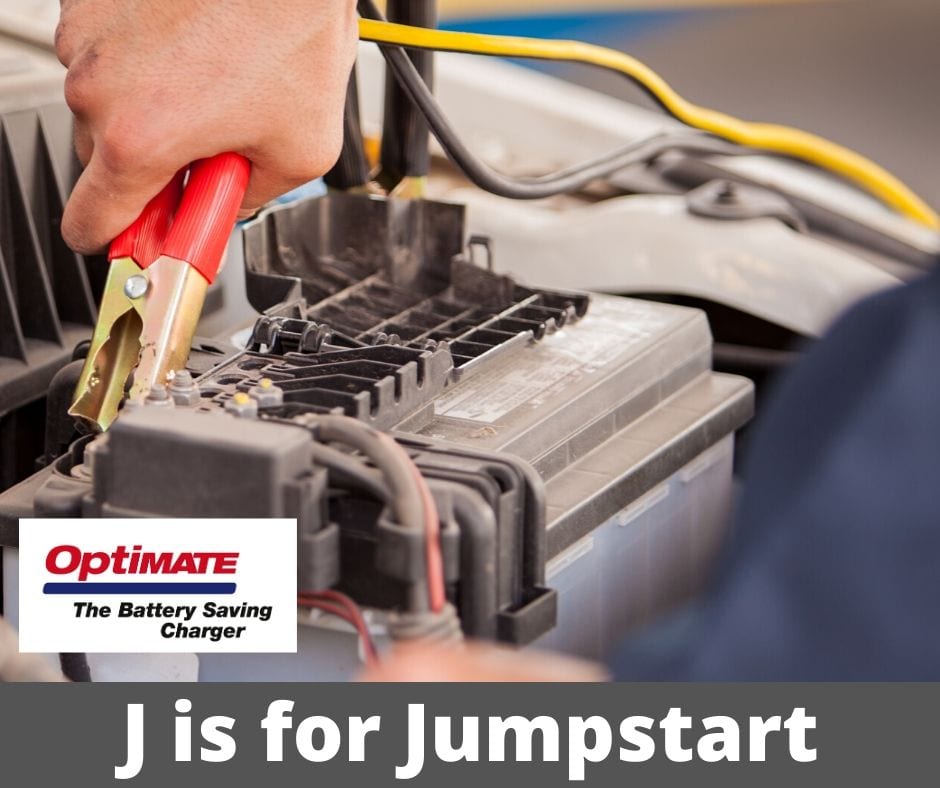 K is for Kilowatt hour

The energy rating – or capacity – of a battery is usually given in kilowatt-hours (kWh). It is an estimate of how much electricity the battery is capable of delivering over the course of an hour. To calculate the kilowatt-hours in a battery, multiply the amp-hours by the voltage, then divide by 1000. So a 4Ah 12V battery is 4 x 12 (= 48) divided by 1000 = 0.048KWh. 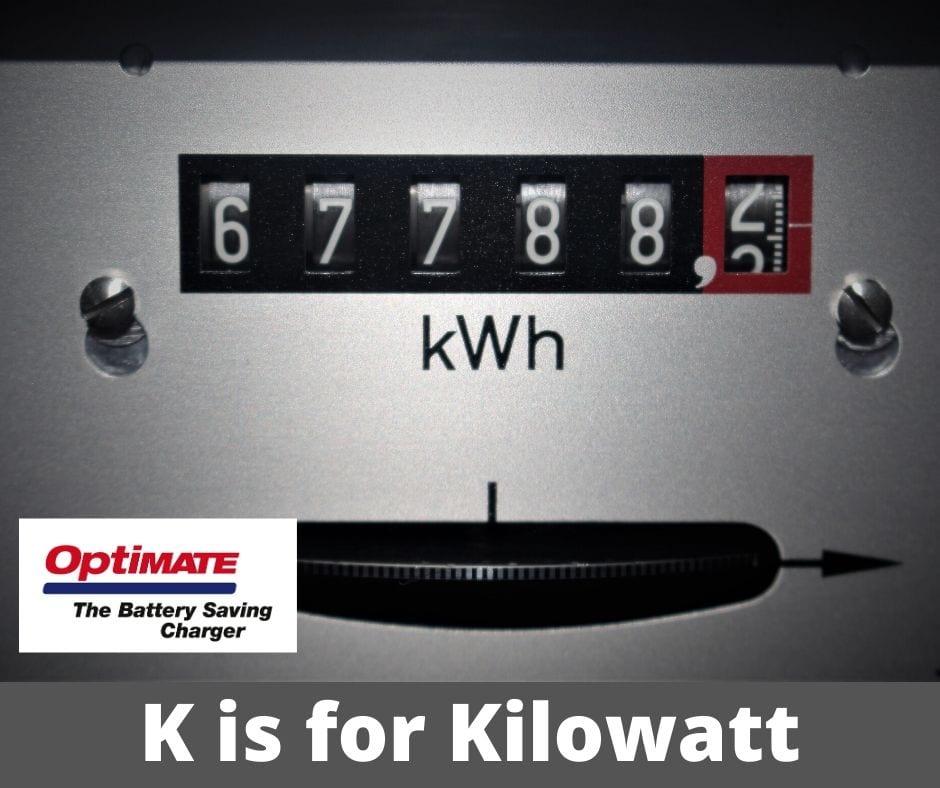 L is for Lithium

A Lithium-ion battery (specifically LiFePO4 for motorcycle use)  is one that produces power using a different chemical reaction to a lead-acid battery: lithium atoms move from the carbon anode (the positive terminal) to the LiFePO4 cathode (negative terminal) to produce the power. Lithium batteries are becoming increasingly popular as OEM fitment for bikes – KTM, Husqvarna, Honda and Yamaha all now fit 12 Volt lithium batteries to many of their premium bikes – because they’re compact and lightweight, yet deliver high voltages. Although rated as 12V, lithium batteries require specialist chargers, because regular lead-acid battery chargers can cause them to overheat and fail 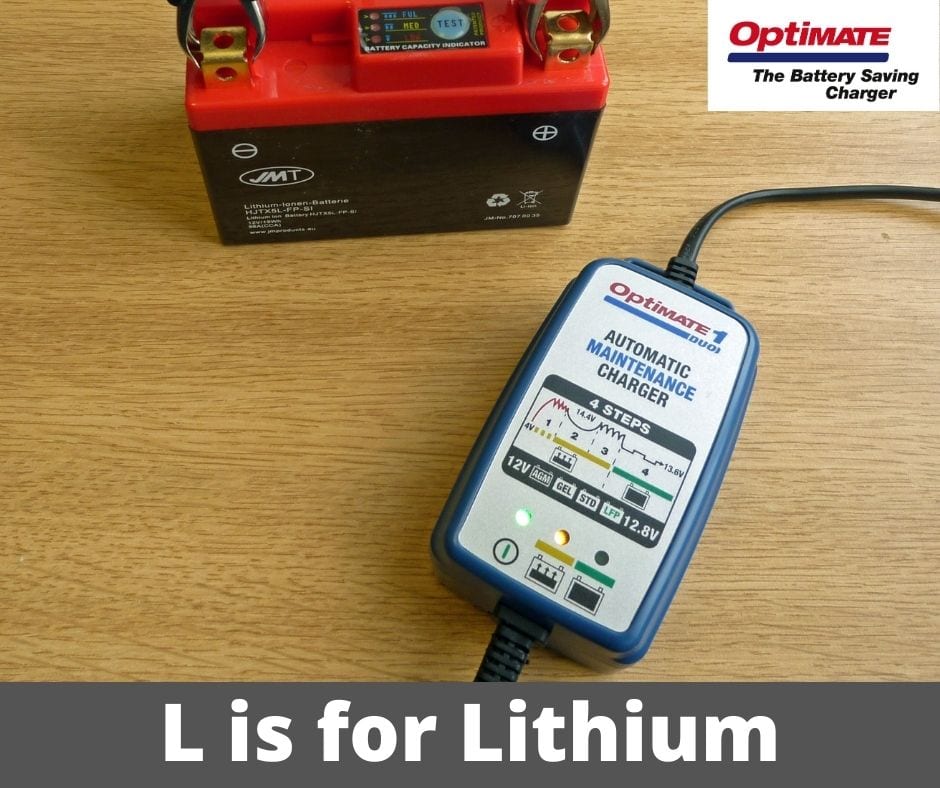 Find out more at www.optimate1.com