Honda has announced a 40th anniversary edition of its Goldwing F6B for 2015. Here are the full details from the press release…

The Bagger trend has found great popularity over the last decade. It centres around fully-dressed touring bikes stripped down to just a couple of bags out back, with cut-down screen and minimal fairing.

It’s a style that has injected an undiluted custom attitude into the traditional touring arena, with a combination of cool credibility, genuine practicality and fresh, exciting style inspired by the needs of a younger generation of rider.

In 2013 Honda unleashed a new breed of Gold Wing to sit alongside the peerless original. The Gold Wing F6B was stripped, stylish and smooth; part custom, part cruiser. But the Gold Wing F6B was very much all Bagger: a touring bike distilled to its absolute essence, powered by one of Honda’s engineering jewels – the incredibly soulful horizontally-opposed six-cylinder engine.

In celebration of the Gold Wing’s 40th year of production, the 2015 Gold Wing F6B has received two important upgrades in response to owner requests, plus commemorative emblems and key fob to mark this special motorcycling milestone.

The 1,832cc engine driving the Gold Wing F6B is an undoubted masterwork, but it’s the style of the Gold Wing F6B that initially grabs attention. From its stubby screen it flows fluidly from front to rear, and for 2015 the new Matt Bullet Silver Metallic paint, set against blacked-out frame, forks, wheels and swingarm, gives Honda’s biggest Bagger a subtle, cool presence. Exclusive seats provide long distance comfort and support for rider and pillion and the 4-speaker sound system guarantees listening pleasure at speed from the RDS stereo system.

Feedback from owners has led to two specification upgrades for 2015. Reverse gear is now also original equipment on the Gold Wing F6B. Operated from the right handlebar and driven by the electric starter motor reverse helps back the bike out of an uphill parking space, especially when loaded or with a pillion. The second addition – electronic cruise control – makes long highway days pass even more easily.

Built to be at home in an urban environment as well as the open road, the 2015 Gold Wing F6B is 29kg lighter than the Gold Wing GL1800 yet packs similar chassis, power and stunning torque delivery. Add its stunning looks and undeniable road presence – plus 40th anniversary emblems found on the fairing front and inner – and it’s a machine that serves up a very special riding experience. 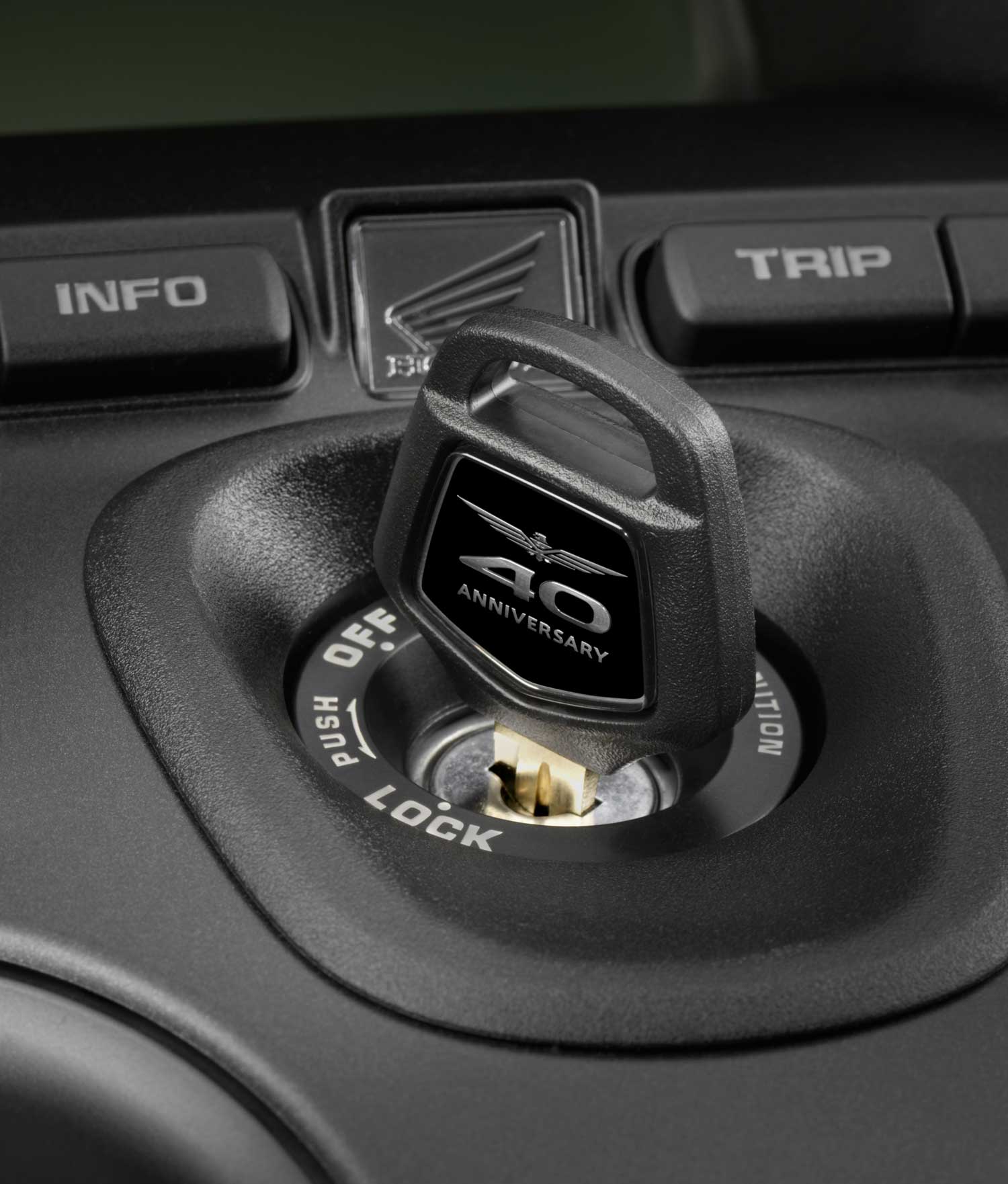 For 2015, the F6B’s exhaust internals have been re-worked to create a “dual personality” exhaust note similar to that of the Gold Wing F6C power cruiser – a throaty growl at low-rpm, building to a high-pitched crescendo at maximum rpm.

The cut-down screen has been designed to allow a feeling of freedom yet still give decent weather protection; larger circular meters, with LCD indicators underneath, provide relevant information in an easy-to-read format, with typical Gold Wing style and quality.

Lockable twin rear bags and easy-to-access cubbyhole in the centre console provide ample storage space. Fuel capacity is 25-litres, including 4.4-litre warning light reserve. The seat for rider and pillion delivers a great sense of space – almost like riding in a convertible car. The rear pillion has footpegs and black aluminium grab rails.

Music to ride by is provided by a four-speaker stereo system, placed in front of the rider that delivers vivid sound clarity and strong bass performance. It also supports iPod or USB Flash Drive connectivity, and tunes in MP3, WMA or AAC format can be accessed and played on the move.

The Gold Wing F6B is a nimble-feeling and agile machine; it’s comfortable to use on a congested city street and fun on a twisty road, while performing with uncommon ease on the open highway. Constructed from lightweight multi-box aluminium sections its twin-spar frame is aided by the engine’s low centre of gravity to create a great-handling chassis at all – and especially slow – speeds (the engine itself also acts as a stressed member). The 45mm telescopic forks feature anti-dive, while the Pro-Link monoshock is manually adjustable for spring preload. 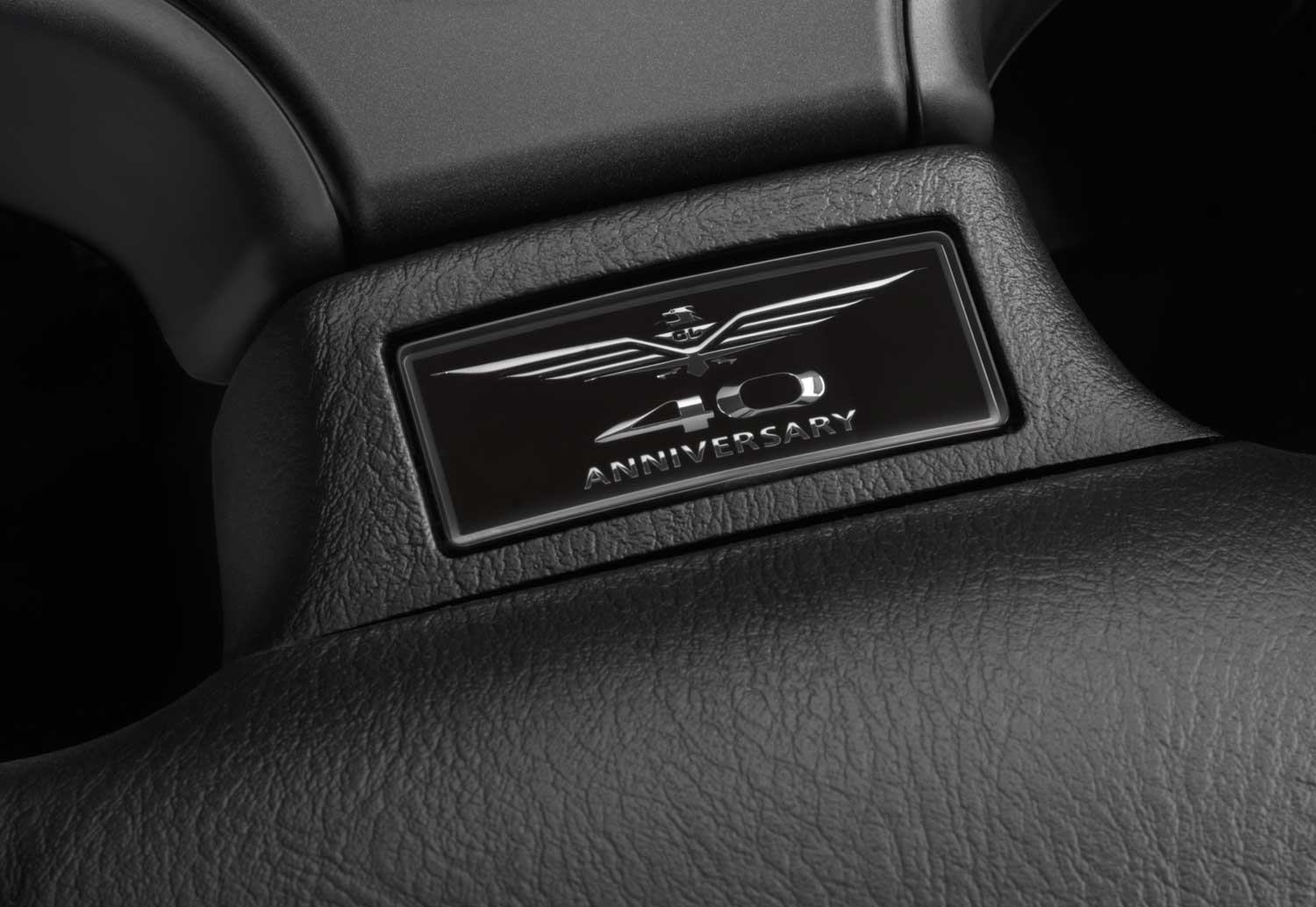