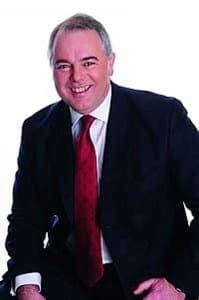 Richard Bacon, MP for South Norfolk, has been given a national road safety award by the charity Brake and Direct Line Group for his campaign to give local residents the power to lower speed limits in their own communities.

In a letter to transport secretary Patrick McLoughlin in August this year, Richard urged the government to introduce a ‘community right to reduce speed’, giving local residents the right to request their local highway authority lower the speed limit on any named road by 10mph – with a presumption in favour, unless local police have reason to object.

Richard’s proposal is in line with the government’s localism agenda – giving more rights to local communities. His approach emphasises the belief – shared by Brake – that local residents have the right to enjoy their communities without being endangered by fast traffic, and that they shouldn’t have to wait for someone to be killed or injured before action is taken to prevent crashes.

First elected in 2001, Richard’s campaign comes after many years of supporting communities to call for lower speeds and other road safety measures, often finding highway authorities unwilling to take prompt action. Many tragic crashes within Richard’s constituency have spurred him to campaign for authorities to be more proactive in preventing devastating deaths and injuries. For example, one constituent, Andrew Mason, father of three, was killed when his motorcycle was hit by an elderly driver. This spurred Richard to urge Norfolk County Council to introduce pelican crossings and traffic lights in Harleston.

Richard has also been involved in campaigning to introduce a 20mph limit around Morley CE primary school, reviewing unsafe pavements, and reduce the speed limit on the A146 from 60mph to 40mph. He is now focusing on reducing speed limits and working with his constituents on specific roads, such as Long Lane, between Stoke Holy Cross and Framingham Earl. He has even taken part in Barford and Wramplingham Parish Council’s ‘OAP test’, demonstrating the time required for an older pedestrian to cross the B1108 Norwich to Watton road.

Richard hopes to receive a response to his proposal from the transport secretary now parliament has returned from the summer break.