Akrapovič has added to its ever-growing range of Slip-On Line exhausts with the launch of a black version for the BMW R 1200 GS and R 1200 GS Adventure.

The new Slip-On Line exhaust has an outer titanium sleeve, which is then black coated to give it an appealing look that matches and enhances the appearance of the GS. Designed for the 2013–2015 BMW R 1200 GS and the 2014–2015 R 1200 GS Adventure, the system will improve power, increase torque levels, and reduce weight, claimed to give the machine even greater levels of performance and resulting in a much smoother ride from the BMW Boxer engine—and, on top of all this, that unique Akrapovič sound.

The Slip-On Line exhaust is finished with a heat-resistant carbon-fibre endcap, which has been developed from race-proven materials, and optional stainless steel or titanium headers are also available, which will add more power and torque, and reduce weight even further as well as making the machine stand out even more from the crowd. This exhaust system has been designed for full compatibility with the BMW side cases and so, no matter where riders’ adventures take them, the Akrapovič Slip-On goes with them!

The system is EC type approved and comes with a full easy-to-use mounting manual, allowing owners to simply plug-and-play because no re-mapping is required and no other parts are needed.

The black Akrapovič Slip-On Line system adds to the performance and visual appearance of the BMW R 1200 GS, allowing the adventure capabilities and presence of the machine to combine in perfect harmony—and, if black isn’t the way the owner wants to go, then the same system is available in titanium. 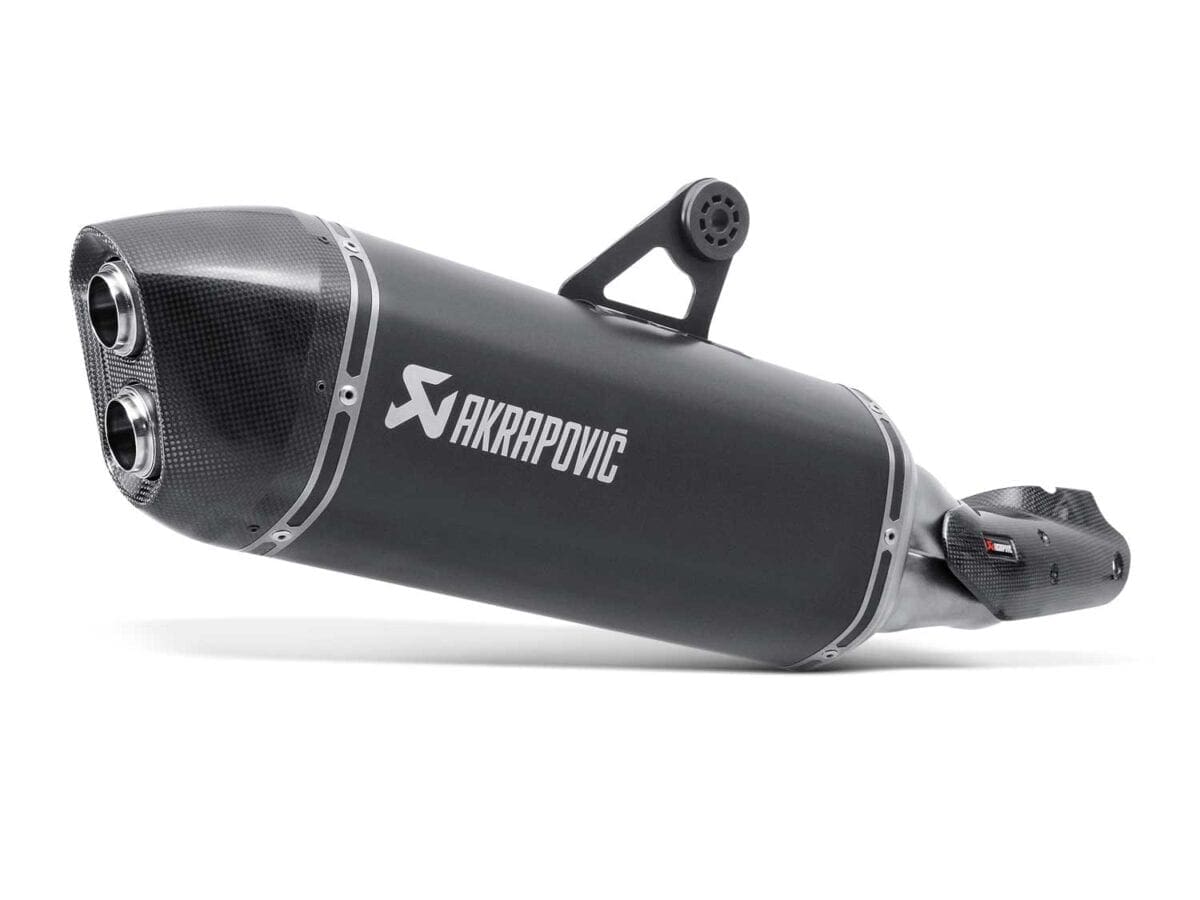