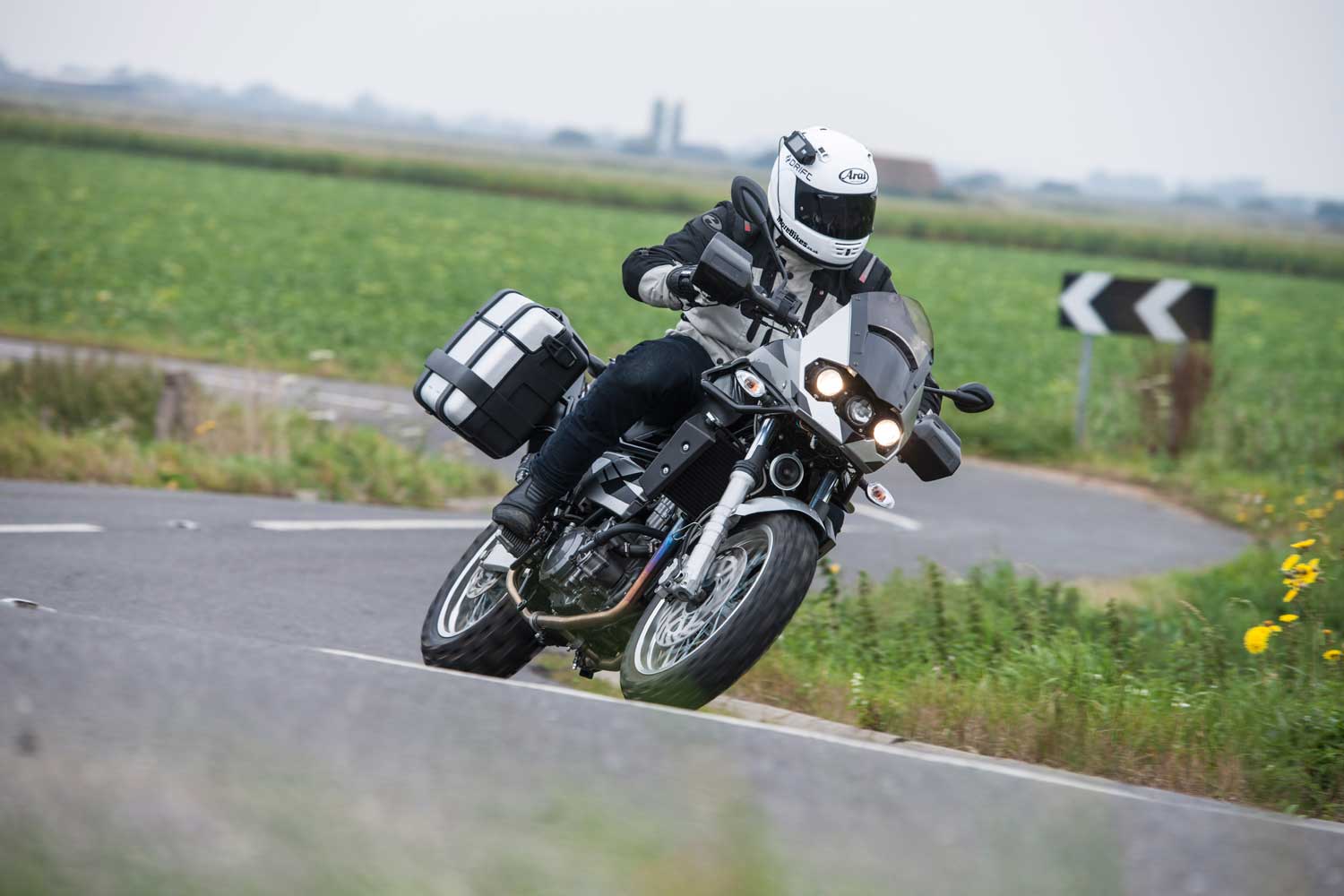 Building bikes since 1929, Jawa is a European manufacturer exporting to over 20 countries worldwide. Its popular twin-cylinder two-stroke 350s are the last of the big oil-burners, but the new 660 Sportard is the first of a new range: A line of bikes that the Czech Republic factory hopes will bring a wider audience to the marque.

Built by Italian manfuacturer Minarelli – a business now owned by Yamaha – it’s the same five-speed motor as used in the Japanese company’s XT660. The fuelling and electronics are shared between the two machines (so maintenace parts can be picked up from any Yamaha dealer if necessary), but the engineers at Jawa have eeked out an extra 1.2bhp with their own well-crafted exhaust. Peak power comes in 500rpm higher than the XT, and peak torque is 750rpm further up the range, but 2lb-ft lower. These variations at peak make little difference on the road, but the engine pulls smoothly from 3000rpm right up to the rev limiter, around 7500rpm. Unfortunately for Jawa, that extra poke puts the standard bike just out of the reach of A2 licence holders, but a simple restrictor is freely available. 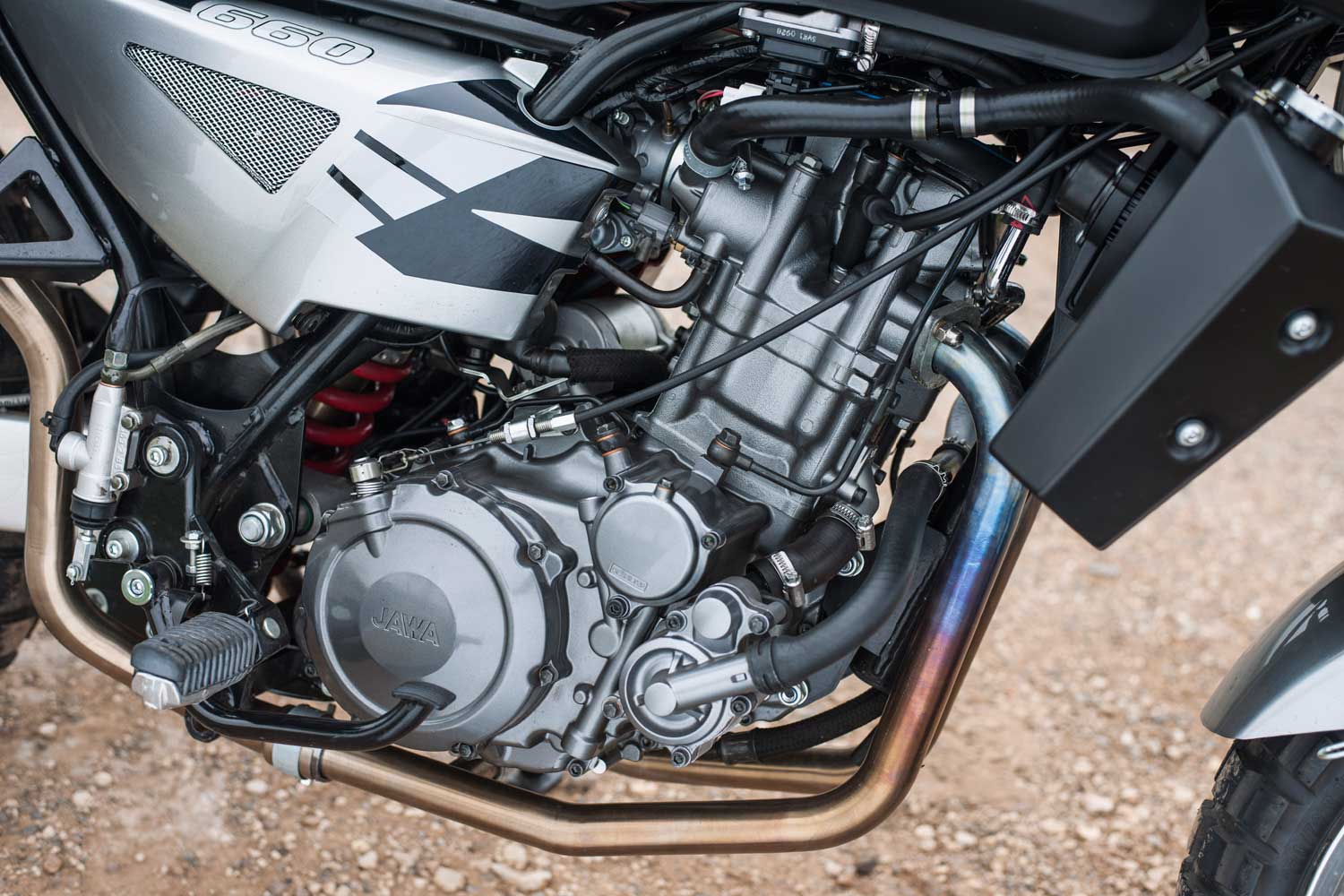 A tubular steel frame, it’s solidly built with a quality aluminium swingarm. A subframe supporting the headlights, bikini fairing and clocks is cleverly designed to offer crash protection to the sides if you’re unlucky enough to drop the bike.

The 860mm seat height gives a good view of the road, yet at 5’11” I was still able to get both feet flat on the ground. The bars aren’t too wide, and seem to rest your arms in a good position for a very comfortable ride. My only criticism would be that I found the seat a little too soft, and the front of its frame pushed on my thighs. Other riders haven’t complained, so it’s most likely down to your own riding position.

Front brakes are twin two-pot calipers biting on solid 320mm discs , suspended by unadjustable Paioli forks. The rear shock is a Bitubo unit adjustable for rebound damping and preload. Unusually, the rear brake is a four-pot radial-style caliper – the largest I’ve seen on a bike. With the standard rear master cylinder it feels fine in use, and as Jawa builds its own brakes, it may well be a hint at some of the tech coming on the expected 1000cc twin- and 1200cc multi-cylinder engined bikes. 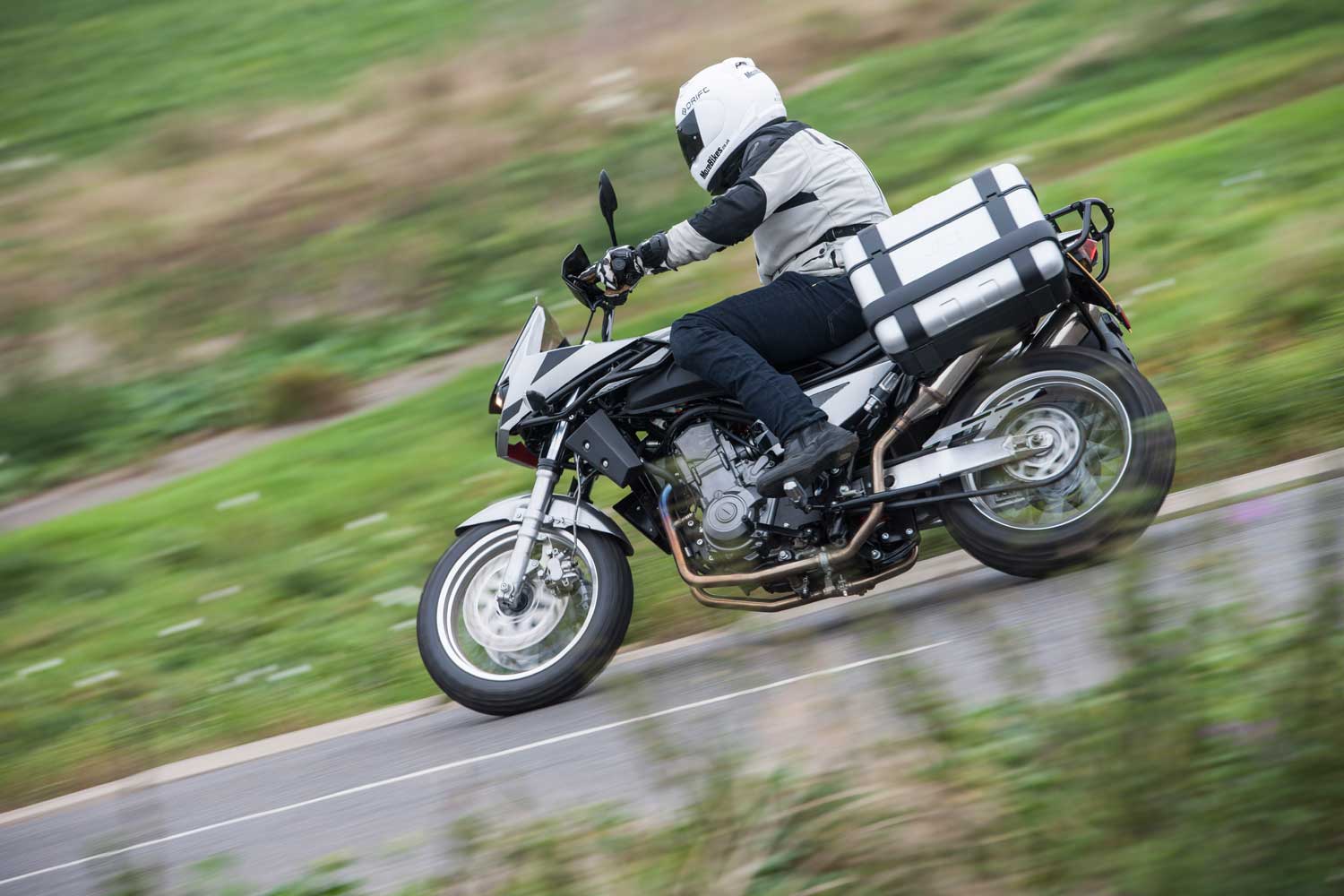 At the price, Jawa has picked a fight with the big manufacturers, but this is a machine that offers something different. By combining proven engine technology with Jawa’s own chassis and bodywork, it’s an exclusive bike that should appeal both to fans of the Czech heritage, and riders wanting something less ‘run of the mill’.

The UK importer for over 10 years , F2 Motorcycles is able to boast of a very good relationship with the factory, which goes out of its way to supply any quantity of parts as and when needed. With general items always carried in the Cambridgeshire showroom, and quick access to other parts, it’s a relatively cheap and reliable way of buying a fairly unusual motorcycle.

The cost includes all on On The Road charges, as well as a full tank of fuel, 12 months Road Tax and Alpha Dot protection with a lifetime membership. The bike comes with a two year / 12,000 miles parts and labour warranty, and incredibly, self-servicing is supported. When you collect your bike, if you’re mechanically competent you’ll be shown how to carry out maintenance tasks for yourself if you prefer, and will keep your warranty as long as you buy your oil filter from F2. Many purchasers pay to have their first service done, but are free to video, photograph and takes notes of the process as David – the boss of F2 – does the work. Support is just a phone call away, but it’s a great idea for experienced bikers who want the security of a warranty with the pleasure of looking after their own bike. 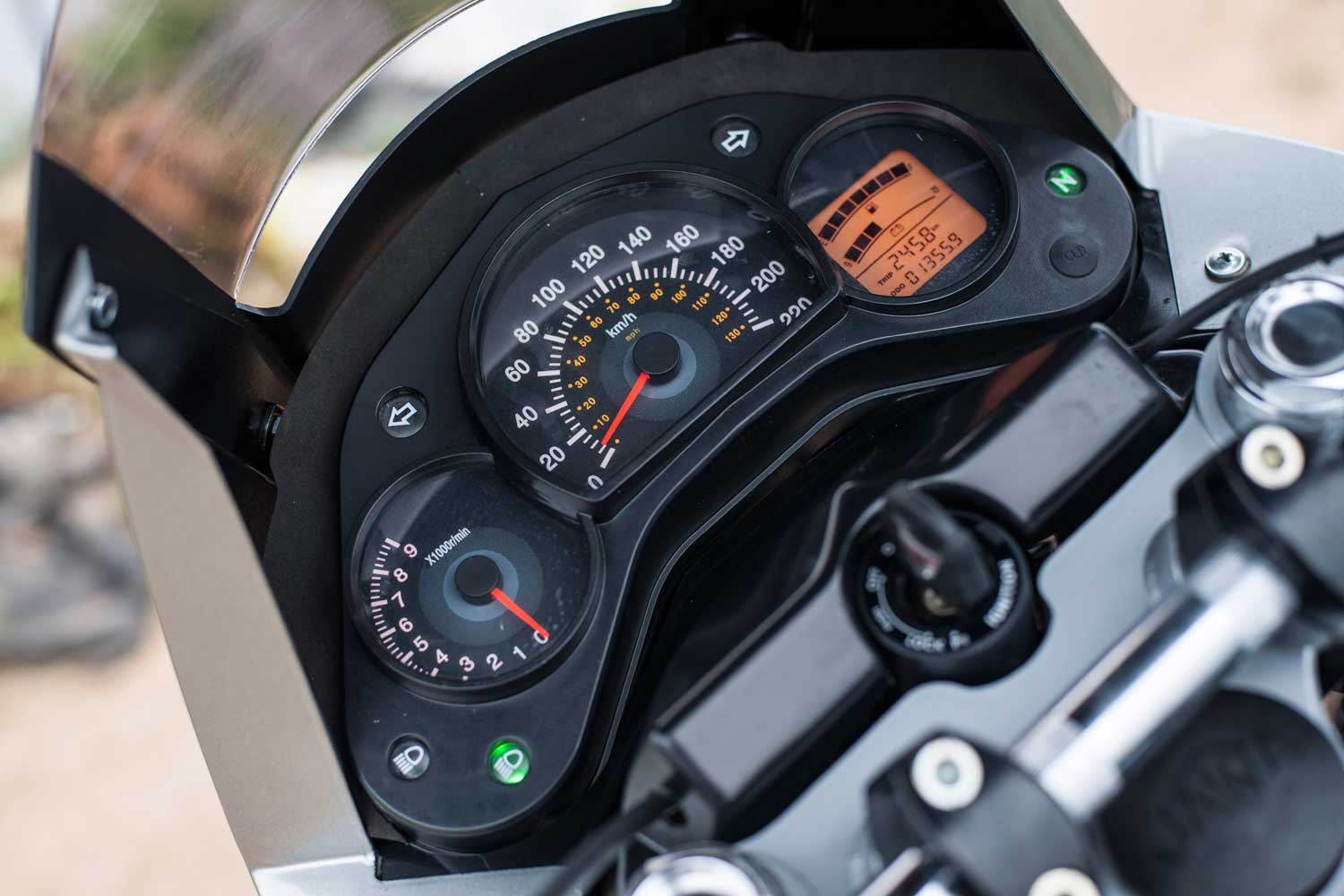 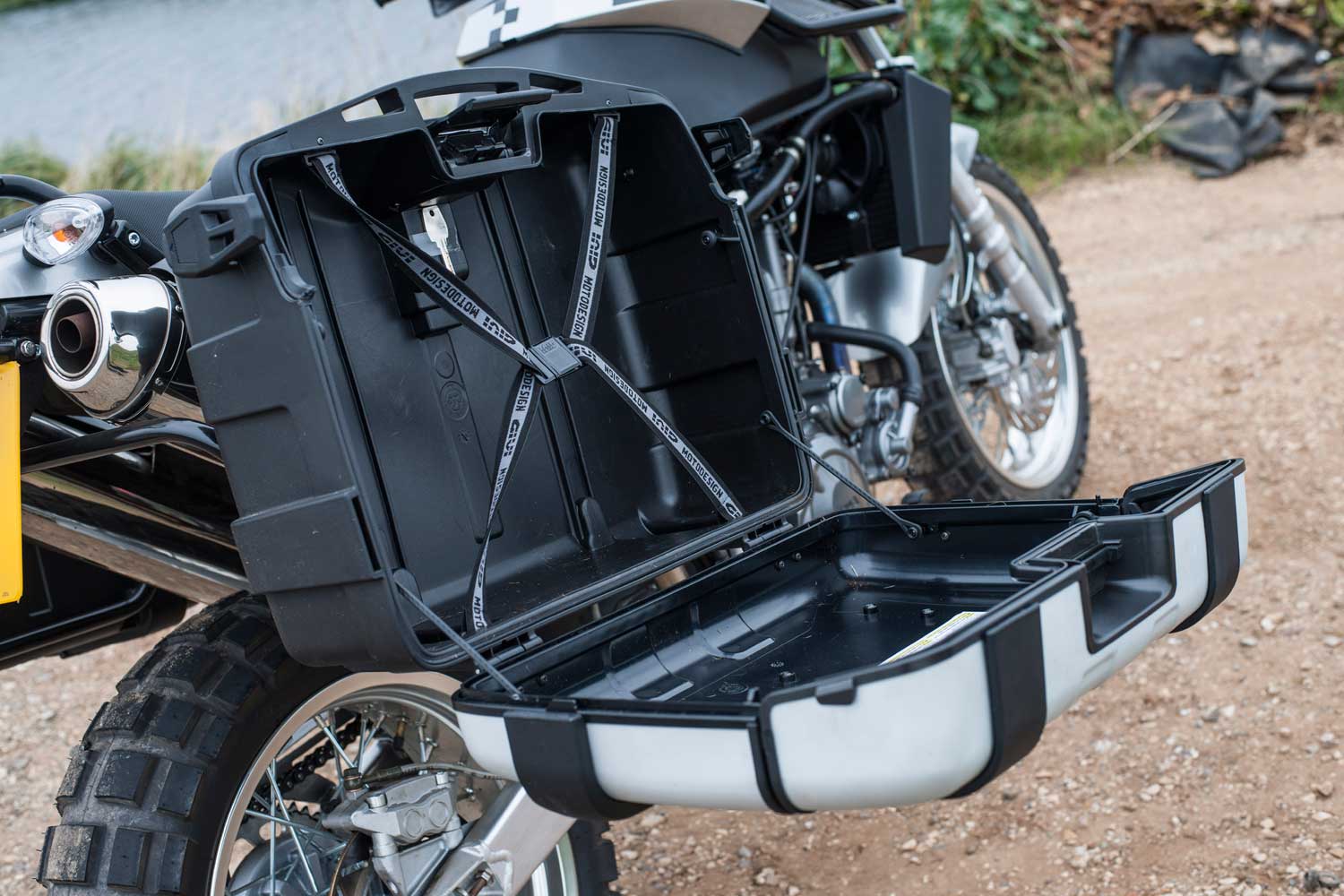 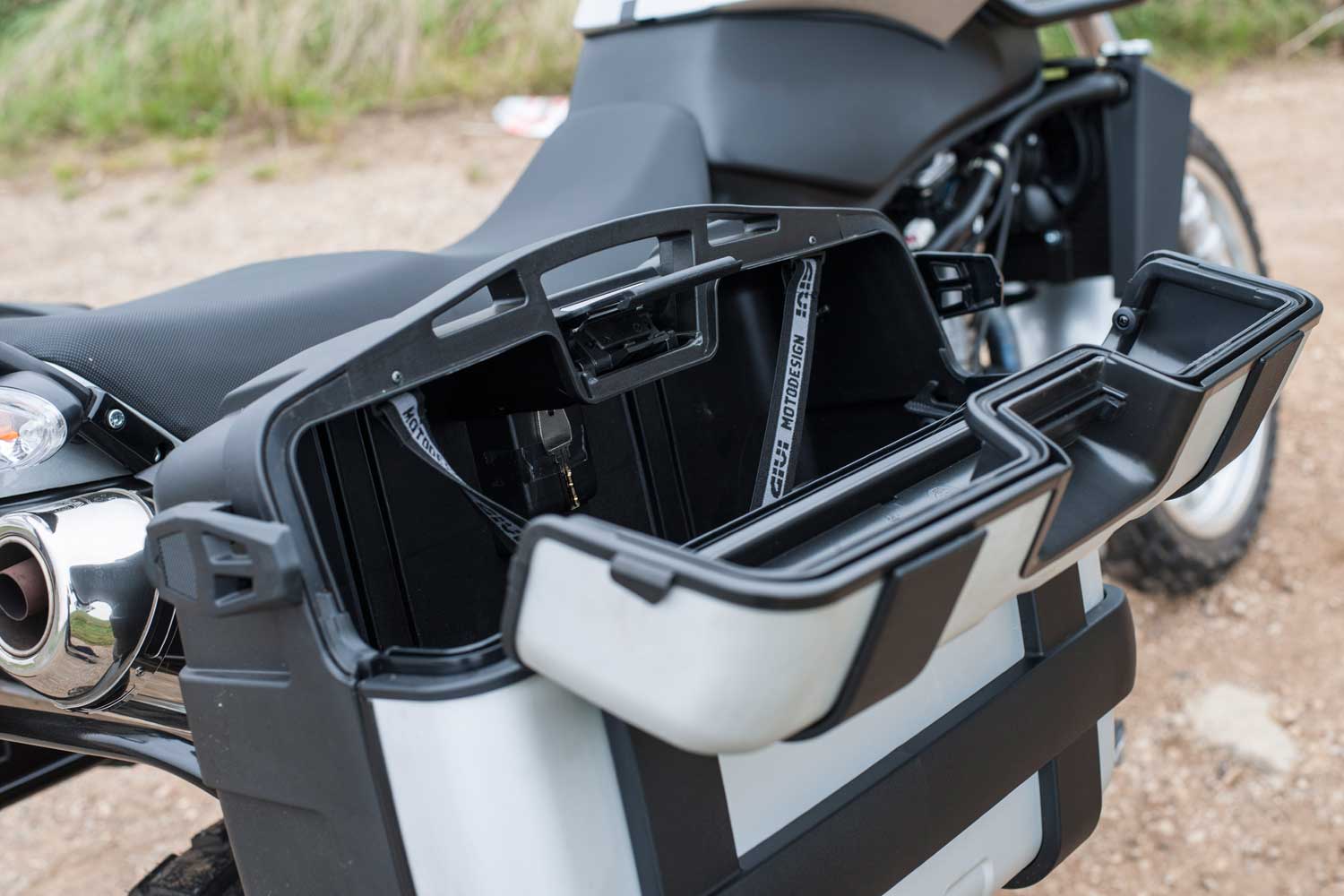 This bike had the full Explorer kit fitted, which includes removable Givi Trekker 33 litre panniers, a rack for a top box, hand guards and short fork protectors. Continental’s TKC 80 tyres were also fitted, which while dual-purpose, they’re certainly more aimed at the dirt than road. The tyres’ large blocks – perfect for digging into loose mud – make for a bike that drops into corners quite quickly on the Tarmac, and doesn’t offer the stability you expect at high road speeds. However, the chassis keeps everything under control, and there’s a choice of Continental’s more road-biased Trail Attack for those dabbling in dry green lane riding, or the Road Attacks if you don’t intend to venture off the black stuff. Personally, I’d opt for the Trail Attacks, but the stunning spoked wheels can be shod to suit your riding style and aspirations.

Predictably, the big single-cylinder engine works a treat, offering plenty of grunt for overtakes, with decent manners when cutting through busy traffic. There’s some hesitation at low speed, but that’s to be expected of these engines. Vibration is generally unintrusive, though you’ll start to notice it through the pegs if you’re sitting for long periods at 70-80mph on the motorway.

If you hanker after something a bit different, it’s worth taking a look at the Sportard – it’s a well-built bike that might not have some of the refinements of a more mass-produced Japanese, German, Italian or British machine, but does offer not only a different look, but also a very different attitude to new bike ownership. 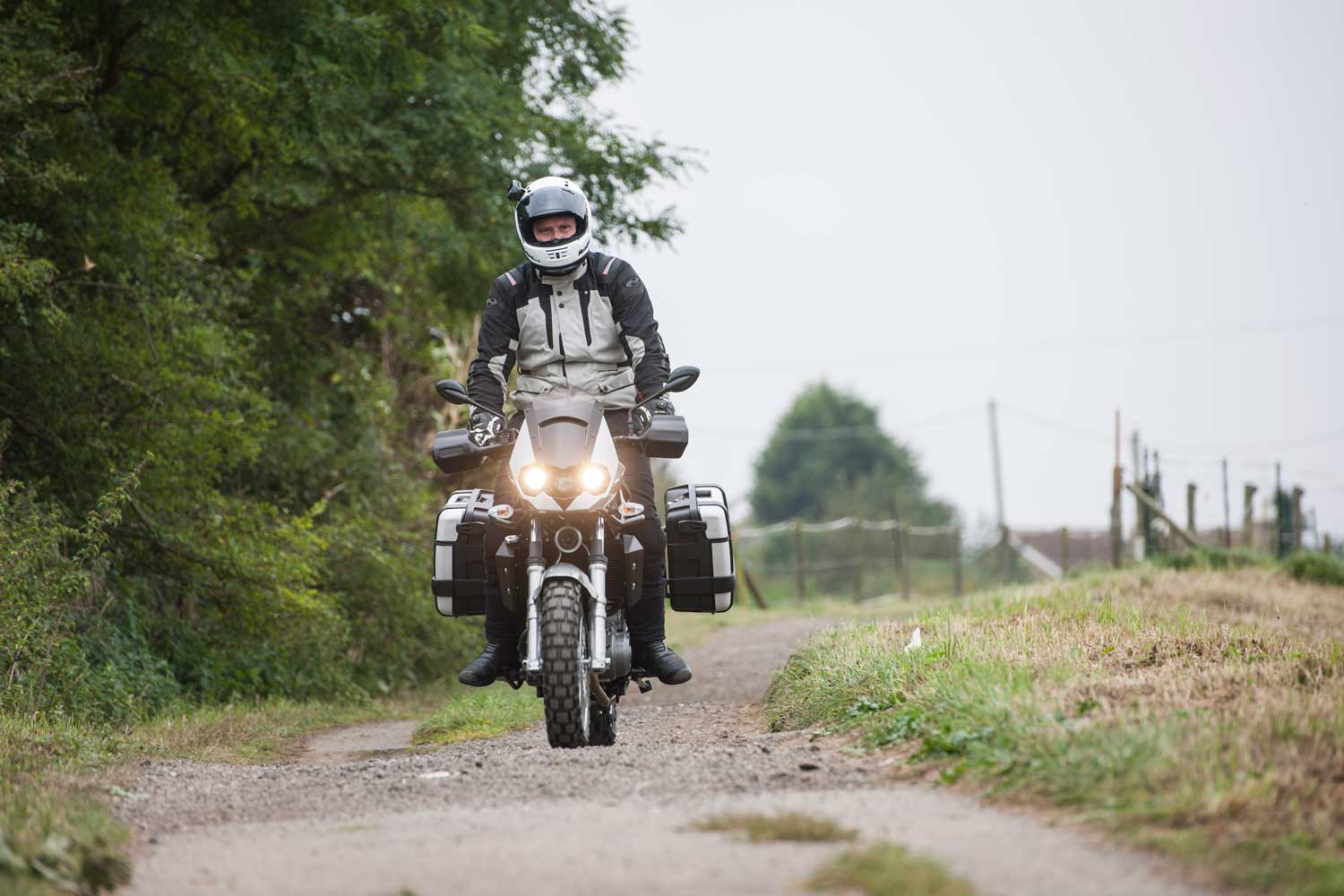 Watch the importer’s video of the bike on green lanes… 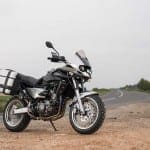 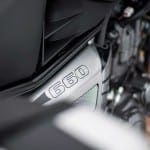 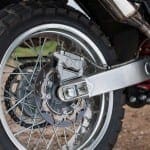 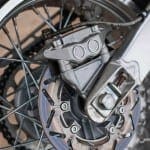 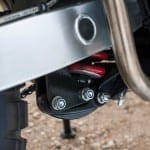 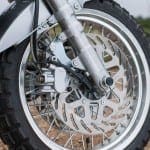 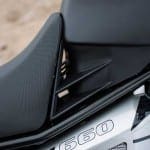 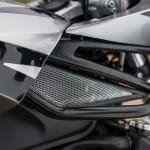 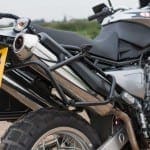 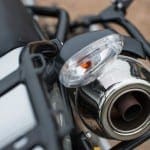 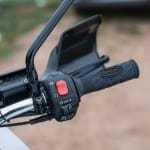 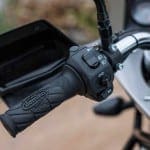 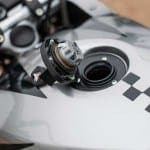 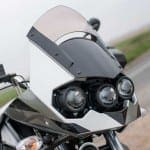 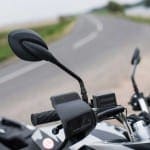 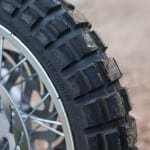