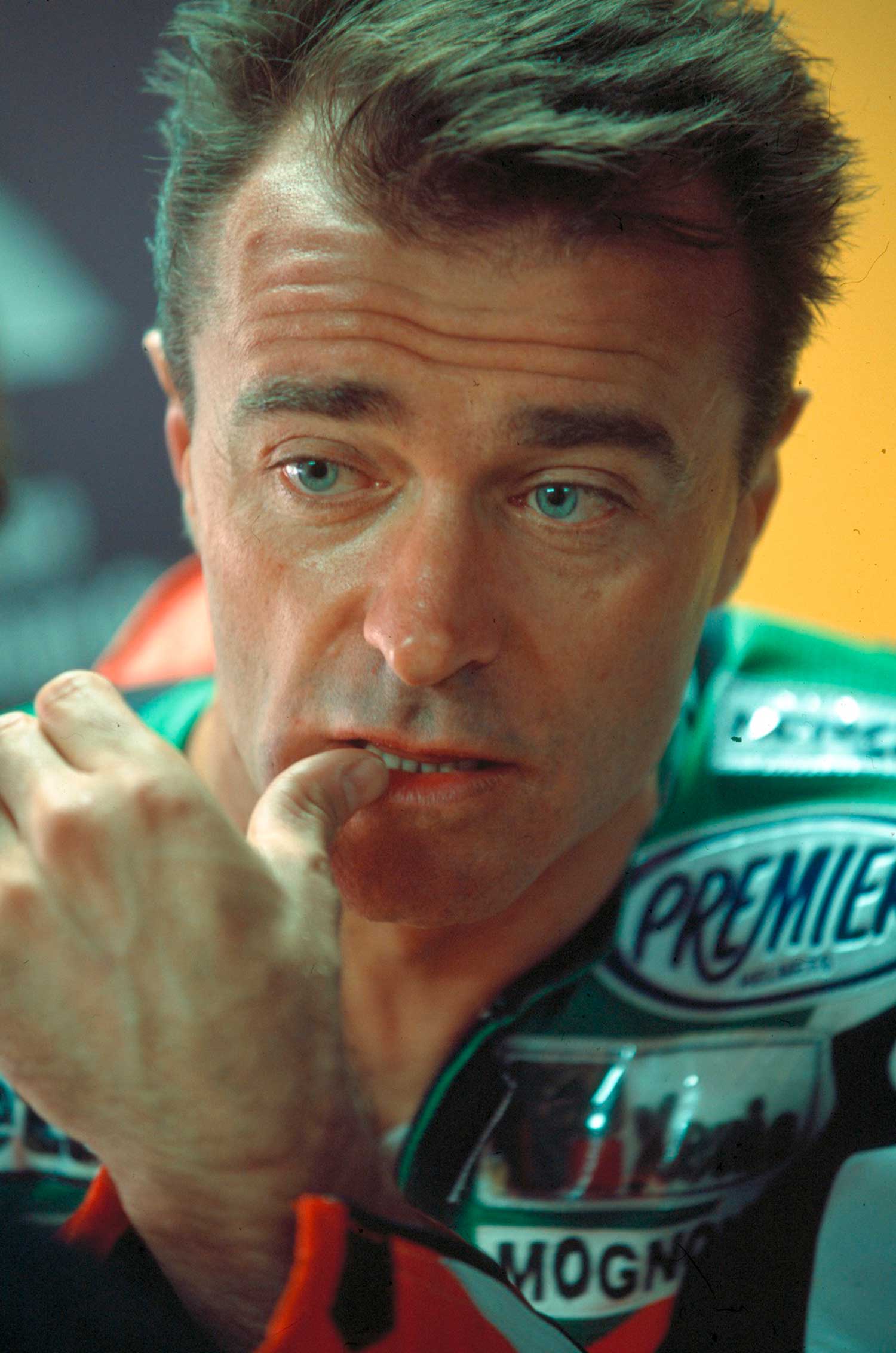 A World  superbike legend will add a bit of spice to proceedings this autumn as the red hot action of one of the world’s largest classic motorcycle events heads once again for Staffordshire County Showground.

Frankie Chili, best remembered in the UK for his battles with rival Carl Fogarty, will be in attendance as the special guest of honour for the 21st Carole Nash Classic Motorcycle Mechanics Show on October 18-19 and he’ll be regaling showgoers with stories from a legendary career on track.

Fogarty too will be in town on the Saturday of the event; the four times World Superbike champion will be stationed on the Oily Rag stand for the day.

Bertie Simmonds, editor of Classic Motorcycle Mechanics magazine, said: “Frankie’s incredible career stretches back into the 1980s and covers all the eras of machines and famous motorcycle names that are celebrated and showcased at the Stafford event.

“Many will recall him winning the controversial 500cc race in Misano where wet conditions had meant other top riders refused to start and surely all will look back fondly at the passion and determination he displayed in the WSB races of the 1990s and early 2000s.

“During that time he was a pace-setter among riders of a high-calibre; not just Foggy but also Aaron Slight, John Kocinski, Anthony Gobert and Simon Crafar.

“I have no doubt he’ll be a big hit and a popular draw; I for one am already looking forward to the third weekend in October.” 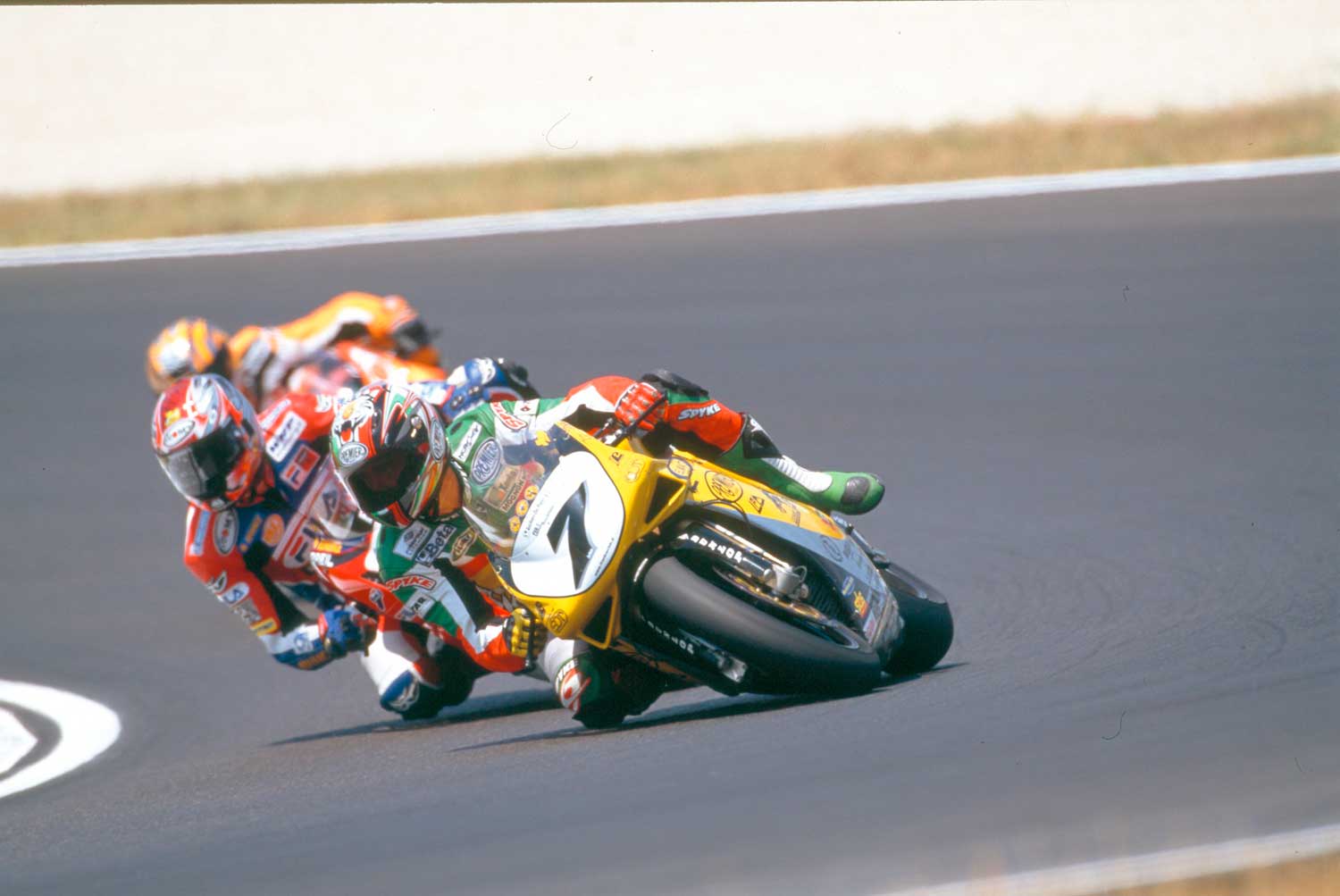 A new live element has been added to the show for 2014, with organiser Classic Bike Shows utilising the main ring at the venue to host parade sessions.

Bikes from 1960 through to the present day have been sought out and, as they circle the display area, guest commentators will be talking about the history of each machine and the work that has been done to it.

Exhibition manager Nick Mowbray said: “Our Stafford event is renowned for its collection of display machines which is one of the most extensive in the world.

“Now, visitors will be able to see a handful of these machines in action and we expect this to be a welcome addition to our line-up.”

Bonhams’ annual Autumn Stafford Sale will once again be taking place on the Sunday of the event, with viewing open on Saturday.

The auction house will be hoping to repeat last year’s success which saw 436 lots sold to make a combined total of over £1.3 million and set a new world record for the sale of a Manx.

There are also the traditional displays from the Classic Racer Grand Prix Paddock and the Classic Dirt Bike Experience, more than 500 trade stands and autojumble plots to rummage through and a host of exhibits from the top motorcycle clubs in the business.

Nick added: “The Carole Nash Classic Motorcycle Mechanics Show is, by far, the most comprehensive motorcycling weekend when it comes to the modern classics that such a vast number of us bike fans know and love from our younger days.

“Despite how busy I am, I always have to stop myself from taking home my next project because there’s just so much to see, to do and to buy.

“And, with a one day adult ticket just £10 when bought in advance – a saving of more than 20% – it’s not just one of the biggest bike shows, it’s the best value-for-money too.”

Advance ticket details and further show information can be found at www.classicbikeshows.com, or by calling the Classic Bike Shows ticket hotline on 01507 529529. 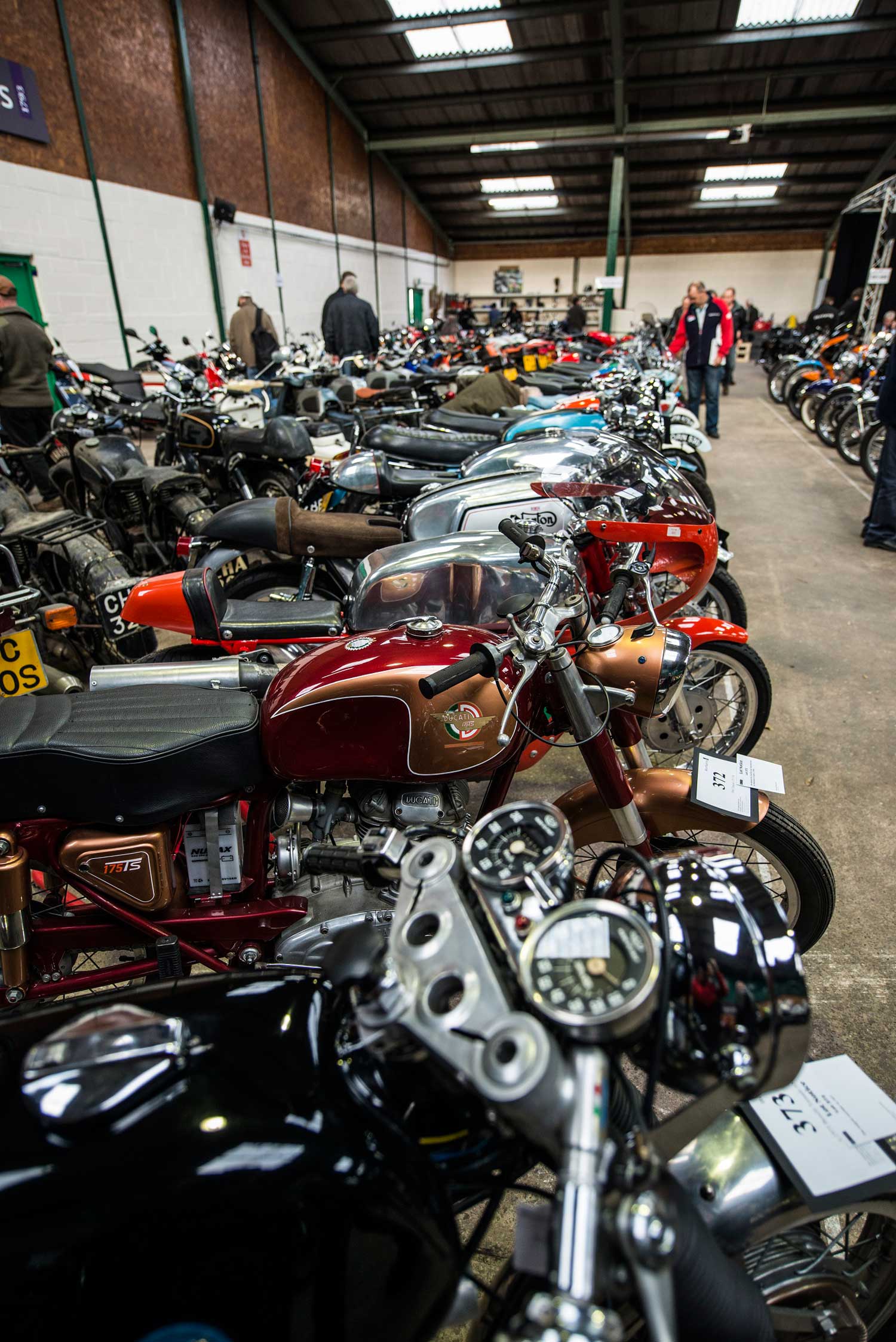