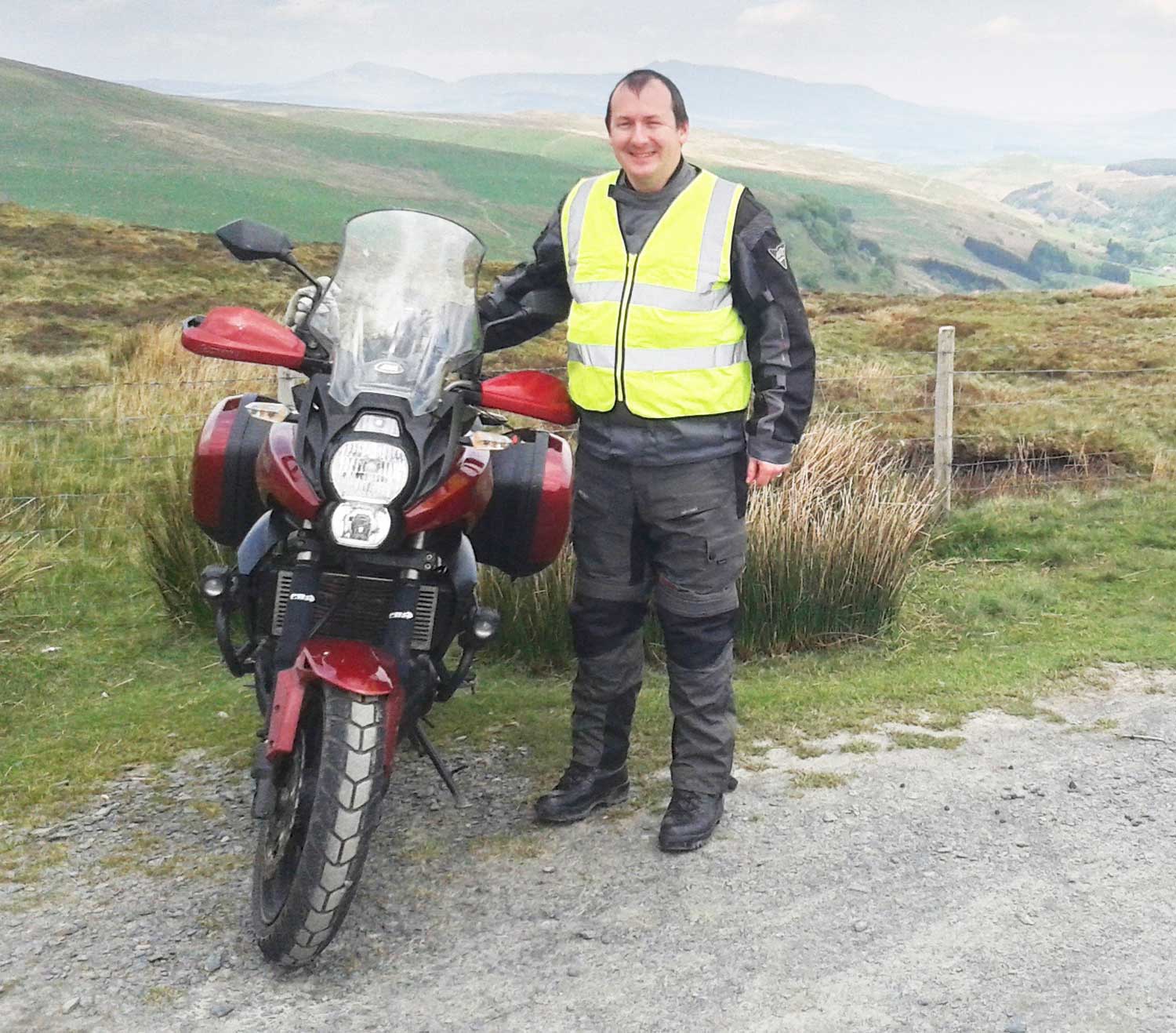 Price paid for it: £176 (including mounts) in November 2013 from the Infinity Motorcycles stand at Motorcycle Live

What type of riding do you do: My trusty Versys workhorse sees to all my commuting, touring, B road and green laning needs, in all weathers.

Why did you buy it? It was an impulse buy in an attempt at keeping up with the Jones’. All my overland (as long as it’s tarmac) GS buddies have fog lights!

Tell us about it: The SW Motech Hawk lights come in four guises. You get the “spots” in either LED or Halogen forms which have a narrow beam and are mainly for show or the “fogs” which have a much broader beam for actually lighting up the road.

I’d plumbed for the Halogen “fogs” as although the Versys’ lights are pretty bright and give good depth, they don’t light up the road near your wheels (that or you can see five feet in front and not much else!), and I couldn’t justify the extra cost of the LED items.

The lights come as a complete kit with all the parts you need to fit them. The kits are bike specific and the cables are long enough to give you flexibility how to route them. It’s quite an easy job and takes about an hour

The lights themselves have a good, heavy & solid feel to them. During the day they are bright enough to draw attention which covers the visibility angle and at night are akin to having football stadium lights fitted to the front of your bike!  Not quite HID, but not far off! I got in the habit of having them on all the time and got a real boost of night time confidence having a full spectrum of vision. 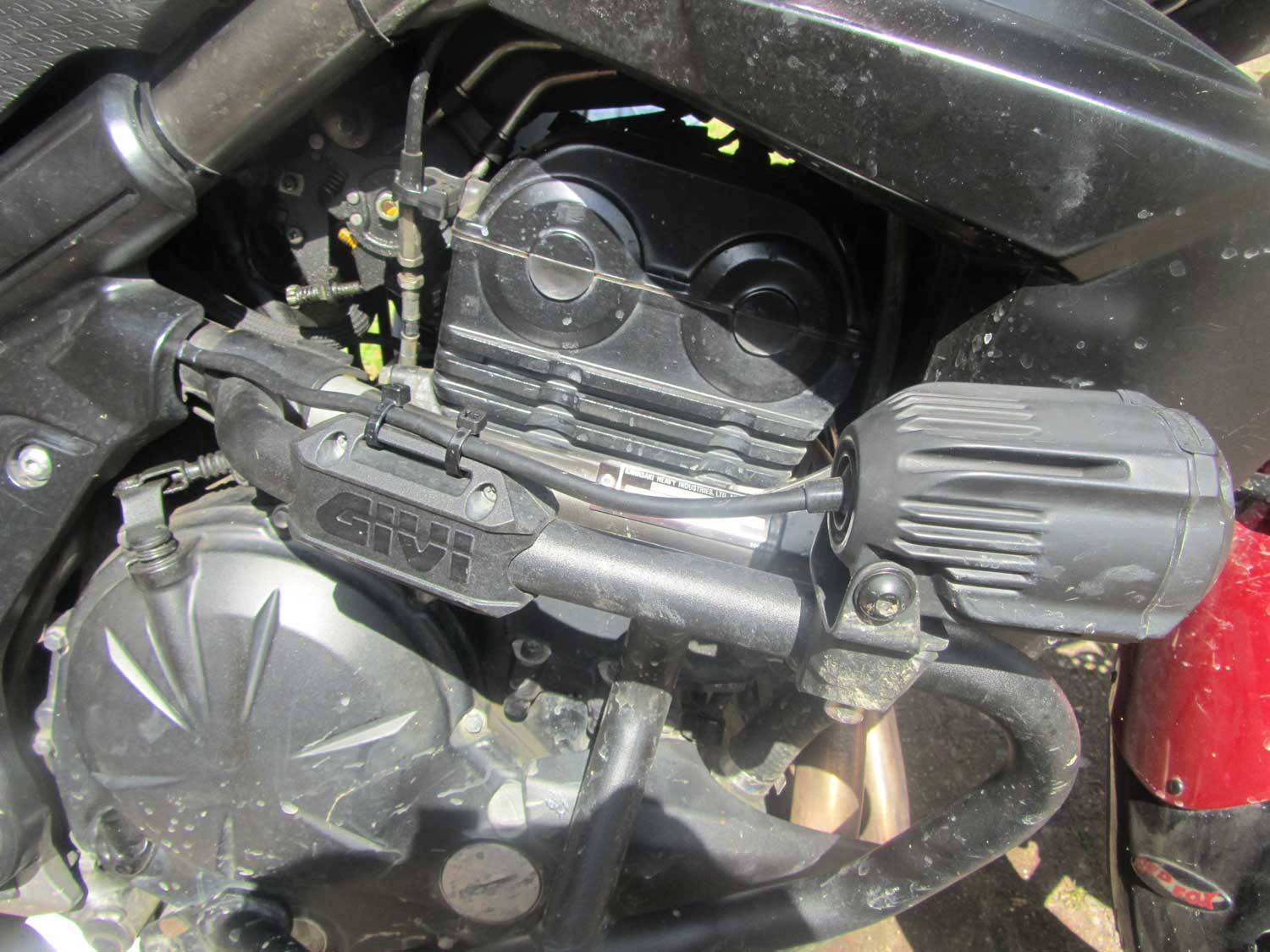 However, all did not start well. When I went to switch them on for the first time there was a loud “pop” with an initial flash from the bulbs. The fuse had blown! To cut a long story short there was a dead short between a bulb contact and the metal case.

Motohaus (the UK importers for SW Motech) were very good about it and dispatched a courier to drop off a new set and pick up the old set at my house at a time of my choosing. Now that’s service! I fitted the second set and all was well for a few weeks until they went “pop” too, this time on the move. Same blown fuse and dead short.

The second time SW Motech would only dispatch a new set on seeing photos of my installation. I sent the photos and they agreed it was no fault of mine, but I’d decided enough was enough and asked for a refund.

To be fair to SW Motech I think I’ve just been unlucky as I know several people who have these lights fitted without any problems. SW Motech have a reputation for quality and robust accessories and the other items I’ve had from them in the past have performed flawlessly. I must also state Motohaus’ customer care has been patient, understanding and second to none.

If you still want to take a chance I’ll be honest and say their performance was really good, but if not there are plenty of alternatives out there.

Give us three good points: Powerful and broad spread of light. Solid, quality feel of components. Easy to install

And three bad ones: Unreliable – at least in my case. A bit on the pricey side

Send us YOUR kit review