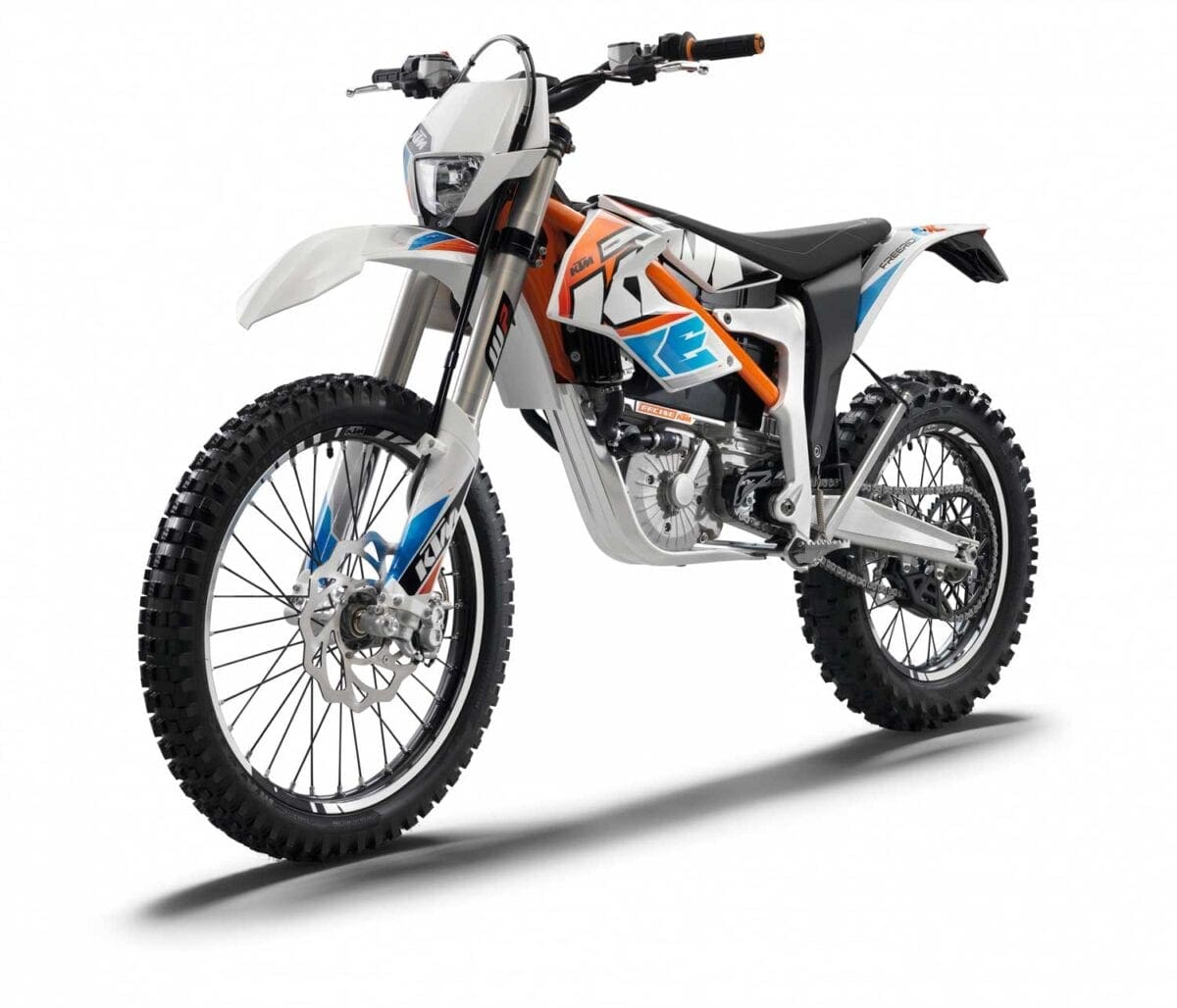 The 2015 FREERIDE E has been officially launched in Saalbach/Hinterglemm, Austria this week. The ultra-innovative, electrically powered offroad machine, which will be available in two versions and reach the dealers in a matter of weeks, has been presented to the media, along with the announcement of its new ambassador, Danny MacAskill.

The KTM FREERIDE E is the world’s first fully-fledged electric offroad motorcycle, and is built with the usual high quality components expected from KTM in two versions, the E-SX and the E-XC. The bike itself is aimed at a vast array of riders including those wishing to ride in urban areas, complete beginners to motorcycling and is also capable of satisfying the more seasoned offroader. The E-SX is intended for closed circuit riding, while the E-XC is fitted with everything required for riding on public roads. 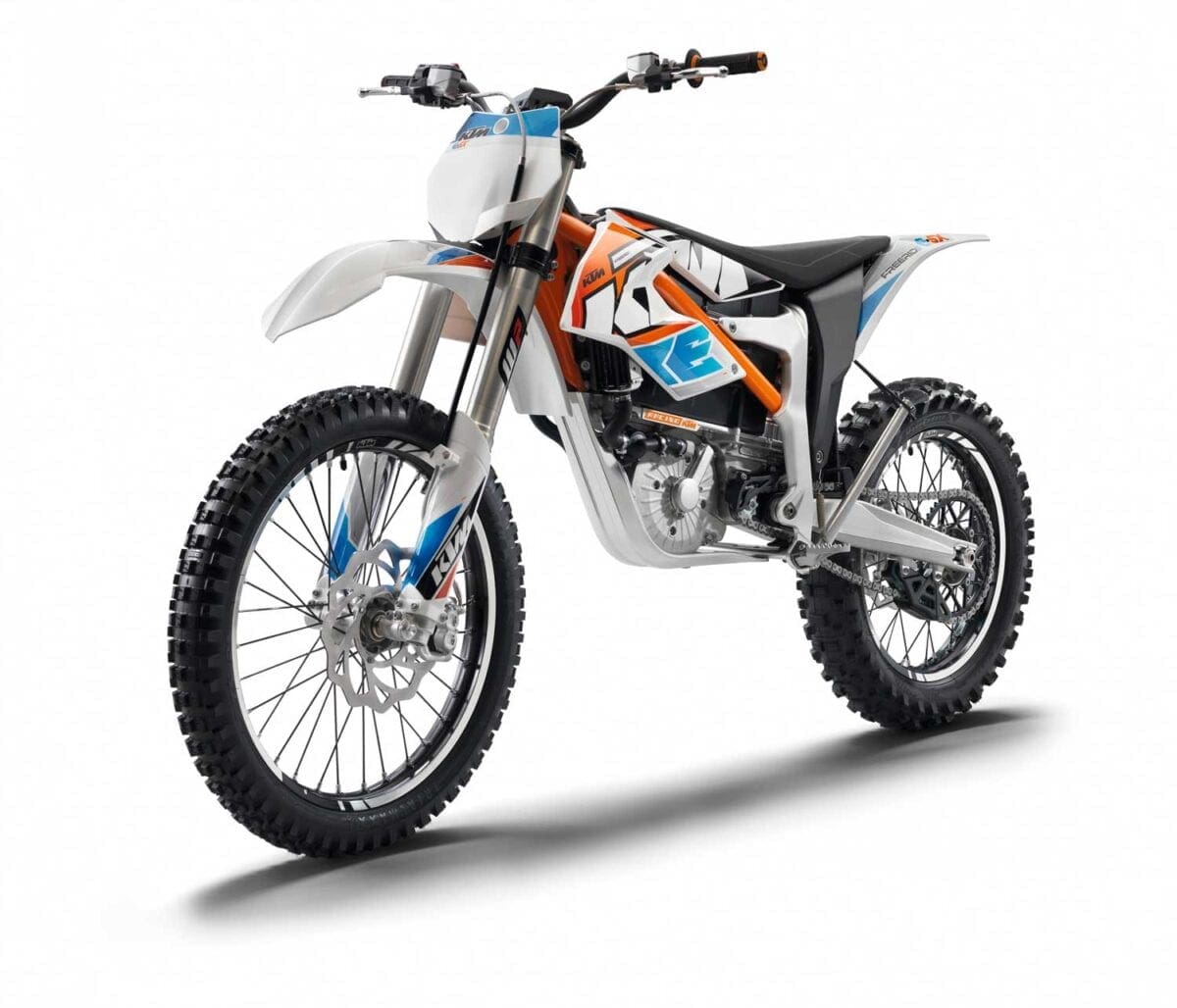 With its high-powered motor, the FREERIDE E is an exciting addition to the FREERIDE range, and also the absolute foundation of KTM’s long-term commitment to E-mobility. Since the original idea for the bike was formed in 2007, the FREERIDE E project has seen a whole team of 20 experts evolve in KTM’s state-of-the-art Research and Development department in Mattighofen who are completely dedicated to this extremely innovative project. 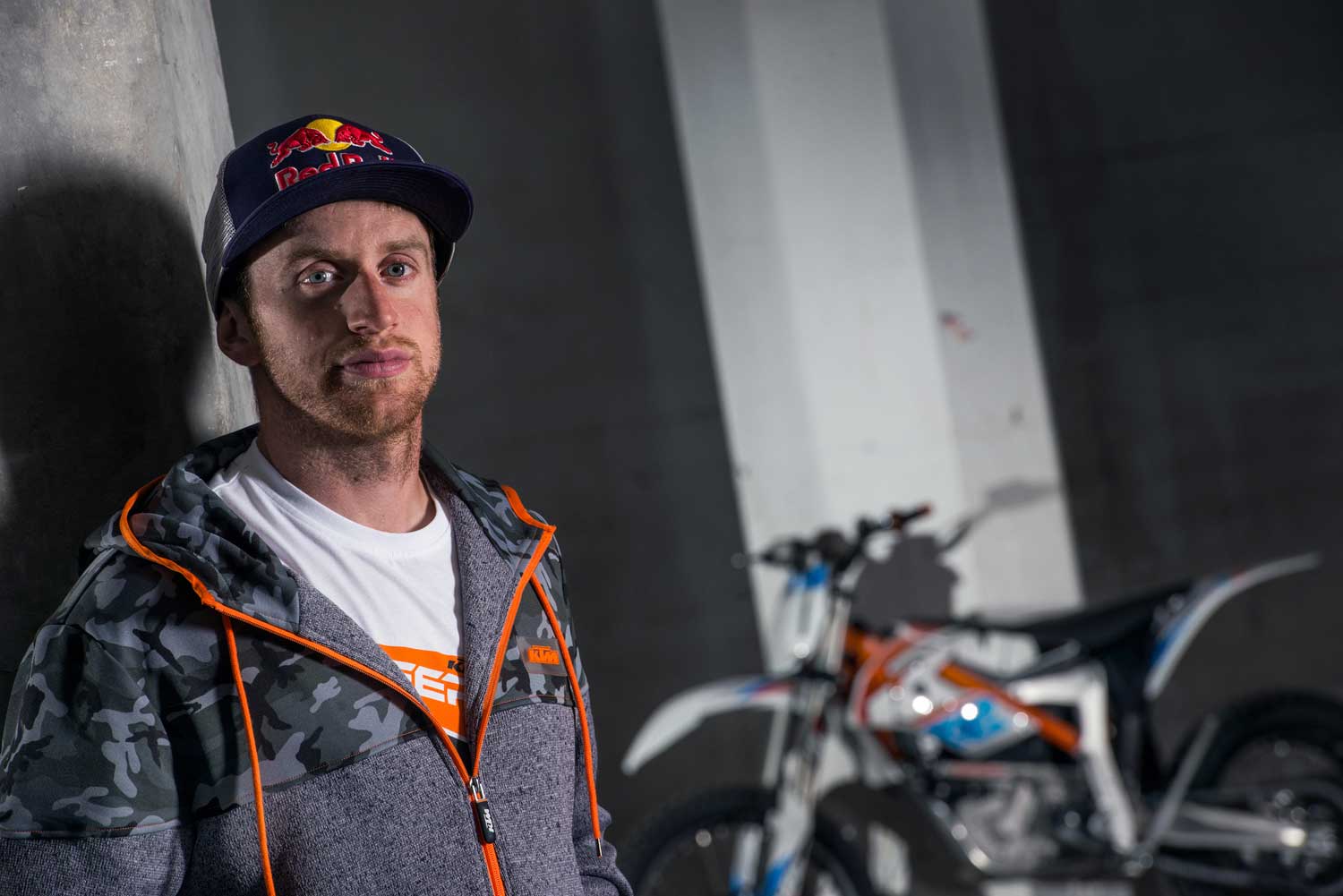 While KTM doesn’t believe that electrically powered motorcycles will replace conventional combustion engines in the near future, the company has a clear vision in the creation of a segment in its own right. KTM believes that in the long-term the FREERIDE E can offer opportunities for new riders and also demonstrates KTM’s commitment to being at the forefront of motorcycle technology, along with its concern for the environment with the E-bike’s zero emissions and low noise level.

“We’re really excited to finally see this ultra-innovative bike head into the market. The feedback from our E-parks, situated around Europe, has been really positive and this is a quality product, which we hope to see on many tracks and trails in the near future. KTM is completely committed to this project, and while the FREERIDE E is already a very established bike, this is really just the beginning of our involvement in E-mobility,” said Thomas Kuttruf, KTM PR Manager. 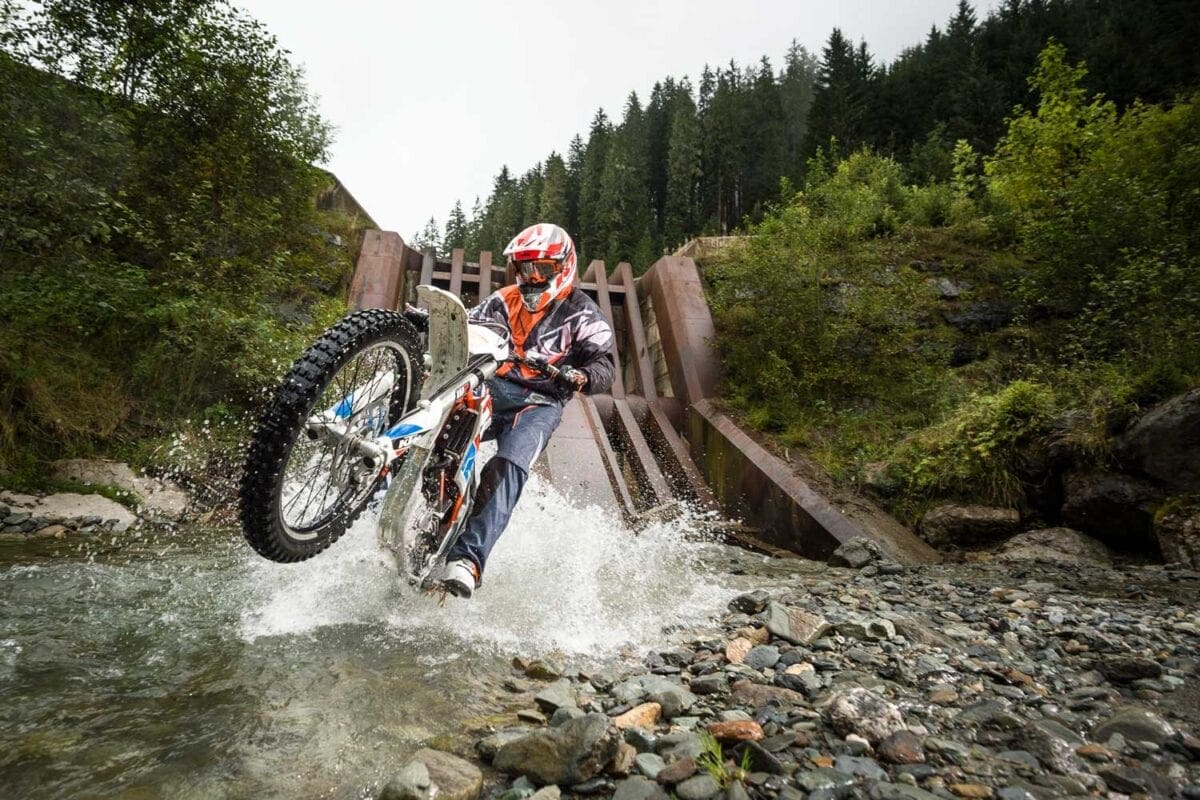 The FREERIDE E is a fun bike, and with both brakes mounted on the handlebar, along with the absence of gears, the switch over from a bicycle should be much easier for new riders. With that in mind, KTM is also pleased to announce its association with YouTube street trials phenomenon, Danny MacAskill, who had shown an interest in the bike earlier this year. Danny is now an official FREERIDE E ambassador and a video of the Scottish star riding the bike will be released in a few weeks’ time.

“The FREERIDE E is so much fun. I found it quite easy to transfer from the bicycle, especially with the brakes on the bars and it being just twist and go. It’s got more power than I need for sure! For me it’s been a great introduction to motorcycles, as I’ve done a little before but not much, and every time I ride it I am more and more confident. I’m super-impressed with the KTM brand, and I’m really stoked to be an ambassador and part of the family,” said MacAskill. 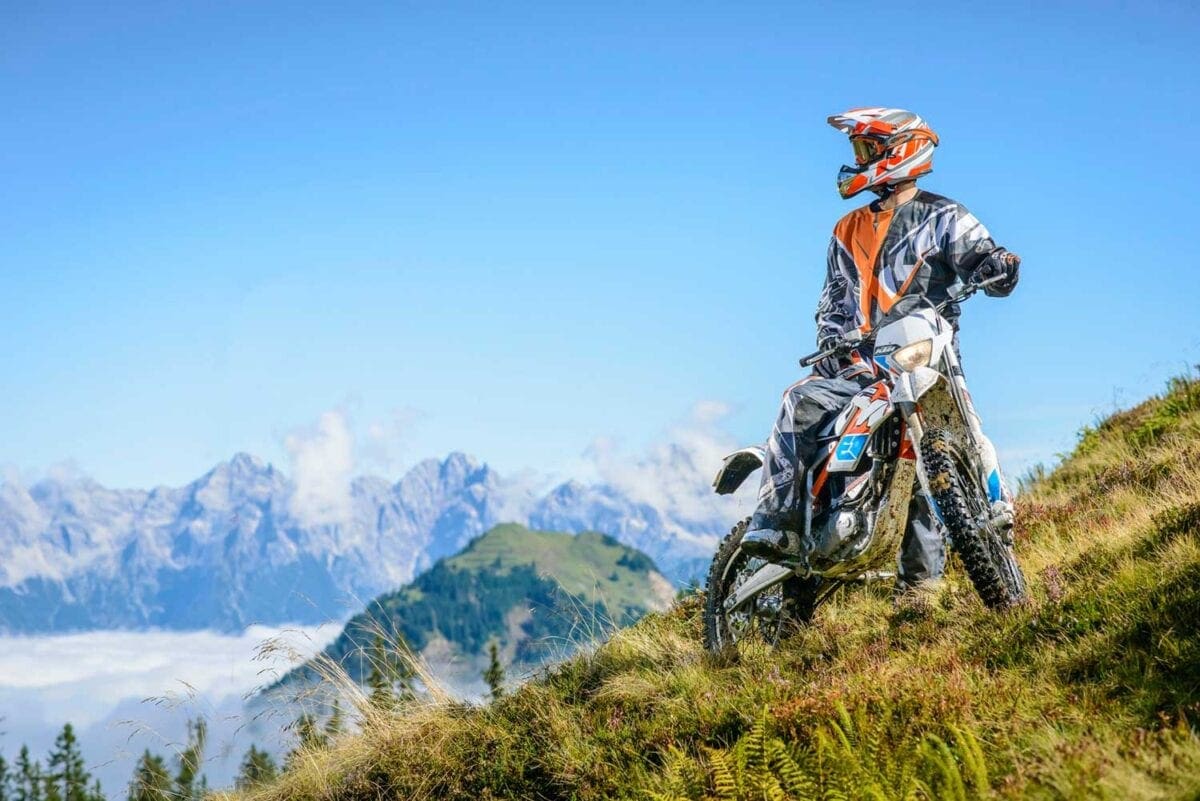 KTM has announced the new FREERIDE E Microsite, which is available in six languages, and for the first time in KTM’s history, offers fully digitised 3D renderings with state-of-the-art exploded view animations of the models. The microsite includes a full KTM dealer list.

Both Freeride models will be available from January 2015. 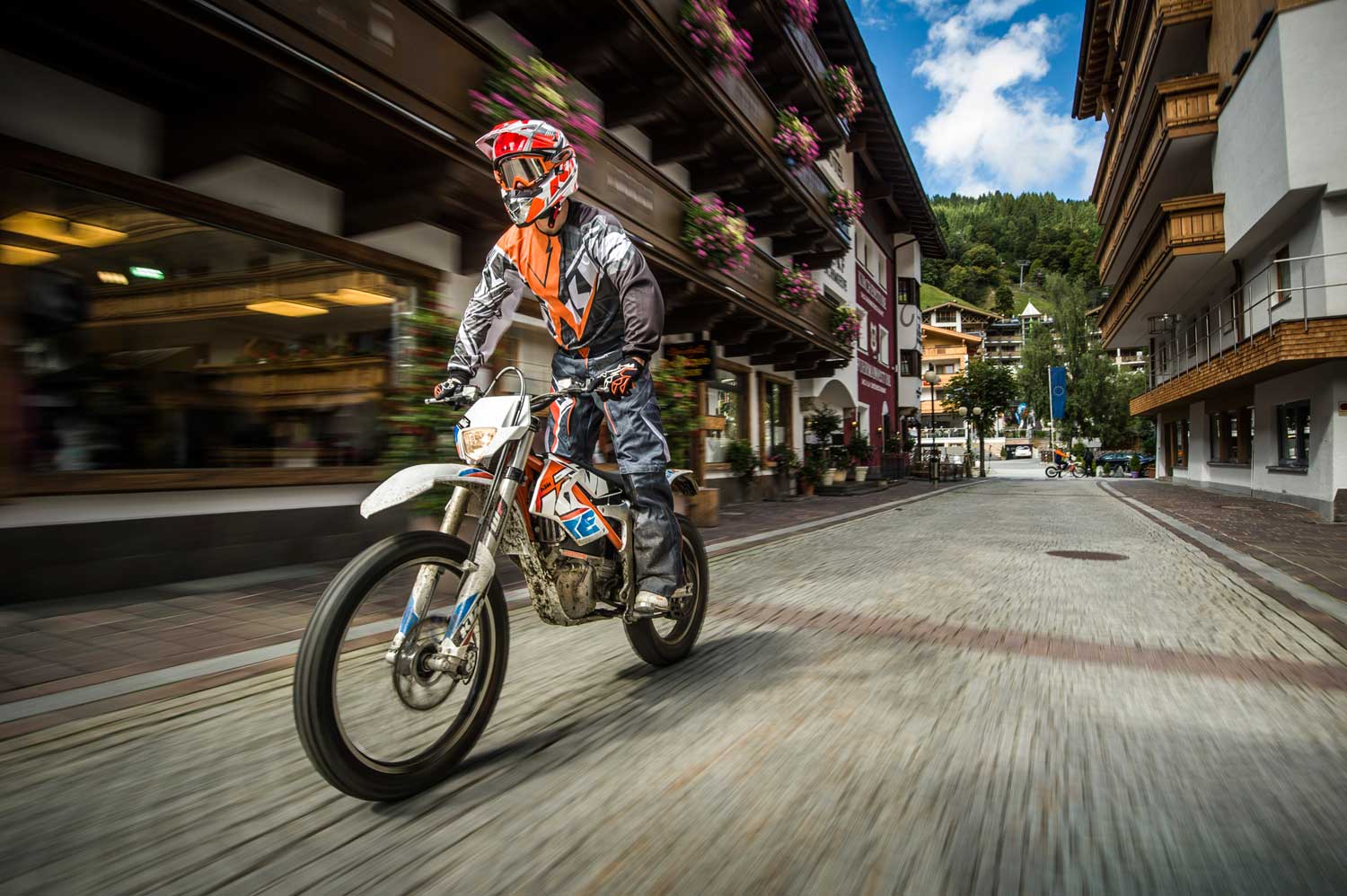 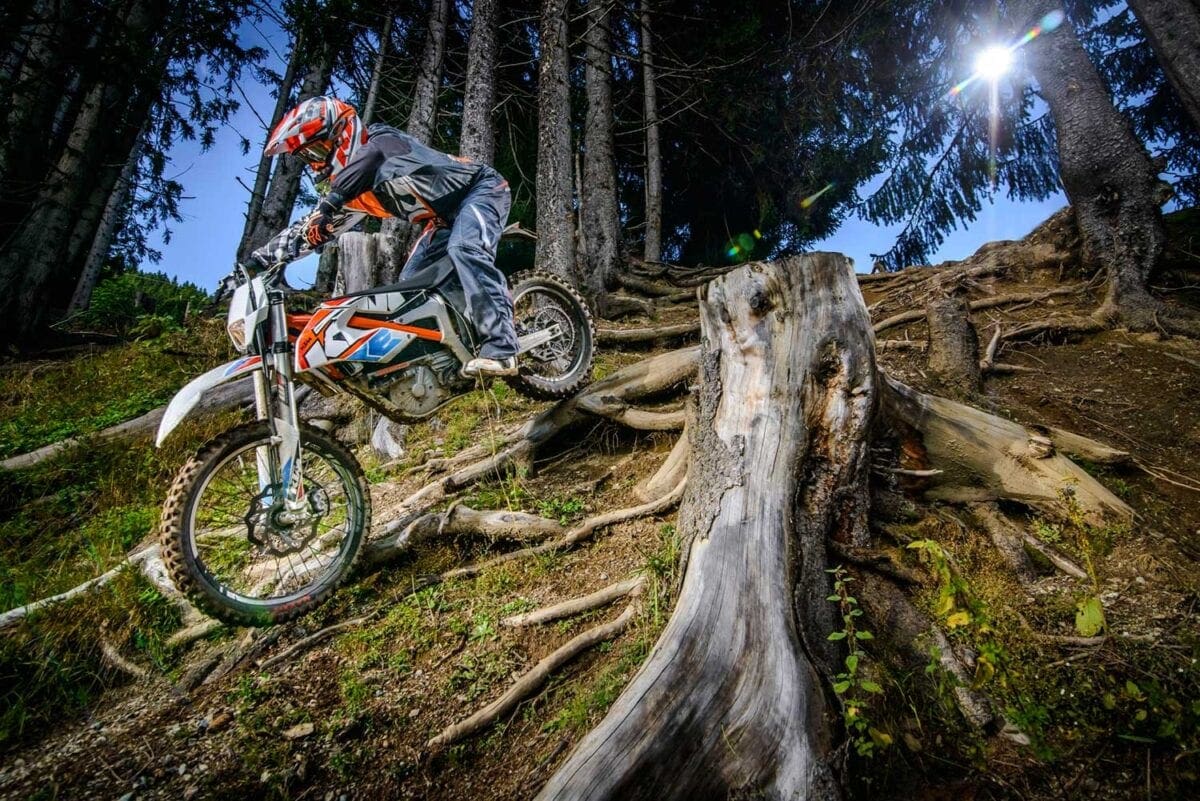