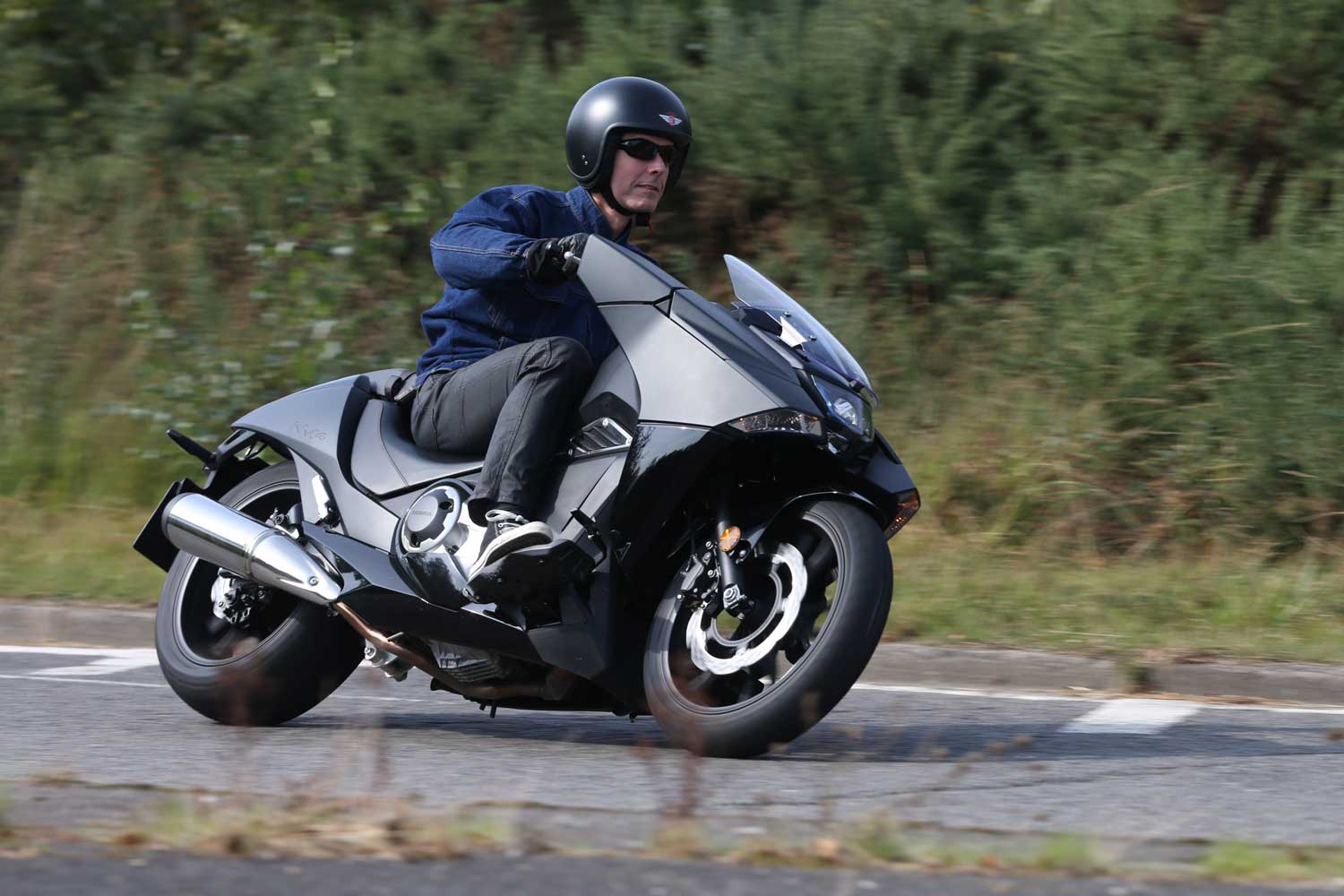 The Vultus is one of the strangest looking bikes for years, and one of the most distinctly Japanese. Its curious stealth bomber/Batbike-like shape is inspired by Japanimation, the style of cartoons often featuring super-heroes, that is popular in Japan. Yamaha has tried to generate some of the same vibe with the “Dark Side of Japan” advertising for its MT models. The Vultus takes the approach to a whole new level.

The extent to which this appeals to people outside Japan is a moot point, but there’s no doubt the Vultus is a striking bike that generates plenty of interest. Essentially it’s a restyled version of Honda’s Integra – the large-wheeled scooter-come-motorbike. According to Honda the Vultus was created by a young team of designers who were given a completely free hand, and are trying to attract a new kind of rider to motorcycling. 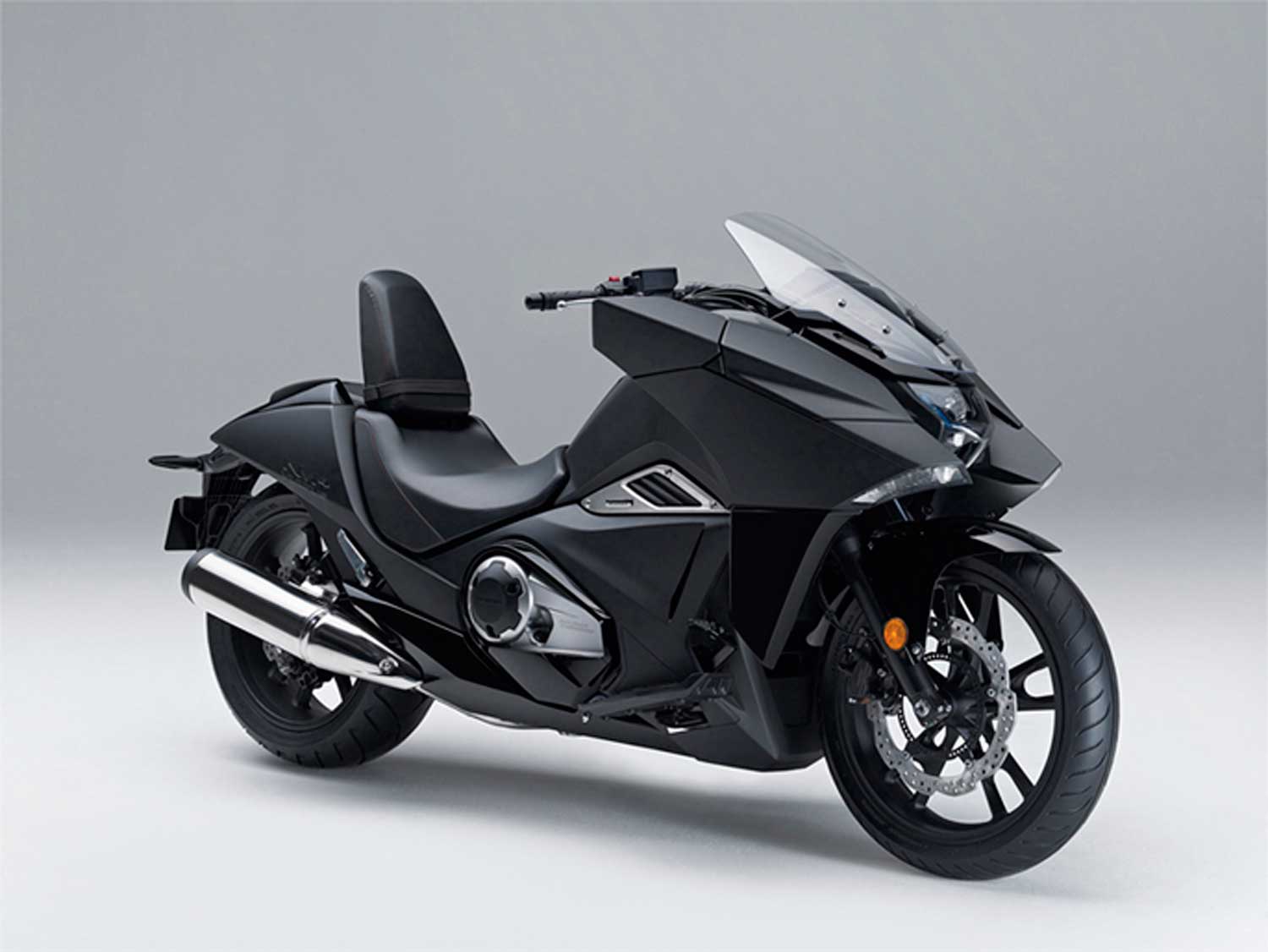 It’s the same 745cc, liquid-cooled parallel twin that powers the Integra, with Honda’s Dual Clutch Transmission as standard, rather than as an option as with the NC750S roadster and adventure styled NC750X that also use the same lump. Maximum power output is an unchanged 54bhp at 6250rpm but this engine, which began life as half a Honda Jazz car unit, is all about gentle performance, broad torque spread and fuel efficiency. As with the Integra, its chain final drive seems slightly incongruous for what in most respects is a giant scooter.

The low-revving parallel twin engine is well suited to a laid-back model like this – and bikes don’t come much more laid-back than the Vultus, with its ultra low seat and generous footboards. Low-rev and midrange response is enjoyably strong, giving the Honda easy pulling-away performance and a respectable burst of acceleration for overtaking. The SOHC unit is smooth and even has a reasonably pleasant and long-legged character, giving the ability to cruise effortlessly at an indicated 80mph, and a top speed of just over 100mph. 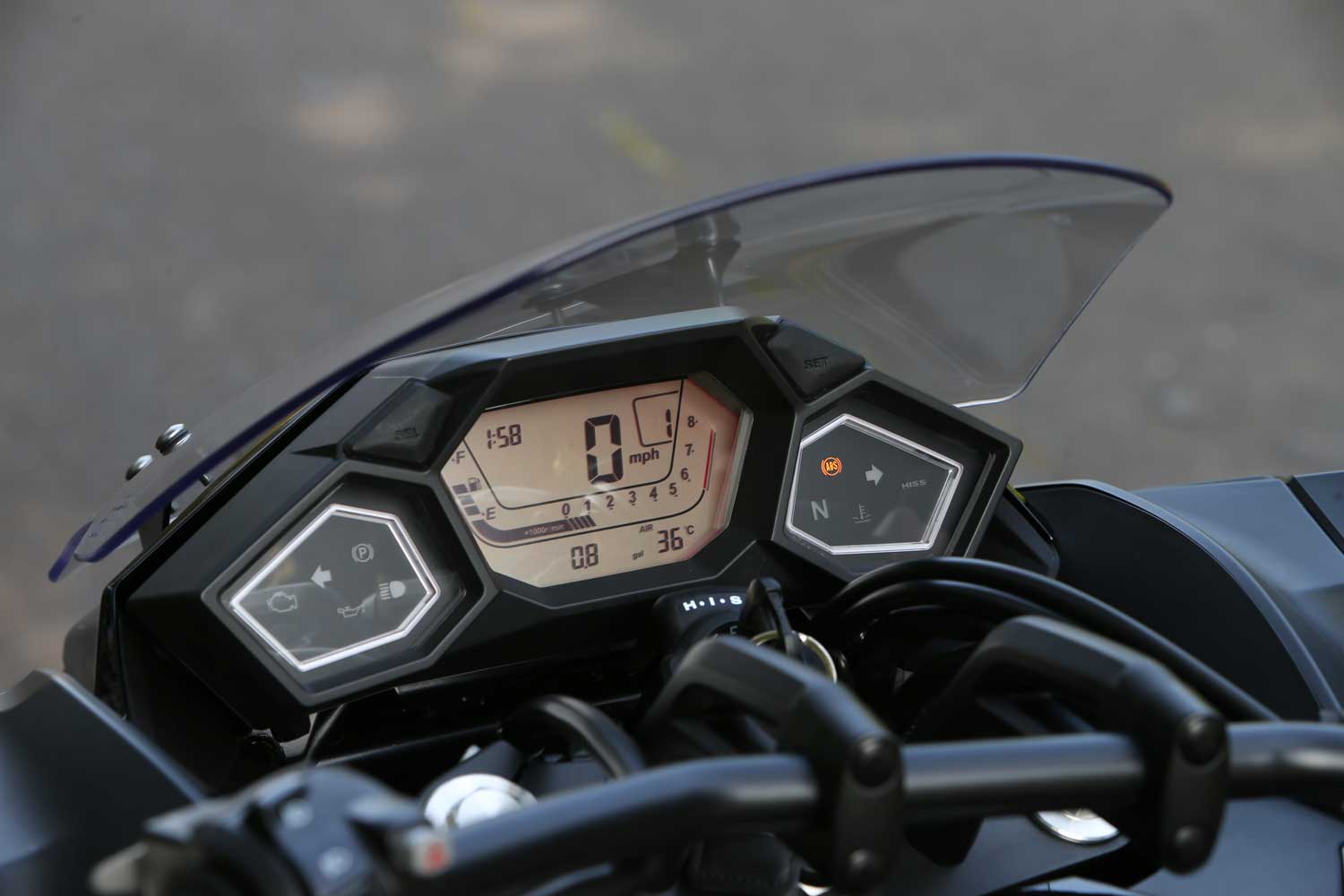 In many respects it’s very conventional: based on a steel frame, with 43mm front forks, a single rear shock with Pro-Link linkage, and a single front brake disc at each end. Wheels are from a motorcycle rather than a scooter, with 18-inch front and 17-inch rear diameters, the latter wearing a fat, 200-section tyre.

The big difference from most bikes is the riding position. That seat is knuckle-draggingly low at just 650mm, and the footboards are set well forward, giving a dramatically feet-forward riding position more like that of a sports car than a typical scooter. The rider’s part of the seat is as broad as it’s low, and the pillion section hinges to form a backrest that can be adjusted for angle, and also forward and back through several positions.

Inevitably the riding position means the Vultus is very long, with a 1645mm wheelbase, and that bulky bodywork contributes to it weighing a hefty 245kg. Unfortunately it shares the Integra’s drawback of having an un-scooter like lack of storage space. There are two compartments in the fairing, one lockable and just about big enough for a phone, the other slightly larger and not lockable. 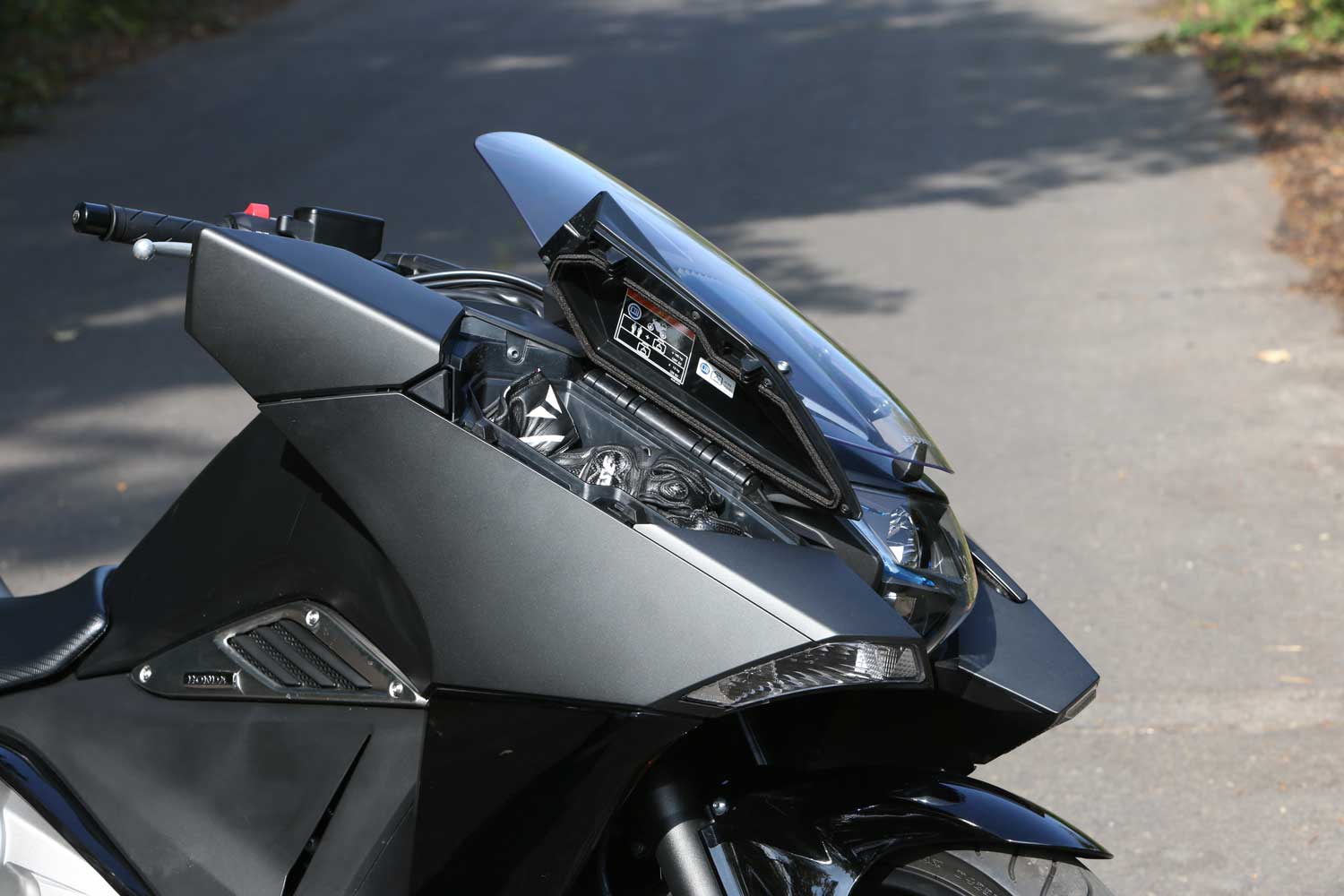 If you are heavily into Japanese manga comics, are a huge Batman fan or just like being the centre of attention every time you park, then maybe. Especially if you have almost ten grand to spare on a giant scooter with less than usual storage space. It’s hard to justify the price-tag, unless buyers are aware of its limitations and really want one for the way it looks.

Honda’s closely related Integra is hardly a best seller but it has very similar performance, better wind protection, slightly more storage space and costs almost £2000 less. The more versatile NC750S, with optional DCT added, is over £3000 cheaper at £6499. If you can overlook the Vultus’s flaws, and aren’t bothered by the price, it’s fun to ride and potentially very comfortable. With the accessory taller screen and panniers fitted it would make an enjoyable and reasonably practical machine. 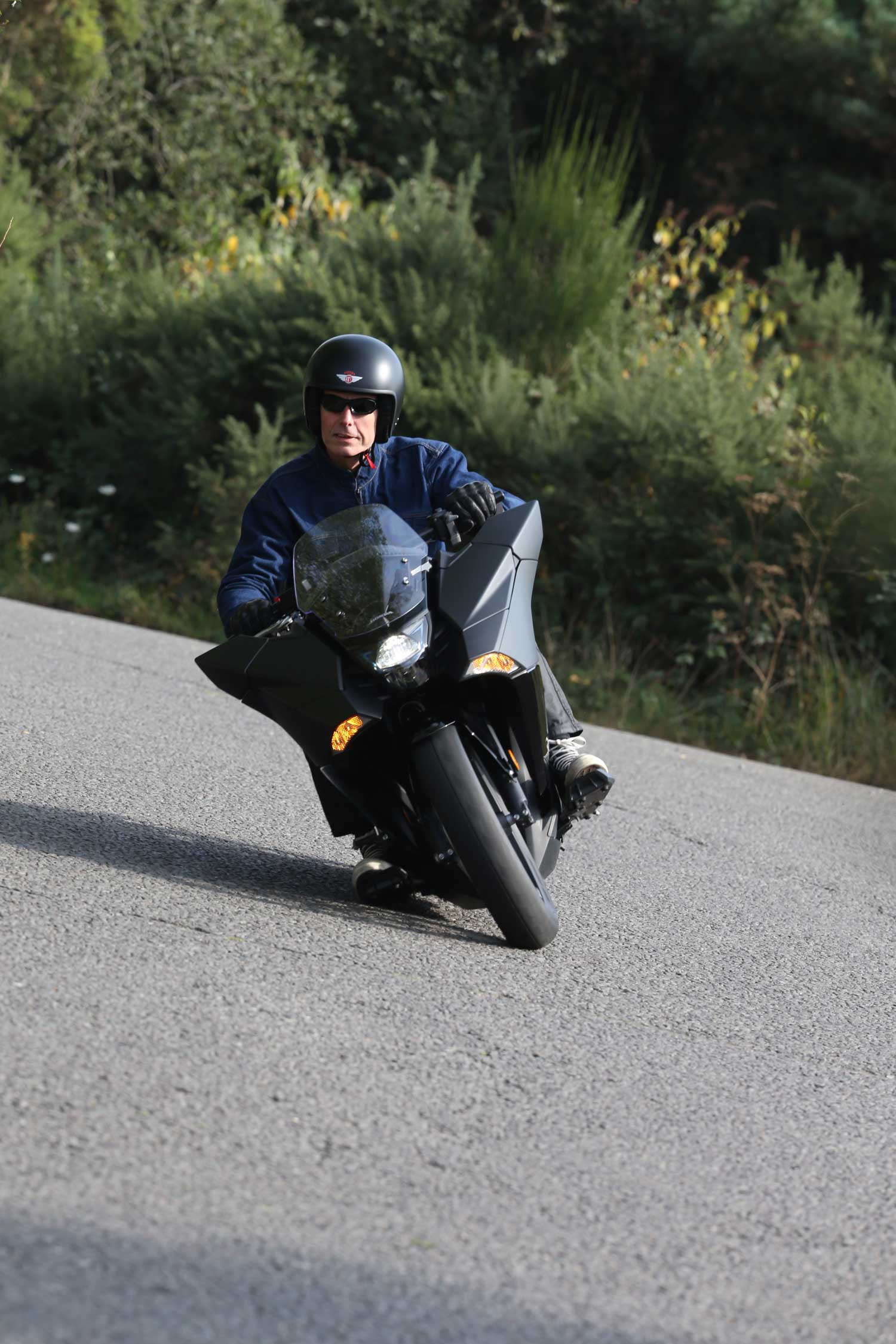 The basics of engine and chassis performance make for a slow-revving, respectably fast and very stable giant scooter. The weight can make it feel unwieldy at slow speed, not helped in traffic by the fairing’s width and the DCT system’s slight jerkiness and lack of clutch. But at least the low seat will enable riders of all sizes to put a foot down easily.

Once under way the Honda rumbles along very pleasantly, and the dual-clutch system suits it well. As with other DCT models, you get a choice of manual shift, using your left hand’s index finger and thumb to go up and down through the six-speed box; or automatic, which can be set to Drive or Sport, the latter giving more revs before the system seamlessly changes up. As with other DCT bikes, I found that even in Sport mode the system tends to change up slightly too soon, sometimes when you don’t want it to (ie in the middle of a roundabout). But the auto modes give a pleasantly relaxed feel; the manual mode’s paddle change is impressively slick; and I enjoyed not having to change down or find neutral at the lights.

The Vultus also handles pretty well, its long wheelbase and 18-inch front wheel contributing to a very stable feel at speed and when cornering. It can feel a bit of a lump in slow turns, but its steering is nicely neutral, suspension at both ends works respectably well, and there’s even enough ground clearance to put the Dunlops to good use in bends, before the footboards start to scrape. The only part of the chassis to let the side down is the brakes. I found the twin-pot front and single-pot rear calipers surprisingly feeble for a machine of this weight, and the ABS system cut in far too early. You also have to move your foot a long way to use the pedal.

Unfortunately the Vultus also falls down in much of its detailing, suggesting that its youthful design team have more experience of reading comics than riding motorbikes. The screen is pretty hopeless; set so low that it directed turbulence straight at my head, making for a loud ride. A simple adjustment system could have dramatically improved it. At least a taller screen is available as an accessory.

The fairing gives reasonable protection to the upper body. But its broadest part, which holds the mirrors, is too low, so your hands don’t get much wind protection and the mirrors show mostly forearms. In cold weather you’d need heated grips – another accessory. The fairing lowers give some protection but the Vultus wouldn’t keep the rain off your legs as efficiently as most scooters.

The fairing glove pockets’ small size is made worse by the poor detailing. The left one holds an electrical socket but I didn’t fancy the idea of my fragile phone rattling around in a hard, strangely shaped compartment that could easily have been made much more accommodating. The pillion seat hinges to form a useful backrest, but it’s a shame Honda didn’t design it to reveal a luggage rack with bungee points, as the similarly hinged seat of BMW’s R1200C did 18 years ago.

There was no chance of using a tank bag on the angled, plastic tank cover so I had to lash my bag to the backrest, and risk damaging the paintwork. The Vultus was originally shown with integrated panniers, which are available as an accessory but would have been usefully included as standard, although even they aren’t very big. The pillion seat is a reasonable size but there’s only a strap to hold.

By contrast some innovative design has gone into the instrument console, with a digital display illuminated in a choice of 25 colours. Better still, it can be set to change colour with the different riding modes: blue for Drive, pink for Sport and orange for Manual. Okay so it’s hardly a game-changer, but it did seem quite cool. The display is legible and includes most info including a fuel gauge, though not a consumption reading. At 11.6 litres the Vultus holds less fuel than the Integra, but with the economical twin sipping gas at 75mpg or better it should still give a reasonable range of well over 150 miles.

Despite that, the Vultus ultimately comes across as a design study that has been allowed to go all the way to production, when ideally an experienced Honda designer should have reviewed the project, given it a C+ and sent it back for some necessary revisions. The result is a machine that succeeds in its aim of looking futuristic and drawing attention to its rider, and is even fun to ride. But it’s hard to see the audience when there are numerous far more practical and less expensive alternatives – several from Honda itself – that make a lot more sense. 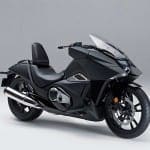 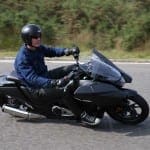 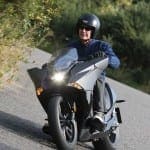 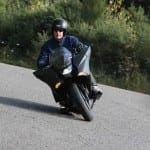 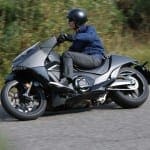 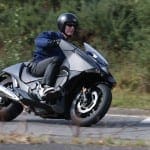 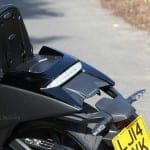 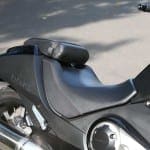 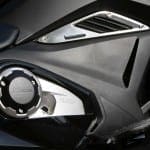 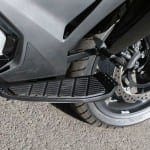 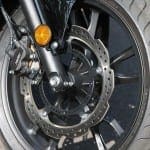 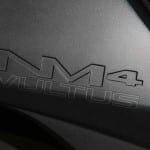 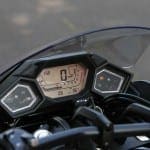 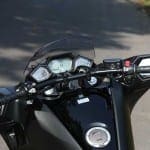 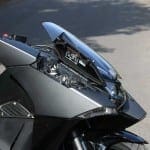 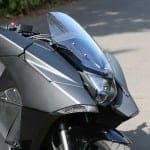 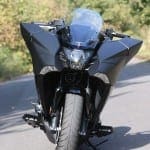 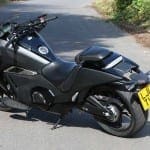 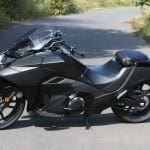 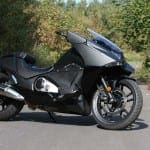 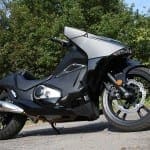