Yamaha’s recent announcements of the new XJR1300 and XJR1300 Racer reveal bikes heavily influenced by the company’s ‘Yard Built’ collaboration with motorcycle customisers. A release sent out at the same time says that the scheme will continue, with talk of a celebration of the 30th anniversary of the VMAX, so we should see a new design for this exclusive machine next year. Here’s what Yamaha has to say… 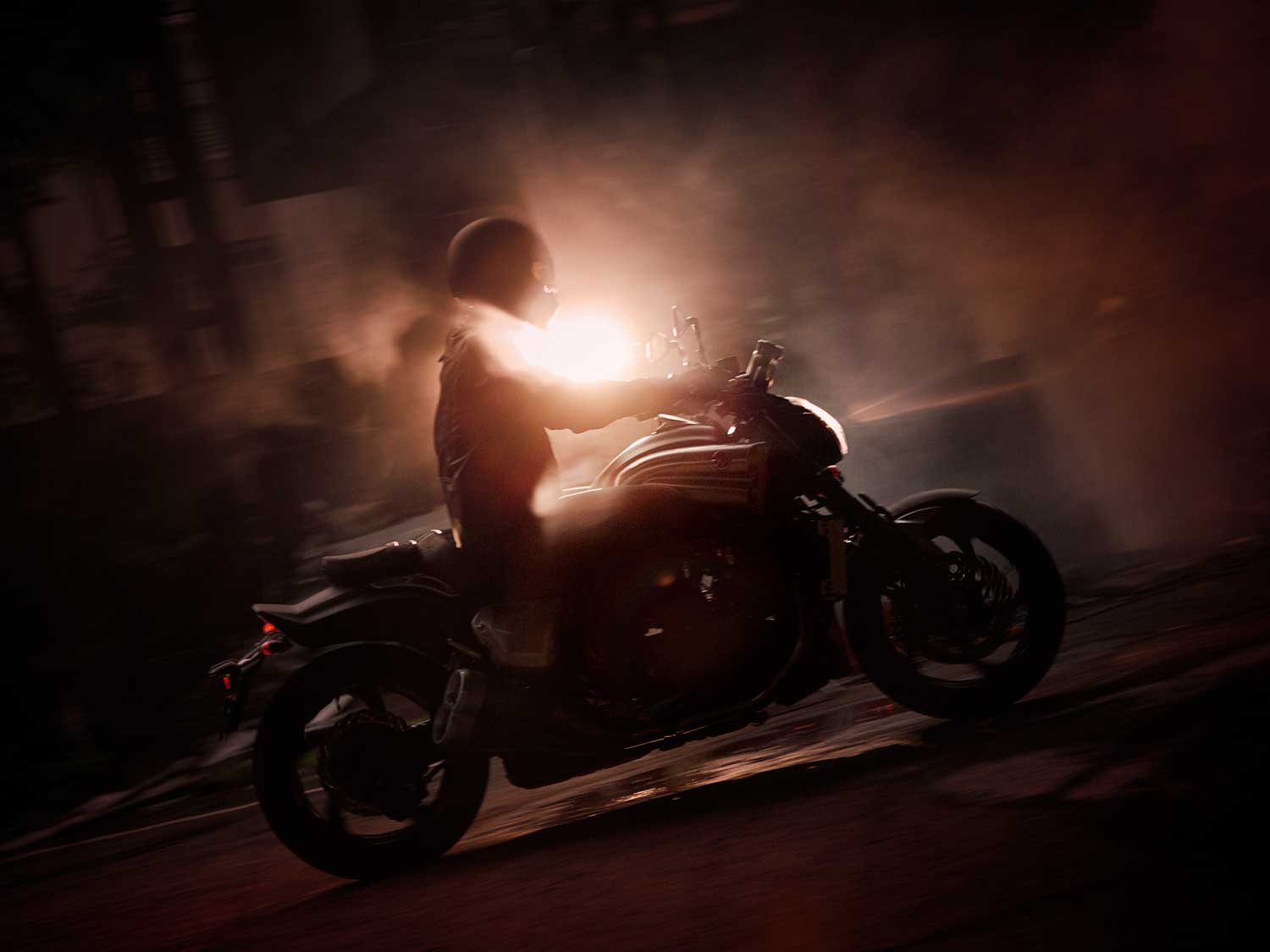 Yamaha’s growing Yard Built platform continues to shine a light for those motorcycle enthusiasts that dream of building their very own custom motorcycle but don’t necessarily have the skill and equipment to tackle a full build.

Recent collaborations have seen the most iconic and talented bike customisers making motorcycle alchemy by transforming modern Yamaha models into ‘Yard Built Specials’. For selected models unique aftermarket kits are available for Yamaha customers to purchase and satisfy their dreams by customising their own motorcycles.

This year alone, Yamaha have added some stunning machines to the Sports Heritage ‘Yard Built’ project, launching the amazing Yard Built SR400 ‘Homage’ by the Benders Brothers and Yard Built SR400 ‘Deus Lightning’ by Deus Ex Machina to the thousands of gathered custom bike lovers at Wheels & Waves 2014 in Biarritz. Following the Lightning concept, Deus also released a fully available kit version based on the Lightning for those who wanted to create their own at home, the ‘Deus 400’.

The SR400 wasn’t the only Sports Heritage machine to be transformed in 2014 as the XV950 got the full Yard Built treatment in the hands of Italian custom bike magazine, Low Ride. Inspired by the legendary FZ750, the ‘Pure Sports’ is a unique street racer with an eighties inspired theme.

The creativity didn’t stop there as NYC based Japanese builder Keinosuke ‘Keino’ Sasaki unveiled his collaboration with Yamaha in September. The sublime ‘Rhapsody in blue’ XJR1300 concept proved what was possible with a modern Yamaha machine and went on to provide inspiration for the next generation XJR model.

Visitors to the 2014 Motorcycle shows will now find alongside the 2015 XJR1300 the stunning new XJR Racer. Yamaha’s inspiration for the custom twist on the iconic street bruiser came in part from Deus Ex Machina Italy’s take on the XJR1300, the ‘Eau Rouge’. The beautiful concept is an authentic retro race thoroughbred with beautiful lines and handcrafted fairings and tank, paying homage to the endurance racing machines of the 70s.

The Sports Heritage Range continues to inspire custom builders as the year progresses with several exciting new projects on the way. German builders and part suppliers KEDO will unveil not one, but two awesome Yard Built SR400 machines later in the year. These are KEDO’s first independent Yard Builds having helped create the parts required to transform the amazing Wrenchmonkees’ Yard Built ‘Gibbonslap’ last year.

Continuing the very German theme on upcoming projects will be the Benders Brothers. Following the huge success of their stunning Yard Built SR400 ‘Homage’ the German brothers are getting ready with their next Yamaha collaboration based on the XV950. Expect a visual treat as they’re working on a very special café racer with stunning paint and littered with customised aluminium parts and pieces. The brothers are taking their inspiration from their previous ‘Jericho’ creation, a beautiful custom based on a 1983 Yamaha TR1. 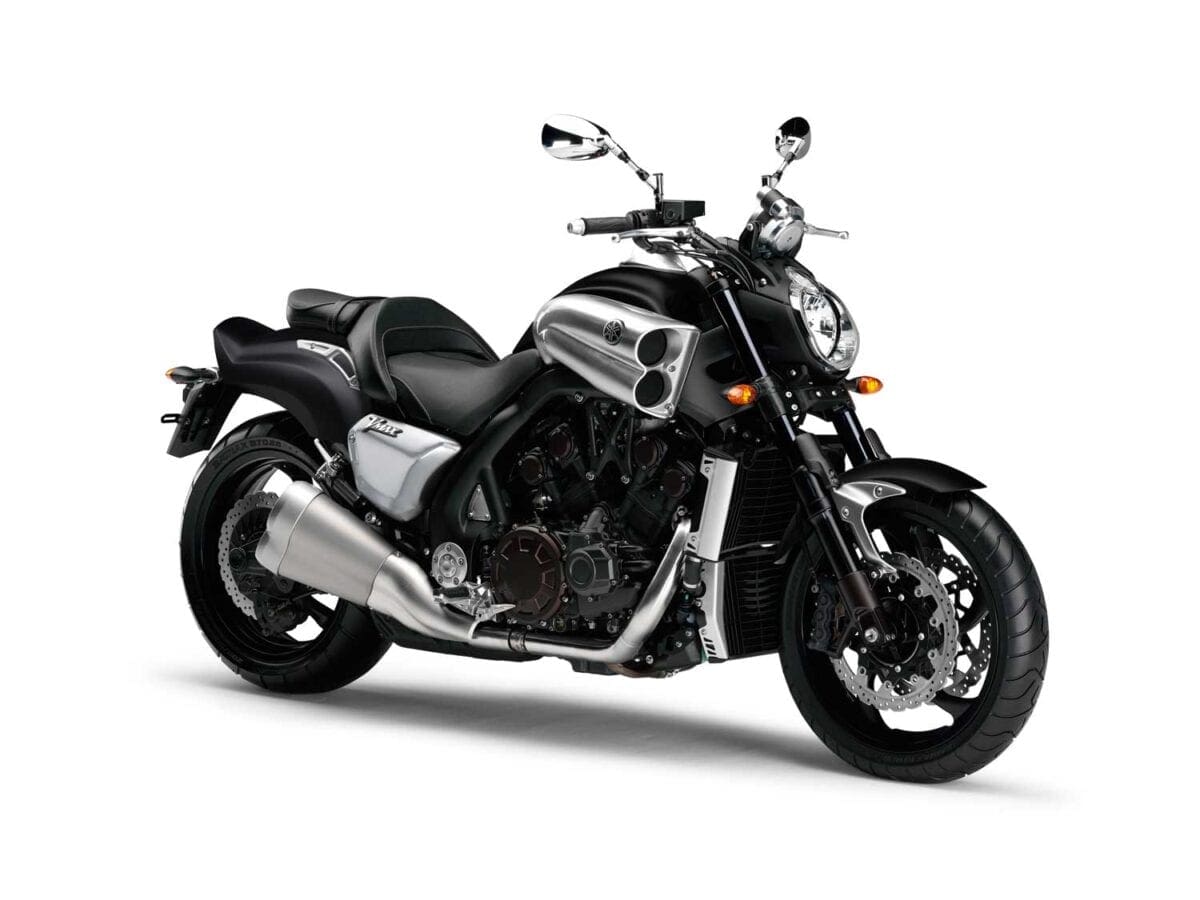 Three years ago the motoring world’s jaw dropped at the 2011 EICMA Motor Show when Yamaha unveiled the custom built VMAX machines of Roland Sands, Marcus Walz and Ludovic Lazareth. This makes the 2014 Intermot show the perfect stage to announce a brand new project.

To mark the 30th Anniversary of the legendary VMAX powerhouse, Yamaha has again teamed up with three world famous custom builders to show case three different customization directions for VMAX fans. The first builder to kick off the project is cult German custom builders JvB Moto. JvB will be the first to bring the VMAX under the Yard Built umbrella with a brand new build.

Yard Built fans can expect to see a stripped back creation that pays homage to all that was good about design in the 80’s, the birthplace of the original VMAX monster muscle machine, combined with modern materials and a custom twist. The build will be detailed on Yamaha’s social media channels and the final bike will be launched early in 2015 in celebration of 30 years of the VMAX.

The VMAX isn’t the only Yamaha icon celebrating an anniversary in 2015 as the XJR1300 prepares to make some noise for its 20th anniversary. The raw street machine is no stranger to the Yard Built world with stunning creations from the Wrenchmonkees, Deus Ex Machina and Keino already on the scene.

Following the success of the Yard Built XJR1300 ‘Monkeefist’, the Wrenchmonkees are back for more. The Copenhagen based Danish builders are collaborating with Yamaha again on an all-new XJR1300 Yard Built project with the 2015 model. Expect to see some intriguing updates over the next two months as the build progress in a build up to the big reveal early in 2015.

The building doesn’t stop there as Spain based custom design studio Matt Black Designs joins the Yard Built family. The Spanish studio already have a reputation for creating custom machines which nicely blend retro style with modern performance components. Matt Black’s build philosophy fits well with Yamaha’s Sport Heritage mission to produce machines inspired by the past, built for the future, making a collaboration a natural choice. The crew will be working hard in sunny southern Spain on a rather special XV950 custom build. As usual you can expect to see inside the build on Yamaha’s Yard Built TAB on the Yamaha Motor Europe Facebook page and look forward to the big reveal early in 2015.