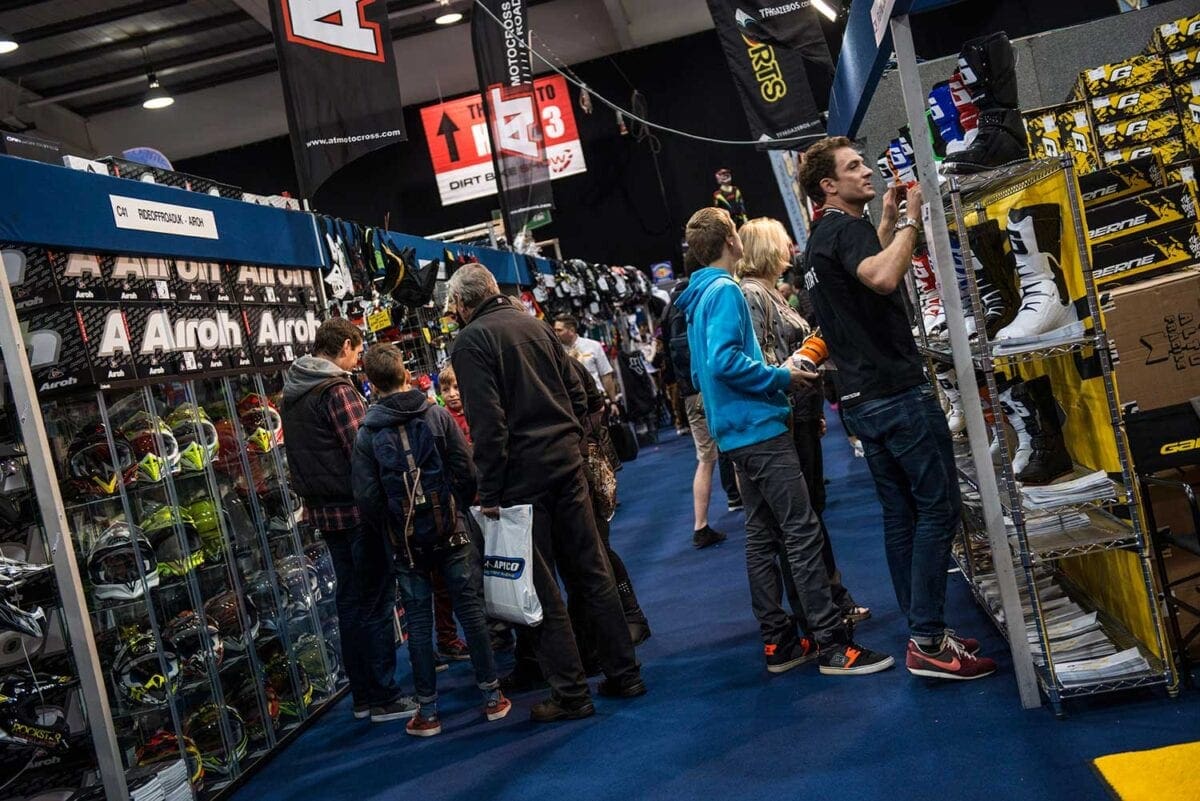 The annual International Dirt Bike Show off-road fest returns to Stoneleigh Park, Warwickshire this autumn for another four action-packed days of dirt biking product launches, entertainment and bargains. The Show has been running for well over a decade at Stoneleigh Park and early indications are that this year’s event will topple previous years in terms of visitor attractions, value-for-money and the range of goods on display, plus there’s a fantastic chance to WIN A HONDA CRF450

If you’ve ever fancied taking a look at just what goes on off-road, then there is no better place to start… 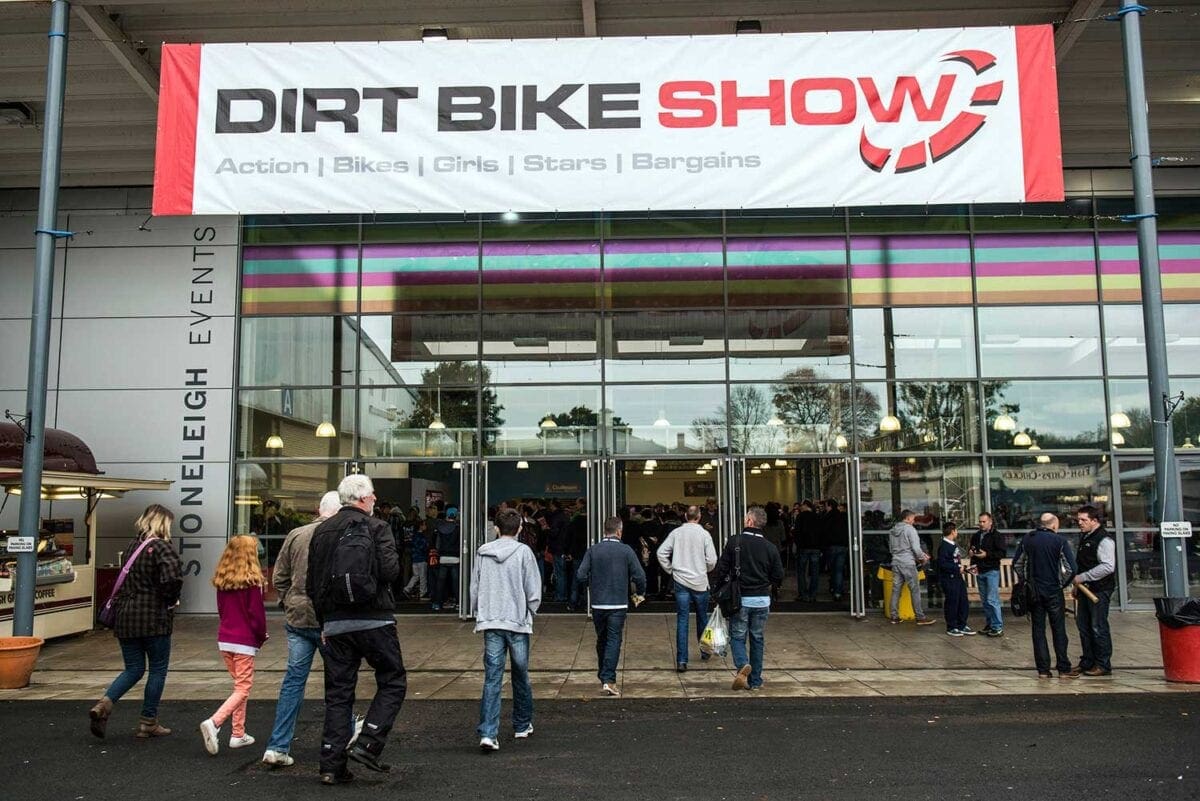 Everything but the bike

The Show is also where visitors will get to see or try on the very latest new-season kit, gear, parts and accessories for both rider and machine from some of the biggest companies in the world. Over in the retail hall, you’ll be spoilt for choice with a mind-boggling selection of trick bits and bargains covering head to foot, wheel to wheel, bench to van, and everything in between. There are simply far too many top-name exhibitors to single out and mention here, but to help plan your day and find your favourite exhibitors, the free-of-charge souvenir Show Guide will carry a full A to Z listing of all exhibitors.

The fun starts even before you enter the Show halls, as the gravity-defying Wall of Death will be situated out front, adjacent to the catering units. Once inside, the activity halls will house Inch Perfect Trials – with displays to first watch and then machines to try out; Owd Codgers Trials – bringing a sense of decorum to proceedings; Lee Bowers’ stunt spectacular – using both superbike and motocross machines; FlatTrack demos with former British champion Pete Boast; My First Honda Licence – let the youngsters of the family get the biking buzz; the Electric Zone with Oset and Mecatecno – children from as young as two can have a go; remote-control bikes – challenge your family and mates; Strider bikes for the very young; kids quads and more. 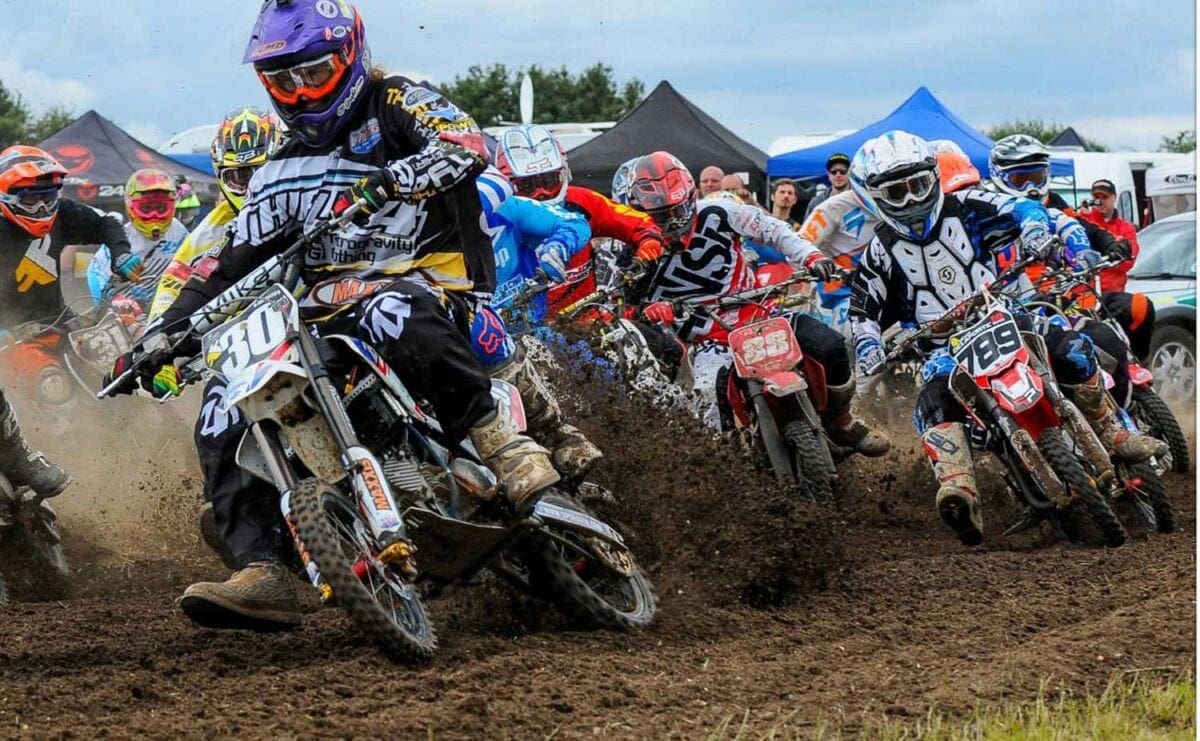 Danny Butler and his Extreme MTB Show crew are masters of performing to the crowd and over the past few years have become firm favourites with Show visitors. This year, the guys will give short on-stage teasers before hopping over to their adjacent stand and performing their choreographed routines and tricks over and around a new rig and obstacle set. 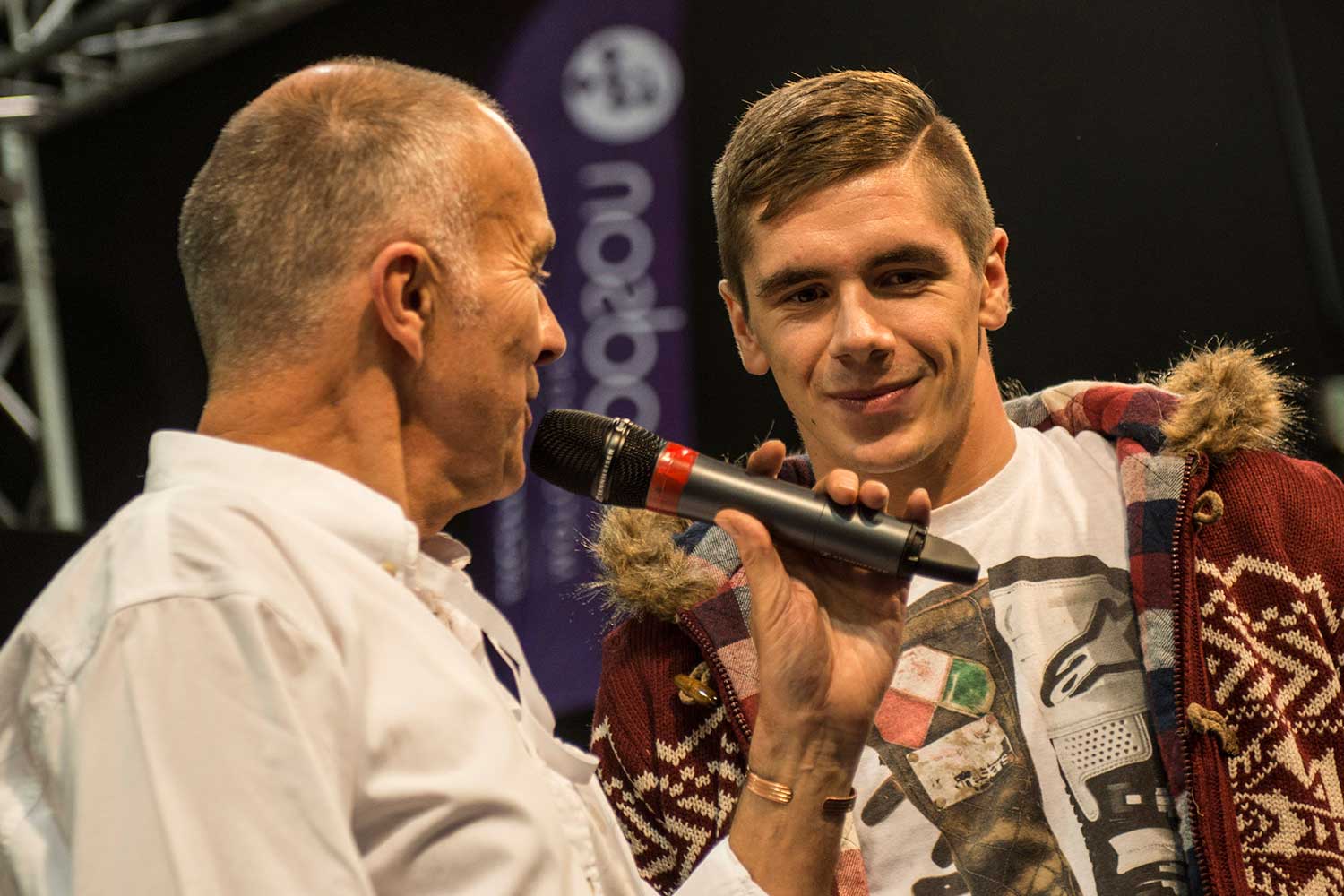 Half the size, twice the fun

Fast and furious is the name of the game here as the organiser of the MiniBike National and British Championships is running a standalone event at the Show which will see six classes battle it out over eight frantic laps for Show glory. Expect to see plenty of packed races with top-level riders, live timing screens, a new and bigger supercross-style indoor track layout, better spectator viewing and a trade area selling mini bike goods. Thursday and Friday will serve as practice days with qualifying heats and finals starting from 10am on both Saturday and Sunday. 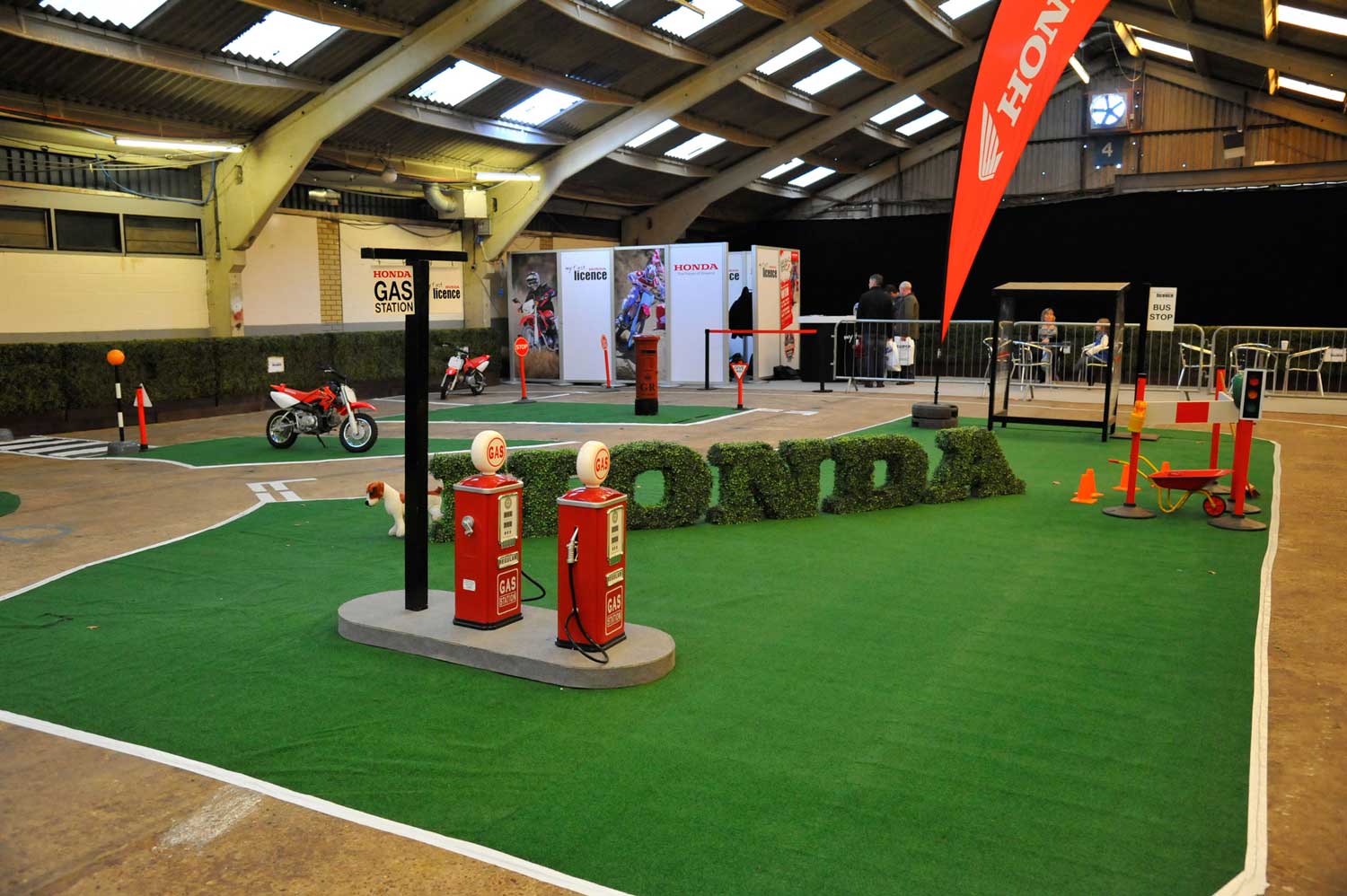 One lucky Show enthusiast will win a black edition Honda CRF450 in a free-to-enter prize draw. All you have to do is rock up to the Show, visit the Classic Dirt Bike stand in hall three, check out the goods and, if you’re over 16 years of age, complete an entry form. 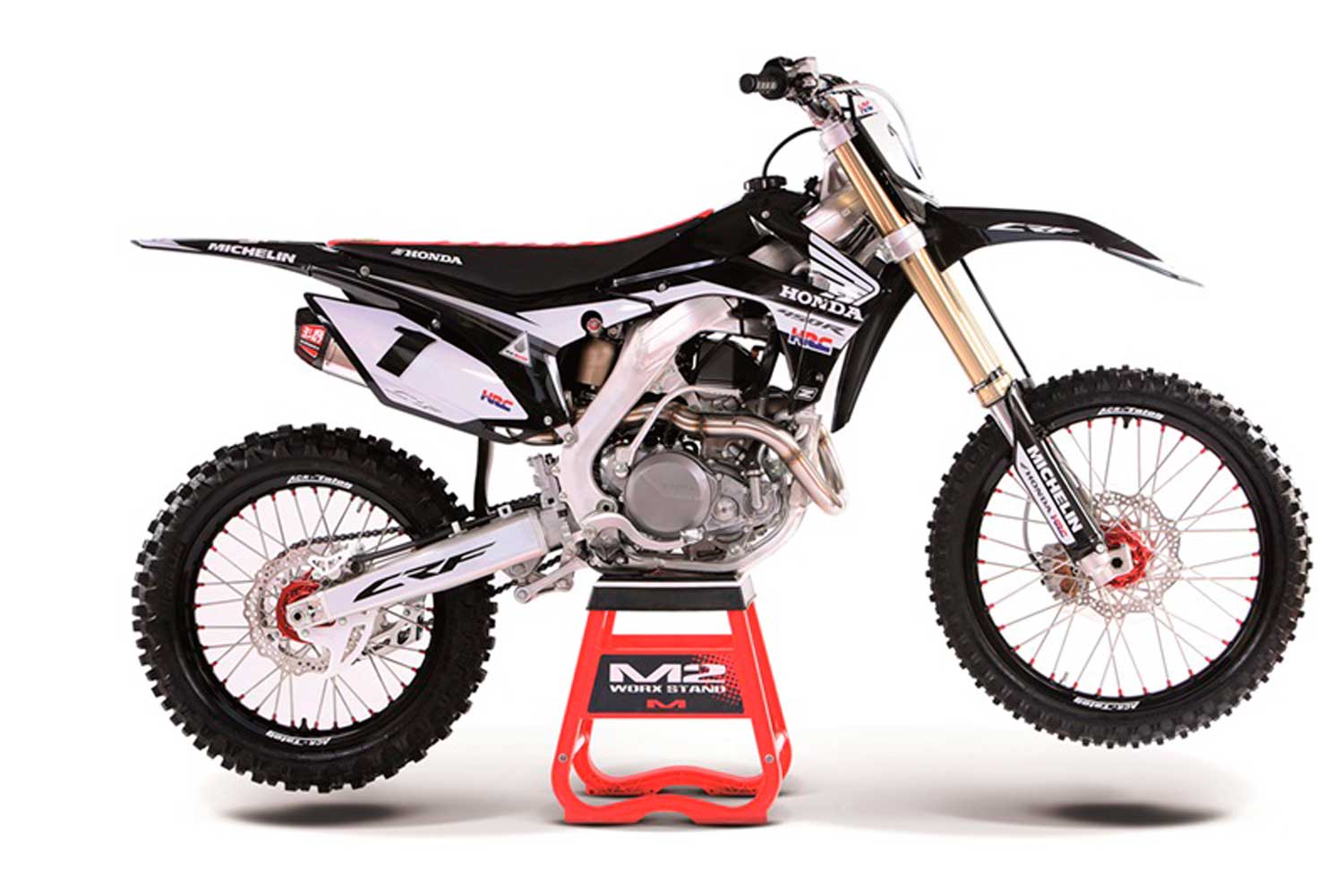 Gonna be a classic

The Classic scene will be embraced in hall three with historic displays including a number of Scott Trial twinshocks to celebrate the centenary of the world famous one-day trial; a Bultaco Sherpa T in recognition of the 50th anniversary of the legendary Sammy Miller signing for the Spanish marque; and a BSA Victor on loan from the National Motorcycle Museum, a GP scrambler that won the 500cc motocross championship in 1964 in the hands of ace works rider Jeff Smith. 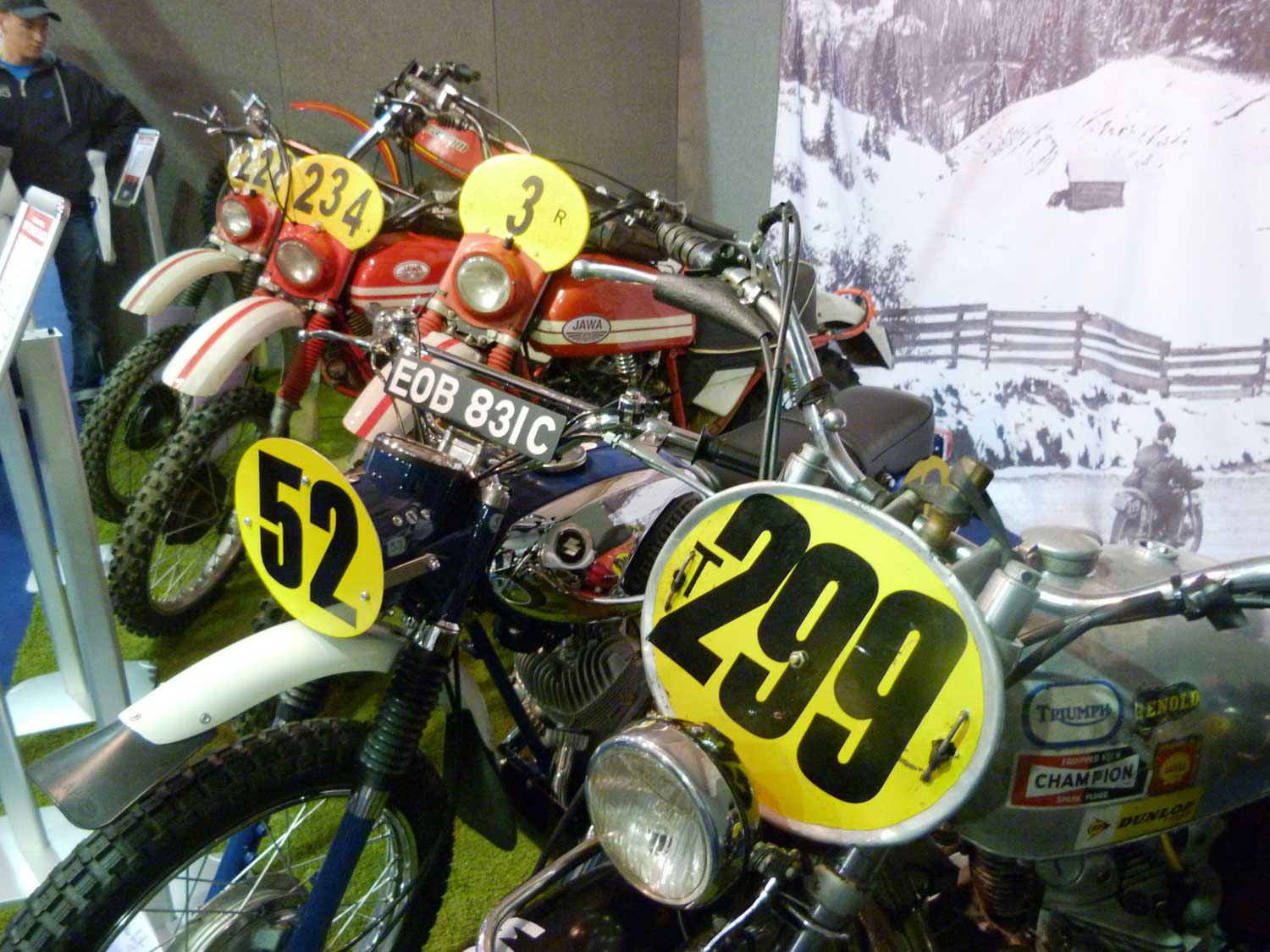 Save money – buy in advance

Tickets are on sale now and everyone aged 16 and over who buys an advance ticket will automatically be entered into the Win a Honda competition. So not only can you save a substantial sum of money on your ticket, but you could also walk away with a cracking prize. The ticket link at www.dirtbikeshow.co.uk will lead you through to the advance ticket booking site, or you can call 01507 529529. A family ticket offers a saving of £10. Adults can save £3 each and children aged 11 to 15 can shave £1.50 off a ticket. There is even an adult saving on the opening day, which is already halved from the normal £15 to £7.50 on-the-door, but in advance, adults aged 16 to 59 can visit the Show on Thursday 30th October for a wallet-friendly £6! What’s more, in many parts of the country, the Show coincides with the autumn school half-term so what better way to keep the youngsters entertained?

The official International Dirt Bike Show ‘App’ is the bang-up-to-the-minute way for busy, on-the-go, off-road enthusiasts to obtain the latest Show news and updates. Available for Apple and Android users, it can be downloaded completely free-of-charge at www.dirtbikeshow.co.uk.