Petrol can safety to improve with new spouts

Change in UK regulations will prevent hundreds of burns, save money and stop pollution, say Gloucestershire inventors of a non-spill spout.

The Health and Safety Executive evaluated the safety benefits of a simple addition to the standard plastic petrol can spout and as a result they have included non-spill spouts in new regulations.

New Petrol Container Storage Regulations came into force on 1st October 2014 stating that, to be fully compliant, petrol containers will be fitted with anti-spill safety spouts which prevent overfilling and the ignition and explosion of petrol vapour inside both spout and container. Manufacturers and retailers have over a year in which to sell existing stock and comply.

The non-spill spout insert was invented by Gloucestershire-based brothers Richard and Jim George, perhaps best known for their Postsaver fencing product, for which they turned down offers from all four millionaires on the BBC TV programme, Dragons Den, and which is now enjoying growing sales in over 30 countries worldwide. 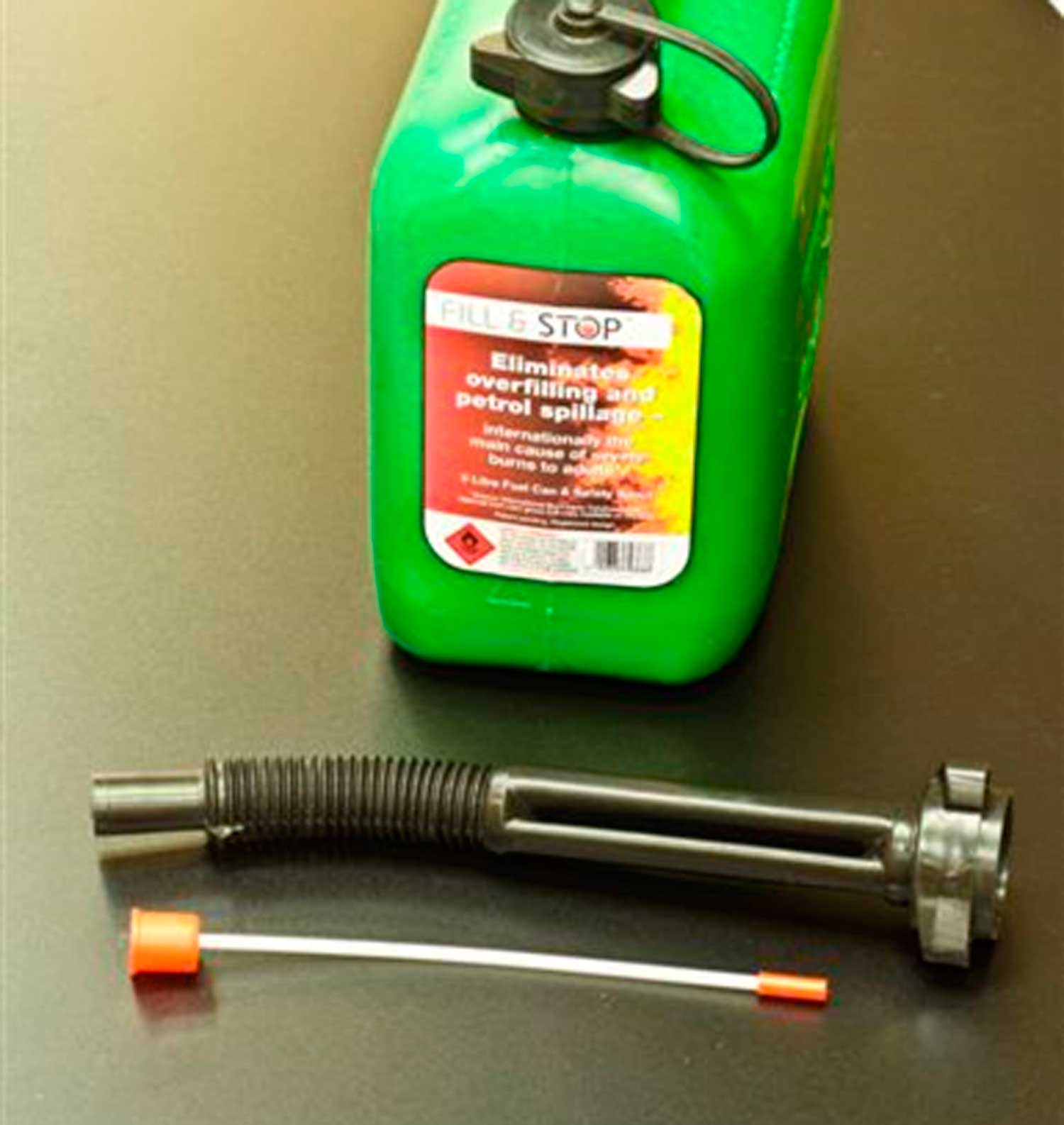 The UK petrol can market is dominated by the sale every year of around three million 5 litre plastic containers, 80% of which are sold from garage forecourts. Initial reactions from forecourt operators and retailers suggests that most will switch as soon as fully compliant options are available, rather than risk being left with unsaleable stock.

Richard and Jim George’s patented Fill & Stop solution is is simply pushed in to the standard spout by the fuel can manufacturer and is already widely available in petrol cans sold in Scandinavia, Italy and Australia, with over 500,000 units already in use.