Walking around the Carole Nash Classic Motorcycle Mechanics show, I saw bike after bike that I wanted to buy. That’s the trouble with the Stafford show – while there are hundreds of beautiful classic machines from all eras, along with stall after stall of parts, accessories, tools, kit and clothing, there are also hundreds of tempting morsels waiting to be snatched up.

The Stafford show is the place to haggle, and while some of the bikes have relatively high ticket prices, the opportunity to bag a bargain is there… it’s just choosing which one!

These are just a few of the bikes that made my wallet twitch… which would YOU buy? Tell us why in the Facebook panel below.

14 motorcycles you need* to own… 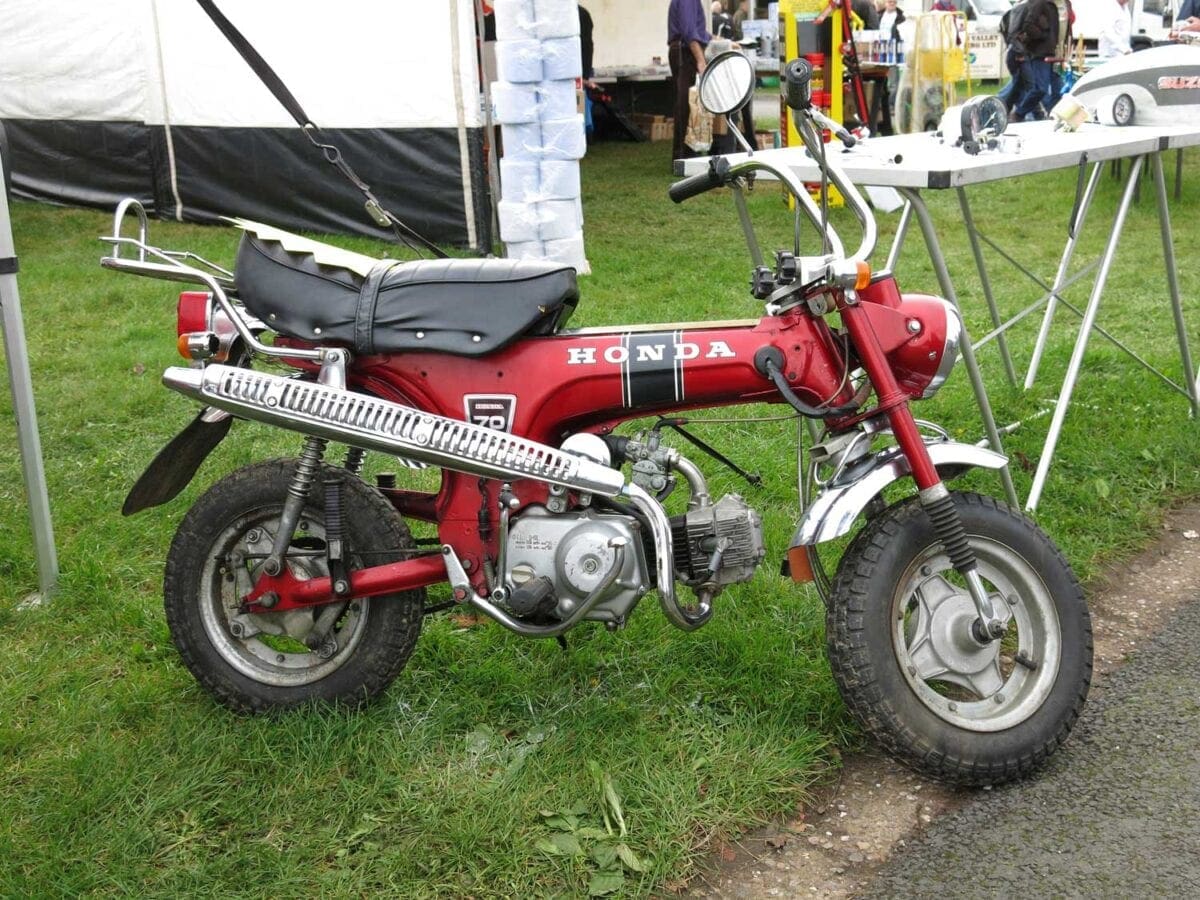 This French ST70 is up for £1300 and has the quirky style I like in a rash purchase. The little 5.5bhp air-cooled four-strokes were originally sold with either a three-speed auto or a four-speed manual, and were first released in 1969. 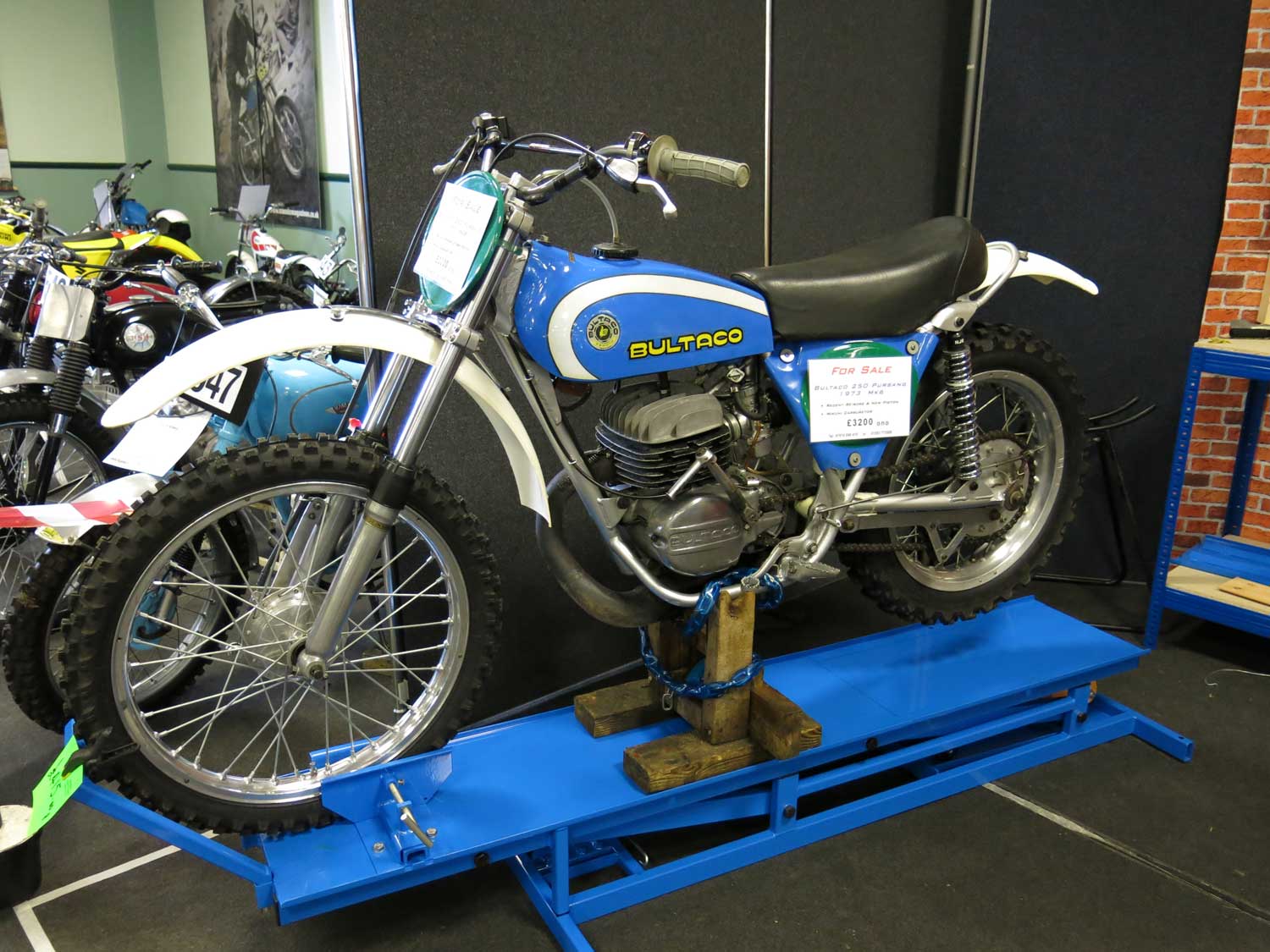 Priced at £3200, with a recent re-bore and piston plus a Mikuni carb, the Pursang was built between 1967 and 1981, in sizes from 125cc to 400cc. The powerful, reliable engine was paired with a well-designed chassis that made it a popular choice for off-roaders 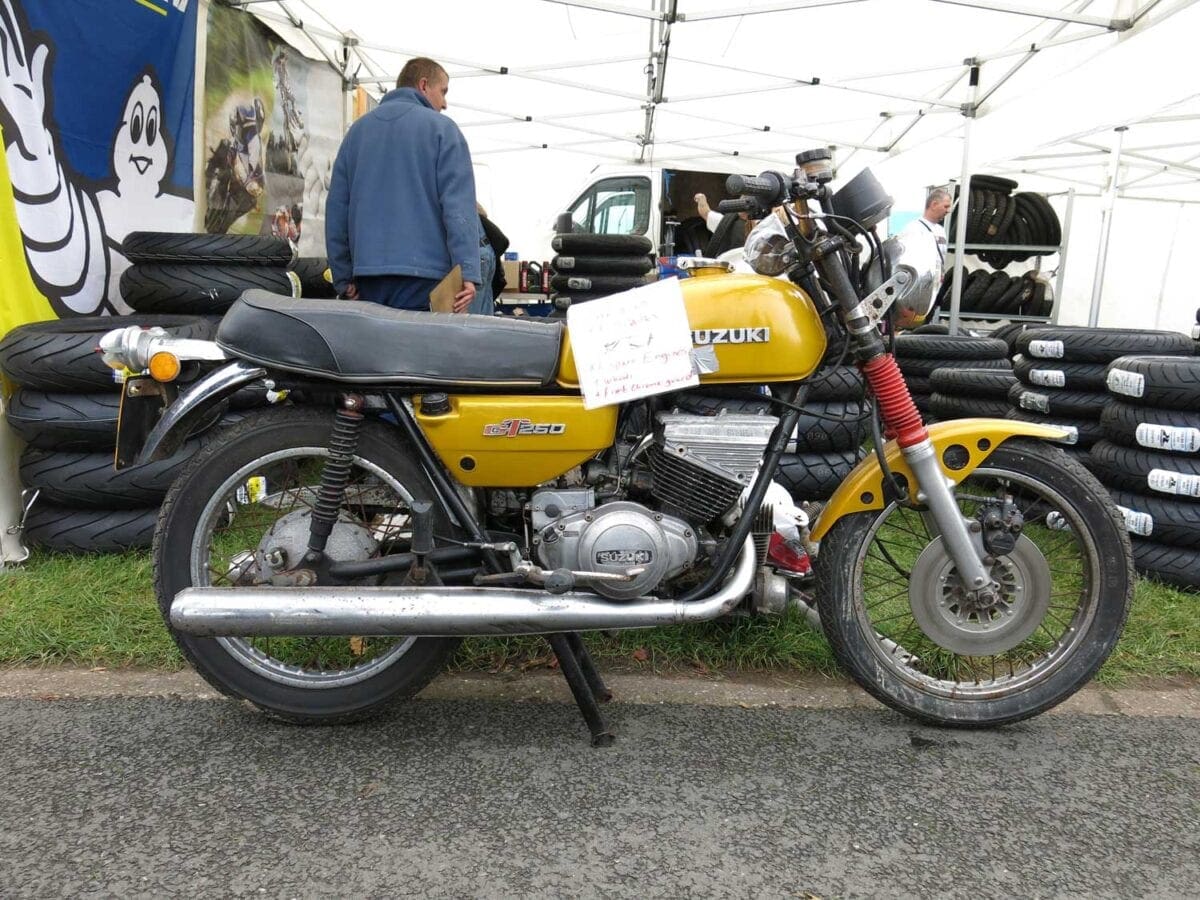 With two spare engines and spare wheels, this £900 GT could be a winter project. Being a pre-1976 bike, it has the ‘Ram Air’ cylinder head that forced cool air to pass through the cylinders to the back of the block. The GT was a modernised T250 with a solid disc brake bitten by a single-pot caliper. 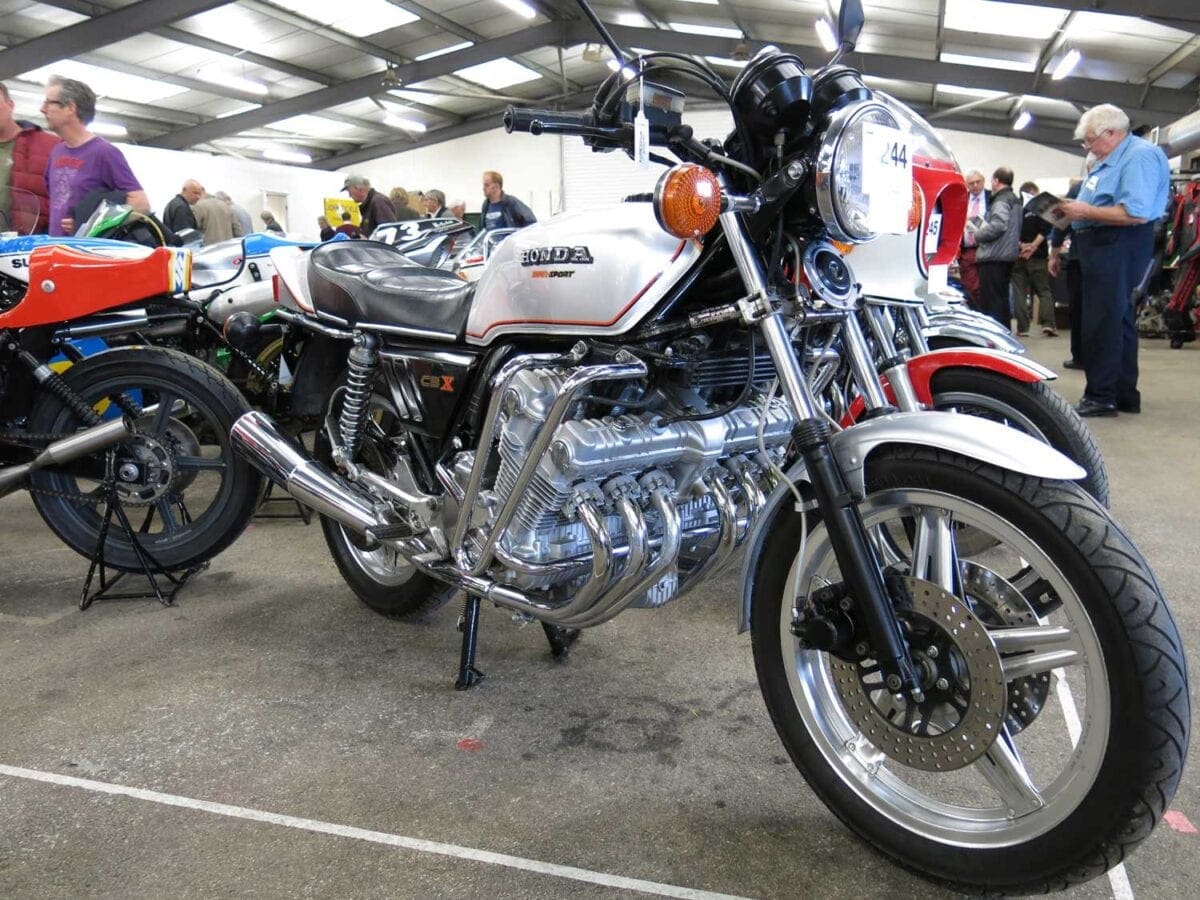 One of the pristine lots in the Bonham auction, the CBX is famous for its inline six-cylinder, 24-valve motor, making 105bhp. You have to wonder if anybody questioned the width implications of a transverse six lump in a motorcycle. List price is £8000-£12,000, having been rebuilt from the frame up, with the original exhaust still fitted. 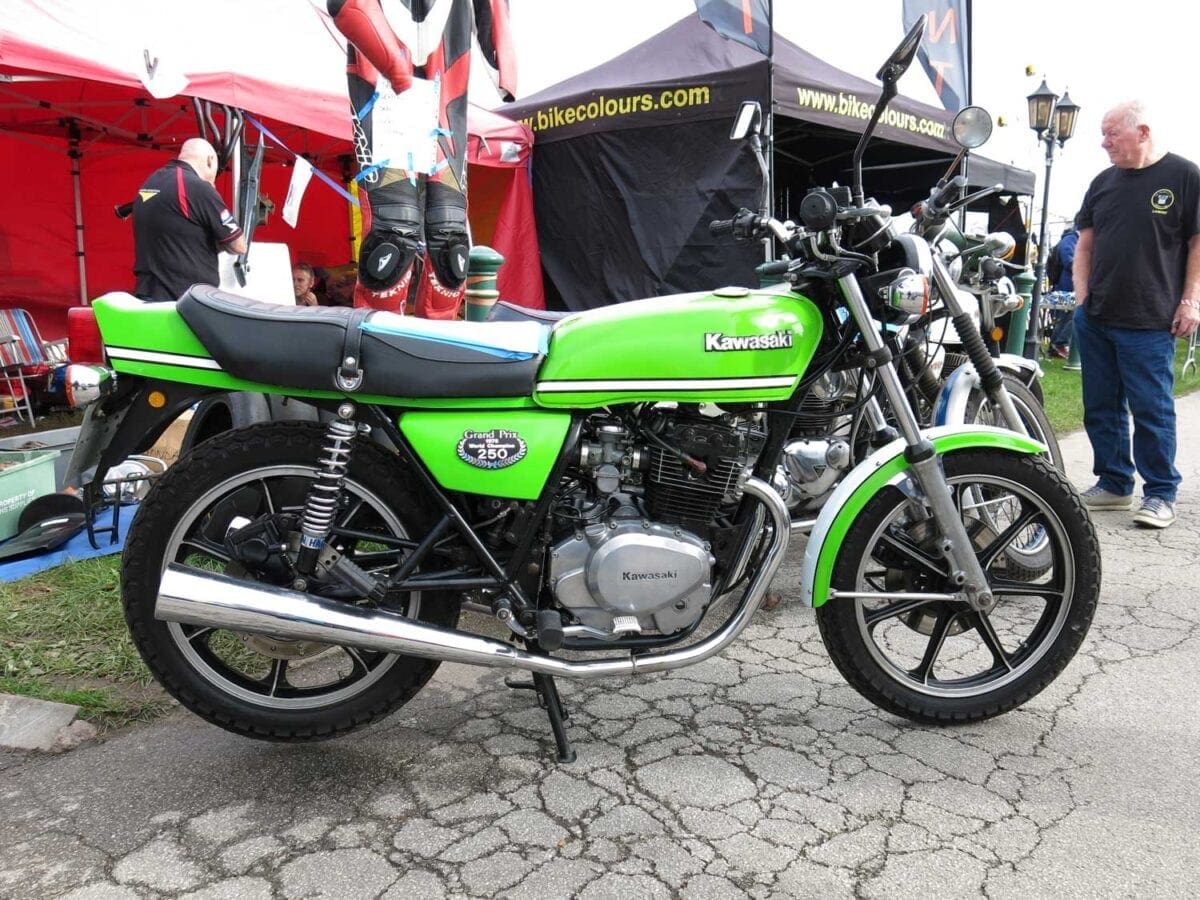 The seller’s asking £1500 for this green beauty. South African Kork Ballington was a 250 and 350cc racer for Kawasaki, winning in 1978 and ’79. The limited edition bikes were a celebration of his achievement, powered by a six-speed SOHC four-stroke. 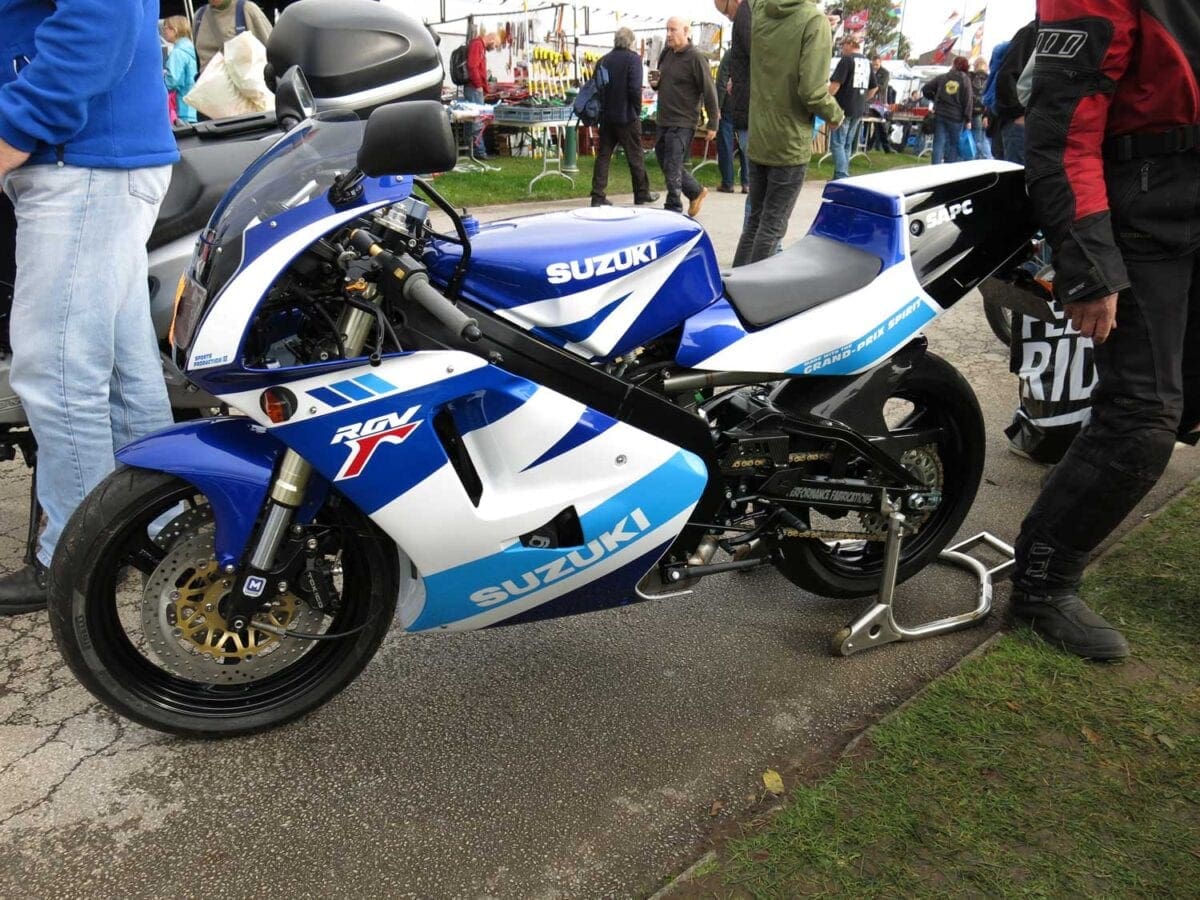 £15,999 might be a lot of money for even such a nostalgic ride, but the Maxton-tuned suspension, and of course the 500cc oil-burning lump make this rather special. The RGV250 would have previously had a two-stroke V-twin motor making over 50bhp in a power band between 8000 and 11,000rpm. 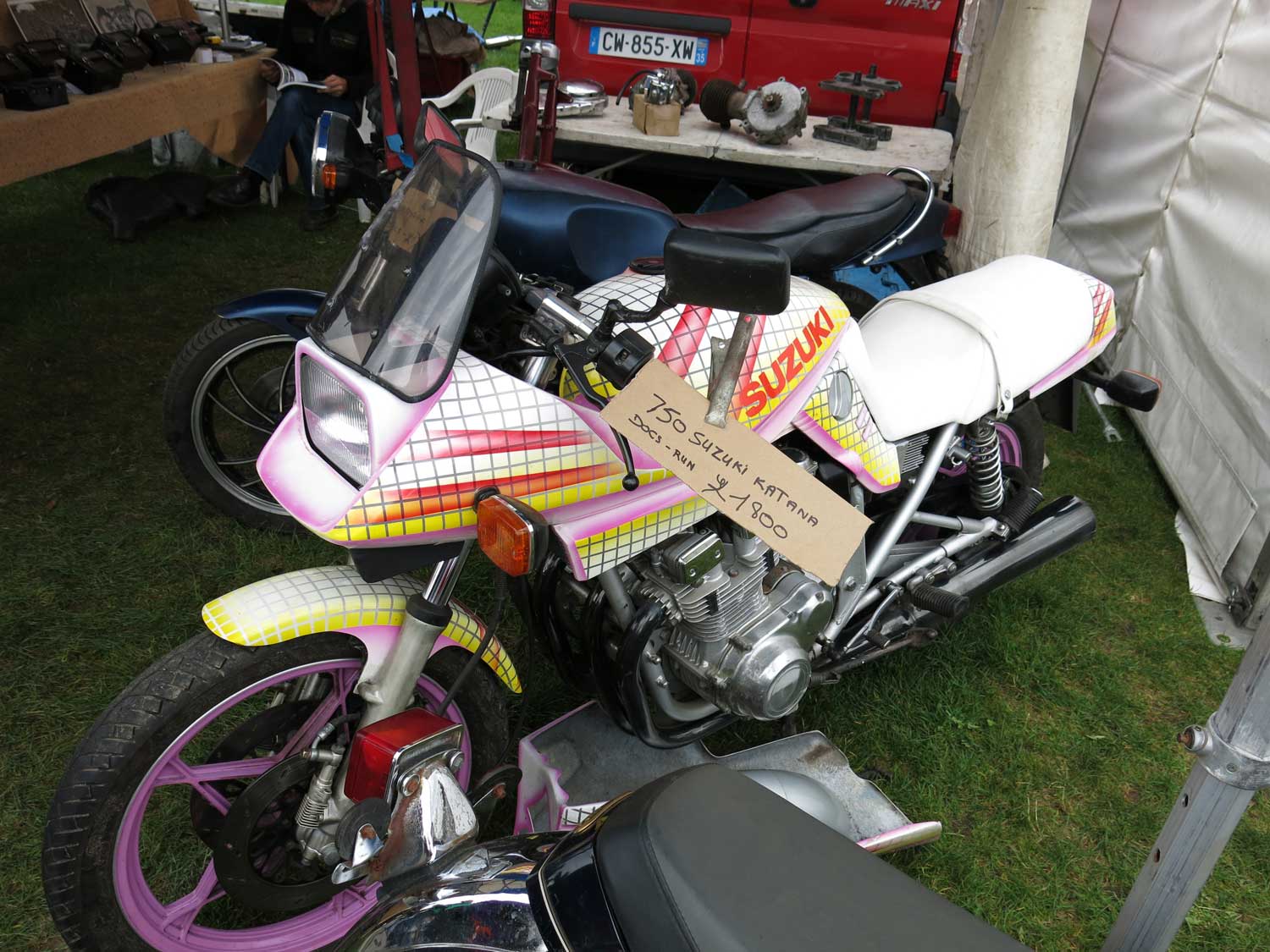 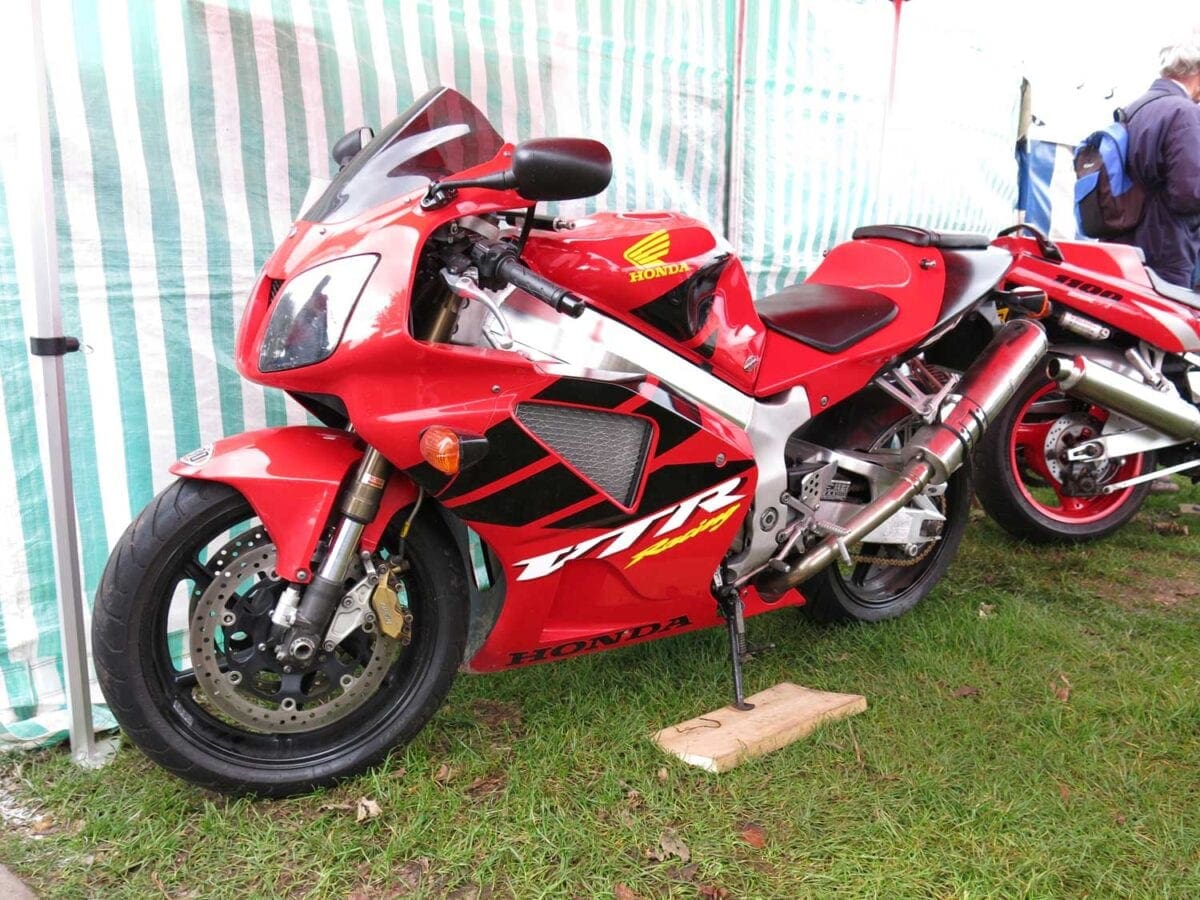 The SP1 was built to compete with Ducati’s V-twin on the racetrack. The later SP2 had larger throttle bodies, which helped to alleviate the snatchy fuelling of the early model. With Honda Racing Corporation (HRC) markings dotted around the bike, it’s alway been a stunning machine, and prices continue to rise. This one is up for £3995 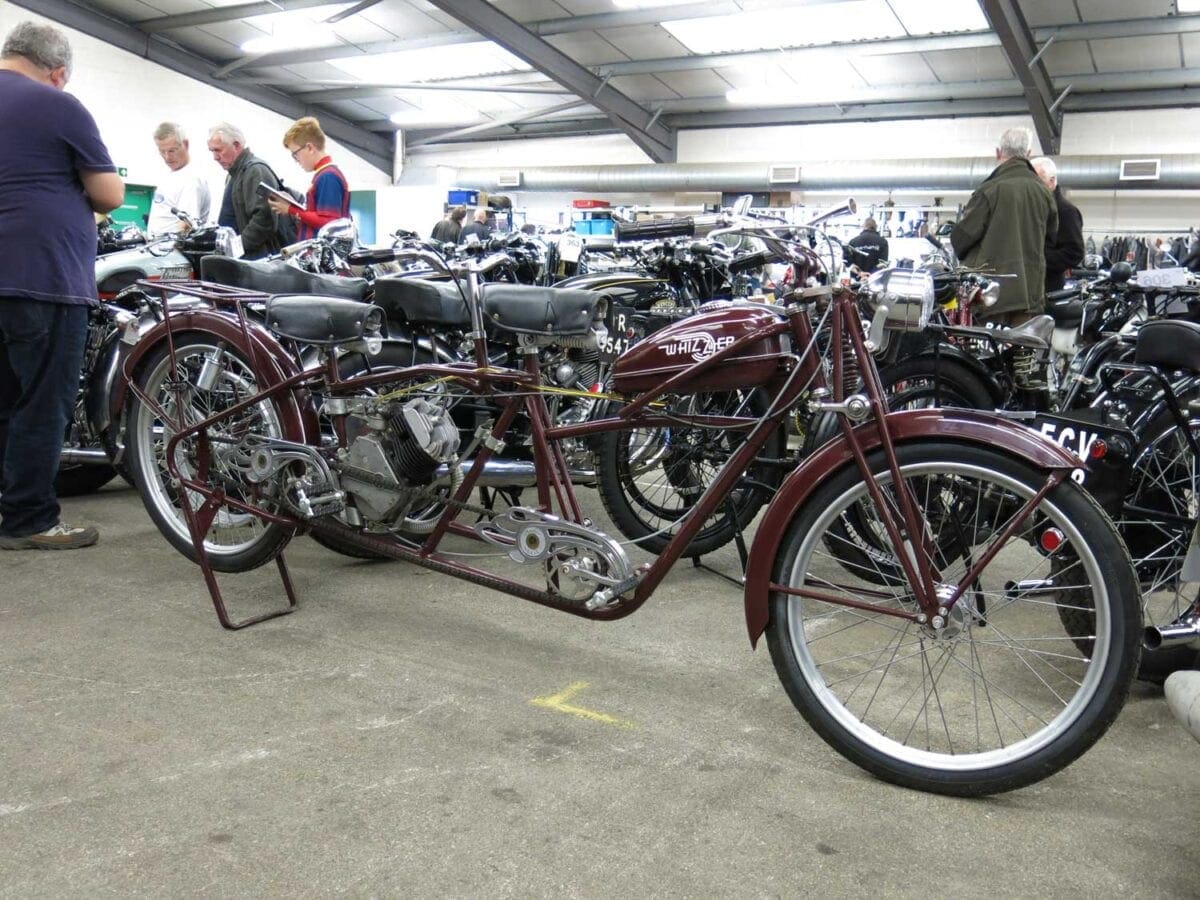 Popular with collectors, this 2.5bhp bike is up for auction with Bonhams. A belt drive could be supplemented by pedal power if fuel got low, and these bikes started life in 1939 when the Breene-Taylor Engineering Corporation in Los Angeles started selling engine kits for bicycles. A snip at between £2000 and £4000, this ex-Belgian Tandem was restored in Luxembourg in 2012. 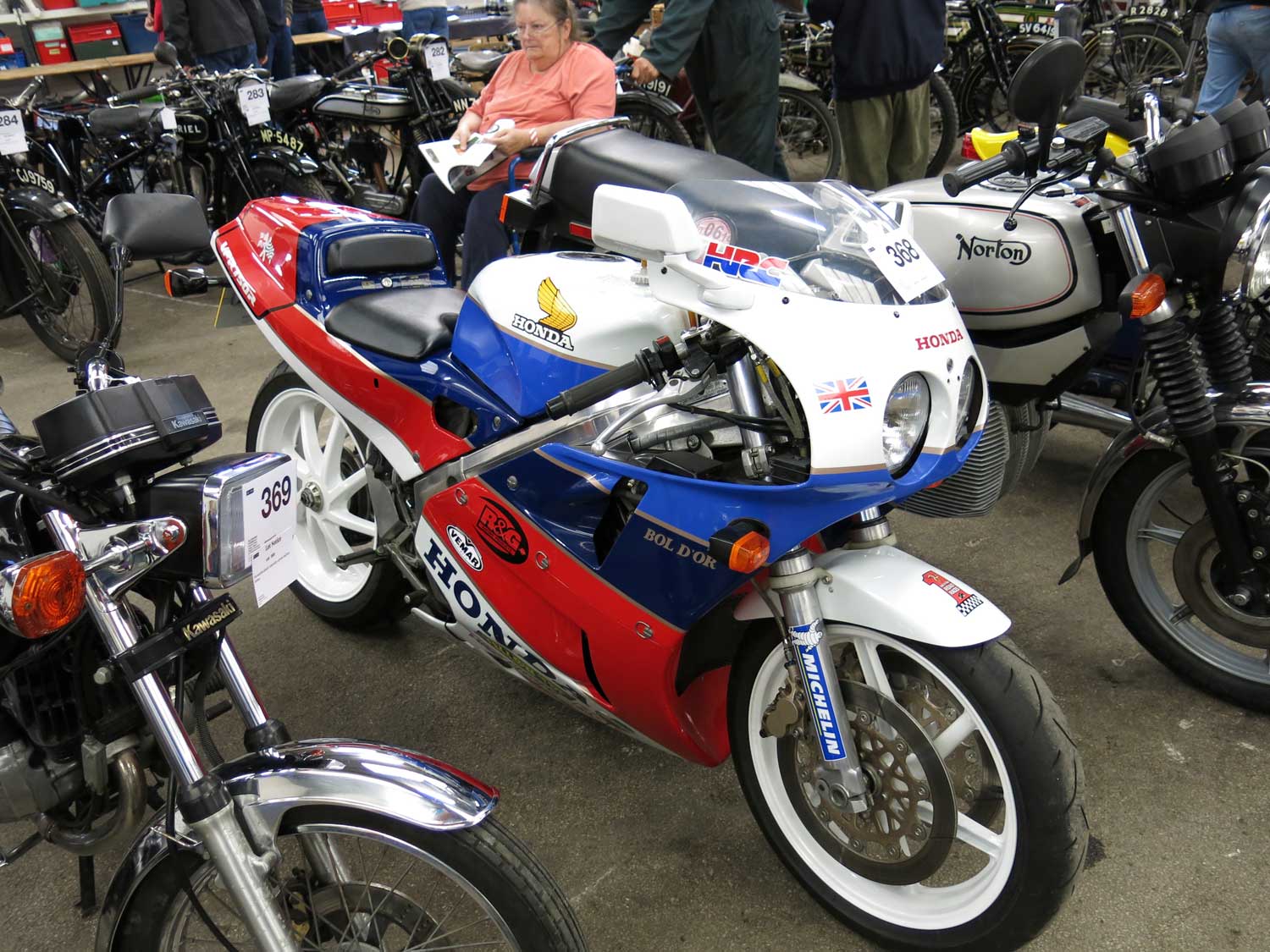 No Bonhams auction would be complete without the mother of all homologation bikes; the RC30. It’s powered by a 748cc 90° V4 making 76bhp, it’s small, increasingly expensive, and has a tendency to overheat. This one comes with its original exhaust, paddock stand and tool roll and is priced at £10,000 to £12,000. 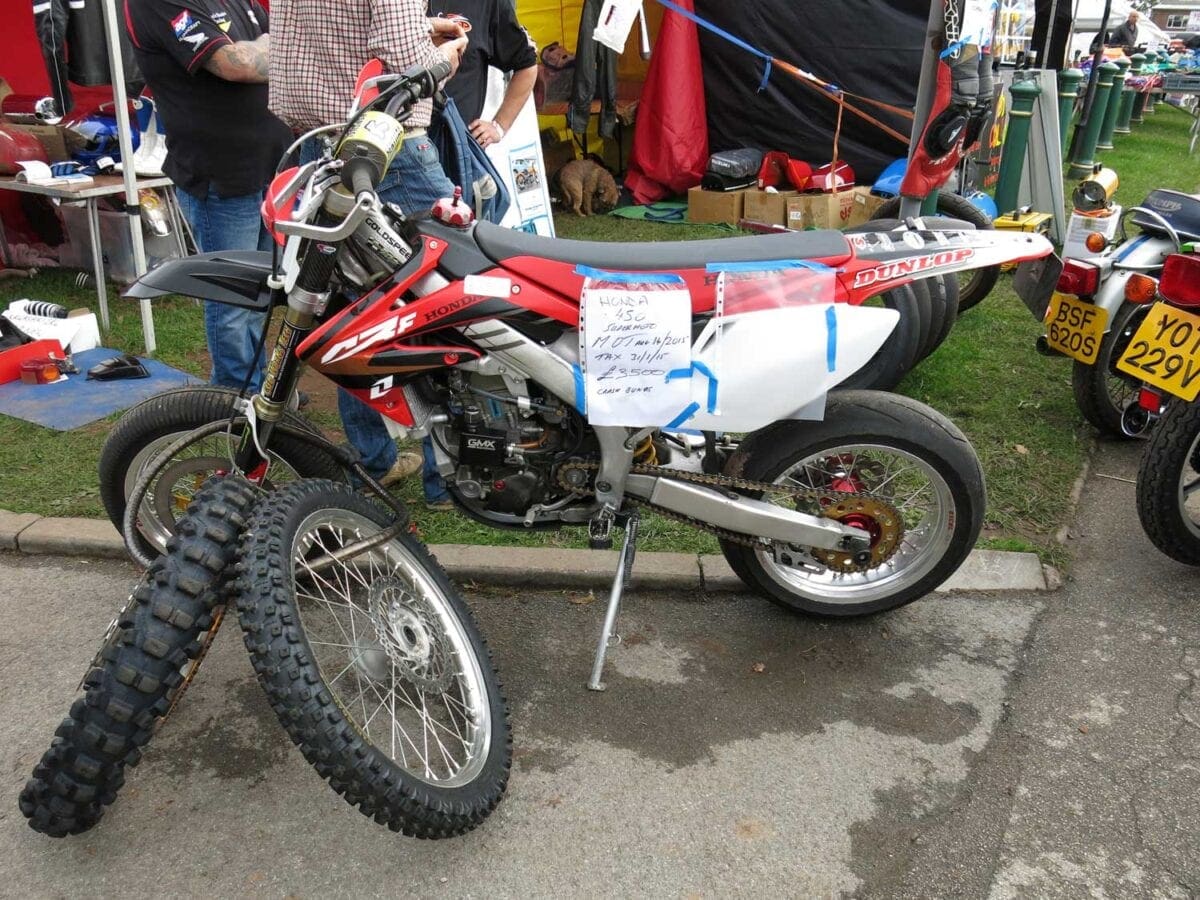 To many, the 2008 CRF improved upon the more violent power delivery of the previous models. Pro riders didn’t like the new chassis, which includes a small steering damper behind the number board. The engine can need regular love – Honda recommends a new piston every 15 hours for racing – and the small quantities of oil in the separate transmission and block mean 600 mile lubricant changes. Less professional riders should happily get 100 hours from a piston, but this £3500 bike is not for the mild mannered or spanner-averse… 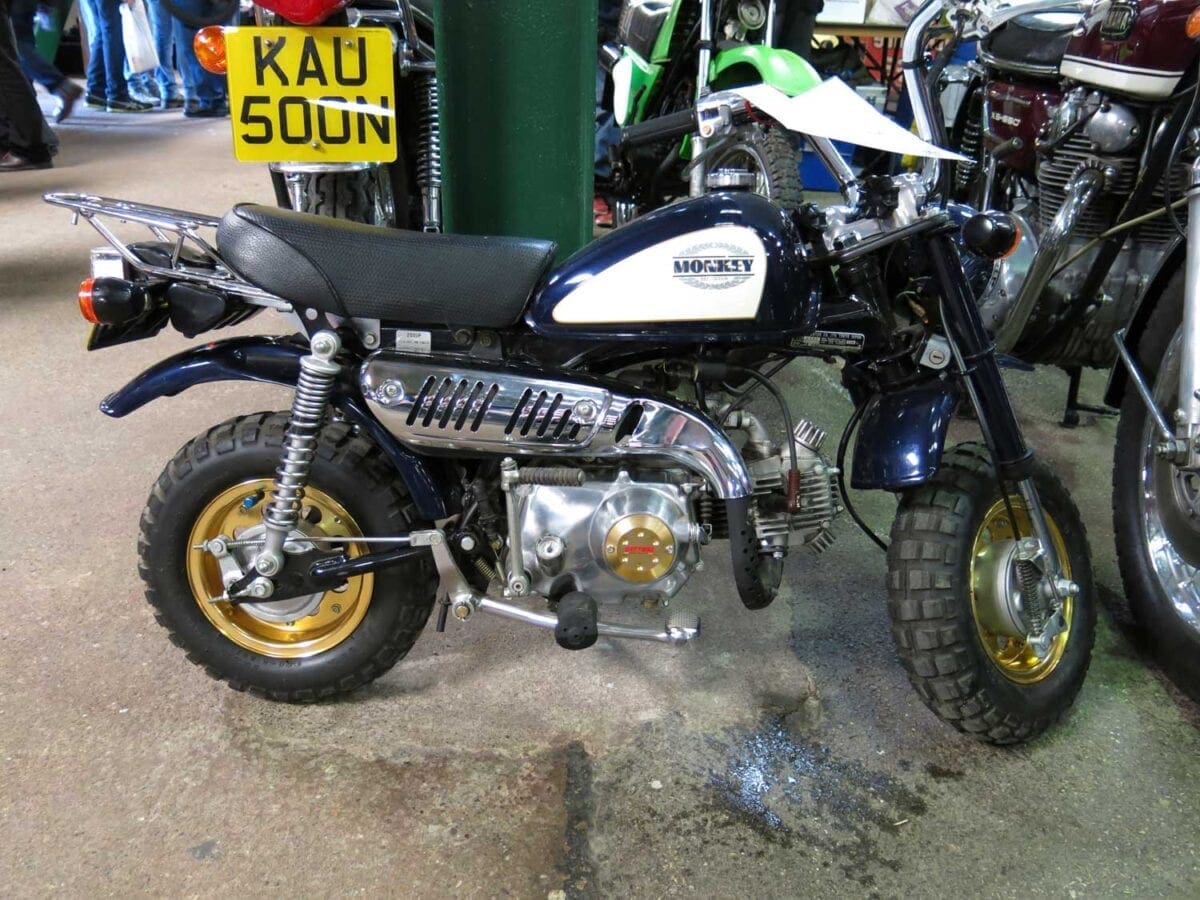 This is a small bike for £2750, but if you’ve never ridden one, I suggest you get out and do it. This comes with the number plate ‘M9NKE’, and though the 50cc four-stroke won’t be setting any records, there’s a massive market for upgrade and performance parts. Yes… you can get a nitrous kit for them. 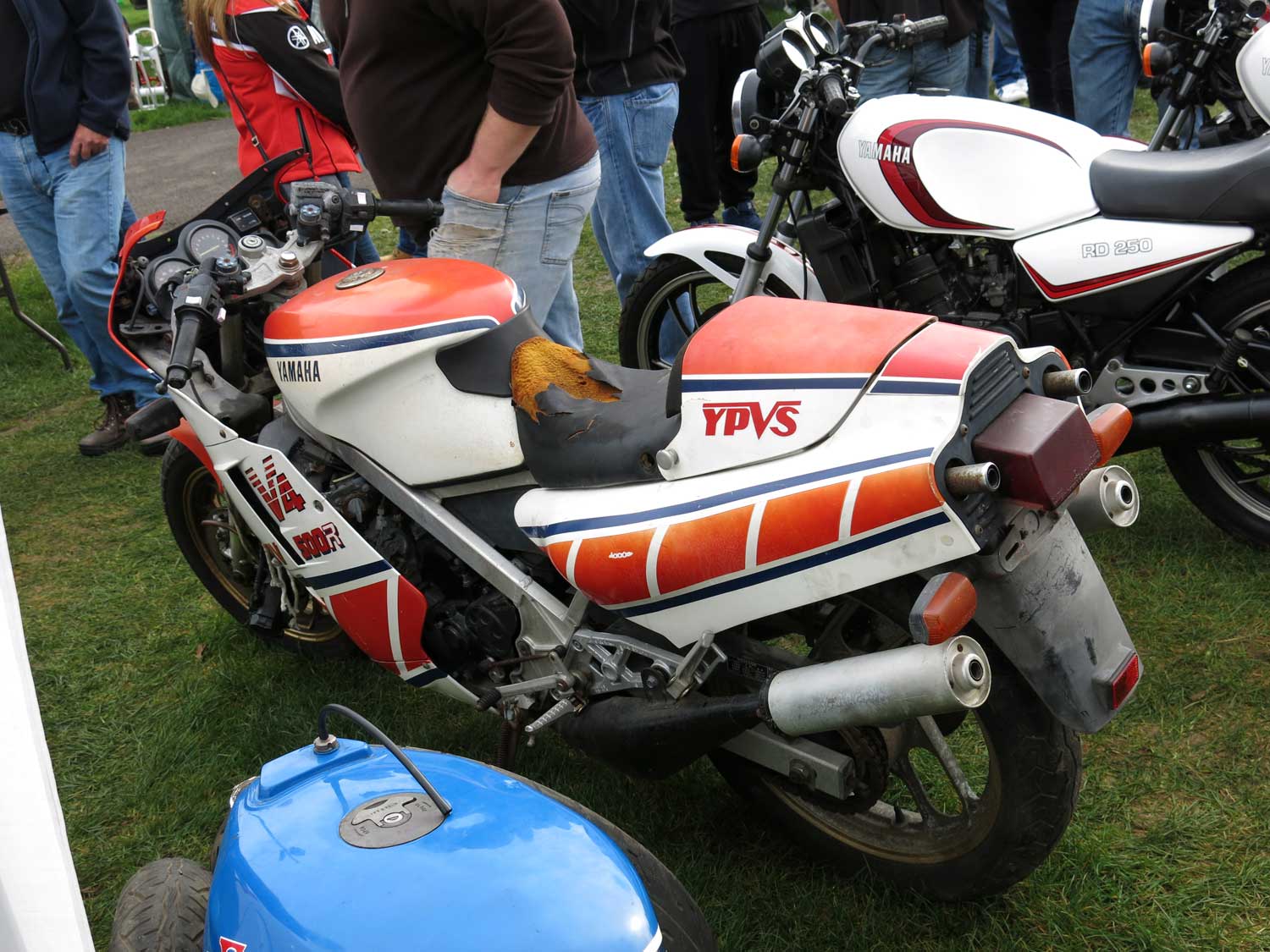 It’ll take a fair bit to polish this £3400 RZV back into shape. This is the Japanese market’s detuned version of the RD500LC. A two-stroke, 499cc liquid-cooled V4, it can be tuned back up to – and beyond – the 87bhp of the RD. Everything happens after 7000rpm, and if the motor’s a good one, it’ll still struggle to accelerate in top gear under 100mph. 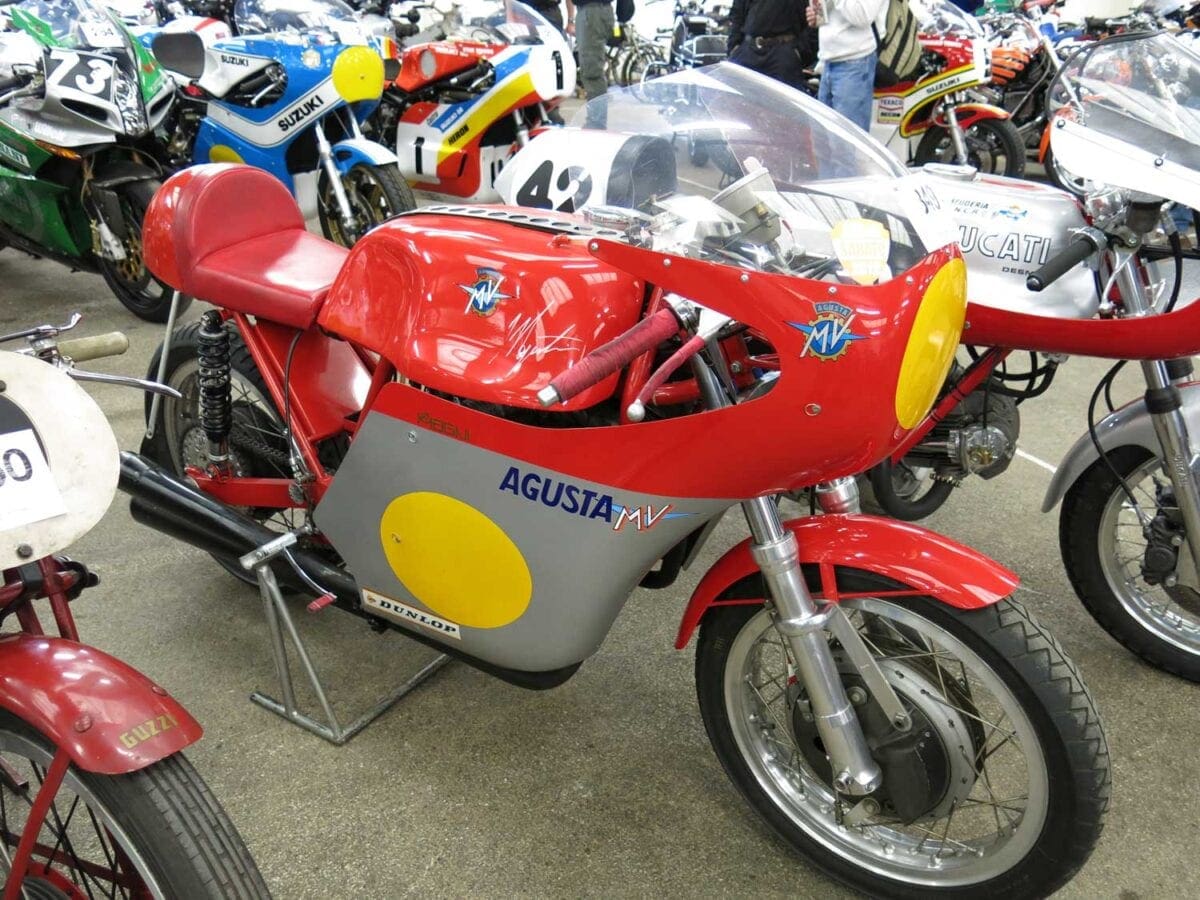 This Bonhams bike has a list price of £55,000 to £70,000, and was last used at Imola during the 200 Miglia Revival in 2012, where Agostini signed the tank. It’s got a dry clutch, Amal Concentric Mk2 carbs, magnesium brakes and Marzocchi rear suspension.

*Okay, maybe need is a strong word, but we bet at least one has tickled your fancy!