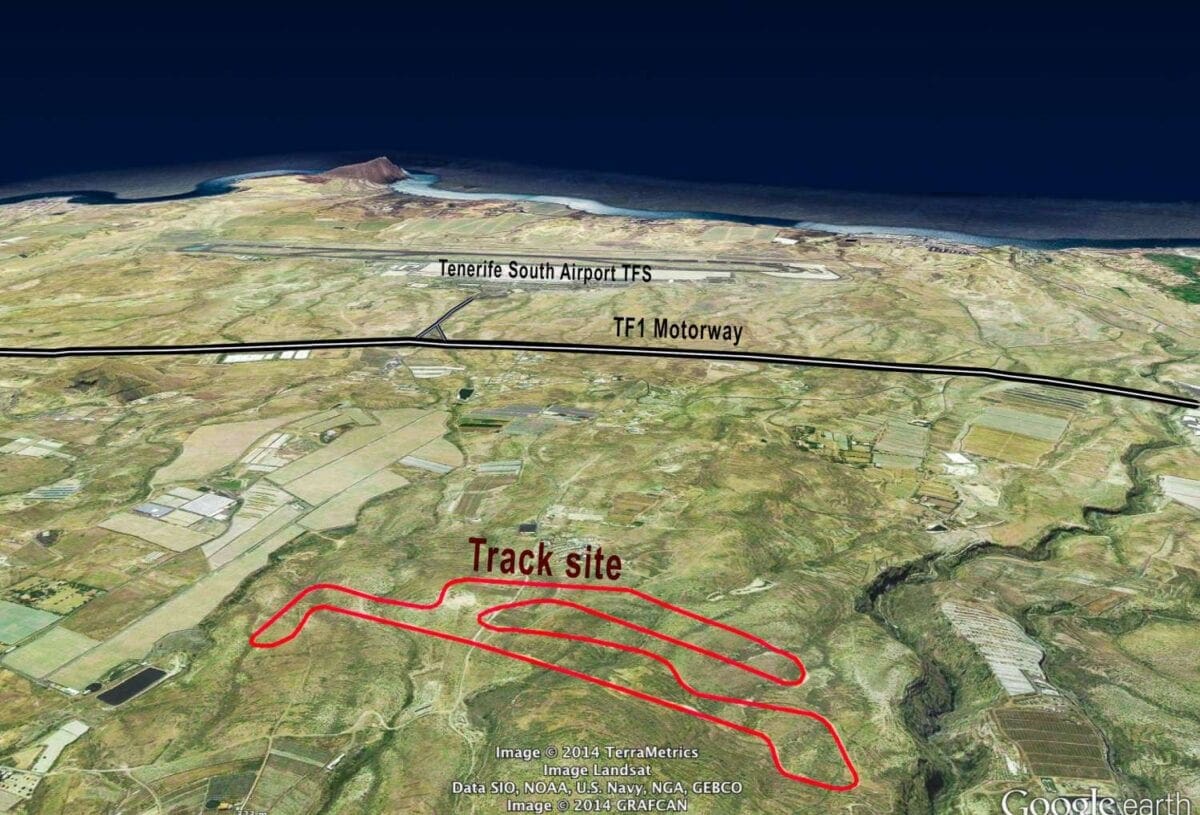 Carlos Alonso, the President of Tenerife announced the publication of a Request for Proposals (RFP) for the construction of a new race track in Tenerife – a track which will be named the “Tenerife Circuit”.

It will be located in Granadilla De Abona, and the project will include management of the track for an initial operating period of 40 years, with a necessary investment of 25.7 million Euros.

The race track is located in the year-round sunny South of the island, 2.5 km from Aeropuerto de Tenerife Sur (TFS) airport and 15km from Arona and Adeje, two of the main tourist areas of both Tenerife and Spain, which account for 78% of all tourists visiting the island.

The race track covers an area of around 1,3 km2 belonging to the Cabildo of Tenerife (Tenerife Government), and the project incorporates the latest trends in design and safety while offering several alternatives for simultaneous races.

It has been designed by TN y GPO engineers, designers of, among others, Circuit Montmeló in Barcelona, Spain.

Tenerife received around 6 million tourists last year. It has become the leading tourist destination in the Canarian Archipelago and one of the most visited destinations in Europe.

In addition to a growing tourism sector, Tenerife has a unique European Economic framework which offers companies operating on the island 4 per cent business tax and other attractive benefits.

Carlos Alonso said, “The Circuit fits in with our vision of Tenerife as a luxury destination with world class five star hotels and facilities. In addition Tenerife has always had great tax breaks within Spain. Its separate economic and tax system guarantee exceptional conditions to encourage investment and trade.”

Eduardo Pintado, Commerce Councillor of Tenerife, and President of the Automotive Federation of Tenerife added, “We have a long tradition and love of motor sports in Tenerife. The design for the proposed race track is modern and functional, and its design complies with current requirements of national and international car and motorcycling federations in order to run competitions to the highest standards.”