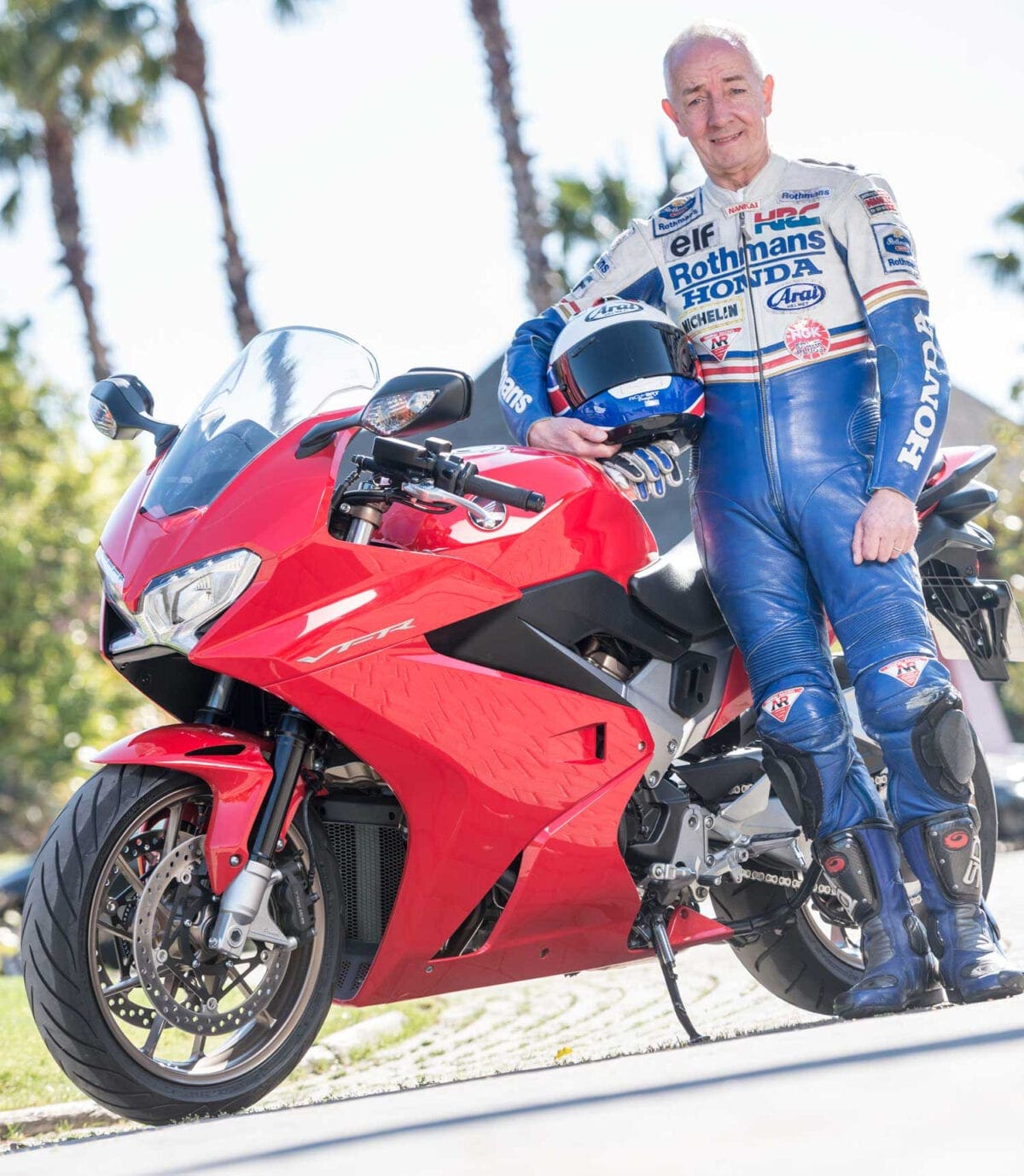 Dave Hancock, pictured with the 2014 VFR

Dave Hancock – Head of Honda Motorcycle Europe Product Planning – talks frankly to Simon Hargreaves for MoreBikes.co.uk about the Honda RC213V-S
MoreBikes: What stage of development are we looking at with the RC213V-S?

“This is an ongoing prototype; it could go into production but one of the things in the decision will be the reaction today, and what people think of it. But we’ve been developing it and it’s pretty much at the end now. So you can see it’s 90% finished.”

MoreBikes: Is it going to be made? Are you still deciding whether to build it or not?

“You could call it a halo product, or a flagship. It’s a bit like the NR750 in 1992. I was part of that development team and we sold about 200 around the world and 15 or so in the UK. When someone asked us why we did it, we said, ‘Because we can’. It was a statement, really. Basically, I can see people asking if we’re gonna make the RCV and what’s it gonna be, but it seems everyone loves it and people already want one… so we’ll continue with it.” 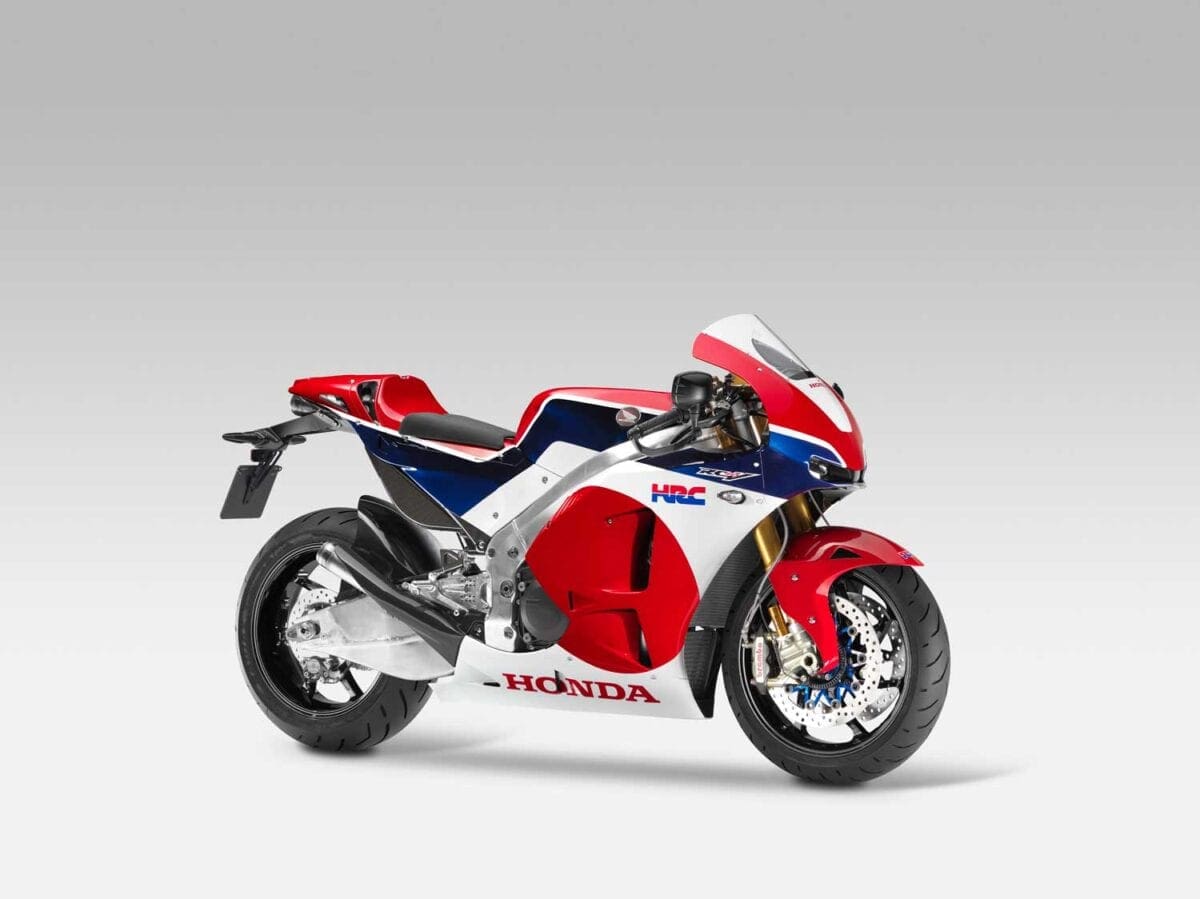 MoreBikes: So just to clarify, can we say ‘when’ rather than ‘if’?

MoreBikes: Can you give a ball-park price?

MoreBikes: There was a story that one of the reasons the RCV has taken so long is that Honda couldn’t agree whether to make it super-exclusive – over £100,000 – or merely exclusive, at around half that price.

“We never discussed what price it was going to be, we only ever discussed what it was. And we’ve gone up and down on the spec – we’ve changed some parts of the spec, but then we felt it had to be worthy of the RCV name. But the priority has always been to make something really, really special. The price was never the priority. Because if you’re going to go on price, it’s a completely different animal. If you look at a lot of the stuff on the bike – stuff that wasn’t talked about today; the chassis, the footrests, the cycle parts, the fuel tank, the throttle bodies, the crankcases, the forks, the swingarm… they’re exactly the same as Marc and Dani’s. Exactly. So now you’re starting to get the picture of how special the bike really is. Yes, it hasn’t got the same engine internals because obviously MotoGP components have a shorter life and you couldn’t put them into a street-legal bike. So you would never ride a racebike on the road for very long because it wouldn’t last. So we had to get the balance between the two; between acceptable reliability, longevity, together with the fact it’s still a special bike.” 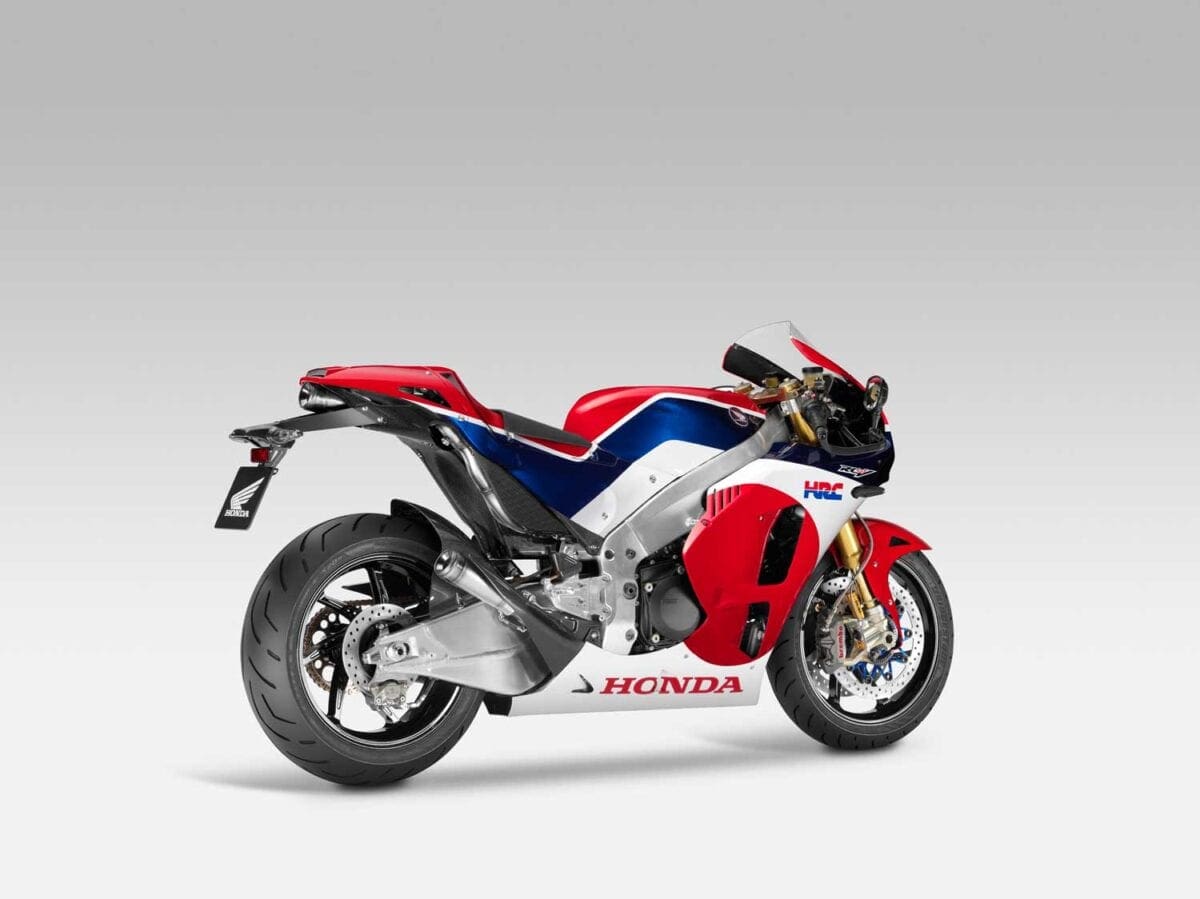 MoreBikes: Is there a timeframe?

“It sounds really strange but because we’re doing it because we’re passionate about it, it’s a different thing. When you’re producing a product where you set the volume and the profitability, the next thing you do is to book production time in the factory. So you effectively work backwards. So if we’re going to build a new FireBlade, we work out where it’s going to be made, then we go to the factory and book production for, say, three years’ time. And that’s what usually drives development. But with the RCV there was no production slot to be booked because they’re all hand-made. The production will be in Kumamoto but because they’re hand-made they’ll make one a day, or something like that. It’s a bit like we used to do with the RS race bikes; if you went into Hamamatsu factory, you’d have this fantastic production line, then round the corner you’d have these two guys building RS125s and RS250s in what looks like someone’s workshop. So that’s what the plan with the RCV would be. So it is an ultra-special, hand-built, one-off… a bit like the NR750; every one could be slightly different.”

MoreBikes: How many will you make?

“Our original plan was to make 213 – because it’s the Honda RC213V-S. But if you think about it – and this is just my view – with something as special as this, there’s got to be 200 people in the world who would buy one. And if you speak to some people they say you could sell twice as many. But the last thing anyone who wants one will ask is ‘How much is it?’ I know dealers who have three or four customers ready to buy one now.

MoreBikes: Finally, regarding the Africa Twin, is it going to happen?

“That’s also on-going, at a prototype stage. People have speculated, but it’s a long-awaited product. We didn’t want to come to Milan and not show anything, because we owe a lot to our customers. We wanted to say something about the fact we are going back into the adventure market… and people can put two and two together! Again, it’s something that’s exciting.” 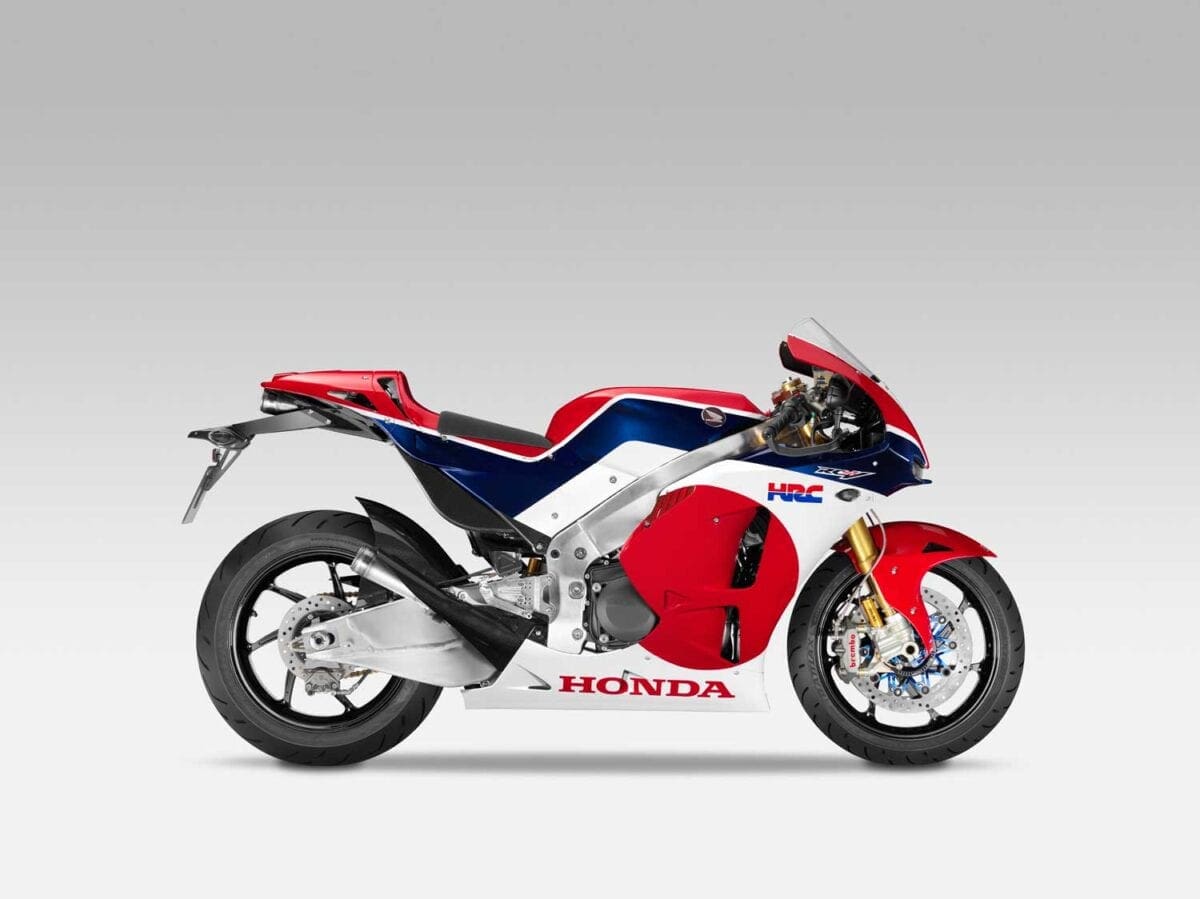