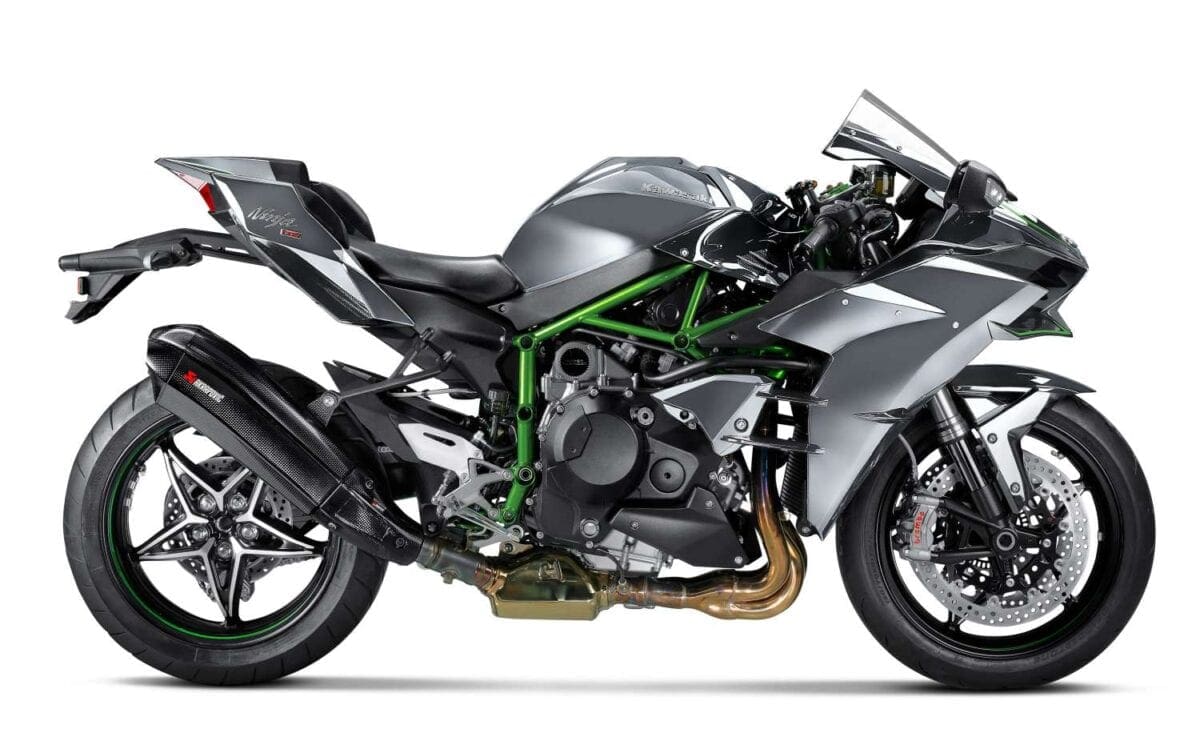 Unveiled at the Intermot motorcycle show in Cologne, the 310 horsepower Ninja H2R track-only machine debut was followed by the Milan EICMA show for its supercharged sibling, the road-going H2 model. Now details have been officially released of the H2R and Kawasaki H2 price and launch specifications.

The Ninja H2R – complete with carbon fibre bodywork and a raft of cutting edge technological and engineering features – will be priced at £41,000. It will come as standard with front and rear paddock stands and a pair of tyre warmers both underlining the closed course only nature of the machine which has been estimated to produce over 325PS with maximum Kawasaki Ram-Air effect. The fully homologated, road-legal Ninja H2 has been in equal demand from eager potential purchasers. The majority of machines allocated to the UK have already been spoken for in advance with formal expressions of interest at Kawasaki dealerships.

Priced at £22,000, each Ninja H2 sold in the UK will be delivered to owners with the very latest Akrapovic curved carbon fibre three dimensional silencer pre-fitted further enhancing the visual impact and appeal of what is one of the most sought after motorcycles for the 2015 season. If you think that’s expensive, read the details of the technology and craftsmanship that goes into the machine here.

“For Kawasaki this is an engineering and technological tour de force. As a series production machine, each Ninja H2 and H2R is under the care of a single technician during the build and inspection process.

That means we are looking at the highest degree of craftsmanship and, inevitably, these motorcycles will be manufactured at a much slower rate than any of the production line created products to emerge from our Akashi factory in Japan.

We expect the first arrivals in March for the road going H2 and further stock of each model to follow closely behind. I am sure that everyone who takes delivery of one of these amazing machines will agree that the tantalising wait was worth it.” 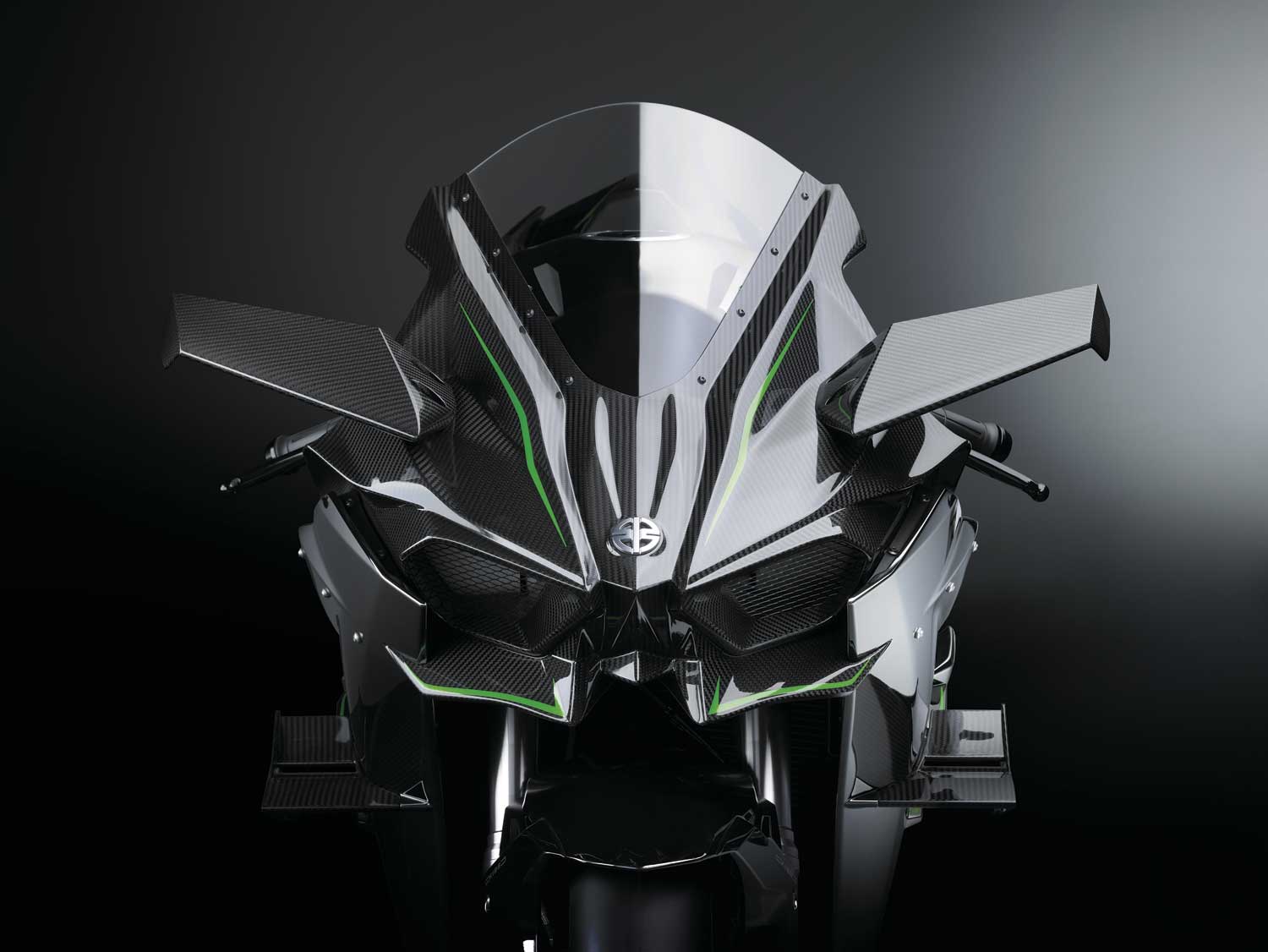