How effective is a motorcycle airbag… would you wear one? 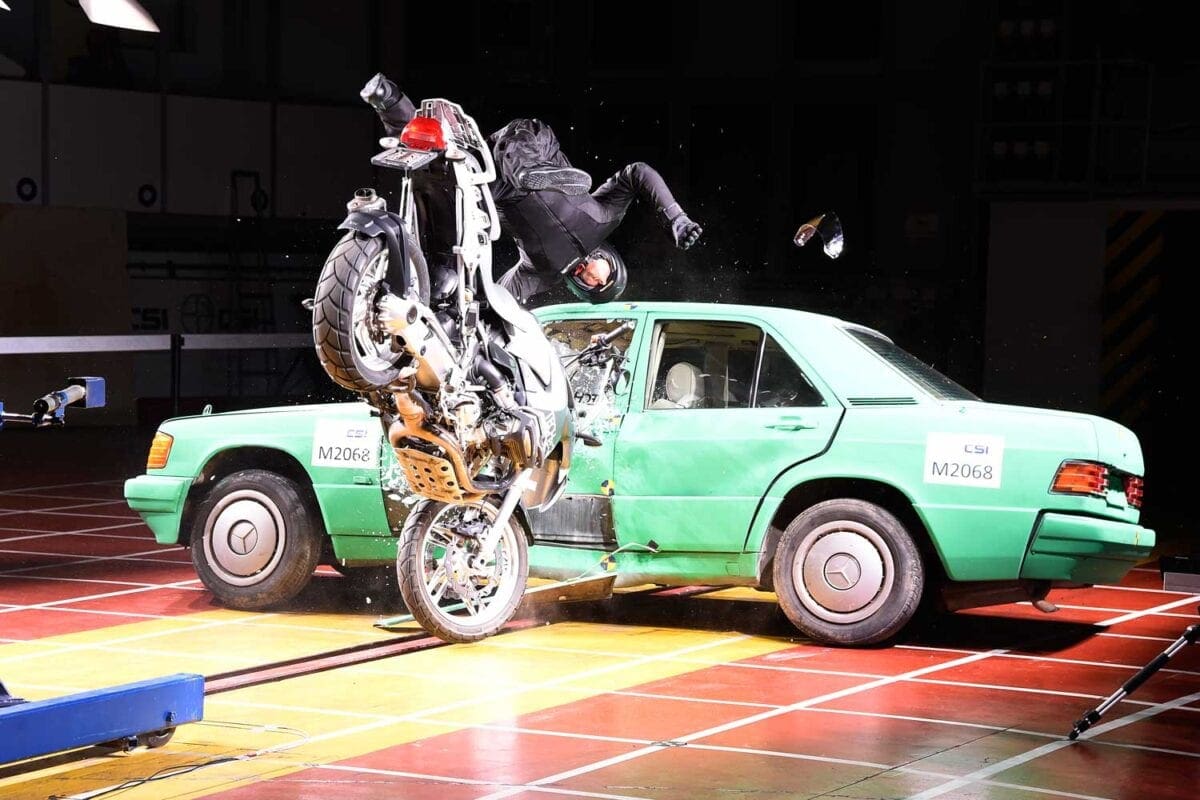 Alpinestars has released footage of a crash-test featuring a dummy wearing one its motorcycle airbags. Piloting a BMW R1200GS, the ‘rider’ hits the car at 30mph.

Incredibly, the airbag inflates before the unfortunate biker makes contact with the Mercedes saloon. The new Tech-Air jacket is the first self-contained airbag system, which doesn’t need attaching – mechanically or electronically – to the bike, meaning it can be worn on any machine without modification. 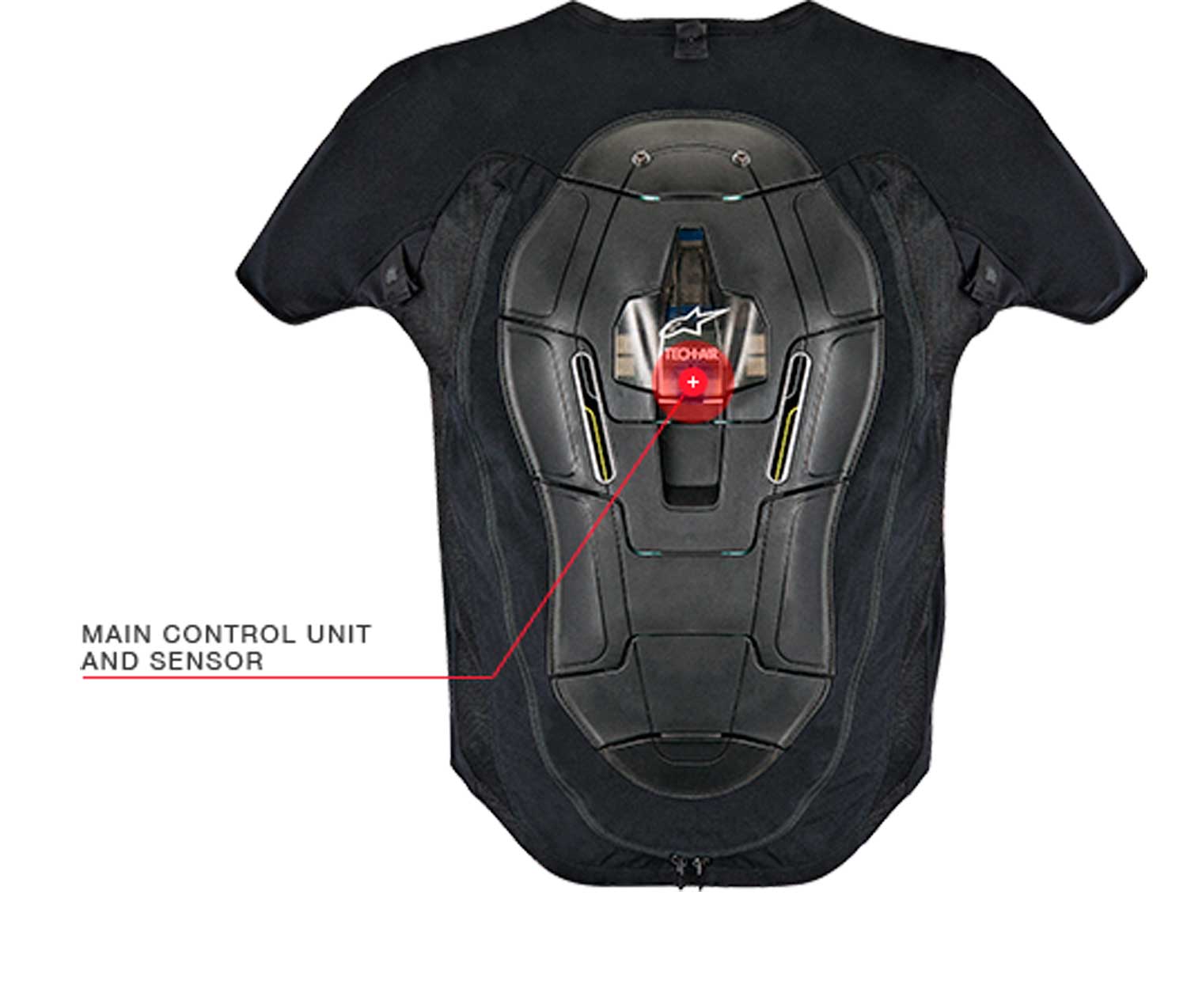 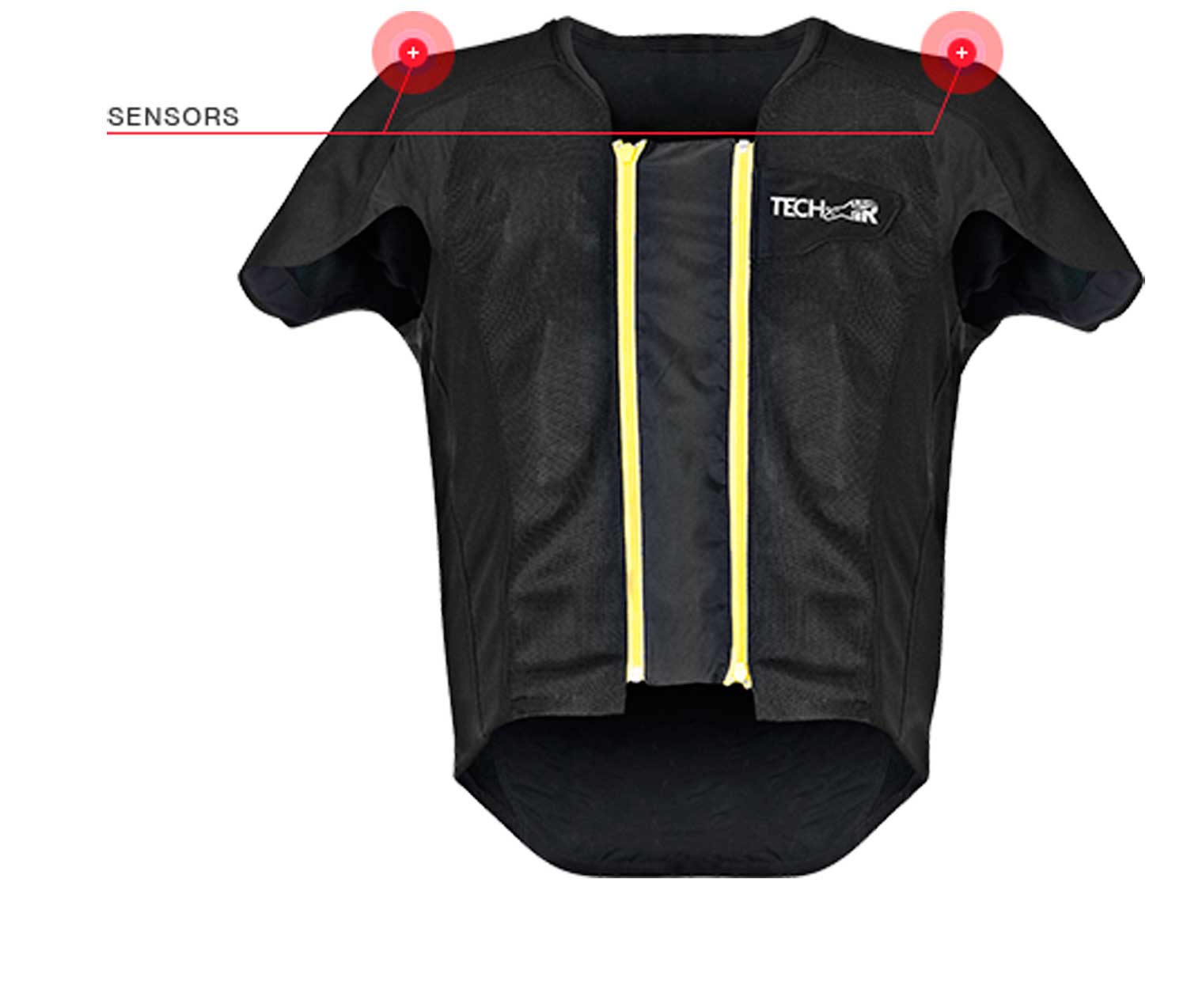 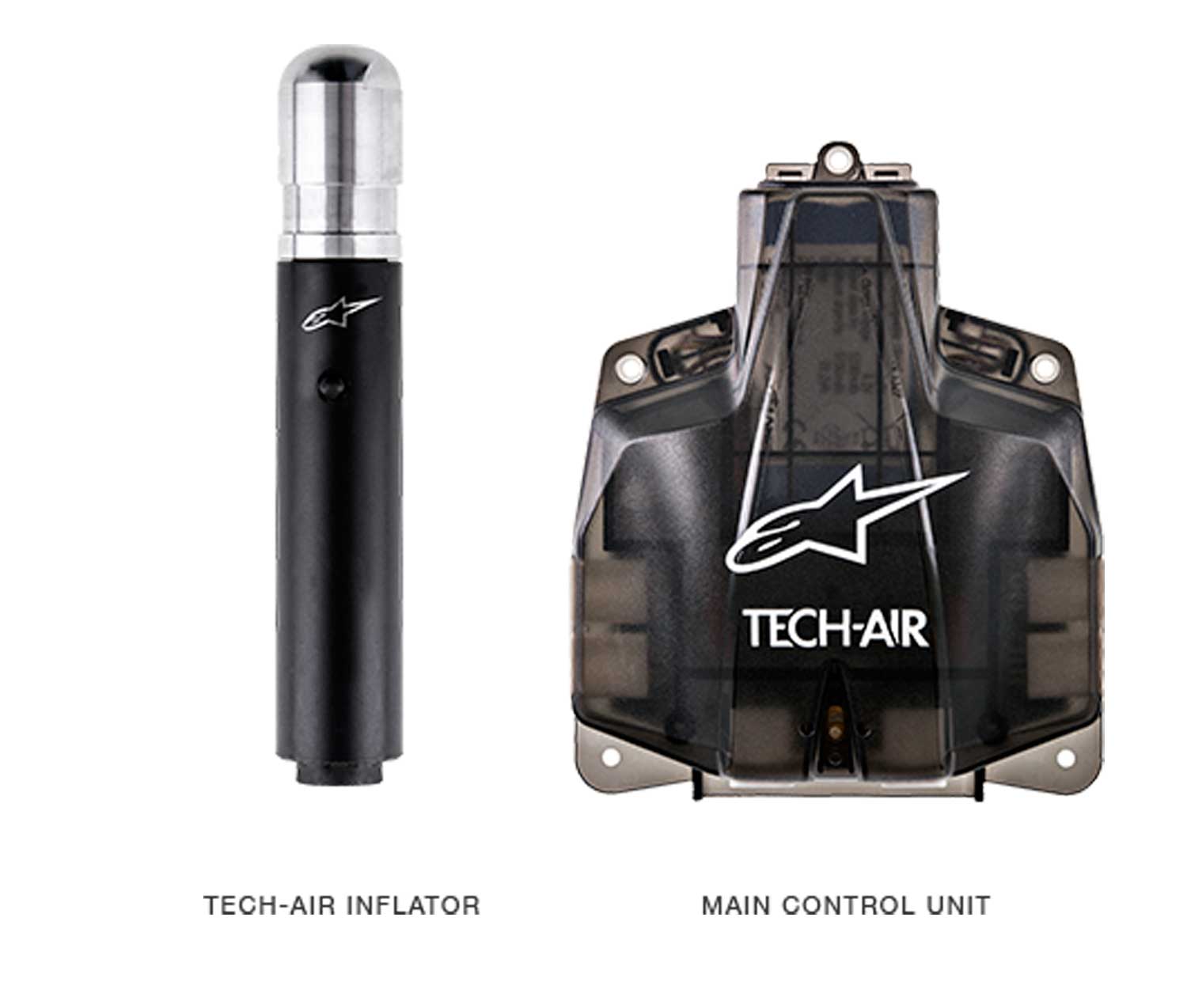 The Tech-Air street airbag is built into a special vest, which is fitted into a compatible jacket. At launch (spring 2015 in the UK), the Valparaiso touring jacket and Viper street jackets will work with the system. Tech-Air is said to typically detect an impact within 30-60 milliseconds, then fully inflate in just 25 milliseconds. 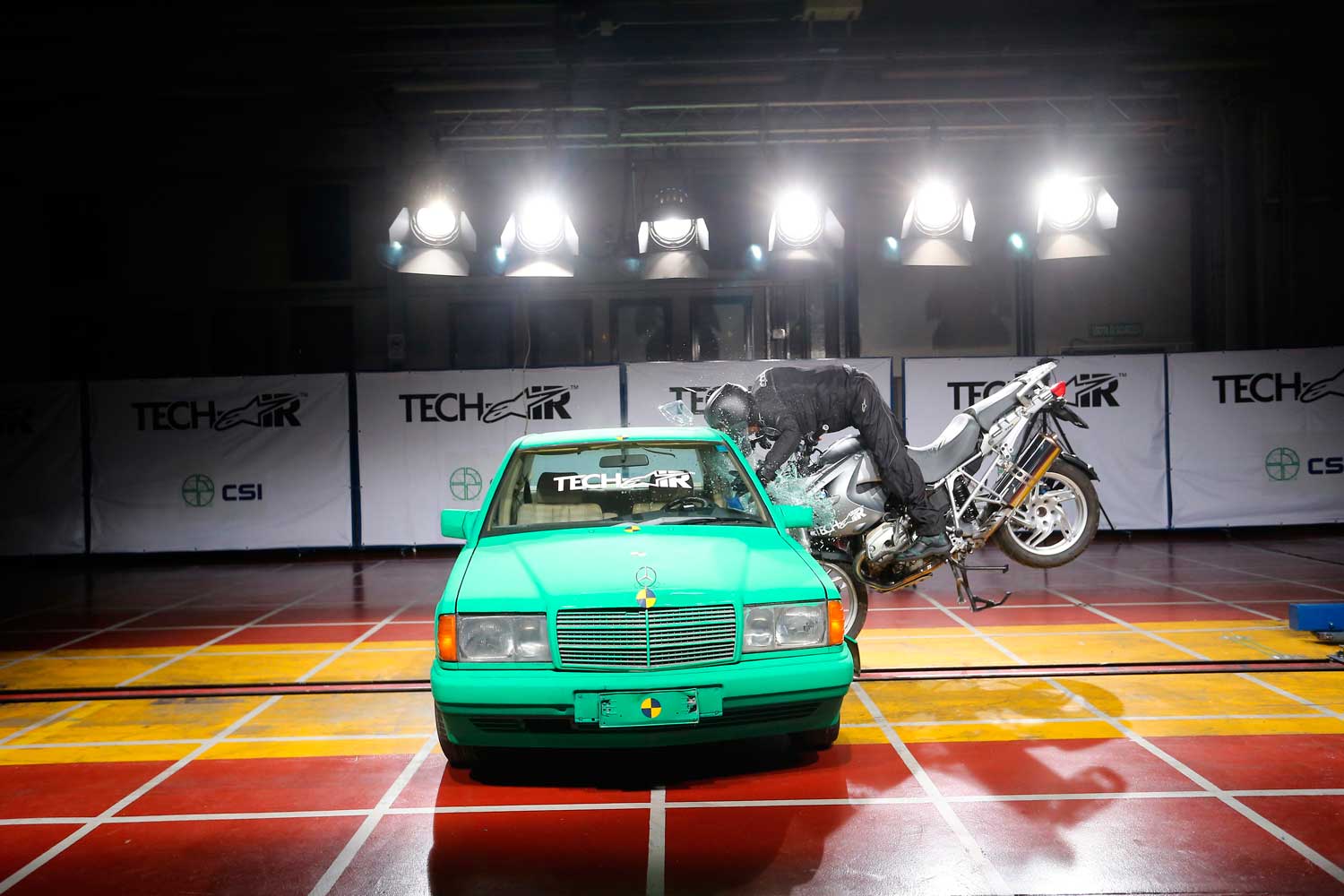 Alpinestars claims the system uses a complex algorithm that’s designed for road riding, and will detect imminent danger with great precision. Apparently, it won’t just sense an impact, but will also deploy during a loss of control, including when riding off-road. It’s based on the experience gained from the low-side crash detection used in  the suits of MotoGP riders Marc Marquez, Jorge Lorenzo and Dani Pedrosa. It’ll even work when stationary, for instance if hit when waiting at traffic lights.

The built-in battery pack is said to last for over 25 hours of continuous use, with a one-hour charge delivering four hours of use. Zipping the jacket up activates the system, which includes an LED status indicator on the left sleeve.

The Tech-Air offers coverage of the back, shoulders, kidneys and chest. Other manufacturers use a mechanical link to the bike to detect when the rider leaves the machine in a crash, or electronic sensors on the motorcycle to tell the airbag when an accident is occurring. Some other systems also offer inflation around the neck, to help brace the head as the rider is thrown from the bike. 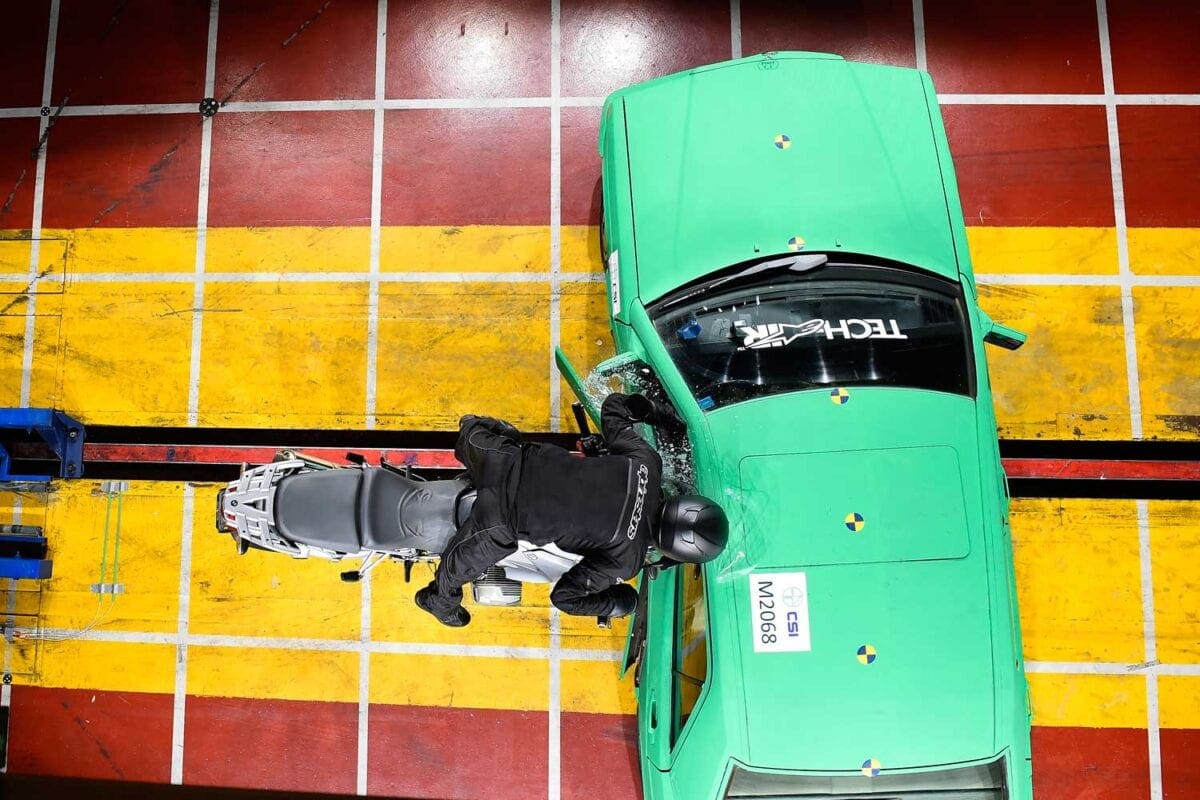 During the video, it’s clear that the system deploys incredibly quickly. The rider would have received a broken wrist first (which no airbag is going to save), but what’s frightening about the impact is the force with which the biker’s head is pushed backwards as he strikes the roof of the car. No protective equipment can prevent every crash, and it’s great news to see more manufacturers developing this successful race technology, that’s also been proven in the equestrian market. It’d be easy to criticise this video for the apparent neck and spinal damage the rider receives, but as a proof that it deploys quickly, is automatically armed, and could help prevent injury were the rider thrown clear, or involved in a different collision, it’s an excellent demonstration.

Do you use an airbag jacket? If so, please tell us about it in the Facebook comments panel below. Alternatively, are you considering using one, or is it simply not for you? Share your thoughts below…