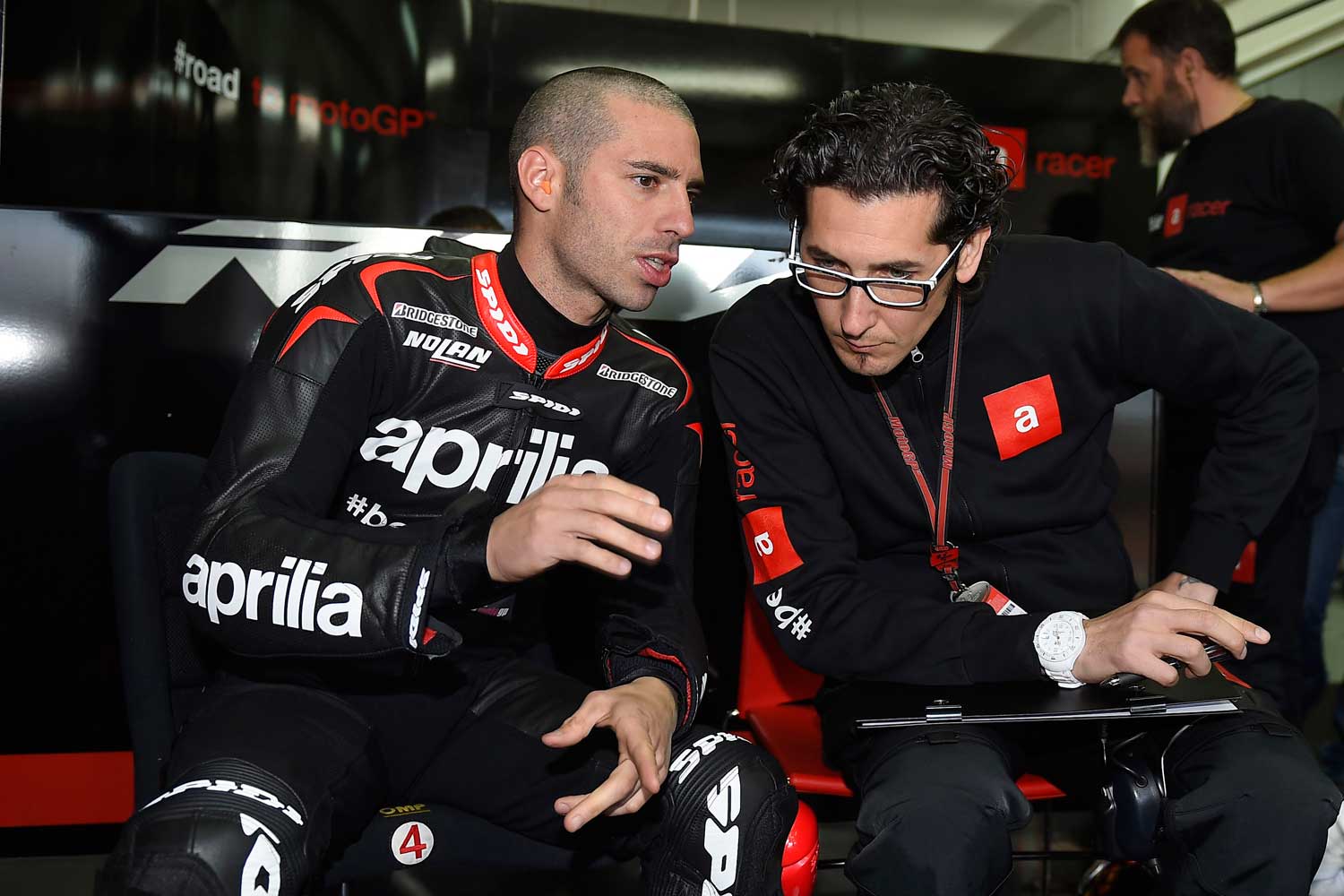 The lineup is complete for the team that will take Aprilia into its rookie year in the 2015 MotoGP World Championship. After the announcement about Alvaro Bautista, Marco Melandri has officially been signed, fresh from the conclusion of the 2014 Superbike season, also with Aprilia Racing, where he took 6 wins and another 5 podiums that contributed significantly to the WSBK Manufacturer Title that the Italian Brand won.

With these two new world titles earned in the recently ended WSBK season under its belt – Rider and Manufacturer – Aprilia now enters MotoGP a year ahead of the earlier announced schedule. As announced at the beginning of September, Aprilia Racing has signed an agreement with Gresini Racing, based on which Gresini Racing will mange the Aprilia bikes on the track in the MotoGP class for four years beginning with the 2015 season.

Born in 1982, Marco Melandri began his career at a very young age in minimoto, winning the Italian Championship in 1992 and 1994. Moving to 125 he became Italian Champion for the category in 1997, a title which allowed him to début in the “eighth litre” MotoGP class. Third in 1998 and second in 1999, Marco moved up a category to ride a powerful 250 two-stroke with Aprilia. This was the beginning of a Melandri-Aprilia match up where he finished fifth in the rider standings in 2000, third in 2001 and World Champion (with 9 wins and 2 podiums out of 16 races) in 2002.

Rising to the premier MotoGP category, Melandri immediately confirmed his competitiveness, finishing out the year in second place. In the various MotoGP categories Melandri has won 22 races and been on the podium 62 times.

In 2011 Marco Melandri moved over to World Superbike and was immediately a key player, so much that he was battling for the title from his rookie season, finishing the year in second place. Finishing third in the 2012 season, the rider from Ravenna was also a contender for the title in 2013, finishing out the season in fourth place. In SBK he has taken 19 wins and 31 podiums.

In its brief history, Aprilia boasts 54 World Titles (38 in MotoGP, 7 in Superbike and 9 in off-road disciplines) which make it one of the most victorious brands on a global level in motorcycle racing. Many recent protagonists in the motorcycle racing world have raced and won with Aprilia such as Biaggi, Capirossi, Rossi, Melandri, Simoncelli, Stoner and Lorenzo. 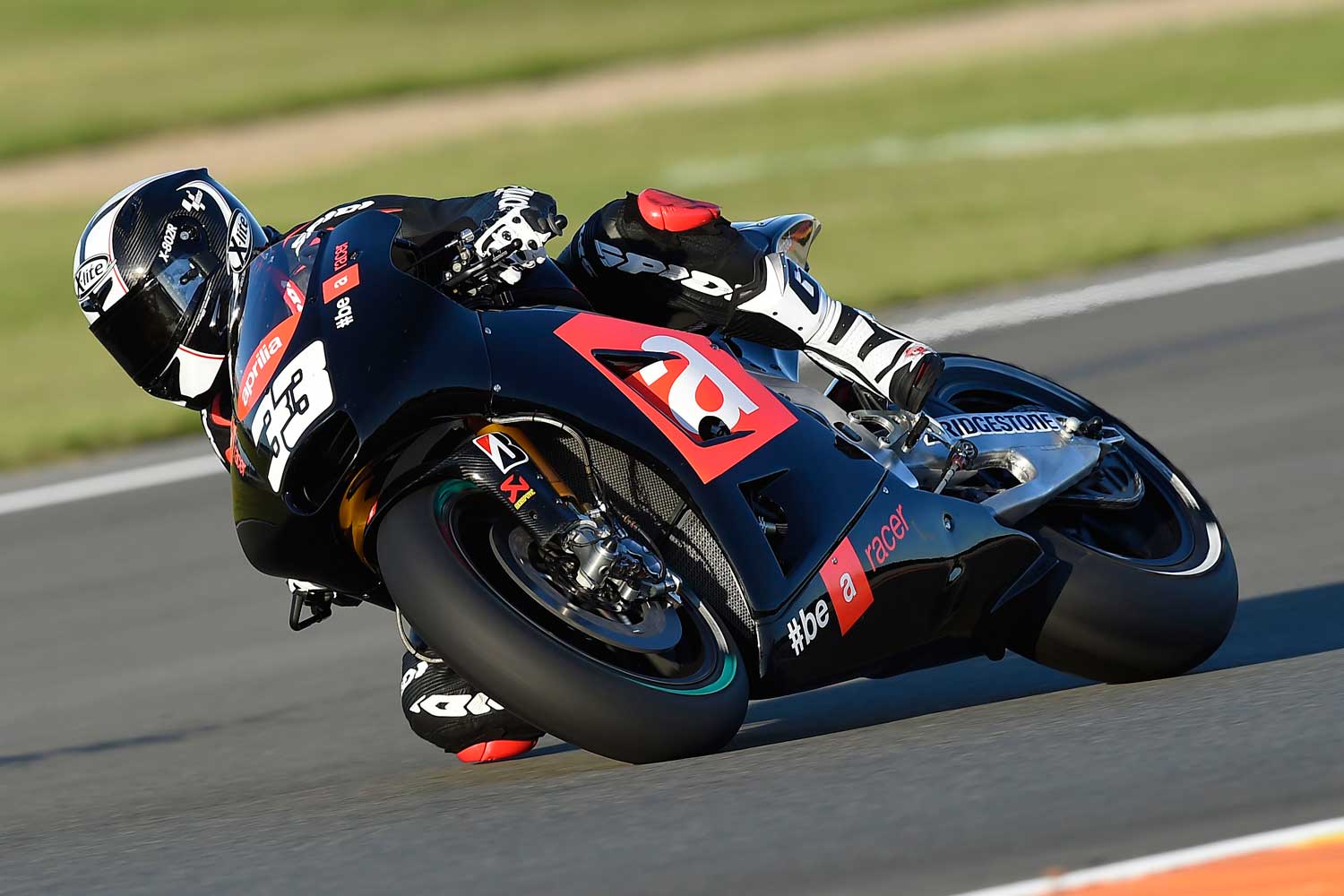 Romano Albesiano, Aprilia Racing Director: “With Marco Melandri the last piece of the puzzle has been put into place for Aprilia’s participation in next year’s MotoGP season. These have been very intense and exciting days where in just a few hours we went from the last round of Superbike at Losail to this new adventure in MotoGP. We are very pleased to announce Marco’s signing because this completes our team in the best way possible on the eve of a great challenge: with Melandri we now have an all-Italian bike-rider duo. We are moving into MotoGP a year ahead of schedule on wings of enthusiasm because of the double world Superbike championships we have just won. We moved our schedule up because we want the most demanding tracks and the most competitive championship in the world to gauge the quality of our work. Aprilia’s 54 world titles, the hundreds of wins on tracks all over the world give proof of technical skills and a winning attitude that deserve the limelight of the most prestigious stage.”

Marco Melandri: “I was offered the chance to develop a completely new project and it is something that I have not yet done in my career since I have always had ‘inherited’ bikes. Precisely for this reason I am very intrigued by this challenge. I am working with a company and a racing department which sought me out and with which I want to continue to work in order to develop and grow a great project. Aprilia Racing has always demonstrated their ability to make great bikes and make them fast. I’ll put in my efforts. Our goal is quite ambitious: to grow a bike and at the same time to develop a new prototype that will race in 2016. It will be a demanding season and a lot of work but we are ready to take on these challenges.”