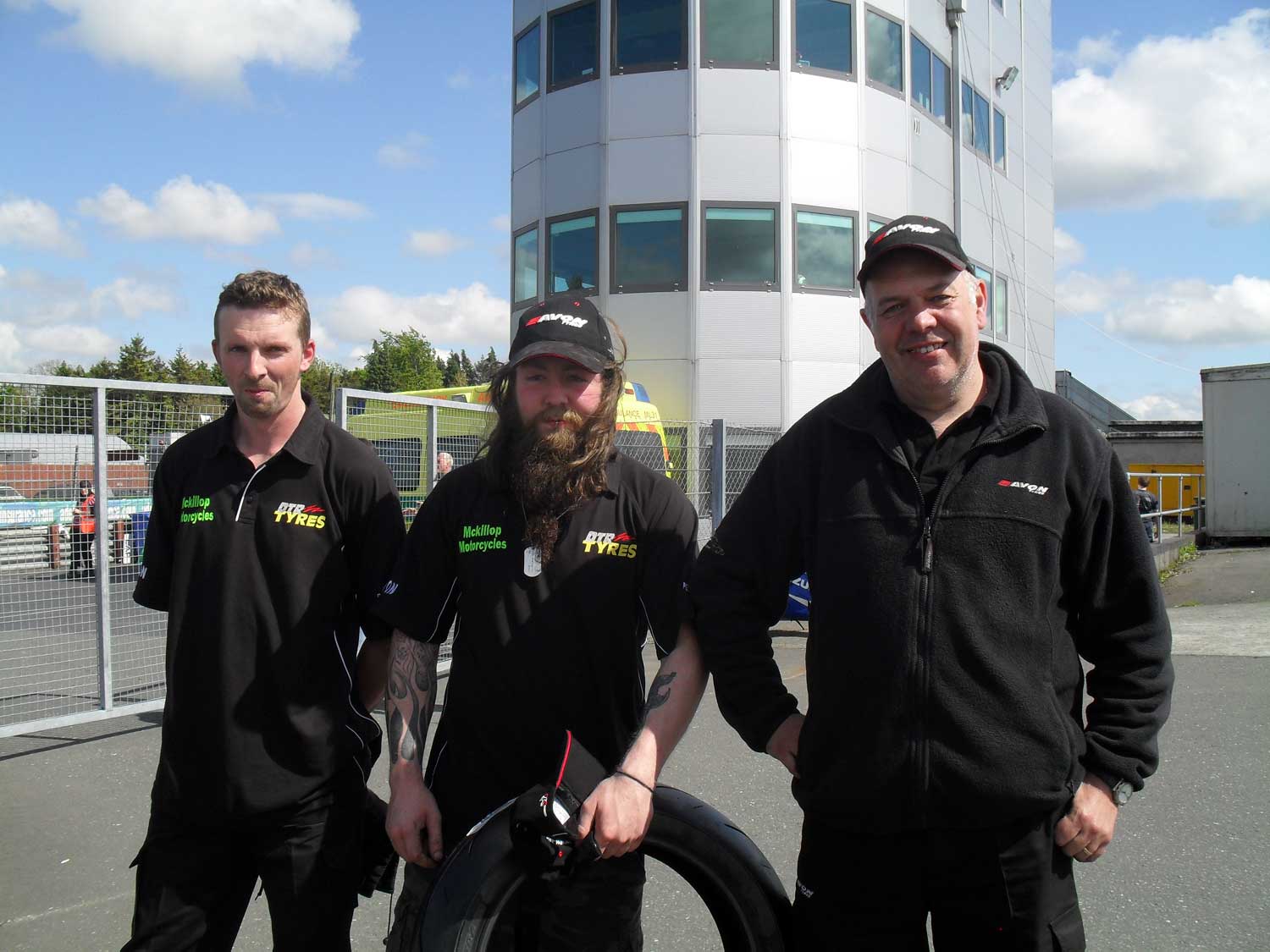 Ivan McKillop is one of the real characters of the Irish road racing scene. His dealership, McKillop Motorcycles is based near Ballymoney, right up in the north of County Antrim, in the heart of Ireland’s road race territory. He’s ten minutes from the Armoy road race, 15 minutes from the North West 200, and 45 minutes from the Ulster GP, and his shop has been supporting road racing for the past twenty years. His shop’s also just within sight of the Bushmills distillery: “You can get drunk off the fumes in my back yard!”

Ivan’s been working hard with Avon Tyres on its road racing programme throughout 2014. We grabbed him for five minutes, to get his ‘coal-face’ view on Avon’s work in Ireland this year…

“Probably the highlight of Avon’s year here for me, to be honest, was seeing privateer Ian Morrell winning in the 400 Supersport class at the Ulster Grand Prix on Avons. At the end of the day, it’s the fastest road race in the world, and Ian also had a few other good results. He won at Armoy on them, and was runner-up at Walderstown, and won by a country mile at Killyleagh.

“Avon’s put a lot of effort in to its tyres this year, and the tyres have definitely taken a step forward. They’ve put a lot of work into the 160-section rear Supersport Ultra, which is used in the 400 Supersport and the Supertwin classes. For the past few years, they didn’t really have a good tyre in that size, so I’ve kept the pressure on, and been yapping in their ear asking for something new. And so they got the finger out, and we’ve got something that’s spot-on!” 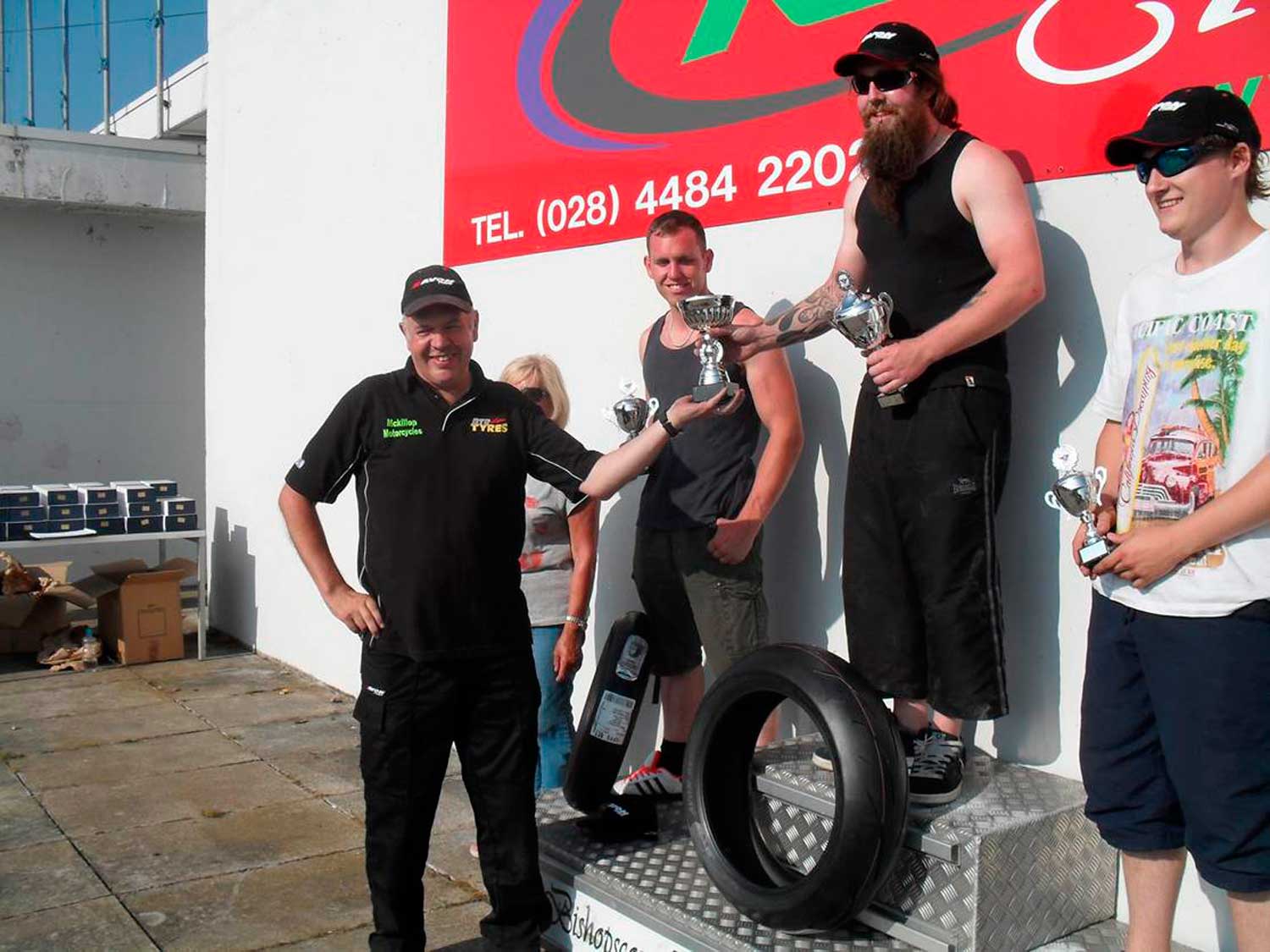 Avon’s race department has been using the softer track-biased compound from the firm’s Supersport Extreme race tyres, together with the carcass of the Supersports Ultra, which is a more road-biased tyre. And the result has been a massive improvement in wet weather performance on the roads says Ivan.

“They are good in the damper, cooler conditions which we have more of here. This is the problem with some competitor tyres: they’re great tyres, but they just do not suit the weather conditions in this country. They’re great when the track temperatures is there, but if there’s a short shower even, they go off straight away, where the Avon tends to keep its heat, and therefore works better.

“At the end of the day, the Avon has come on leaps and bounds, because it’s been more or less customised for our conditions. The job now is to get that message out to our customers! Our customers love the association with the racing.”

The racing paddocks have gone quiet now for the winter. But Avon’s race department is now hard at work on its assault on the 2015 road racing season, with big plans for the Isle of Man TT, Ulster GP, North West 200 and the Classic TT. 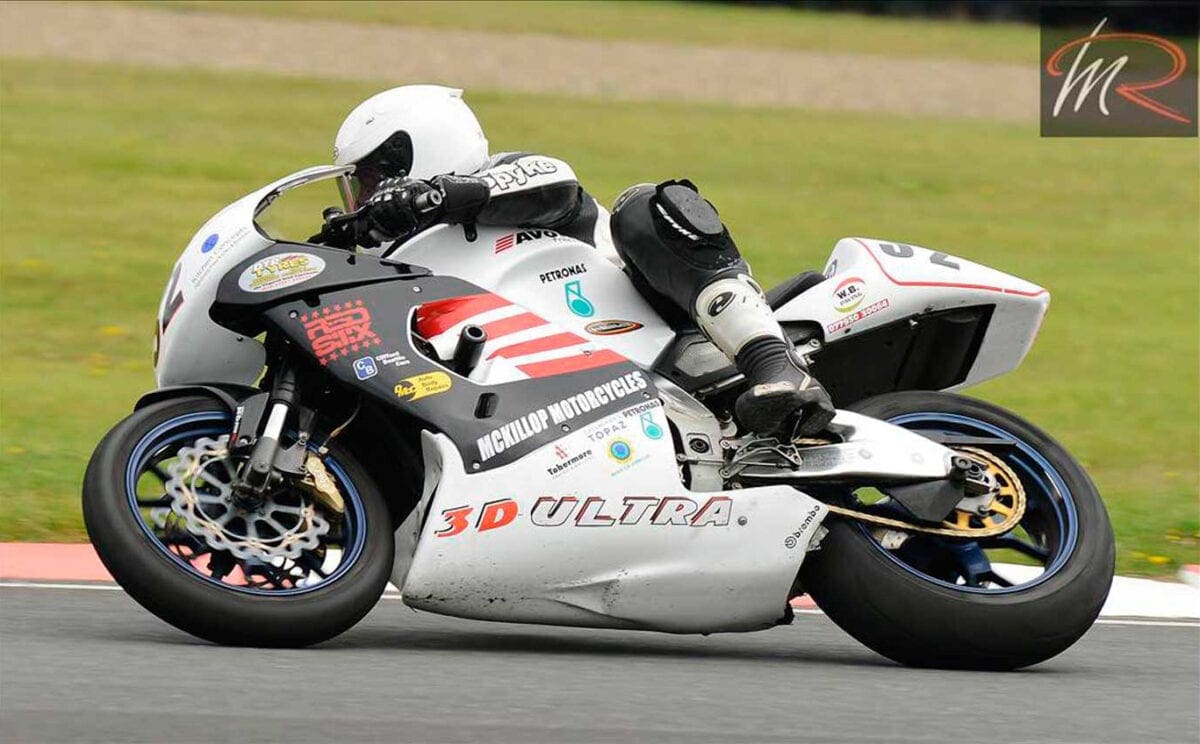