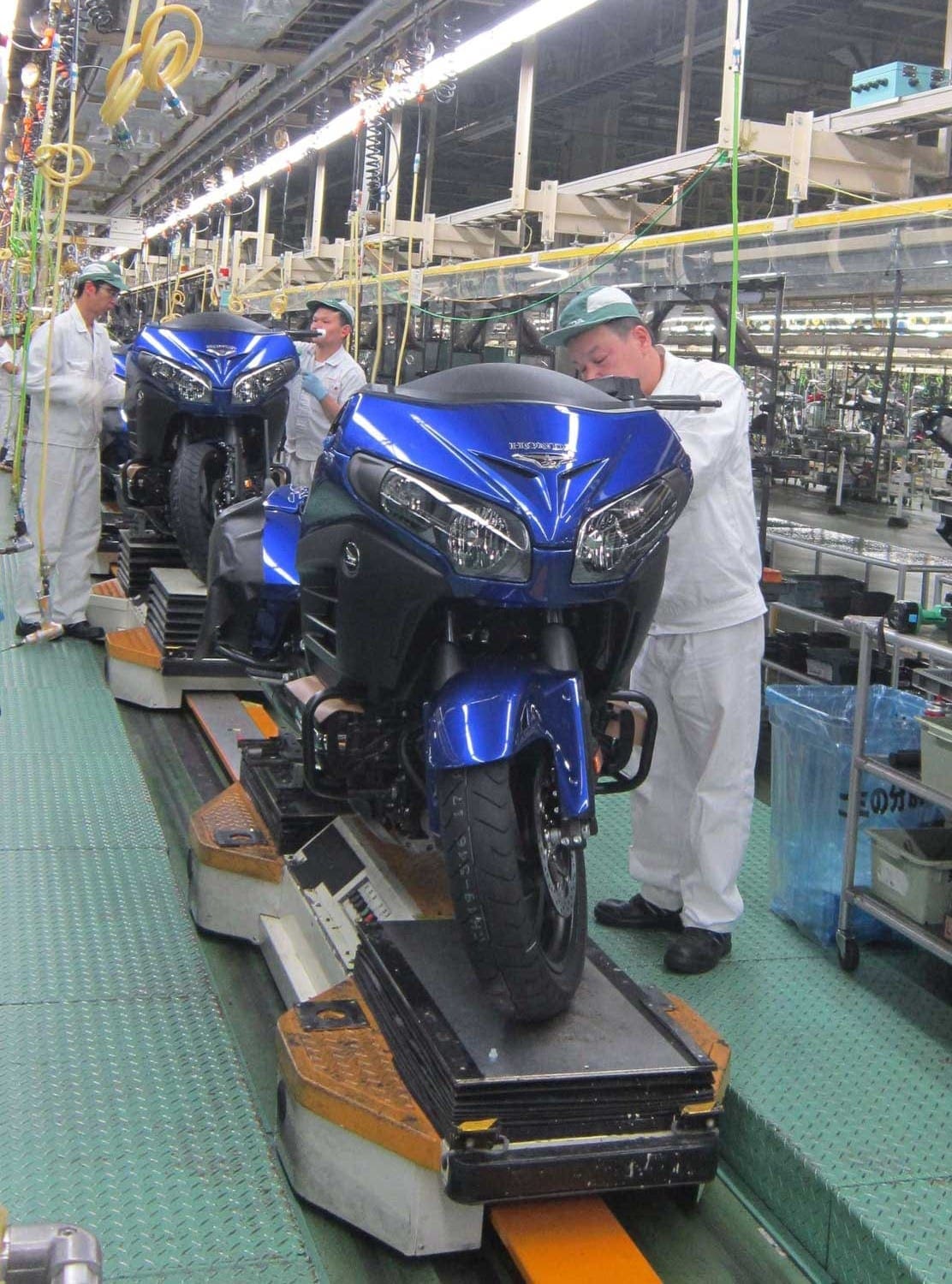 We’ve got our calculators out at MoreBikes.co.uk HQ and have worked out that they’ve produced enough motorcycles to go around the equator 10.5 times – that’s assuming an average wheelbase of 1400mm, of course… We didn’t stop there. At an average mass of 150kg – assuming that there are a lot of C50s in the mix – that’s a combined weight of 45 million metric tonnes worth of raw materials used to make them all. 600 million tyres have been used and 100 million gallons of oil – using an average of 1.5 litres per bike – to fill them up for their PDI’s… phew!

The 300 million-unit milestone was reached in the 66th year since Honda began motorcycle production in 1949 with the Dream Type-D.

The history of Honda’s motorcycle business began with the start of mass-production in Japan in 1949. Production outside of Japan began in Belgium in 1963, and since then Honda has been expanding its local production to many countries around the world based on Honda’s commitment to “build products close to the customer.” With a longstanding passion to create technologies that make people’s lives more convenient and fun, Honda has been developing and offering products that accommodate the diverse needs of customers in a large number of countries and regions around the world.

Takanobu Ito, President and CEO of Honda Motor Co., Ltd. said: “Thanks to support from our customers and all of the people involved in development, production and sales, Honda was able to reach the 300 million-unit milestone. We will continue to provide products that will please our customers in each country and region in the world.” 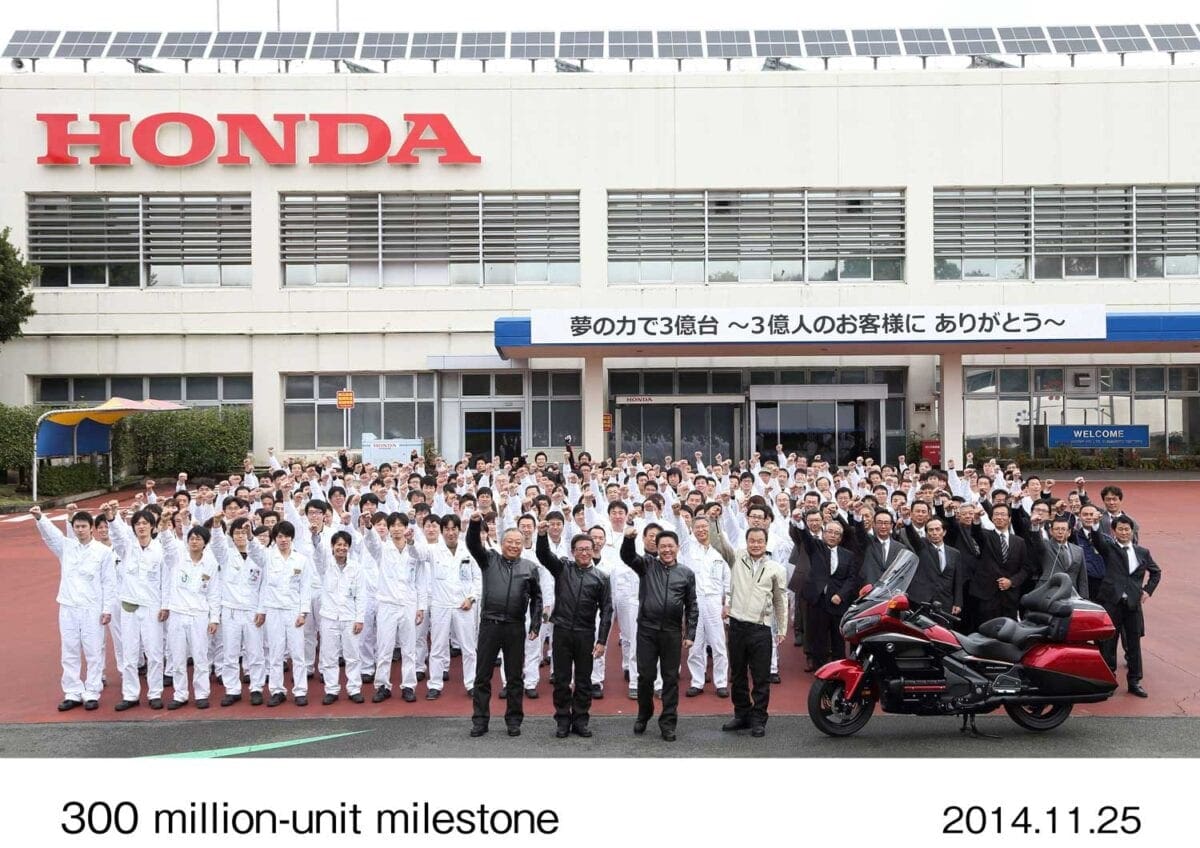 Here are some key facts about Honda: 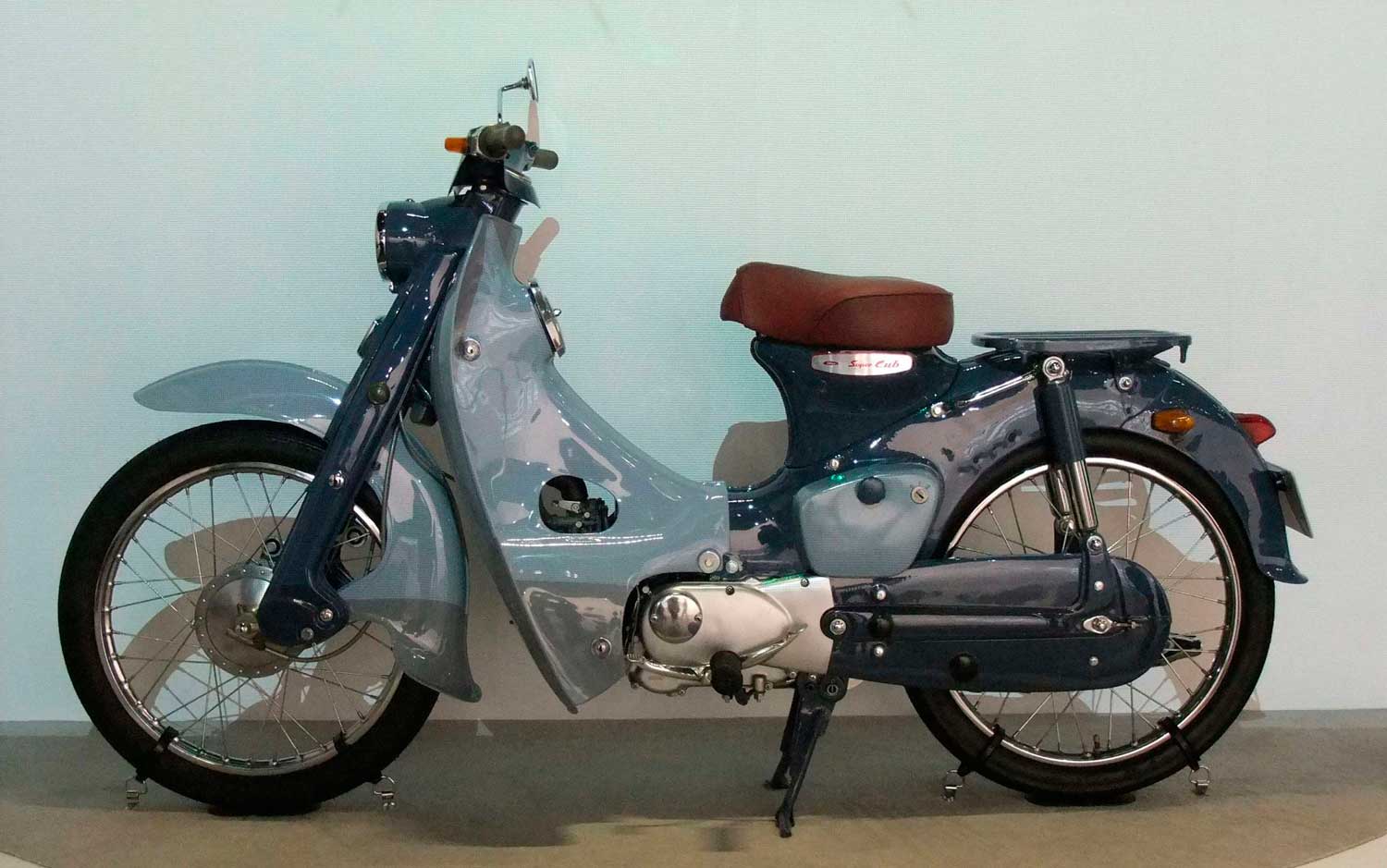 The Super Cub – the most popular motorcycle in the world!

And the Kumamoto Factory: