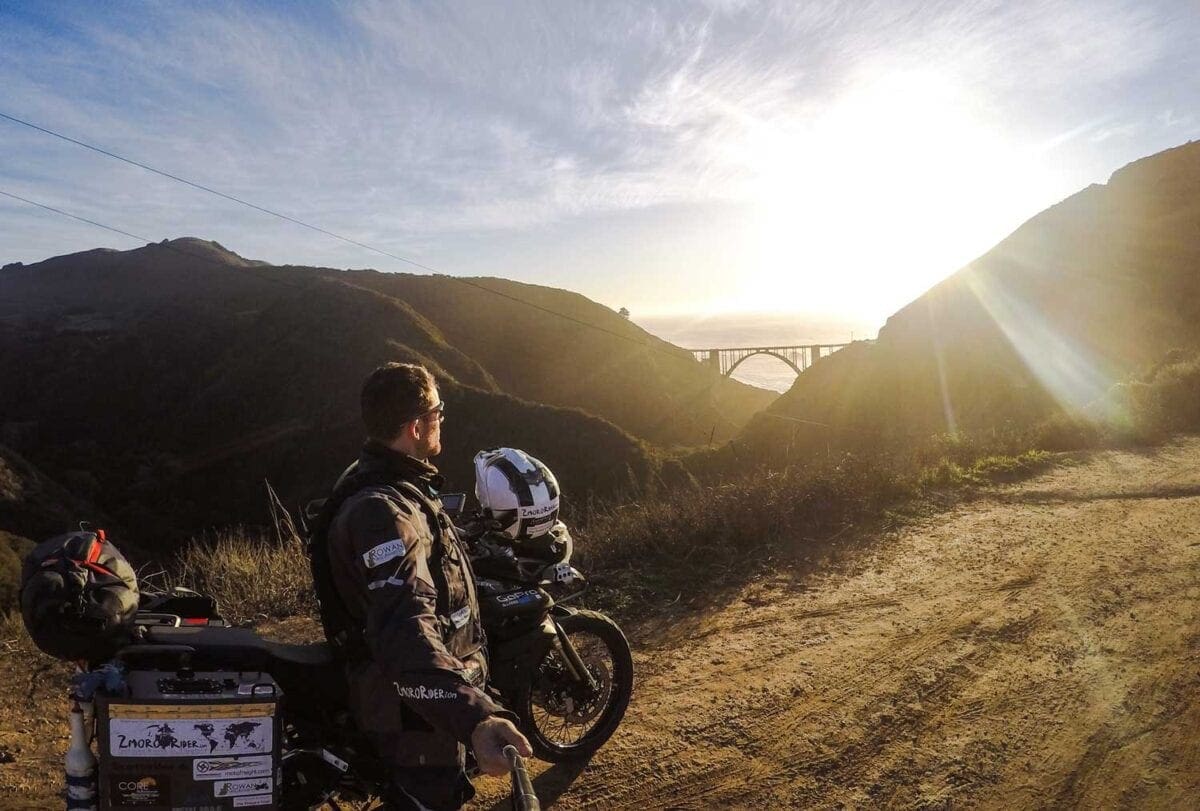 Young British adventure motorcyclist Rhys Lawrey – AKA 2moroRider – has arrived in America, the fourth continent in his record-breaking journey around the world. The 23-year old former bar-tender has travelled 22,000 miles on his Triumph Tiger 800 XC since leaving the Triumph factory in Leicestershire on 2nd May, having ridden through Europe, Asia, Australia and New Zealand. He landed in Los Angeles in mid-November and is now in Las Vegas. 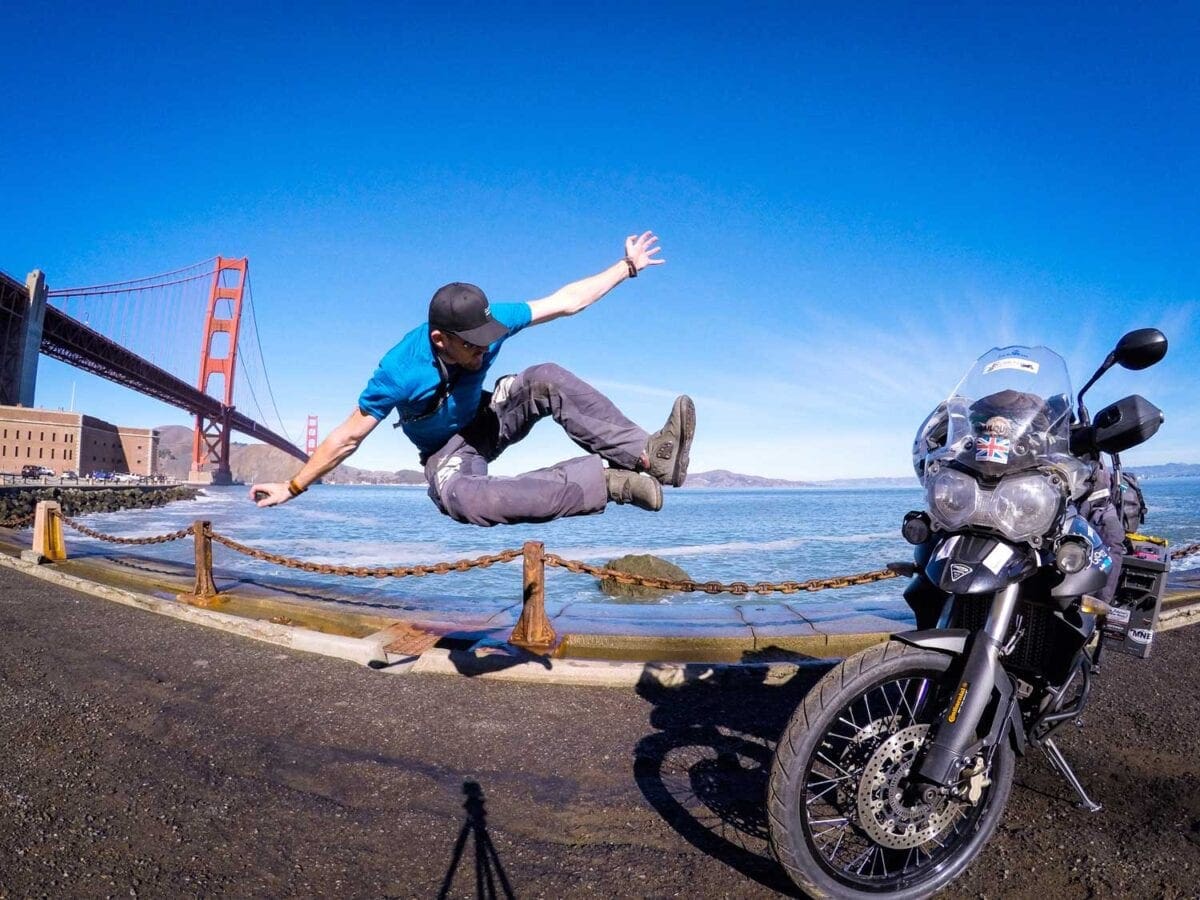 “There was a delay collecting Tigger [my motorcycle] from the docks, but the freighting team did a great job getting her through customs. Being able to unpack her again, it just always feels like Christmas” says Rhys.

“I rode Route 1 from LA to San Francisco and it was amazing. Hugging the coastline, it flows around the high tops with beautiful bend after bend. It’s a biker’s paradise and I followed it until sunset. 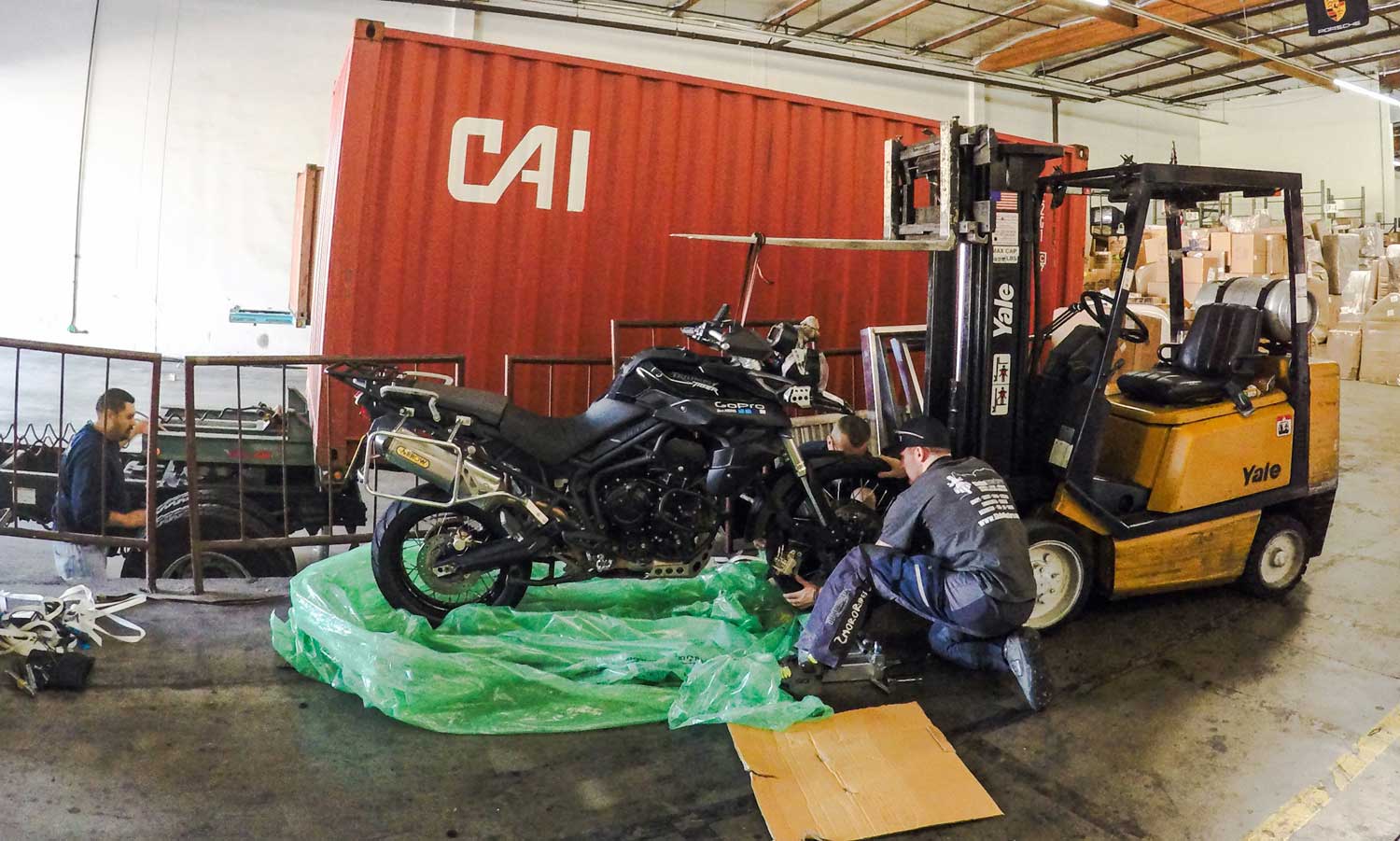 “The USA isn’t as much of a culture shock as I expected, although everything seems big over here. And very fast moving compared to where I’ve just been in New Zealand. It’s not too expensive, but it’s still a western country, with western prices, not to mention the surprising tax, which you sometimes forget to add onto the price of things. And don’t forget to ‘TIP’ – thats a must over here.

From Las Vegas Rhys will head to the Grand Canyon, then south towards Tucson in Arizona and across the border into Mexico. He is raising money for The Prince’s Trust, asking for a donation of just £6- (a pound for every continent he crosses). You can follow his progress, view his video diaries and make a donation at www.2mororider.com. 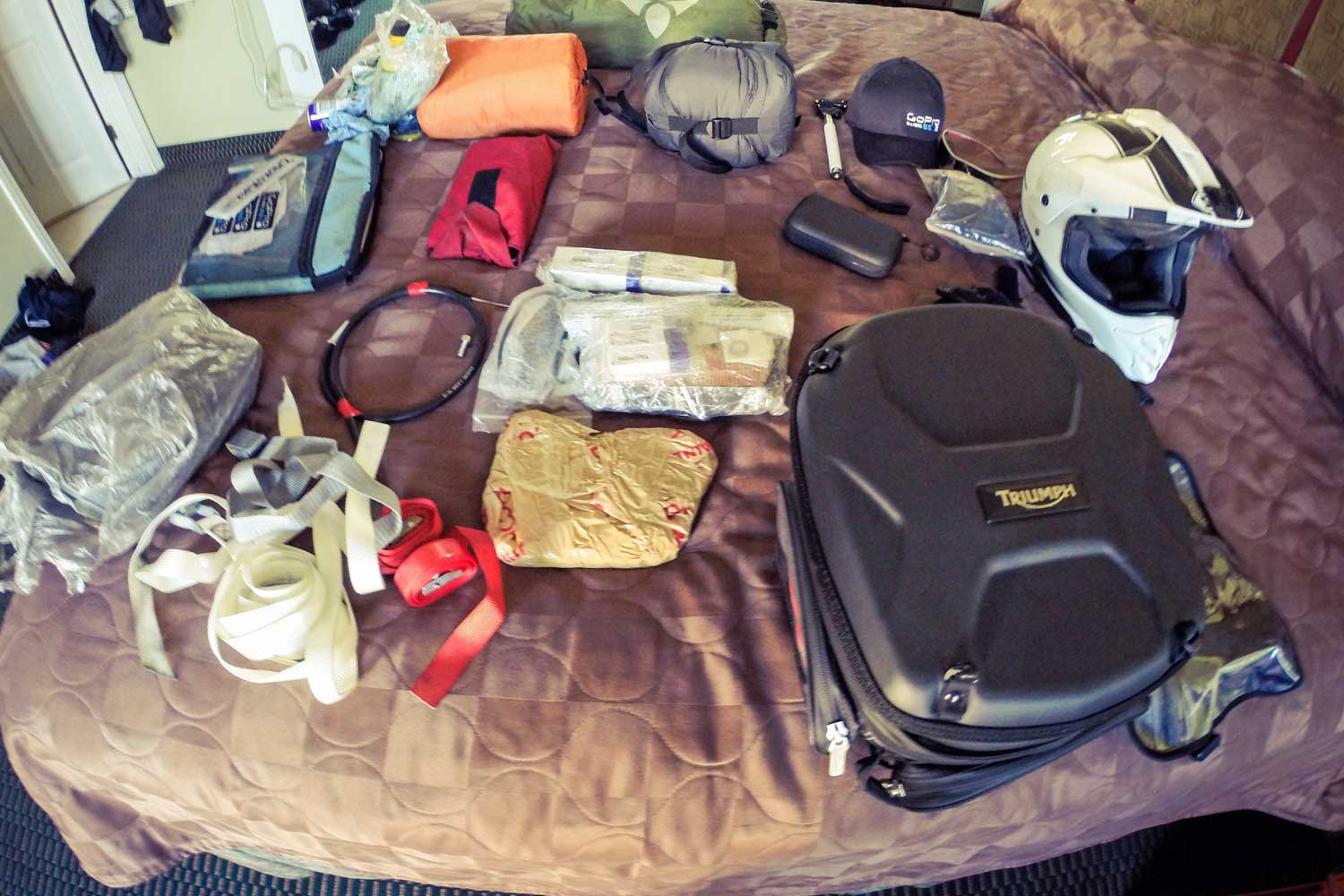