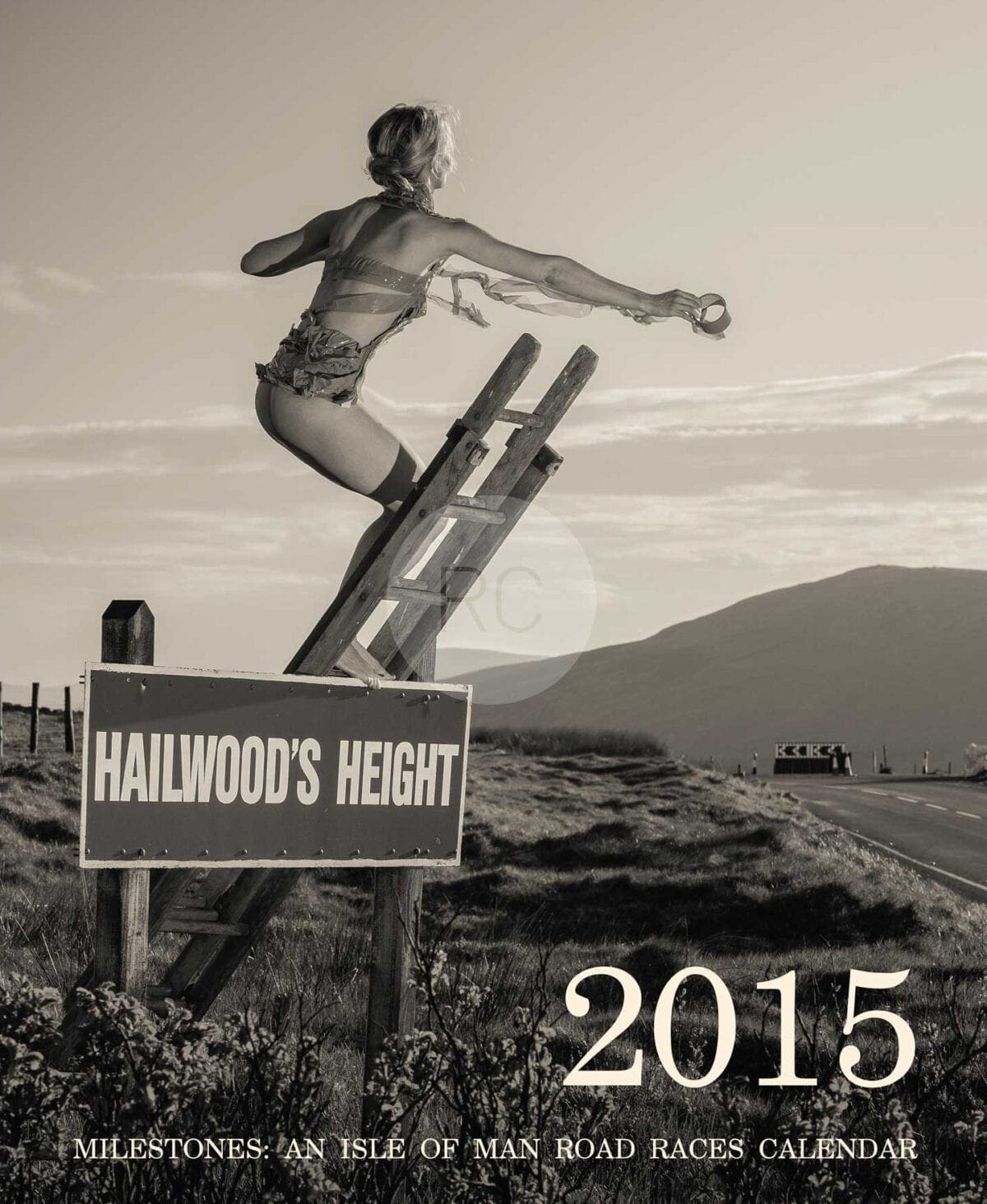 Journalist, artist and motorcycling enthusiast, Rachael Clegg, has stripped bare and braved the cold Isle of Man air to create the 2015 edition of her Isle of Man TT Races calendar, ‘Milestones. We’re not quite sure what to make of this one… what do YOU think?

The calendar features 12 images of a nude Rachael taken around the TT course, each representing an historic racing story from the globally renowned road-racing event.

“Everything in the calendar means something. My father and grandfather were TT racers so that course is so special to me. I wanted to celebrate some of the womderful stories that form the race’s history so, for example, the ‘March’ image shows me in giant comedy glasses taking an eye test at Ballig Bridge. This is because it as here where Harold Daniell had a crash during practice in 1938. Yet in that year’s Junior TT Daniell smashed the 90mph record, in spite of the fact his eyesight was so poor he wore glasses under his goggles and was refused to serve in the army because of his bad vision.” And, despite being the third Milestones calendar to be released since its conception in 2012, the 33-year-old from Rochdale whose dad and granddad were both TT riders, says its creation has still been a ‘character building and very funny’ experience.

Rachael said: “We took new pictures this year, which I am really pleased with. I was in a nasty hit-and-run accident before Christmas and knocked off my push bike so I wasn’t even sure we’d be able to make another calendar. But after lots of training to get my strength back we did it.

“I am so happy with the results and it’s thanks to my team – photographer and good friend Shaz Nicol, that we could pull this off.”

On the back of Milestones Rachael is now creating a calendar for the Nurburgring, among other art directing commissions and has her own range of motorsport-related products available at www.milestonescalendar.com.

Murray Walker likes it: “For any red-blooded male with an interest in some beautifully illustrated quirky facts about the TT Races and the bare facts of the female form it is a must.”