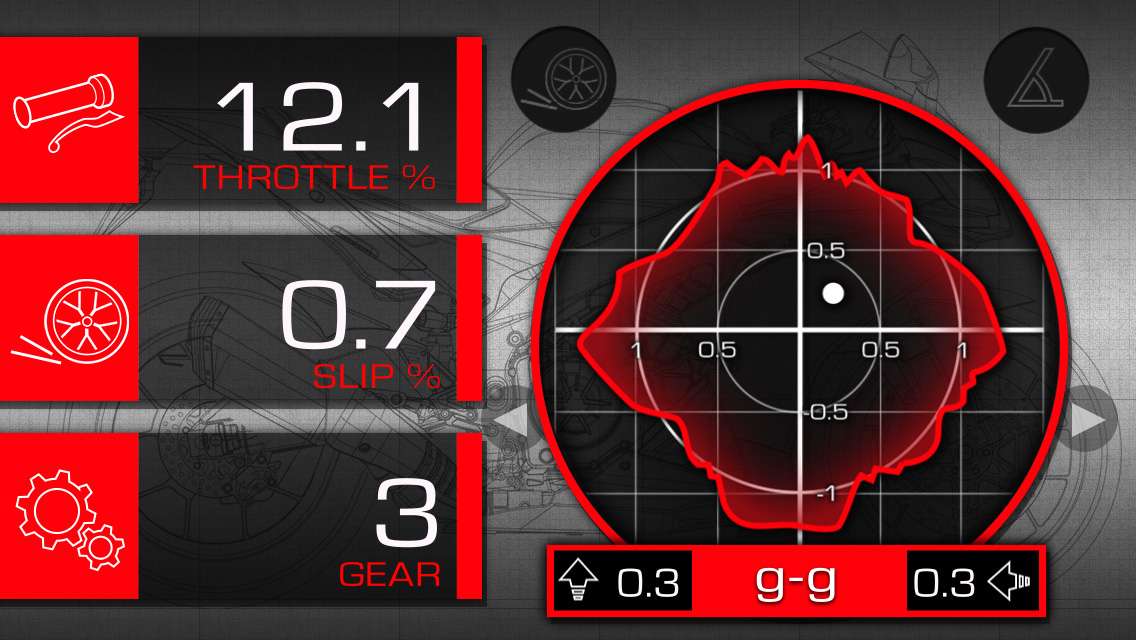 The Piaggio group have developed their Piaggio Multimedia Platform, bringing technology once confined to the racing world to everyday customers. V4-MP (V4 Multimedia Platform) brings to life the communication between your Aprilia and your smartphone allowing you to change the settings of your RSV4 PF and Tuono V4 1100 at the touch of a button. Features include: 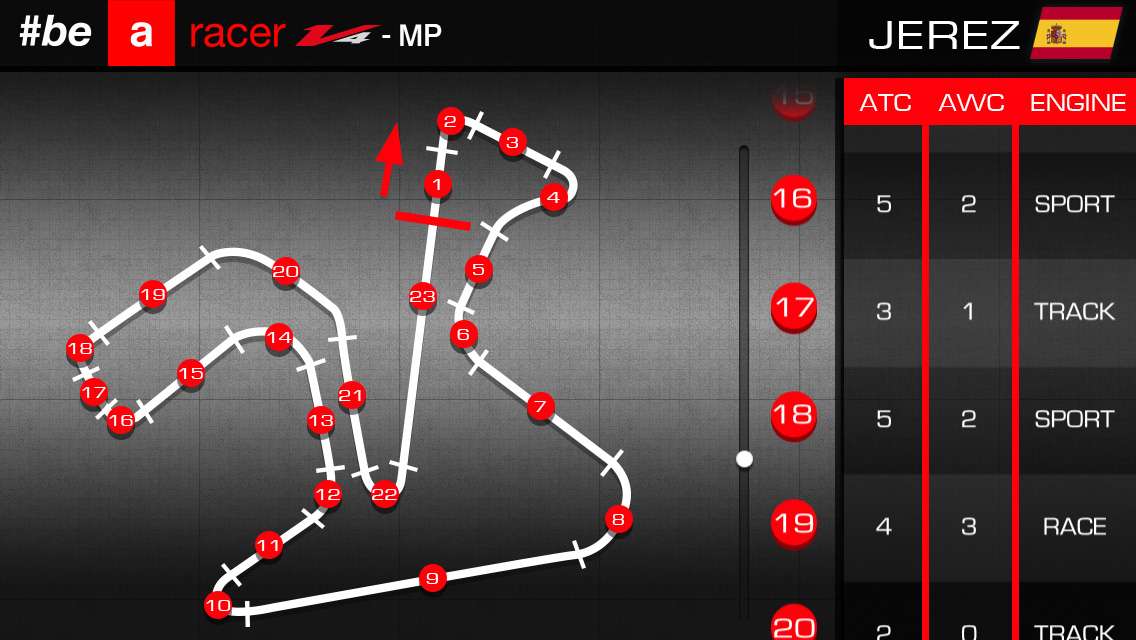 Active electronic setup: Aprilia say this is as close as you can get to the “corner-by-corner” electronic management used in world speed championships. Using the GPS feature of your smartphone, the system recognises the position of the bike at any given time on the track and automatically changes the electronic adjustments (traction control, anti-wheelie, engine mapping, etc.), accessing a database of parameters, a direct recommendation from Aprilia Racing. You can set-up the electronic controls according to your own preferences, improving your safety and effectiveness on the track or the road. 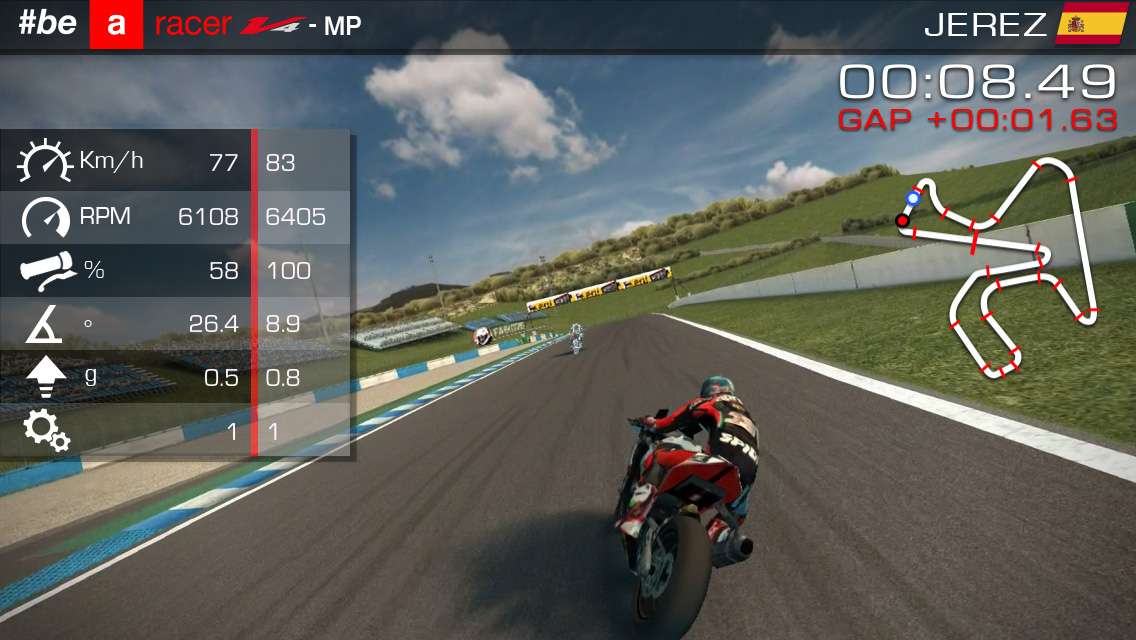 Immersive virtual telemetry: your smartphone records the data from the engine and, thanks to a sophisticated and realistic engine graphic, illustrates rider performance. The lap reference is indicated by the “ghost” bike image and the performance relative to it can be downloaded to a database which collects all the journeys made by Aprilia customers. 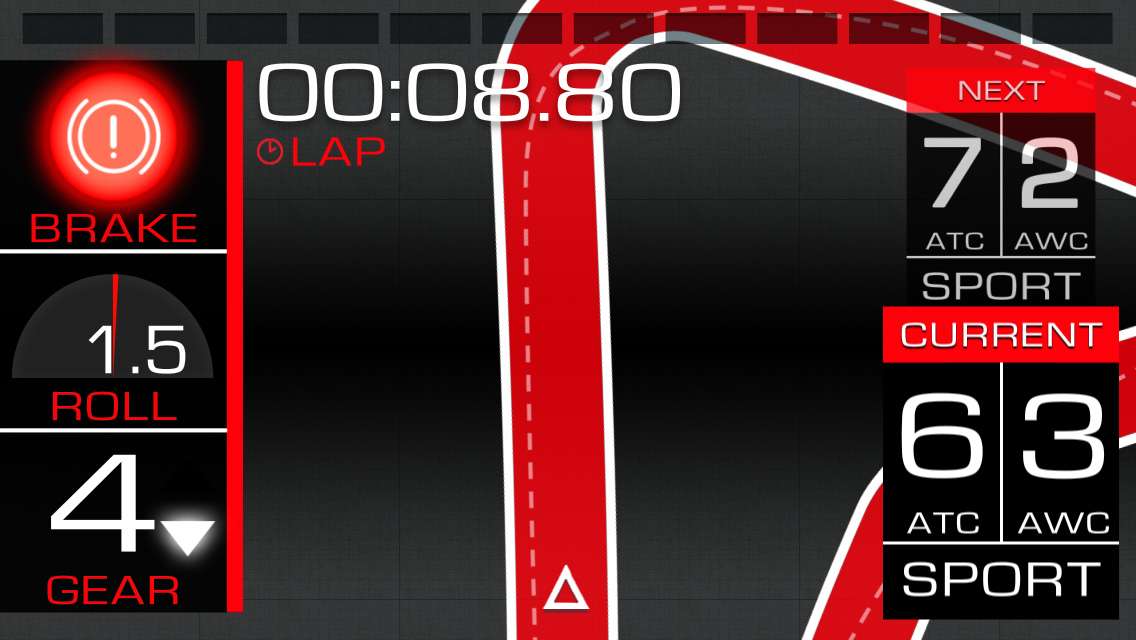 Adaptive race assistant provides tips in real time to safely achieve your best lap on the track with your Aprilia. Thanks to Aprilia Racing Department simulation technology, you can establish the ideal lap for each track, taking into consideration the various grip and rider skill levels. The application compares rider performance in real time and assists by immediately indicating the need to brake or opening of the throttle.

What is the Piaggio Multimedia Platform?

In 2012 the Piaggio Group created a system which allowed the vehicle to be connected to a smartphone (and consequently to the web), thereby transforming it into an additional tool capable of providing an exceptional amount of added information compared to what is already provided by the factory instrumentation.

The link between the vehicle and the Internet is called PMP (Piaggio Multimedia Platform), which is already available for several models in the motorcycle and scooter brand ranges. Piaggio say it ‘is a window to the future which lays the foundation for a new way of looking at communication on two wheels.’

Once the free app has been downloaded, the Bluetooth pairing of the smartphone to the vehicle allows the various options to be viewed and easily modified to the rider’s preference: speedometer, rev counter, but also instantaneous engine power and torque, lean angle, longitudinal acceleration, instant and average fuel consumption, average speed and battery voltage are just some of the features that can be accessed.

Piaggio claim that the system increases rider and passenger safety: the tyre status monitoring feature uses the vehicle and smartphone sensors in synergy to monitor tyre wear and inflation, while the general analysis feature allows the vehicle status to be monitored, indicating the most appropriate action to take in the event of a fault, as well as the nearest authorised service centre, automatically setting navigation to reach it. PMP stores all the travel information and allows it to be studied in depth at a later time on your computer and it also contains the operating and service manual for your vehicle.  Aprilia V4-MP is a development of the PMP programme. 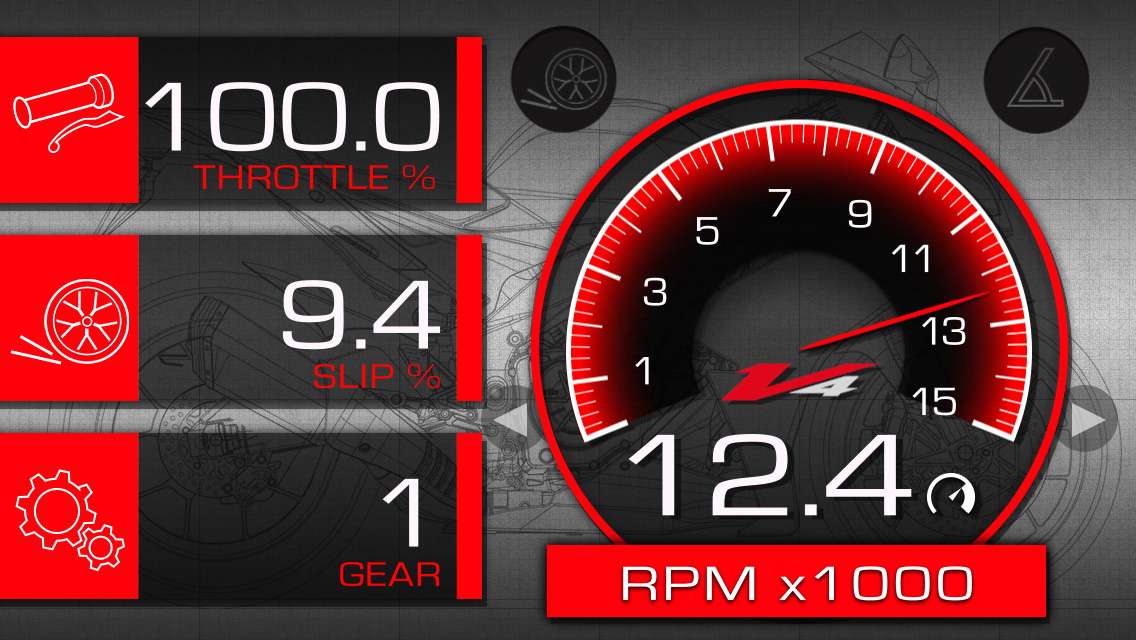