Richard Sinclair is usually found on the advertising team at MoreBikes HQ – but after years of working around motorcycles, this week he is finally taking the plunge and getting his licence! He’s joined the guys at BMW Rider Training for a week of intensive training. One day to go until Rich takes module 1 of his test, see how he’s getting on… 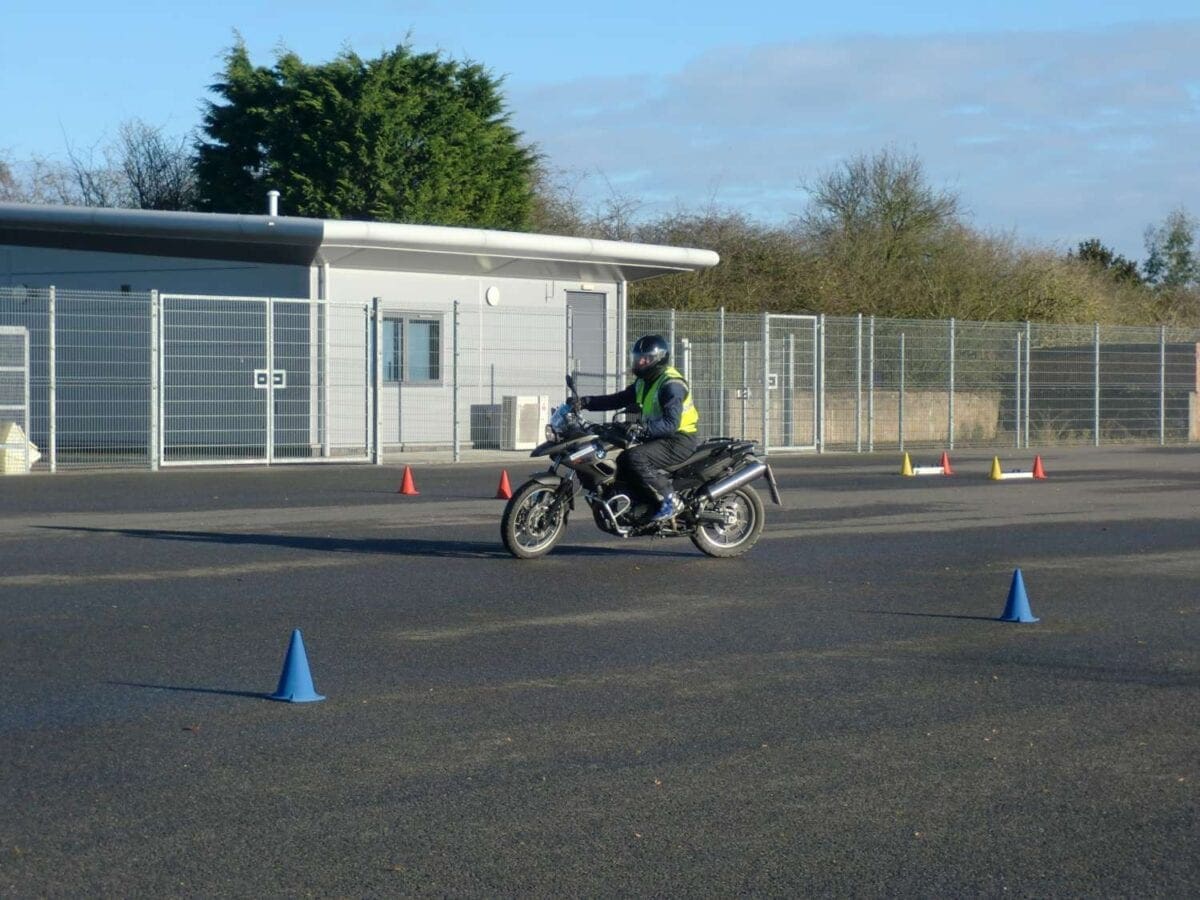 It’s a new day, and putting the bad points from yesterday behind me it was time to hit the road back to the training school for what I was told to expect, a mentally tiring day. As usual, a cuppa and discussion on what would be today’s points of action before getting kitted out again and making our way back to the training pad, today was predominantly about module one.

Ian was keen to get us to break the test down into bite size chunks so we started with the slalom and figure of 8’s and after a few mishaps, it was all coming together nicely, lots and praise and smiles all round. From there we went back to the classroom to talk though dual carriageways, as today was our first encounter and the opportunity to open the bike up.

Similar to the other journeys, they were well planned to add in villages, country roads and this time the two lanes of the dual carriageway, it was fairly windy out and we didn’t quite reach 70, but there is tomorrow to gain confidence for that.

After lunch we made the short trip to Cambridge training centre, and Ian wasn’t lying when he said it was massive compared to his training pad, they had booked this out for two hours for three of the trainees to practice on, in time for tomorrows module one test.

It started of brilliantly, and I couldn’t have asked for much more from the first attempts, we built our speeds up slowly for the emergency stop and swerve section of the test and before long, I was exceeding what was need, to be fair the bit I enjoyed the most was the swerve test!

However, when I let my fellow trainee have a go and I returned later, I had lost it all and just couldn’t do any of it – it’s so frustrating when you know it can be done, so Ian told me to take a break and I took the time to get my head back together.

The ride home…… the best I have had on the GS (Irene) so far, so am gaining confidence on the bike. The lean isn’t feeling as alienating as it has in the past and I am flowing smoother and smiling more. Being positive as you come into a 60, and opening the bike and feeling the power is a great sensation. There was one negative but all I am going to say is you either have to go or stop; you can’t coast a bike like a car.

Tomorrow is going to be even better, but right now I’m shattered. Time for some food, and early night ready for the big day…