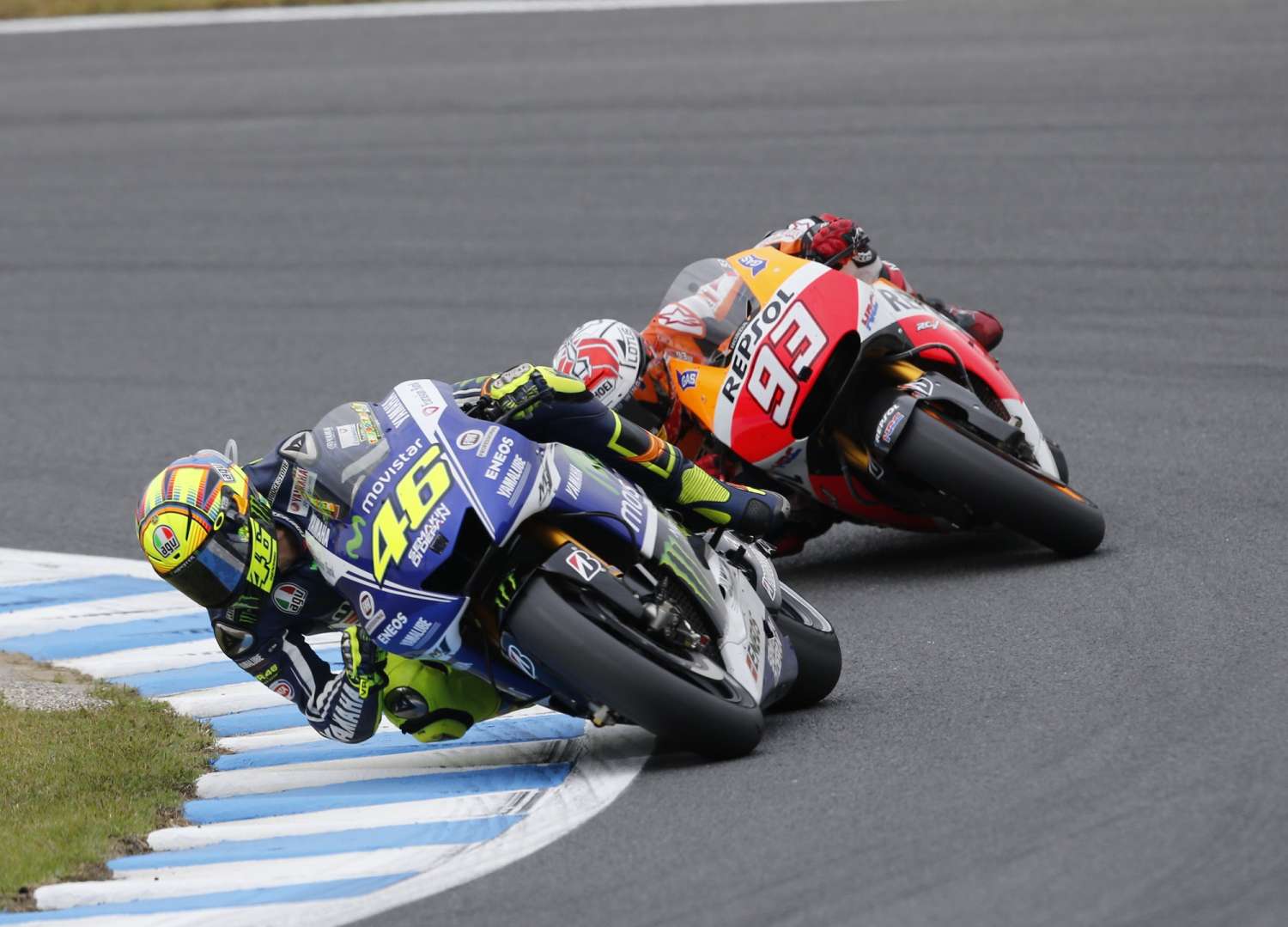 The Grand Prix Commission have met this week to agree the MotoGP rule changes for the 2015 season.

Changes to the Sporting Regulations mainly involved incorporating protocols and procedures that had already been defined and implemented during the 2014 season. These included:

Technical Regulations – effective in 2015 in the Moto2 class include the compulsory use of tyre pressure sensors, measuring the pressure of a slick rear tyre. This will enable the Technical Director to enforce existing regulations that require riders to use the pressures approved by the official supplier.

In the MotoGP class, the maximum prices that may be charged for the supply of brake packages normally sufficient for a complete front wheel, dry weather season, were confirmed. The full package, including discs, pads, calipers and master cylinders, may cost no more than €70,000. Teams may choose to have a package that doesn’t include calipers and the maximum price for this is €60,000.

It was already announced that Factory teams in the MotoGP class must move to using unified software with effect from 01 July 2015. It has now been confirmed that different teams, using machines from the same Factory, may use different versions of the unified software.

In all classes, it’s already a regulation that the lower portion of bodywork must have the capacity to catch oil or coolants in the event of an engine failure. It has now been agreed that the minimum capacity of these reservoirs must be 5 litres for Moto2 and MotoGP class machines and 3.5 litres for Moto3 class machines. The procedure for measuring capacity was also confirmed.

In the Moto3, Moto2 and MotoGP Open classes it is not permitted to use additional devices to modify the signal sent from the Championship supplied ECU to the actuators.

There are changes to be made effective in 2016 too. Discussions continue in the Grand Prix Commission about the Technical Regulations for the MotoGP class from 2016. It is anticipated that matters like the number of engines to be available for the season and the minimum weights of machines will be finalised and announced early in February 2015. In the meantime the maximum fuel capacity for 2016 has been confirmed as 22 litres.

There have been amendments to disciplinary regulations too to be made effective in 2015. It was decided that it is no longer necessary to hold a hearing between Race Direction and the rider before imposing a minor penalty. Minor penalties are defined as the imposition of up to three penalty points, a fine of up to €1,000 or a grid penalty of up to three places. Naturally, riders retain the right to appeal against any such penalty in which case a hearing would be convened.

Medical Code changes were made too for the 2015 season. It was agreed to incorporate into the regulations the new version of SCAT3. This is the Sport Concussion Assessment Tool which is already used by a large number of sporting bodies to evaluate injured athletes for concussion.

A regularly updated version of the FIM Grand Prix Regulations which contains the detailed text of the regulation changes may be viewed on the website: www.fim-live.com/en/sport/regulations-and-documents/grands-prix/