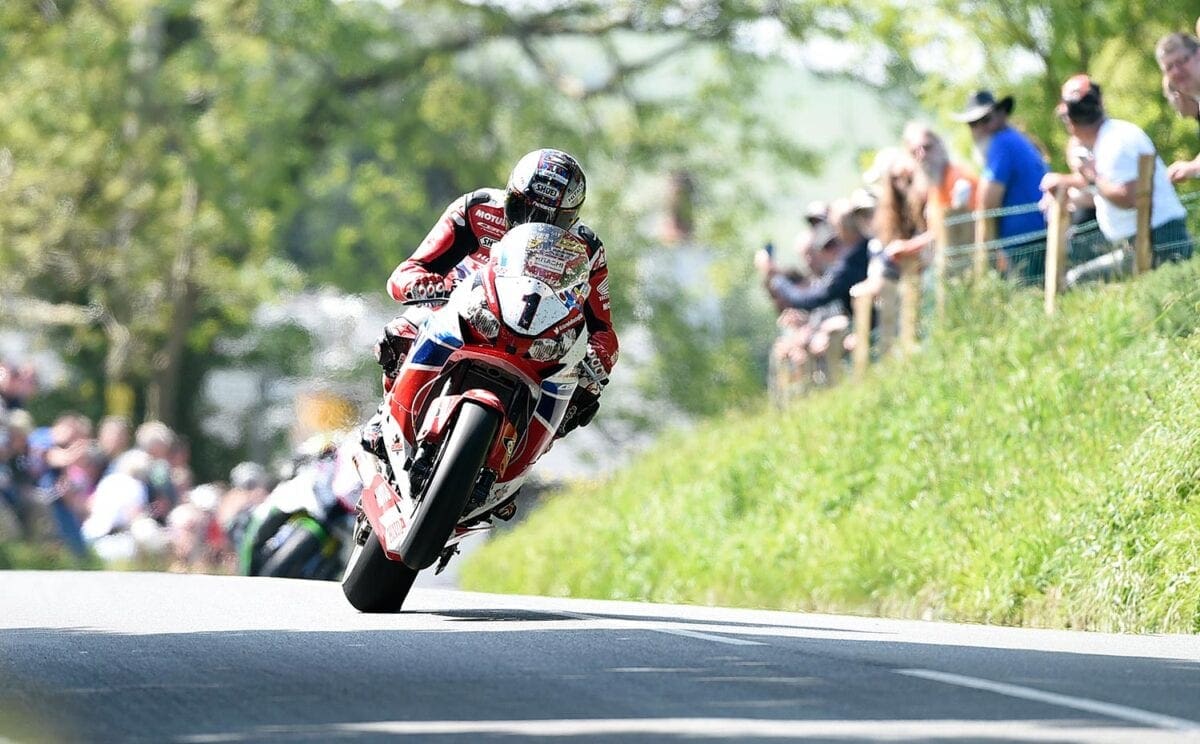 John McGuinness at the top of Barregarrow, TT 2014. PICTURE BY STEPHEN DAVISON

Honda Motor Europe has confirmed that John McGuinness and Conor Cummins will once again form a two-man squad for its 2015 road racing campaign with the Honda Racing team. The ‘Morecambe Missile’ and the ‘Ramsey Rocket’ will contest the Superbike and Senior classes at the Isle of Man TT and the Superbike races at the North West 200 aboard the Honda CBR1000RR Fireblade SP. 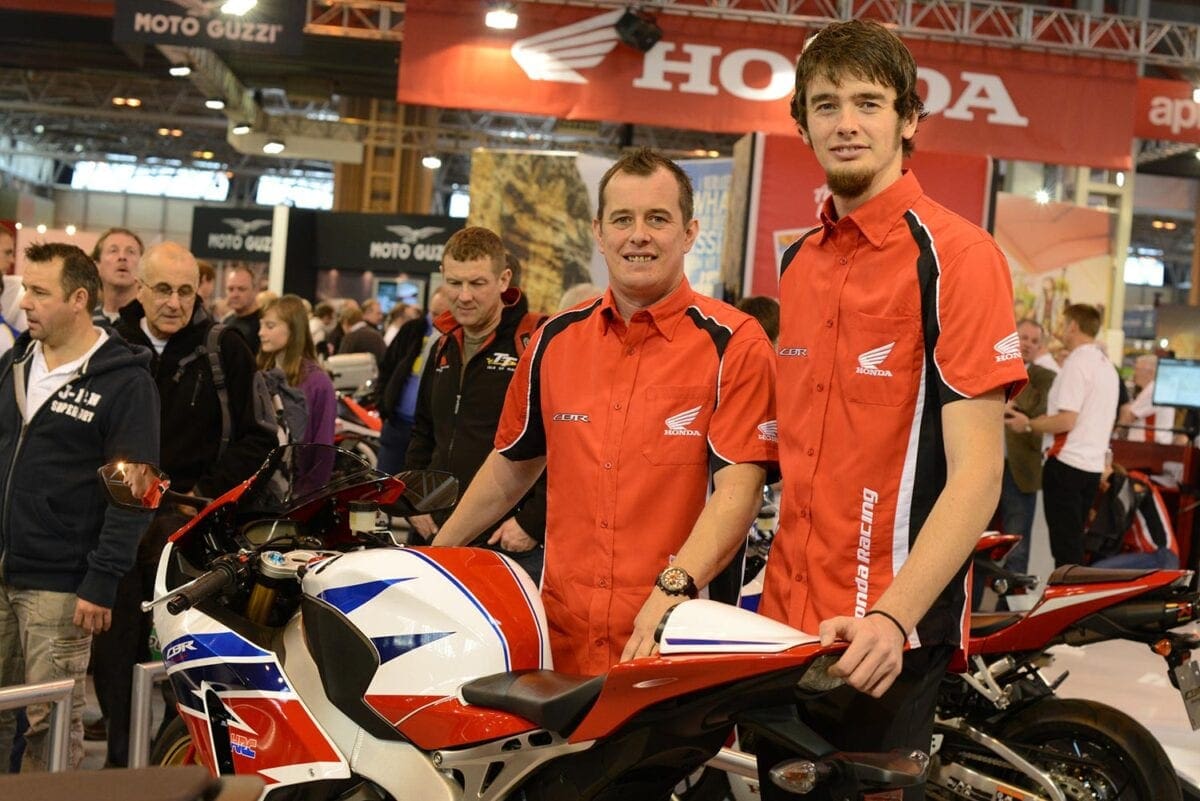 21-time Isle of Man TT winner McGuinness had a frustrating 2014 season after suffering a broken scaphoid while training on his off-road machine. Despite this, he secured very respectable top-ten places in the Superbike and Senior TT races, as well as a well-deserved victory in the TT Zero class. 2015 will see McGuinness return fully fit and ready to prove that he’s still the man to beat on the Mountain course.

Cummins made an impressive debut with Honda Racing in 2014, securing a brace of podium finishes at the NW200 and the Isle of Man TT, including second place in the Blue Riband Senior TT. With a successful first season with Honda Racing under his belt and having proven his ability on the roads, the 28-year old Manxman is certain to be in the fight for race wins in 2015. 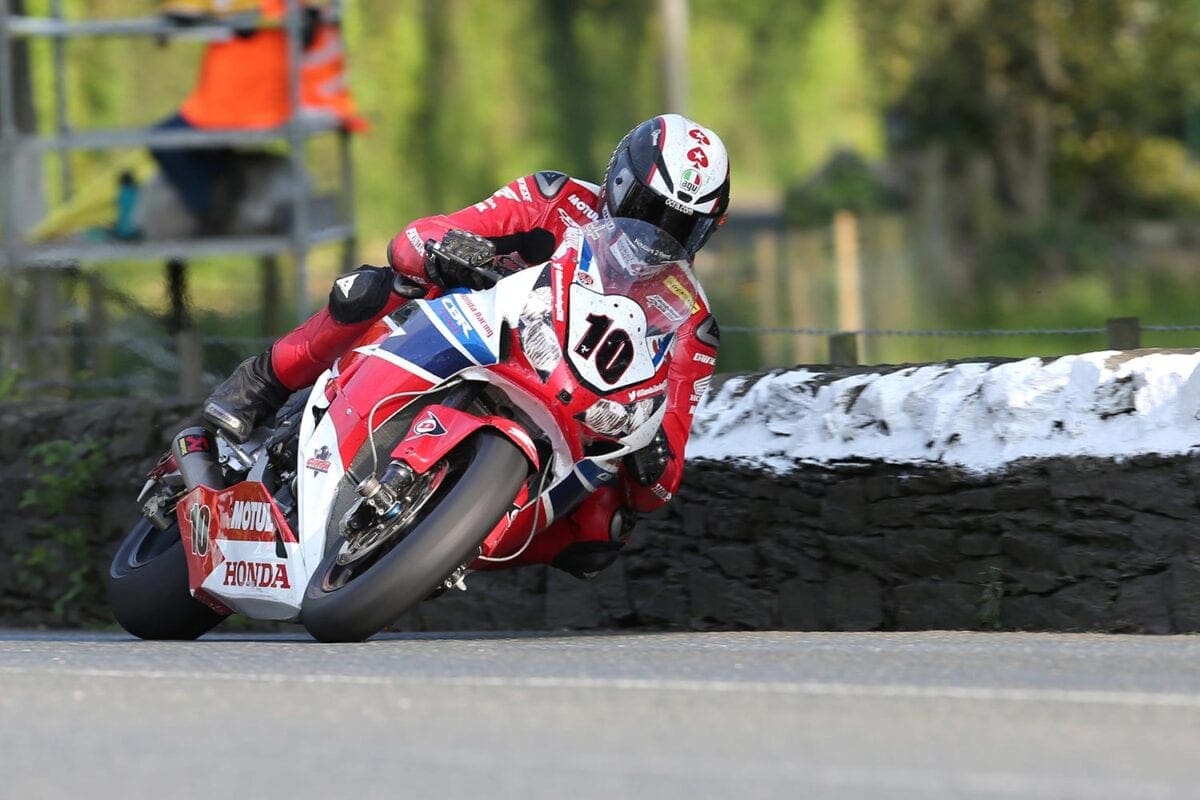 Conor Cummins during practice for the 2014 Isle of Man TT. PICTURE BY DAVE KNEEN

In addition to their commitment with the Honda Motor Europe-backed Honda Racing squad, McGuinness and Cummins will compete for the privately owned Jackson Racing team aboard the Honda CBR600RR in the Supersport class at the NW200 and TT, as well as contesting the 2015 Endurance World Championship Superstock class aboard the Fireblade SP. Cummins will also compete for the team in the Superstock class on the roads.

Honda’s plans for the 2015 Endurance World Championship season will be announced shortly. For all the latest news from the Honda Racing team, follow @HondaRacingCBR.