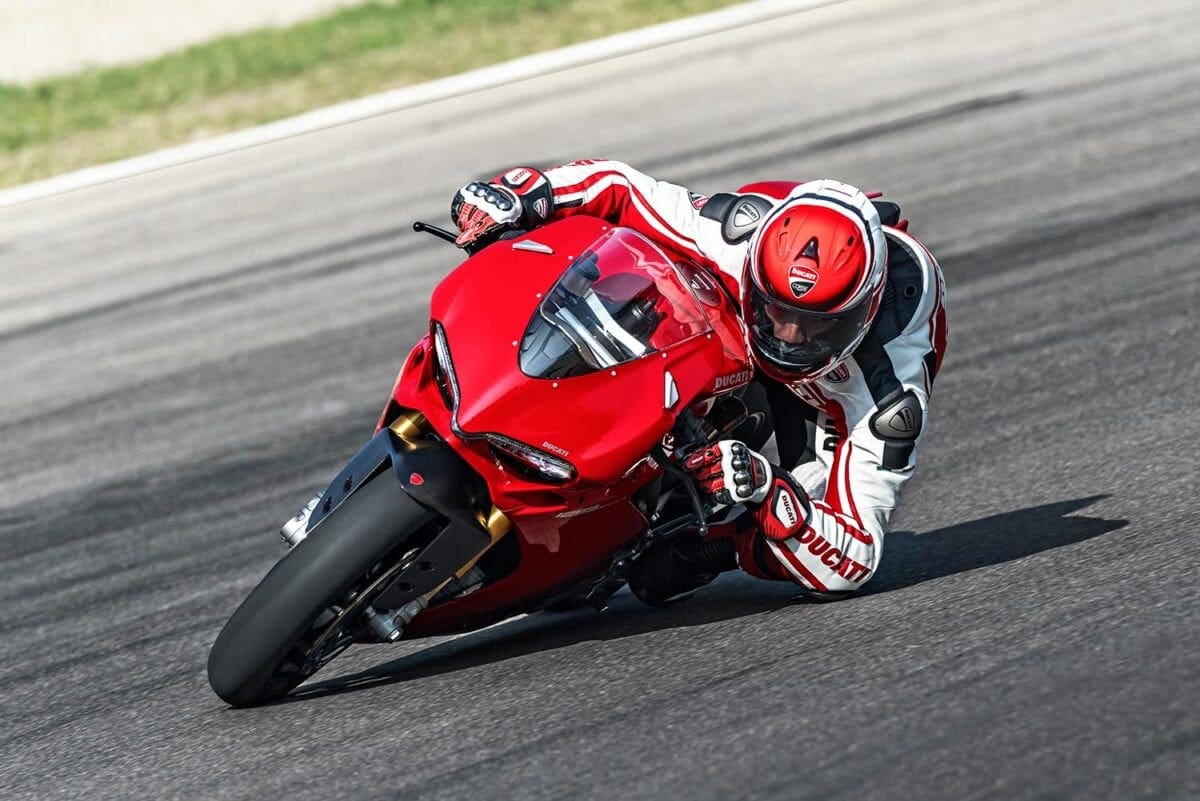 Ducati test rider – Alessandro Valia – has been thrashing the 205hp Ducati 1299 Panigale round the Mugello track in Italy. The 1285cc engine is unique to the new machine, and helped Valia achieve a 1 minute 55.3 seconds lap time – pretty impressive when you consider that the lap record is 1 minute 47.157 seconds (Dani Pedrosa on a MotoGP bike in 2013). That means he averaged 101.8mph around the 3.259 mile track – just 10.6mph short of Pedrosa’s average on a fully race-engineered machine.

Here’s what he had to say about the bike: “With the new Panigale I expected an increase in performance, but the final result has surpassed those expectations. This is not just a sensation, but a concrete result. During my first test of the 1299 Panigale S on the Mugello circuit, in fact, I managed to obtain a best lap that shocked me: 1’55″3! A really incredible time for a production bike – with lights, turn signals, and mirrors – made possible thanks in part to powerful thrust from the new 1285 cc Superquadro engine with 205 hp and monumental torque”.

With a bore of 116 mm and a stroke of 60.8 mm, the 1285 cc Superquadro of the new Panigale has a bore/stroke ratio of 1.91, unique in the world. In the new Superquadro (so named for this exaggerated bore/stroke ratio), thanks to a new exhaust system, power has been increased to 205 hp at 10,500 rpm, a reference number for a production twin-cylinder, while torque has been increased to 144.6 Nm at 8,750 rpm.

“Also fundamental are the improvements to the bike’s frame. The new steering head angle and other changes to geometry have produced tangible benefits especially for large-radius curves, making the front end more stable, precise, and effective in finishing turns”.

On the new Panigale the swingarm pivot point has been changed to optimize the rear tyre’s grip, and the steering head angle has been reduced by a half degree to give a better steering character and more agile cornering.

“Moreover, thanks to the new Öhlins Smart EC suspension, which also includes the very useful electronic steering damper, the 1299 is able to move seamlessly from maximum track performance to comfortable road use, making even the return trip to Bologna a pleasure, despite the bumpy roads which characterize the Giogo or Futa passes”. 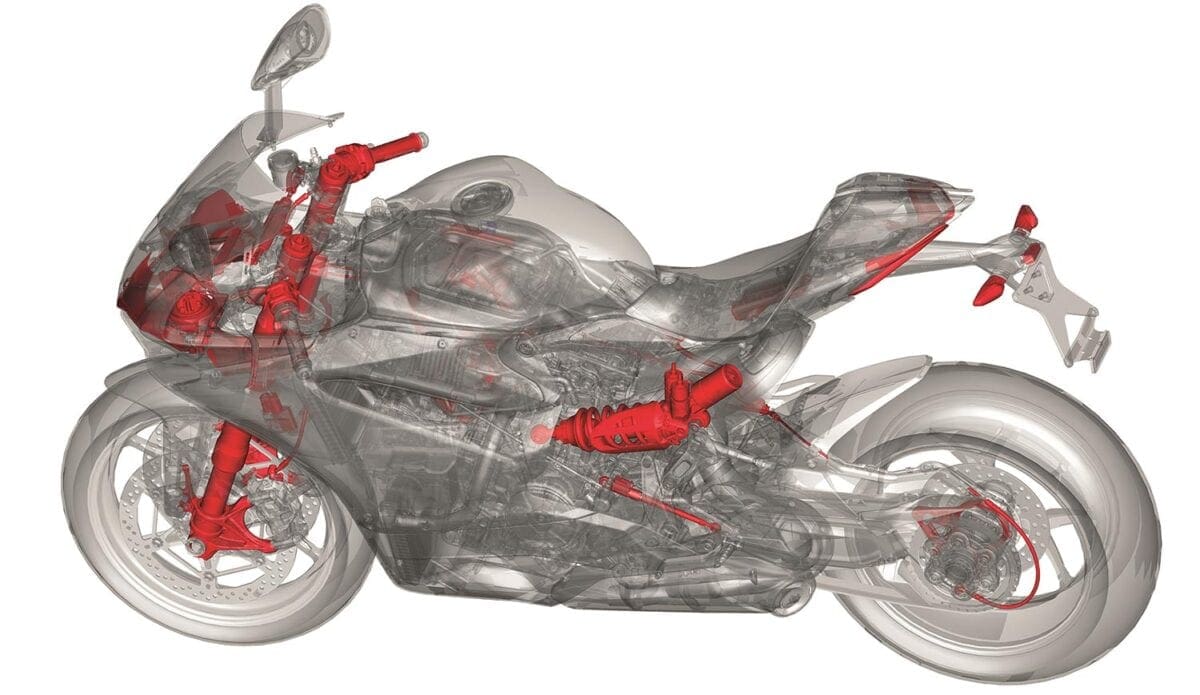 The 1299 Panigale S is equipped with an exclusive semi-active Öhlins Smart EC suspension, which interfaces with the Bosch inertial platform to dynamically respond to how the bike is ridden. Its event-based mode adapts the suspension in real-time to various riding events. For example under braking it stiffens the front fork’s damping, then softens it as the bike accelerates.