Cheap motorcycles: Bag a retro bike for under £1700! 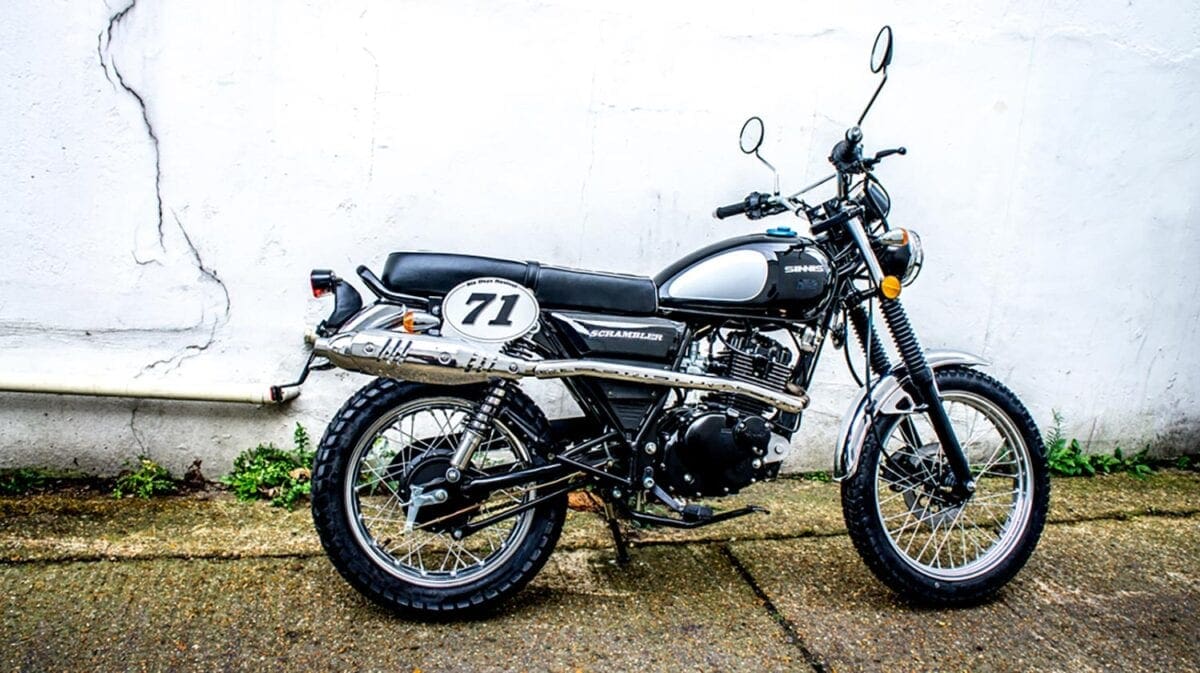 If you’re looking for cheap motorcycles, but want something with a bit of style, Sinnis has a pair of new machines well worth checking out.

Available in limited numbers – 100 to be precise – the Scrambler 125 rocks spoked wheels, high level exhaust pipe and a hearty 125cc engine. With its four-stroke, single-cylinder engine and five-speed gearbox it produces 11.4bhp @ 8500rpm, and stops with a disc brake on the front and drum on the rear. Priced at just £1695 + OTR charges, Sinnis is showing that you don’t have to settle for a bog-standard budget machine…

“Choice is one of the things that separate us from other manufacturers; I believe we’re one of the only companies that make so many different choices of retro bike – especially at such budget prices. We still do the ‘hard-core’ scooters and bikes that other companies still do, but I think combining these with the retro style sets up apart from anyone else” said Mike Garrod from Sinnis. 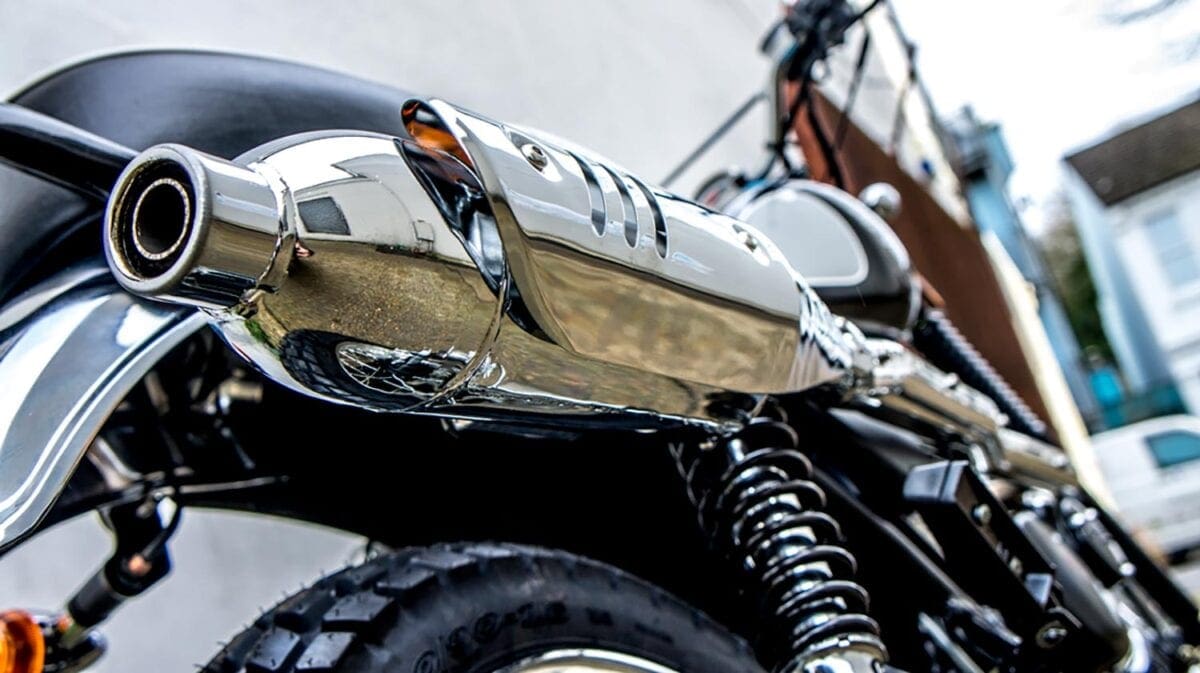 “Over the last few years, we’ve seen a marked difference in the amount of interest in the retro stuff. I think that’s true of the motorcycle industry as a whole too – anything vintage and retro is really popular. Because of this increased interest, prices have risen and as a result, some people can’t afford them – that’s where we have come in as we can offer the retro look with a two-year warranty…”

The A1 licence-compliant machine has a seat height of 770mm, a 10 litre fuel tank and a dry weight of 115kg – but this is no lightweight; it’s based on the same platform as other models in the range. 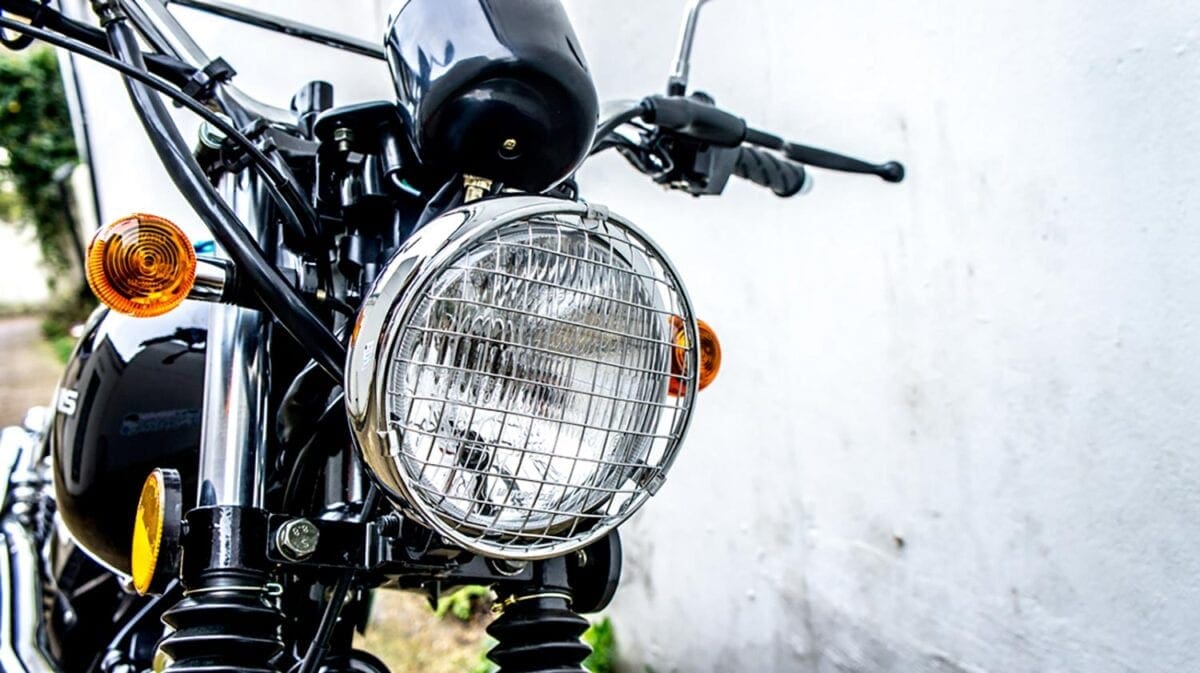 “We were so impressed after the 3000 mile trip we did around Europe on the Café 125 that we got two other bikes based on the same engine and frame but with different tanks, panels and handlebars. These are the Scrambler and the Retrostar.

“We took an SP 125 and the Café on the tour of Europe. With the SP we had no issues except needing to change a spark plug in Germany on the way back. Unfortunately, we had a bit of an accident on the Café but only broke a rear taillight and caused a few scratches – nothing mechanical!

“Quality is super-important for us – we had people asking about bikes like the ones we have just launched a while ago, but we wanted to ensure the quality was up to our standards before we brought it out.

“When we’re thinking of bringing in a new bike, we always get a sample from the Chinese factory. I will then personally test it and do around 1000 miles to check the performance, how it wears, how it deals with British weather, how it rides and anything else that an owner might encounter. I produce a report which will help decide whether we import it. We work with the factory to make changes, agree a price and then import them in.” 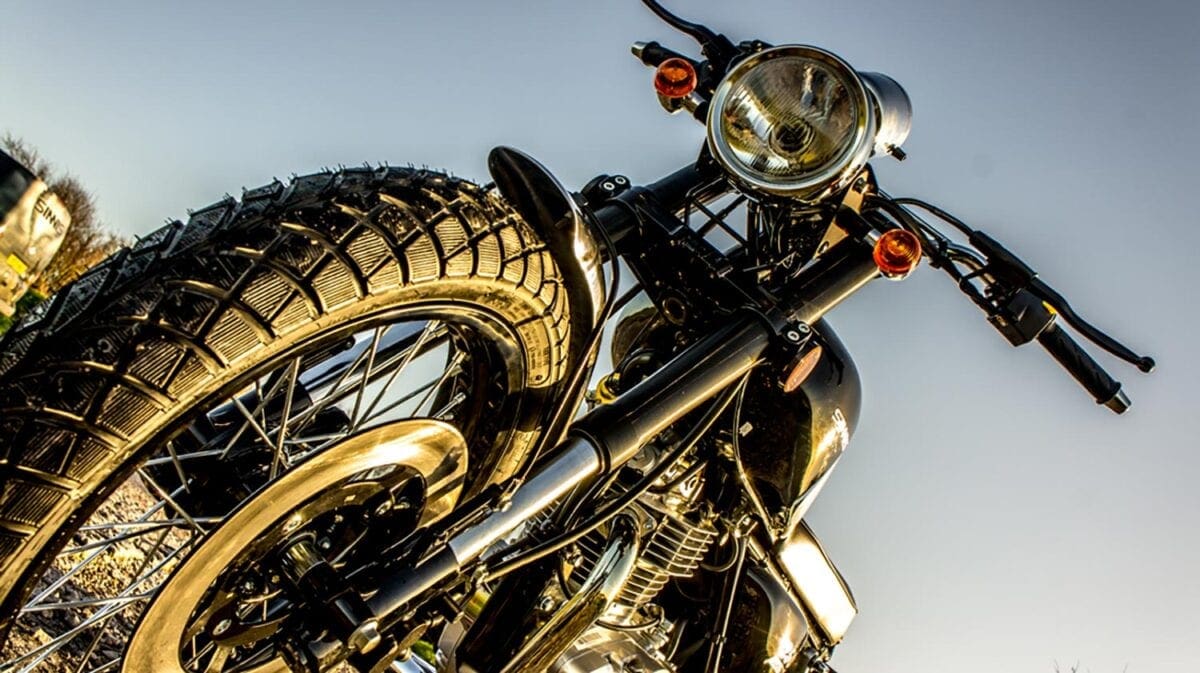 Those with an A2 licence can get in on the retro cool style on a budget too, thanks to the release of the Retrostar 250. Already launched as a 125cc version, Sinnis has expanded the range to include a bigger cc option for those wanting to make the next step.

The new model features a larger frame, an air-cooled four-stroke single-cylinder 249cc lump and costs just £2200 + OTR charges. The specifications says you will get 20.7bhp @ 7500rpm, and there are disc brakes on the front and rear. There’s a five-speed gearbox, a 10 litre fuel tank, a dry weight of 130kg and a seat height of 770mm. 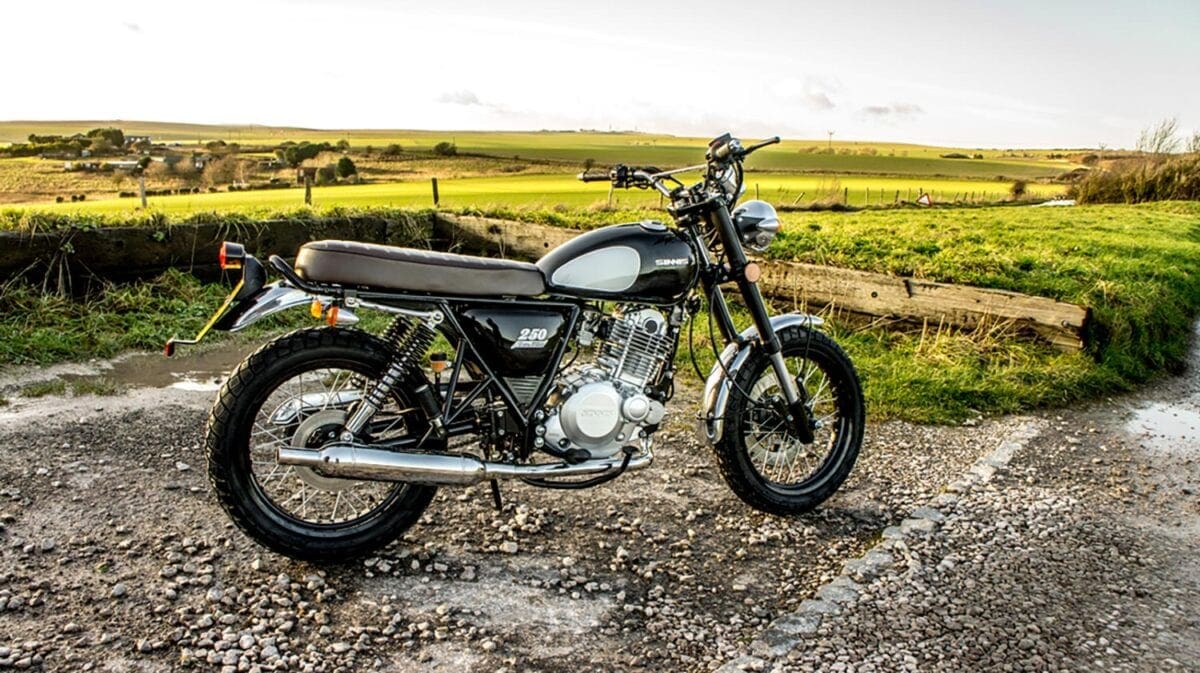 There’s a two-year warranty on both models. Check out the website for more information: www.sinnismotorcycles.com

Rumour has it that Sinnis is giving away a brand new Scrambler 125 on its Facebook page over the next few months, so keep your eyes open: www.facebook.com/SinnisMotorcycles 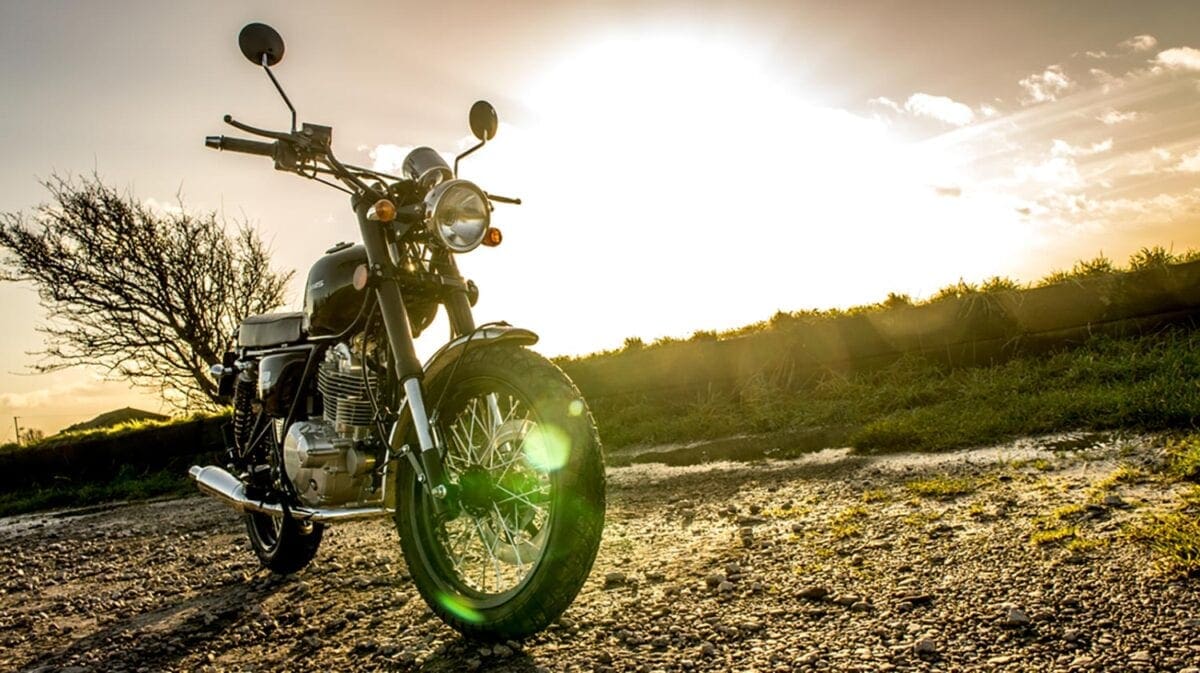