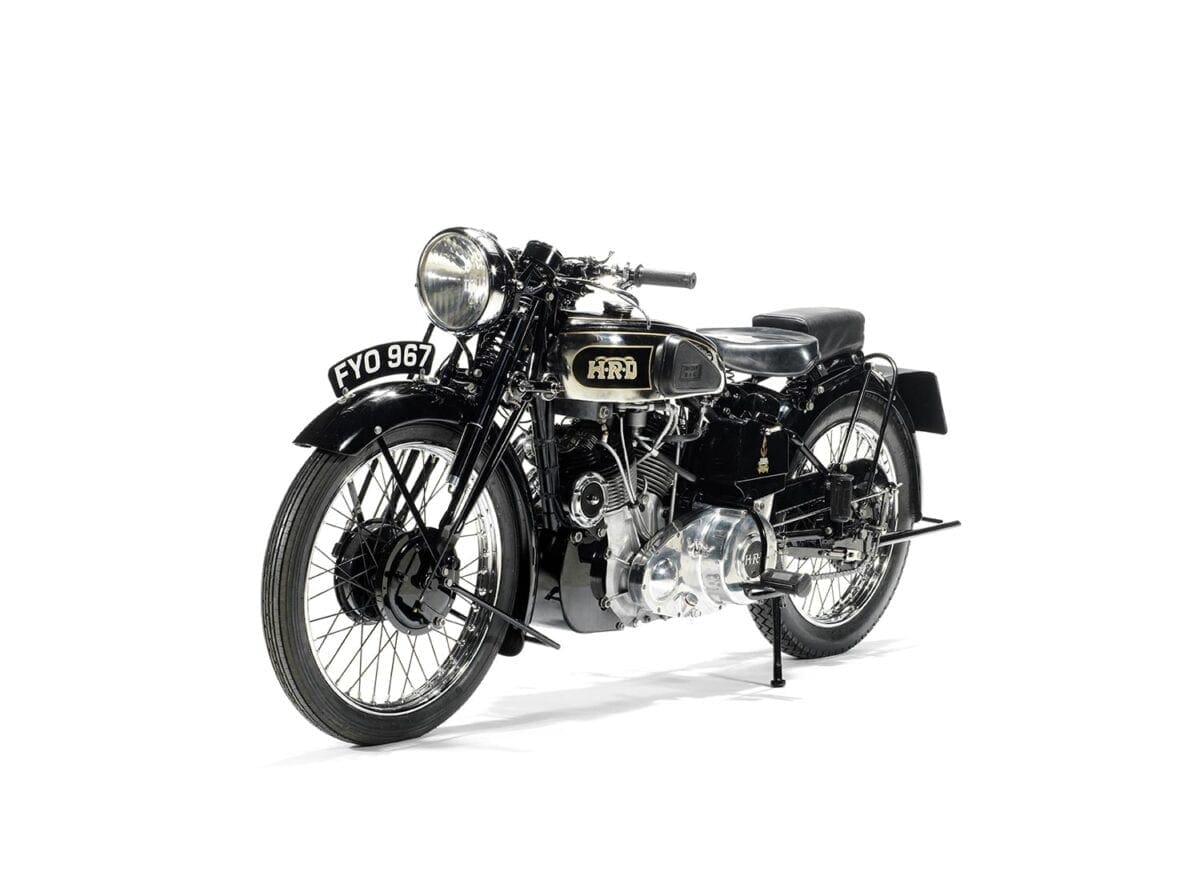 The Vincent Series-A twin offered is the penultimate machine dispatched from the marques Stevenage factory before the outbreak of World War Two in 1939. There are only around 65 Series-A Vincent v-twins left in the world today, making this sale exceptionally rare.

The Vincent has remained in the family of motorcycle enthusiast Harry Lloyd since 1959, when it was purchased in exchange for a mere £10 and an Amal TT carburetor. Lloyd restored the bike to its former glory and used it for family trips around the United Kingdom. After a decade of use, the primary chain snapped when on a journey home through the suburbs of Liverpool, leaving the bike in need of repair. In 1968 the HRD was dismantled, pending future restoration, and stored in a lock-up garage in Liverpool. 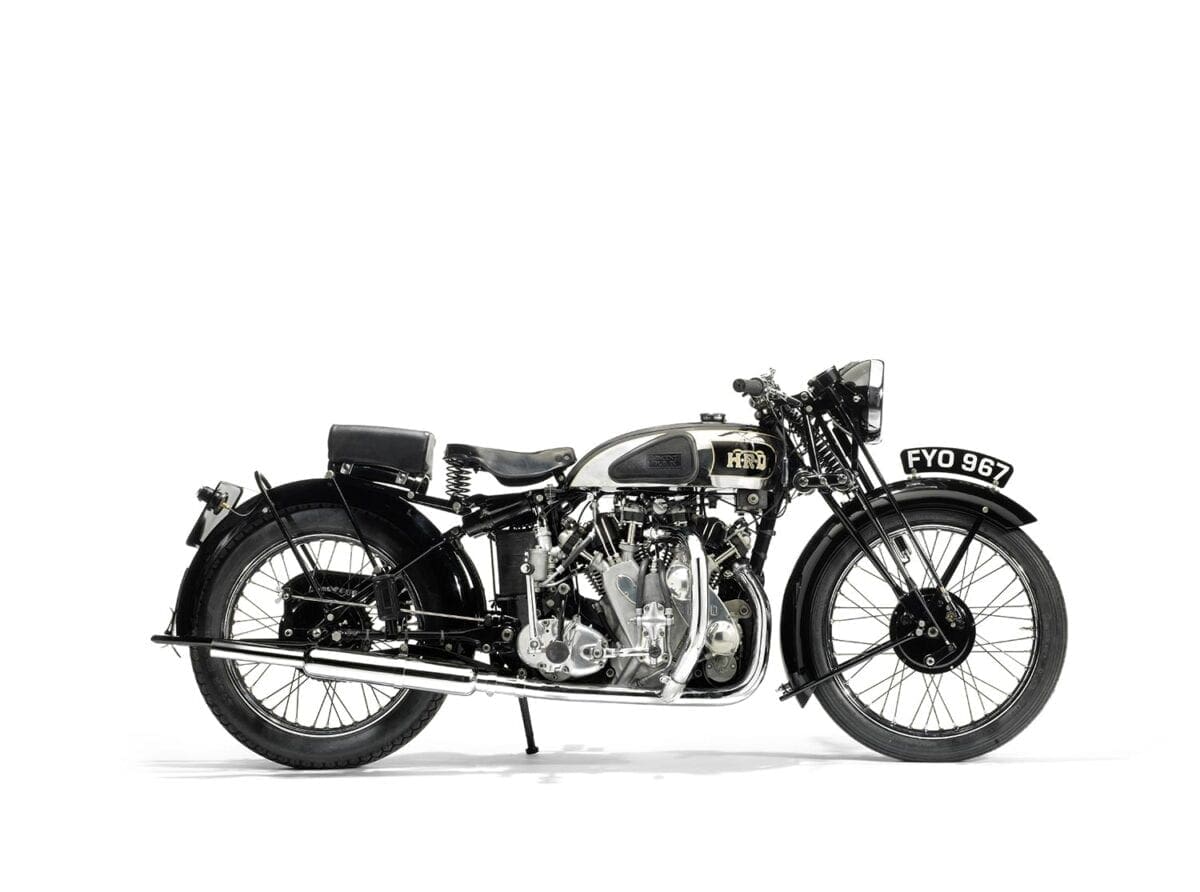 A decade later, with the bike still in storage, an administrative error meant ownership of the garage had been allocated elsewhere. When Lloyd arrived, the padlocks had been cut-off of the garage and his bikes – including the HRD Series-A – were being loaded into a skip.

After much argument, it was decided that the bikes couldn’t be left, and so were transported back to Lloyd’s Liverpool home and stored in the rear bedroom, where they remained undisturbed for the next 15 years.

“In 2007 restoration of the Vincent finally began, but sadly Mr. Lloyd passed away before seeing the finished rebuild. No doubt he would have been very proud of the finished machine,” said Ben Walker, International Director for Bonhams Motorcycle Department.

“Seven years of restoration have resulted in a magnificent motorcycle completed to Concours standard. Owned by the same family for the past fifty years, Bonhams Stafford sale offers a rare opportunity to acquire this highly desirable machine – one of the holy grails of the motorcycle world and a must for any major collection.” 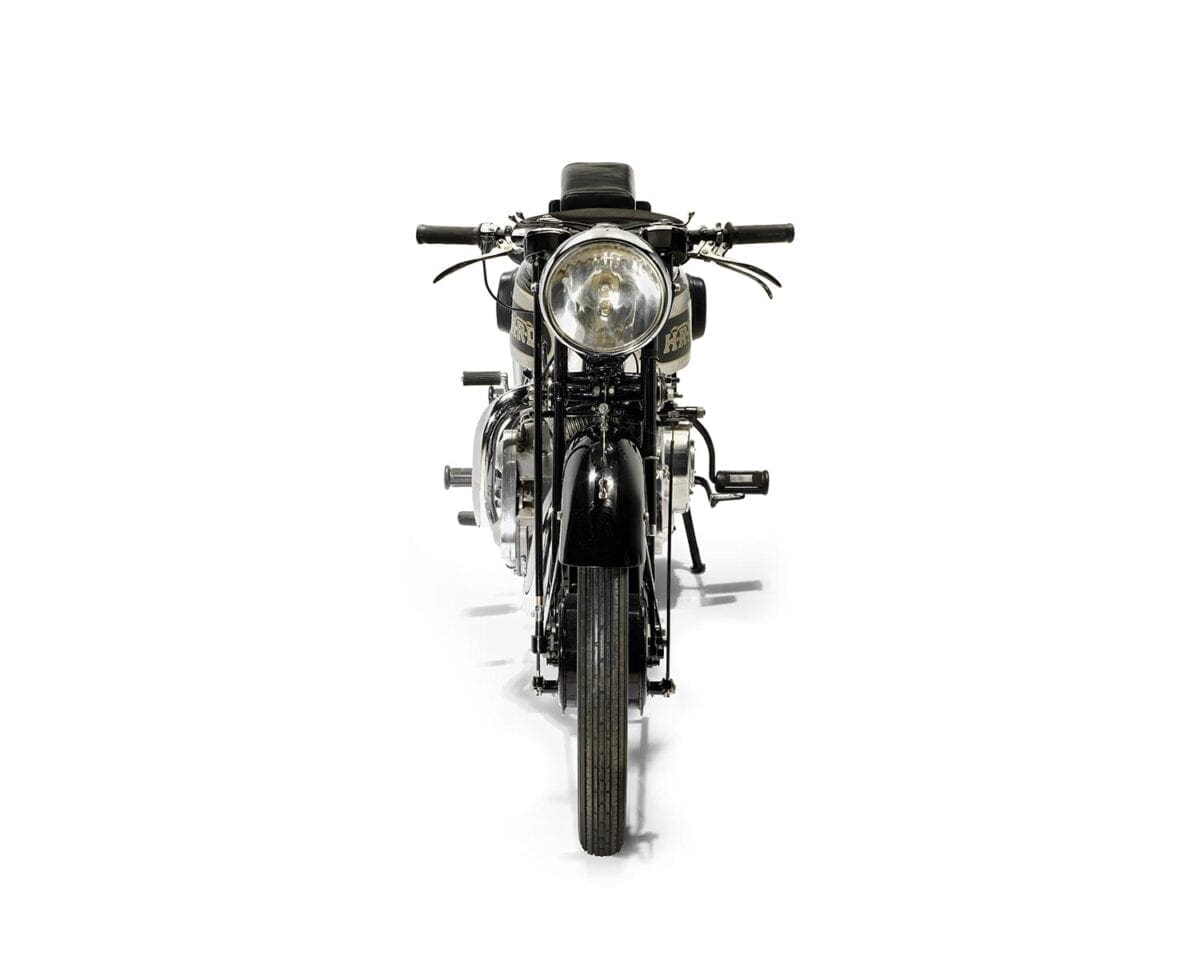