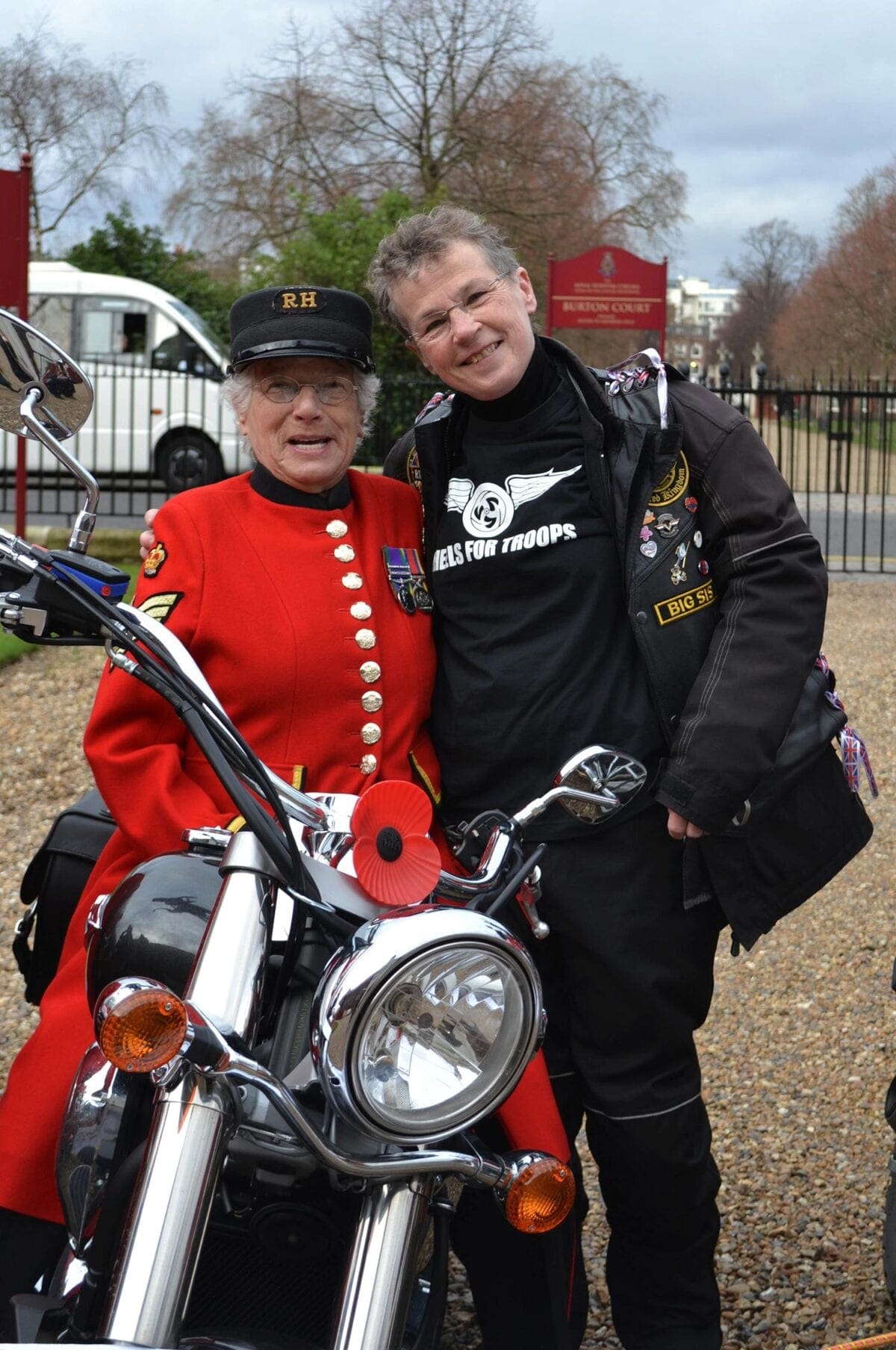 Chelsea Pensioners from the Royal Hospital Chelsea are gearing up to attend the fourth annual Wheels for Troops fundraising motorbike ride.

Wheels for Troops was founded by Amanda Jenkins from Reigate in 2012 following her son’s return from a tour in Afghanistan to remember those who sadly lost their lives, and to raise funds for service charities.

Motorbike riders across the country are being encouraged to take part in this year’s event, taking place in Surrey on Saturday 4 July. It begins with a 30 mile marshalled ride through the Reigate area and will culminate in a family fun day at Redhill Memorial Park.

Participants are asked to donate £15 to get involved in the ride, for which they will also receive a Wheels for Troops t-shirt. Previous years’ events have raised thousands of pounds, and organisers hope 2015 will be the most successful yet.

Kate Marsh, fundraising manager at the Royal Hospital Chelsea, said: “It is wonderful for us to have support from Wheels for Troops and hope that this year will see the biggest number of riders taking part to date. The money raised in July will help us continue to provide a fitting home and the highest possible standards of care for our Chelsea Pensioners both now and in the future.”

To register for the event or for more information, please visit the Wheels for Troops 2014 and Beyond Facebook page or www.wheelsfortroops.org 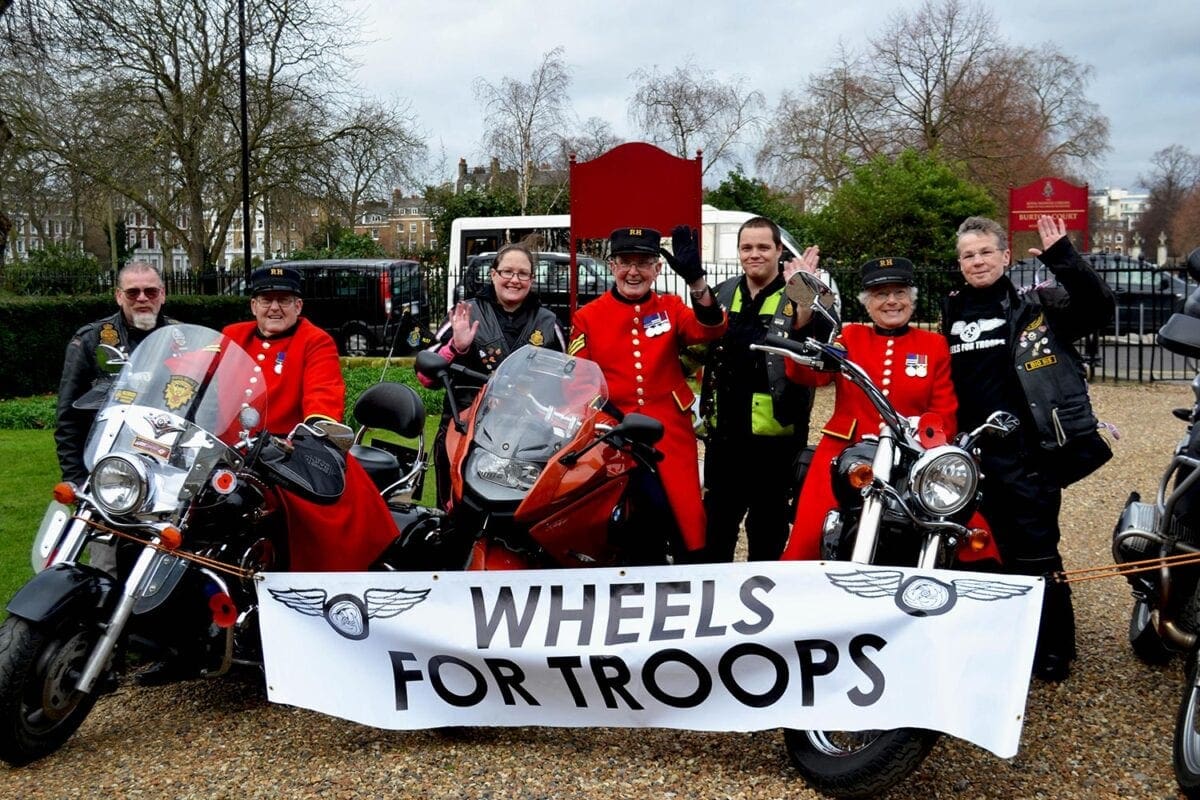 The Royal Hospital Chelsea was founded in 1681 by King Charles II to provide a home for the relief of veterans broken by age or war.  Sir Christopher Wren designed the Royal Hospital Chelsea, which was was opened in 1692. Today the Grade I listed site is still home to some 300 In-Pensioners (more commonly known as Chelsea Pensioners) – all former soldiers of the British Army. The Royal Hospital aims to provide the Chelsea Pensioners with a home, comradeship and the very highest standards of care during their advanced years, in recognition of their loyal service to the nation.

In their distinctive scarlet uniforms, the Chelsea Pensioners have become icons in London and around the world. They are the living embodiment, as well as a visual reminder, of the Nation’s Covenant with her old soldiers. Current Chelsea Pensioners include veterans from World War II, Korea, Malaya, Borneo, The Falklands, Northern Ireland, Palestine and Cyprus.

Anyone who is over 65 and has served as a regular soldier, who has no dependent spouse or family and who is of good character can apply to be a Chelsea Pensioner. On being admitted to live at the Royal Hospital Chelsea, they must surrender their military pension and any War Disability Pension they may have. For more information on how to apply, click here.

To find out how you can help or to make a donation to the Chelsea Pensioners’ Appeal, visit www.chelsea-pensioners.org.uk or call 020 7881 5324 (Registered charity number: 1076414)