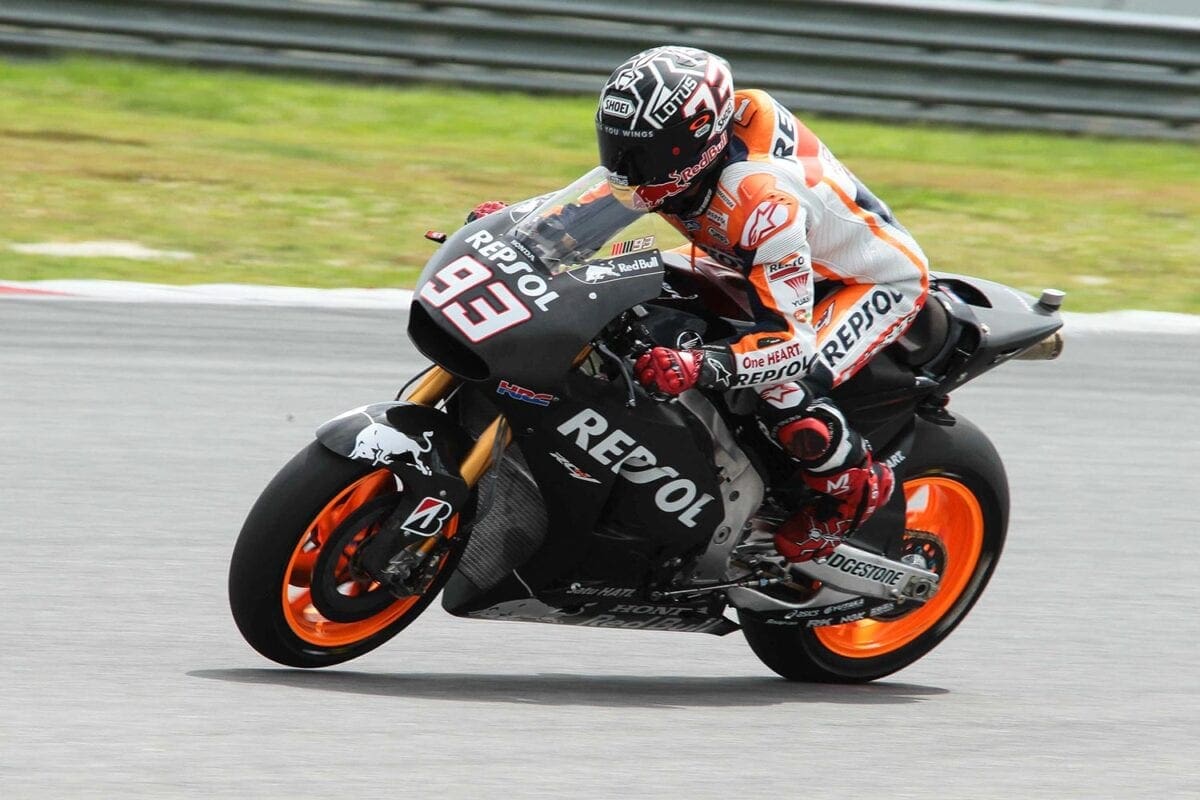 With 30 riders featuring on track, the full 2015 MotoGP grid were all in attendance other than Pramac Racing rider Yonny Hernandez, who should return from injury at Sepang 2. Five test riders from the various factories also gathered data for their respective manufacturers.

Repsol Honda’s double MotoGP™ World Champion Marquez recorded his best time of 2’00.262 on the 62nd of 63 laps, whilst his teammate Dani Pedrosa was 0.483s behind in fifth place. Pedrosa had a crash late on at turn nine without consequences.

HRC has arrived at Sepang with numerous bikes for the factory riders and their test riders to use – 2014 machines for comparison and 2015 prototypes for development. Marquez’s timesheet-topping best effort was 0.024s quicker than his fastest lap on the first day of testing last year. 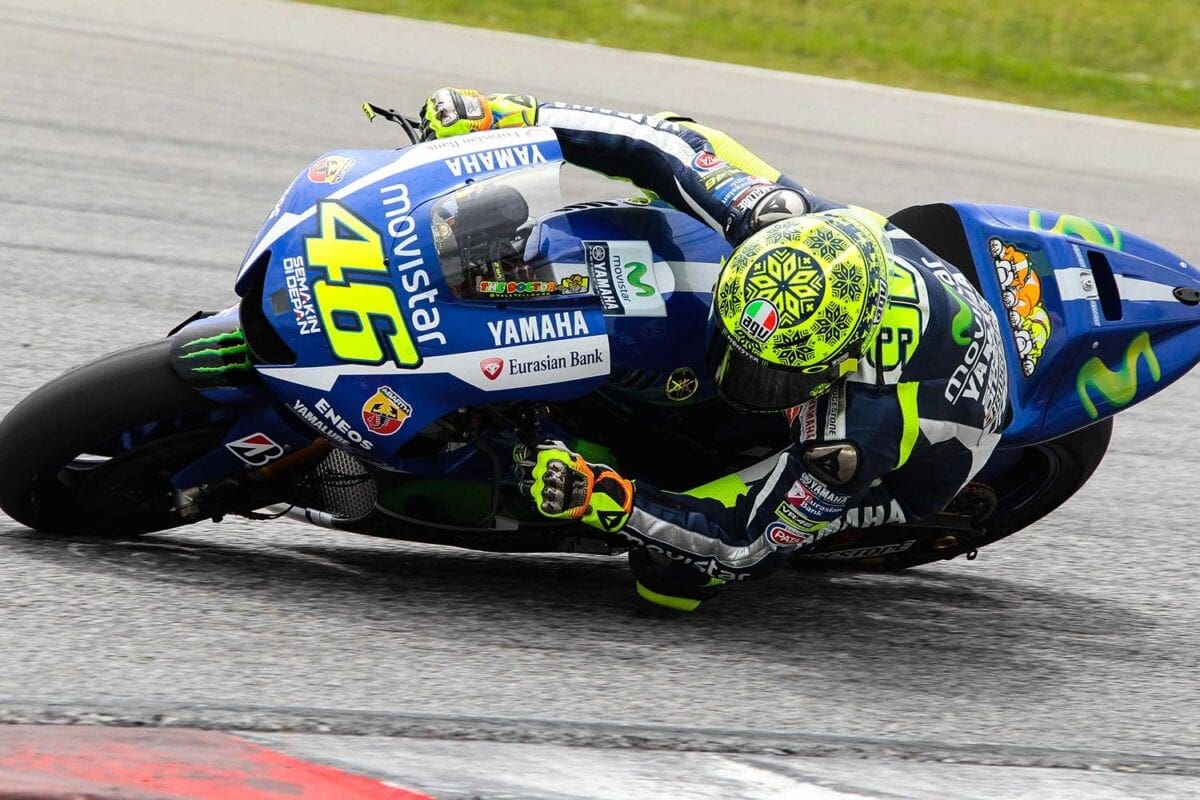 In second place on Wednesday was Movistar Yamaha MotoGP’s Valentino Rossi (2’00.380), with the Italian and his teammate Jorge Lorenzo on similar YZR-M1 prototypes to those they tested in November at Valencia. Yamaha continue testing a shorter exhaust pipe, this time featuring a grill covering the air exit, with a view to avoid flame escapes and prevent the entry of gravel and debris.

There was also a special new ‘winter’ helmet for Rossi featuring snowflakes and reindeer, neither of which are likely to otherwise feature at Sepang this week. Lorenzo was third fastest, 0.141s behind Rossi. 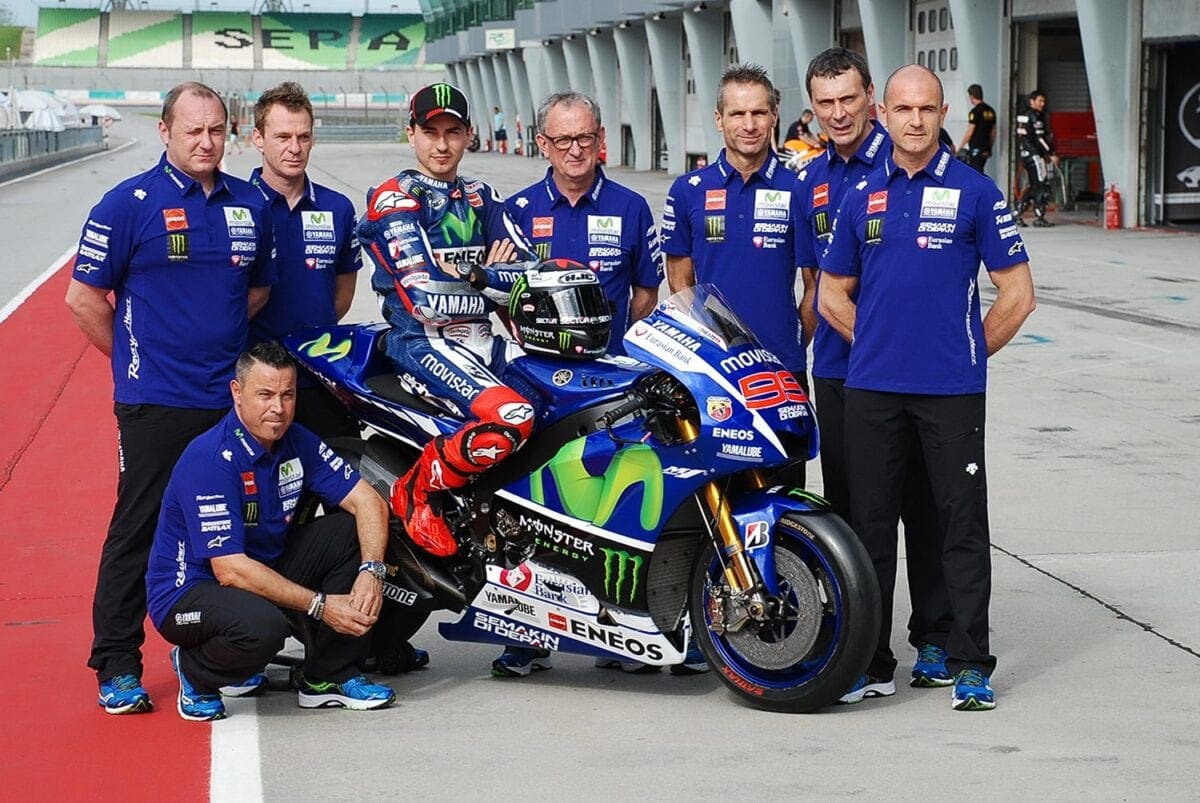 The new CWM LCR Honda team duo of Cal Crutchlow and Jack Miller got down to work with their RC213V and Open spec RC213V-RS packages, finishing the day 10thand 19th respectively. Miller focused on adapting to the Magneti Marelli MotoGP electronics package – the Australian aiming to achieve better performance with traction control, whilst for Crutchlow the test is simply about reacquainting himself with his new factory machine. 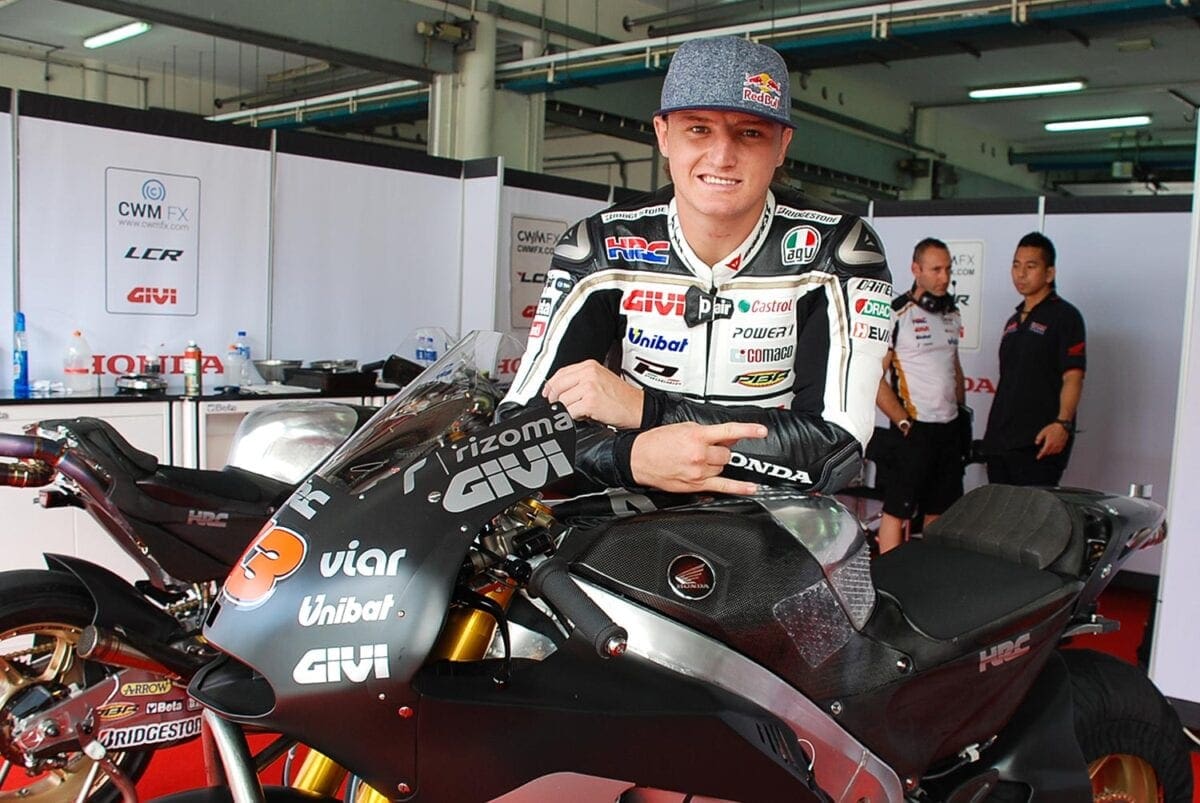 Ducati Team’s Andrea Dovizioso and his new teammate Andrea Iannone used a GP14.3 – an update on the GP14.2 which features some visually different aspects and electronics upgrades. The new Ducati GP15 is due for delivery for Sepang 2, later in February.

Dovizioso was fourth overall with a 2’00.617 best lap time, nearly two seconds quicker than on the same day of action at the same test last year. Iannone tried a new front fairing and finished the day seventh.

There was an early mechanical fault for Bautista on new Aprilia and he needed a push from Suzuki test rider Nobu Aoki – who was watching trackside at turn 4 – to get restarted.

Aleix Espargaro appeared not to be held back too much by a knee ligament injury sustained over the winter as he and MotoGP Rookie Maverick Viñales got back to work on the Suzuki GSX-RR. Espargaro ran off without major consequence at one point and ended up 14th – just under two seconds down on Marquez. Viñales lapped just under a second behind his new colleague in 21st place on the timesheet.

Suzuki also have a shorter exhaust pipe for testing and their factory riders only got started once test rider Takuya Tsuda had given the bike a shakedown early on.

In the absence of Pramac Racing’s Hernandez, Michele Pirro (12th) worked on electronics for Ducati using the GP14.2, whilst Danilo Petrucci (13th) worked with the GP14.1 using Open software.

Avintia Racing’s Hector Barbera (18th) and Mike Di Meglio (23rd) got used to the new Open Magneti Marelli software, as will all the riders using the new electronics package this season. Improvements to traction control and anti wheelie settings should assist the riders with their performances and set-ups.

NGM Forward Racing pair of Stefan Bradl and Loris Baz (25th) made progress on the Open Yamaha, with German Bradl impressing in eighth overall as the fastest Open rider – 1.294s off Marquez’s pace. Bradl had some electronics issues earlier in the day and was only able to produce a fast time after 5pm.

Drive M7 Aspar’s new signing Eugene Laverty was 22nd will aspire to get as close to teammate Nicky Hayden’s lap times on the Open RC213V-RS over the three days, with Hayden completing day one in 17th. AB Motoracing’s Karel Abraham on the same spec bike concluded the day in 24th position.

Octo IodaRacing Team’s Alex De Angelis will reportedly move onto Aprilia’s factory spec electronics for Sepang 2, therefore still running Open Marelli software on the 2014 ART this week. He was 27th as the first day of 2015 tests came to a close.

For full results from day one at the Sepang test click here.