Marc Marquez back in front after third day of MotoGP testing 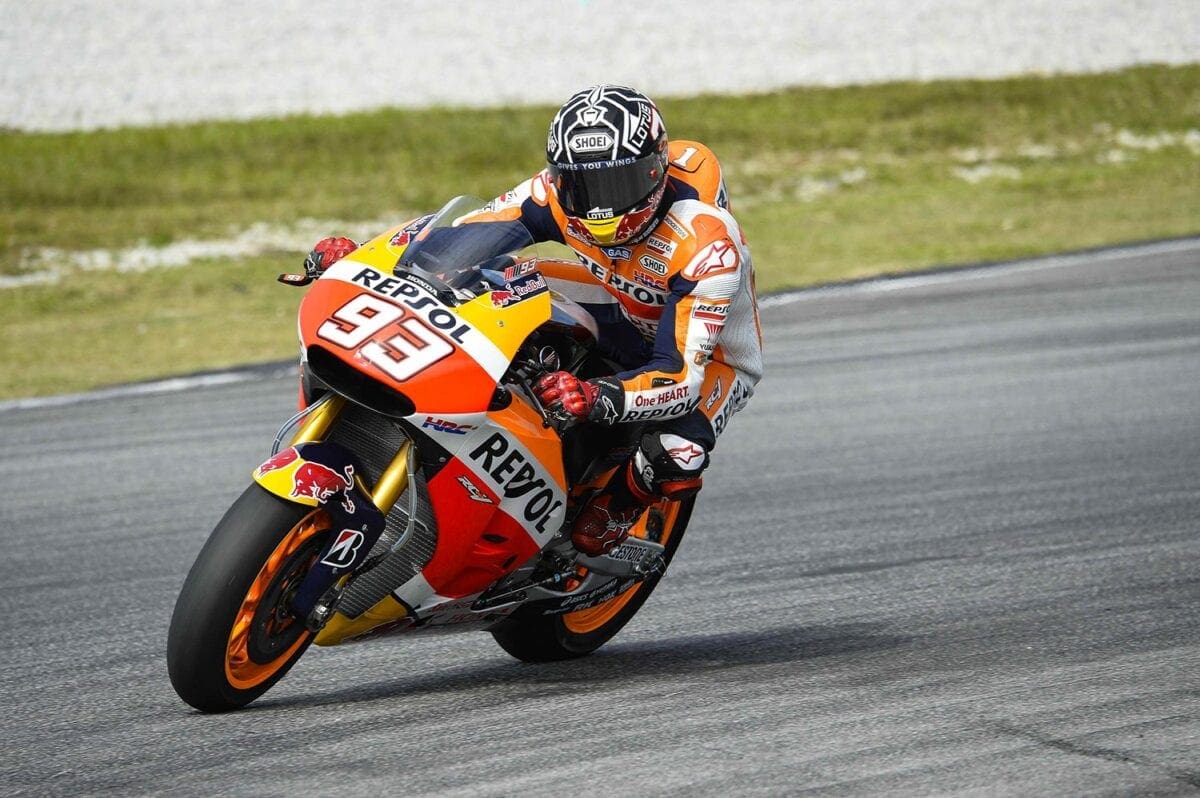 Marc Marquez led the Sepang 1 test timesheet with a superb 1’58.867s lap as the pace increased on Friday morning, with the MotoGP™ World Champion and many of his rivals also going on to carry out race simulations before departing from Malaysia.

The early hours of the action on Friday saw relatively cool temperatures and on fresh rubber in qualifying trim with two days of riding behind them many riders set their best laps of the test, with the top seven all going under the two minute mark around the South East Asian track.

Marquez was the standout rider again in terms of outright pace and his best lap time from the test compares favourably with his own 1’59.791s pole record at the track set in 2014 and with the 1’59.533 he set at the Sepang 1 test last year.

The premier class title holder’s Repsol Honda teammate was Dani Pedrosa (+0.139s) second on the timesheet. Both riders carried out race simulation runs later in the day, with Pedrosa particularly impressive as he marked ten consecutive laps under the 2’01 barrier.

Comparing the riders’ distinct race simulation pace must be done with a note of caution given the variation in temperature and time of day in which they each carried out their longer runs. 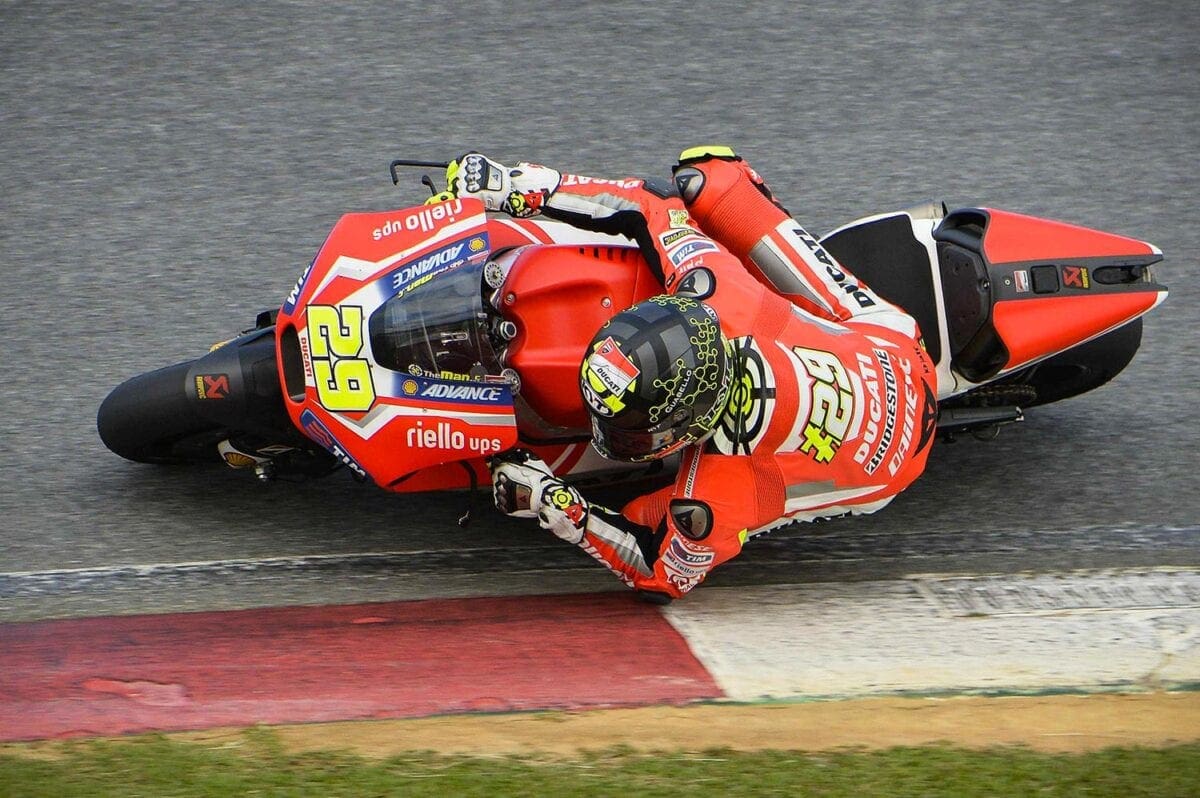 Ducati Team’s Andrea Iannone concluded the test in third place overall on the GP14.3, the Italian 0.521s down on Marquez but also half a second ahead of his compatriot and teammate Andrea Dovizioso who was seventh overall. The Ducati pair have the delivery of the new GP15 bike to look forward to at the Sepang 2 test before the end of the month. 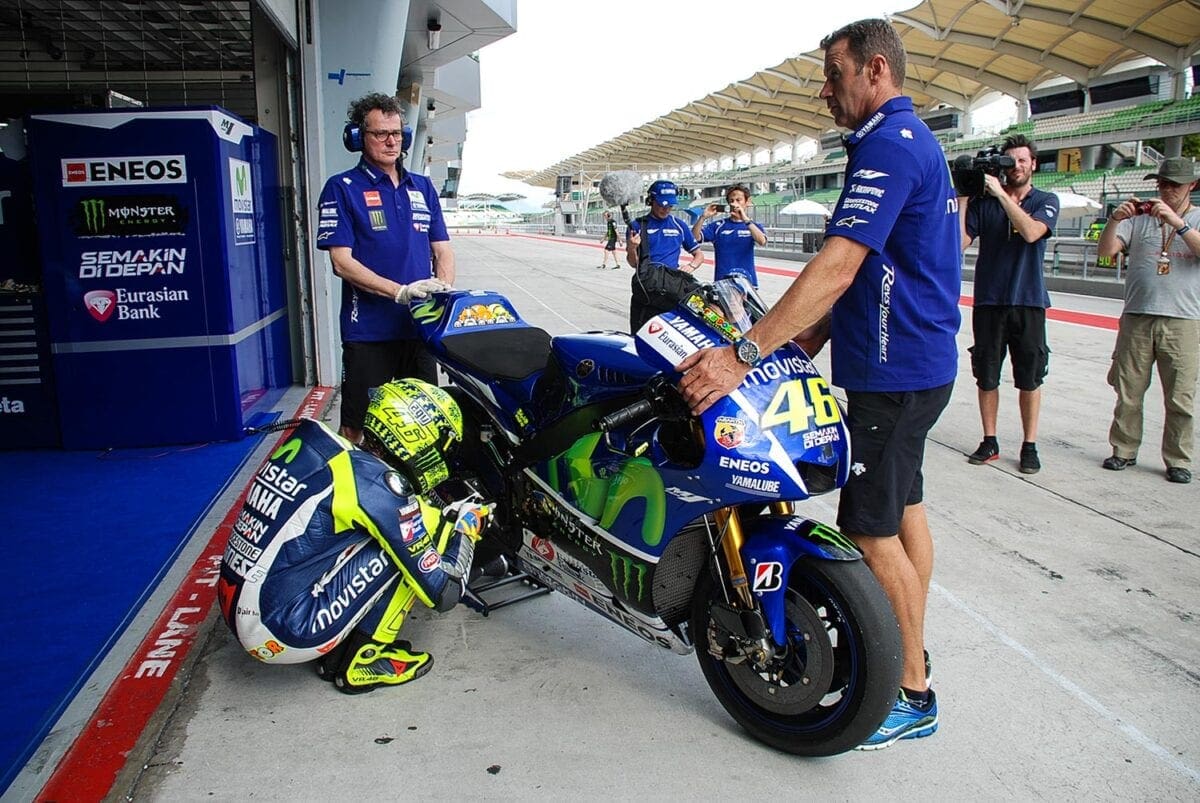 Movistar Yamaha MotoGP’s Valentino Rossi lapped just over half a second behind Marquez in fourth overall, with Rossi’s colleague Jorge Lorenzo (+0.757s) also in the top five. Lorenzo later enjoyed a consistently quick race simulation somewhat down on the pace of Pedrosa’s and admitted being impressed by the progress of his Honda rivals.

Rossi also undertook a longer run but did not manage the consistently quick times of Lorenzo or the Repsol Honda duo. The Italian carried out an electronics experiment for the run and also used new swingarm, adjusting his engine mapping during the simulation which affected his times.

In sixth place overall was Pol Espargaro (+0.984s) who had crashed without major consequence on Friday morning – his third crash in three days. Espargaro’s teammate Bradley Smith has been riding with an ankle injury sustained recently in private training and the Englishman was ninth fastest on the timesheet, 1.517s behind Marquez. 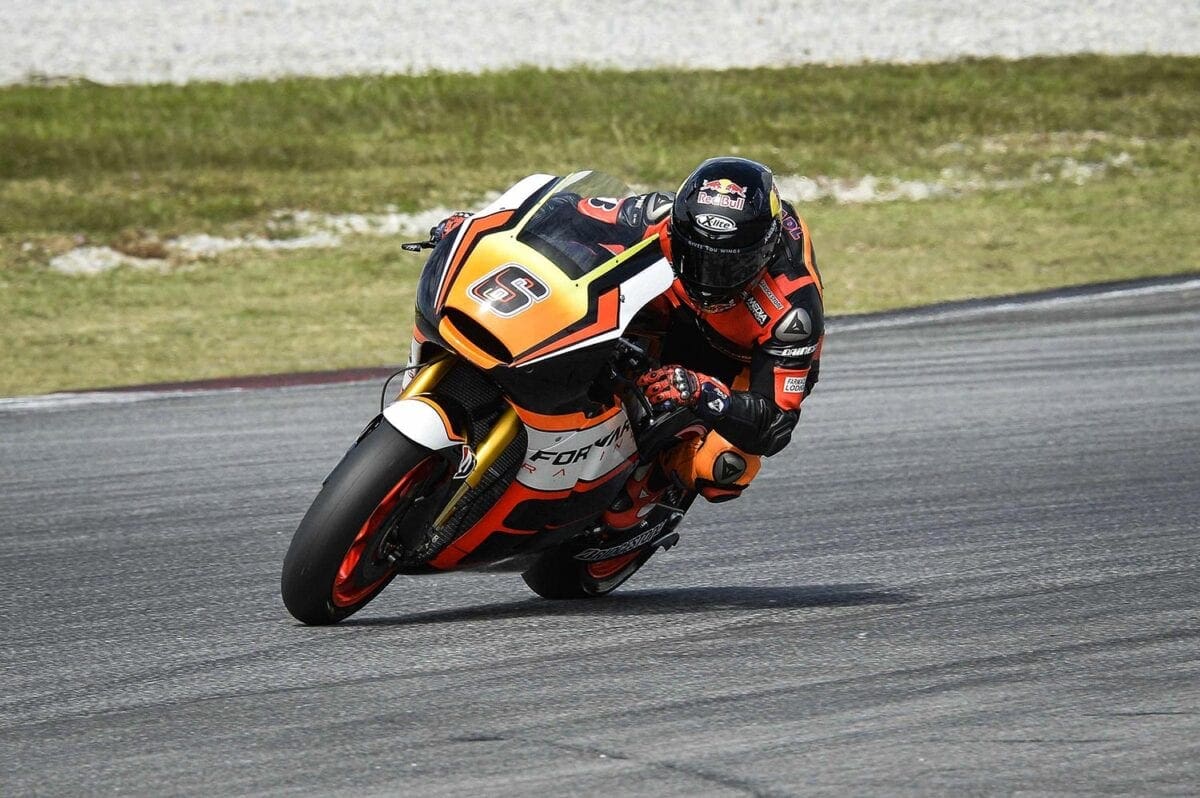 Stefan Bradl (Forward Racing Team) finished as the top Open equipped rider in eighth and will be pleased with his performance at this test, with an engine upgrade still to come before the season starts.

The Sepang 1 test saw good progression for the Team Suzuki MotoGP pair of Aleix Espargaro and Maverick Viñales. The Japanese brand are working on reliability and top end power and also developing their chassis as they return to premier class racing this year, with Espargaro ending the test in 10th place overall.

The Spaniard improved by just under two seconds from day one to day three, simultaneously dropping his gap to the top of the timesheets from 1.963s to 1.619s and ending up tenth. His impressive new rookie colleague Maverick Viñales gained confidence and pace on the GSX-RRs over the three days improving by well over two seconds and closing the gap on his teammate.

CWM LCR Honda’s Cal Crutchlow was 11th best as he continued to put in the laps on his RC213V, with Estrella Galicia 0.0 Marc VDS rider Scott Redding 0.7s behind his compatriot on the same machine.

Drive M7 Aspar’s Nicky Hayden was the fastest rider on the Open spec RC213V-RS package +2.641s down on Marquez in 18th place, with CWM LCR Honda rookie Jack Miller (+3.028s) behind the American in 20th on the same spec bike.

Aprilia Racing Team Gresini’s Alvaro Bautista and Marco Melandri will aim to cut the gap to the top riders at Sepang 2 in less than two weeks having finished the test down the timesheets in 21st and 28th places respectively.

There will be further action at Sepang on Saturday with a small group of riders remaining in Malaysia to test Michelin material.

For full results from the Sepang test click here.