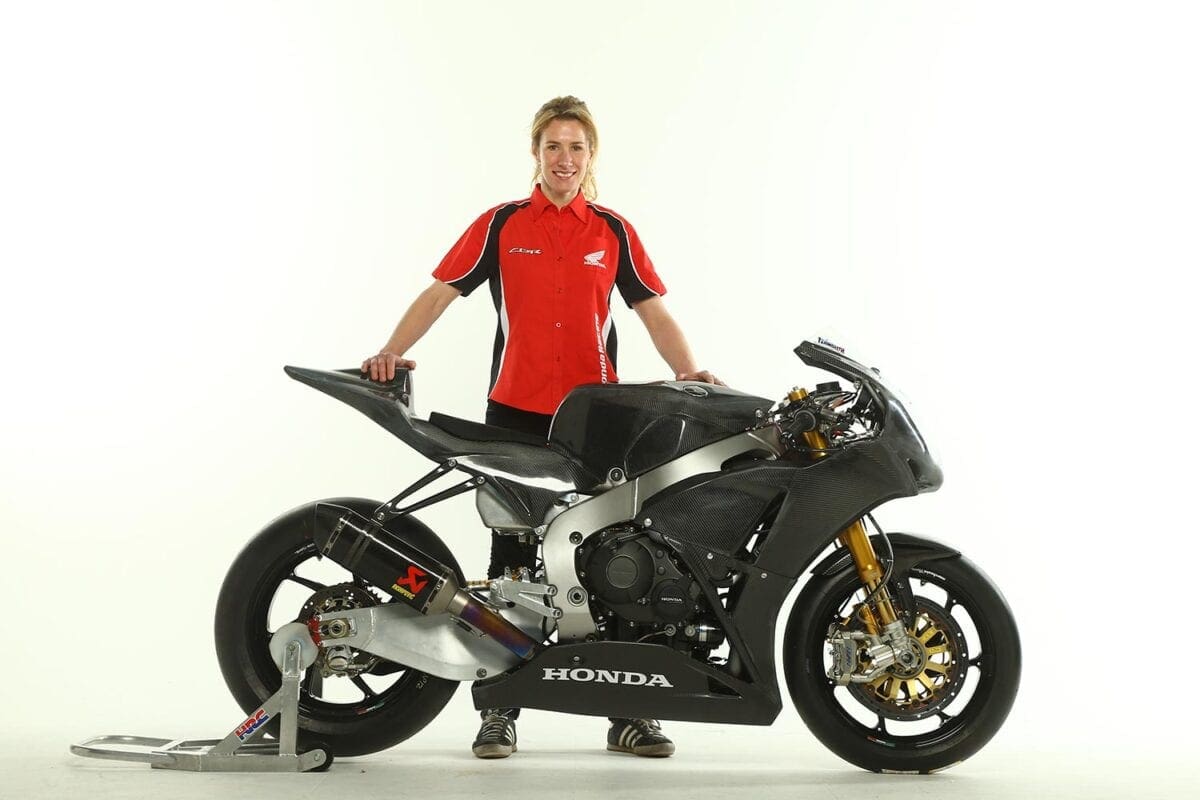 MoreBikes.co.uk’s Carli caught up with Jenny Tinmouth after the announcement she’d bagged herself a ride with the Honda Racing team in the British Superbike Championship.

Jenny’s the first female to have raced in the British Superbike Championship – she joined the premier class in 2011 – and this year she will be racing as part of the Honda Racing team alongside team-mates Dan Linfoot and Jason O’Halloran, aboard the Superbike-spec Honda CBR1000RR Fireblade.

“It’s surreal – it really is like a dream come true to ride with that team. I’m absolutely over the moon – it sounds clichéd but I have to keep pinching myself to remind myself it’s all real.”

Social media was full of congratulations for Jenny after the news was announced.

“I’ve been overwhelmed with messages and everything – on Facebook and Twitter – some people have even taken time out to write me emails to say how pleased they are and to wish me luck. I didn’t realise how much support there was – it’s been so nice.” 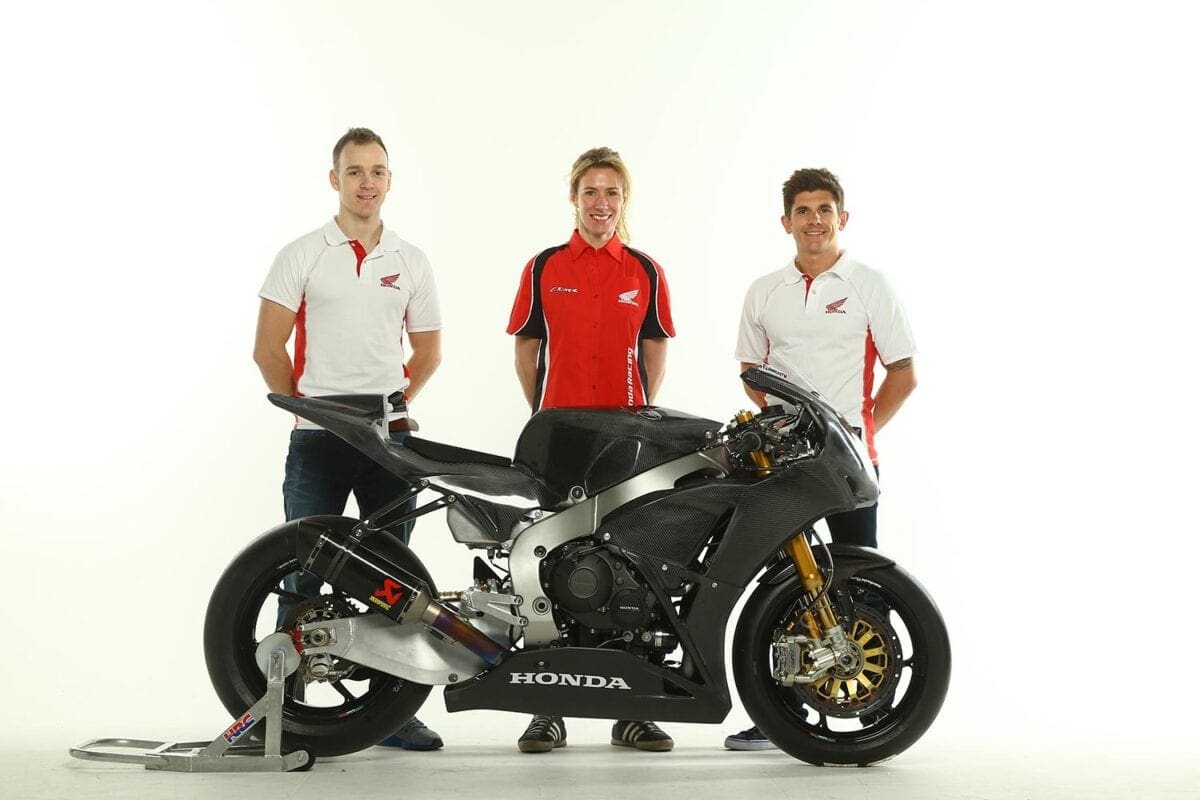 While the boys have been out testing the Honda, Jenny will be getting the chance in March.

“I haven’t been testing yet. I’m kind of like an extra rider so they’re having to get quite a few things in place like the bike and technicians. I will hopefully be going on the next test in March. I’m really looking forward to it – I can’t wait to get on the bike.”

After running her own team and working on her own machine, joining a large factory team will be a learning curve for the Cheshire-based racer.

“I have got a lot to learn this year – the team has so much knowledge. Having team-mates and data technicians – it’s going to help me a lot but I need to learn how to utilise that. Before, when it was just me running my bike, it was old-school as I just used to go out and ride, but now it will be technically-based, and we can set ourselves targets and progress that way. It will be a massive learning year for me. Obviously I want to do as well as I can. We know my lap times from last year so we can kind of guess where we want to be and what we want to do.”

Talking of team mates, what does she think of the guys?

“I have known Dan [Linfoot] for years – we used to race in the 125 Championship together. I’ve not had the chance to speak with Jason [O’Halloran] much but he seems ace. It’s really good and I am really looking forward to racing with them both.”

Jenny has achieved a number of firsts for females within motorcycle racing – holding the Isle of Man TT female lap record and being the first female to ride in the BSB Championship – what’s next on the list to achieve?

“I don’t really know! It’s so hard to try and plan ahead. For now I am just enjoying this season and trying to do the best I can. BSB was a really big thing for me, and something I really wanted to do. So, to ride in the Championship with this calibre of team is a huge achievement and something that I never thought was possible, so I’m just revelling in the moment and enjoying it!” 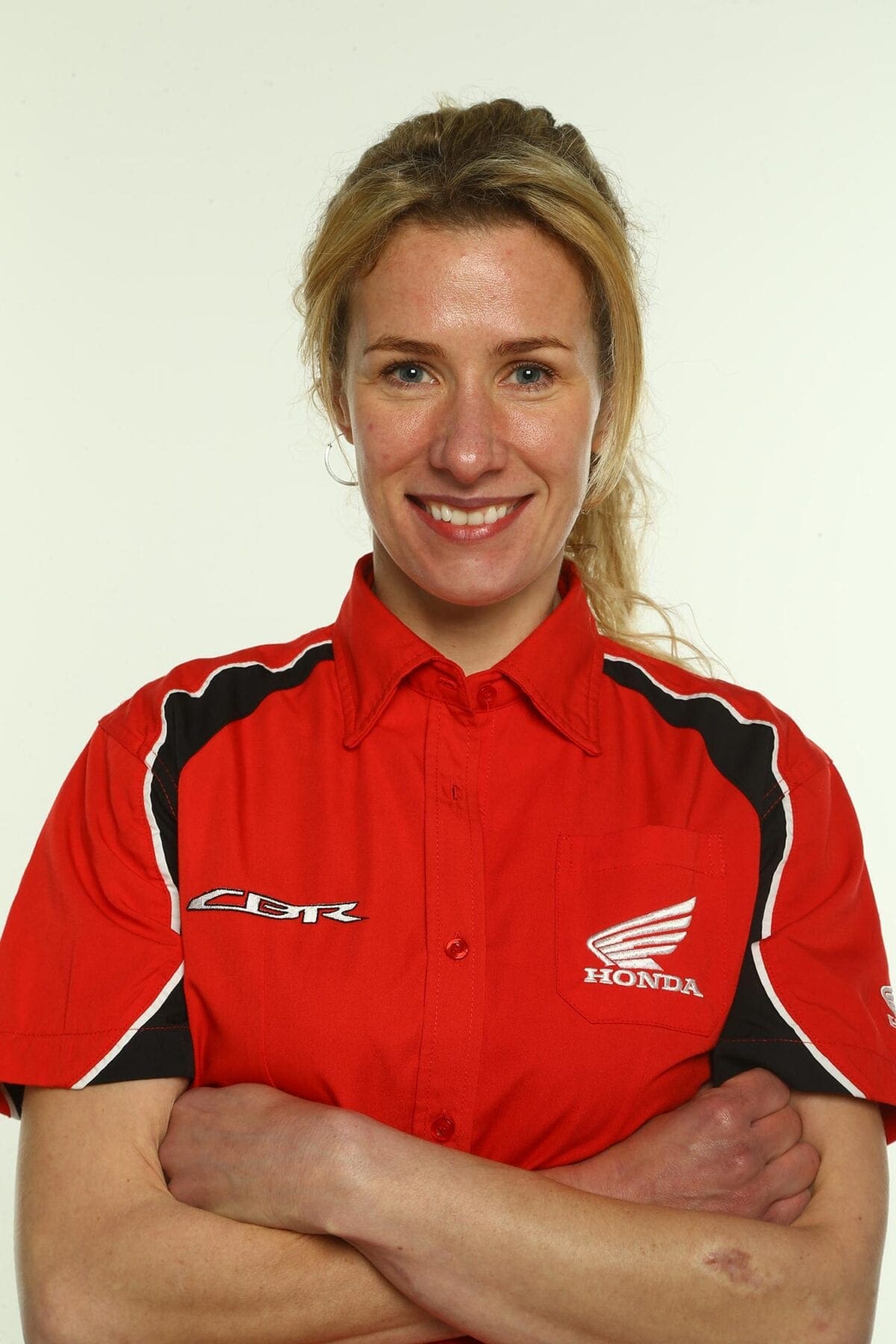