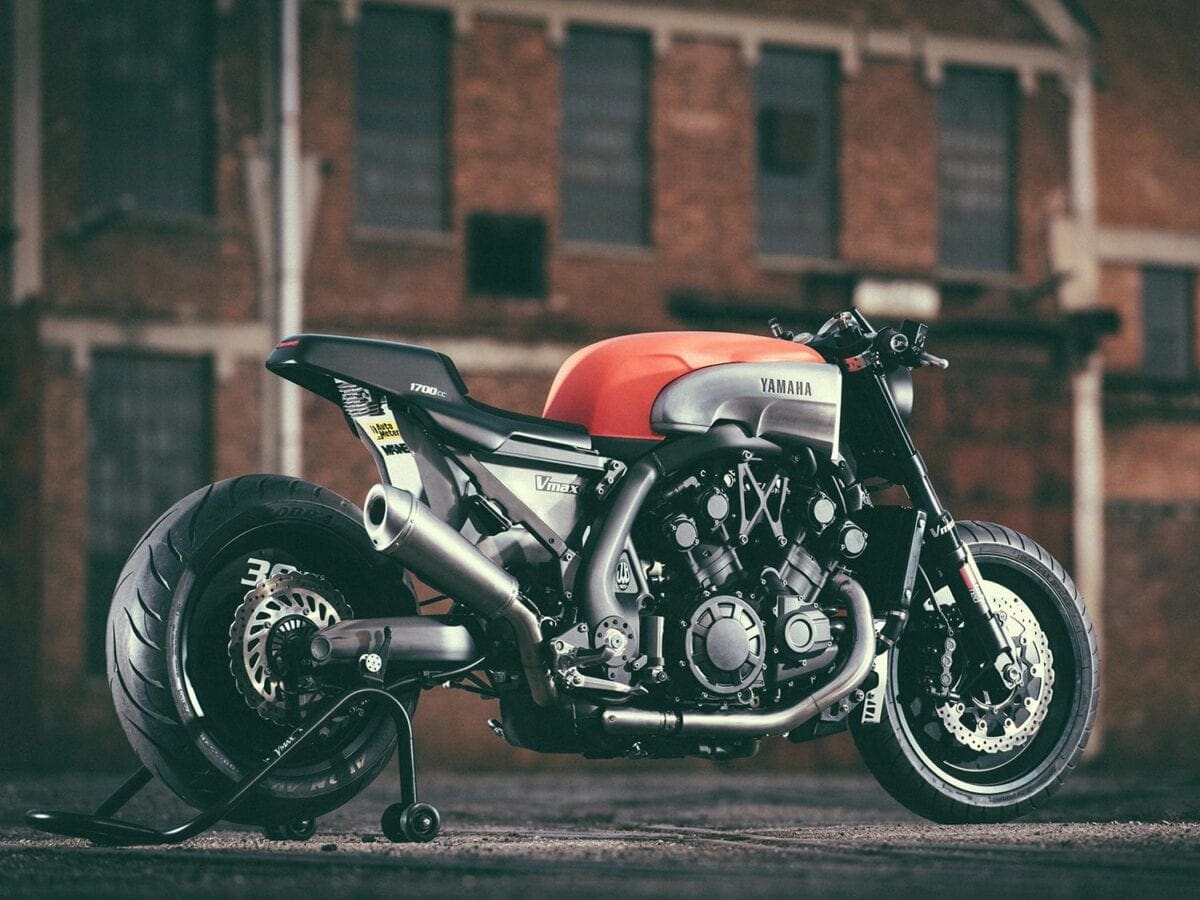 Yamaha’s Yard Built projects see the world’s top customisers adding their unique style to the Japanese company’s machines. One of these projects last year also led to the new-for-2015 XJR1300 and XJR1300 Racer. Now, 30 years after the Yamaha VMAX was launched, the company has revealed the first pictures of German Builder JvB-moto’s take on this 197bhp uniquely brutal cruiser.

While this is very much a one-off bike, there are two more custom builders – yet to be announced – so we wait with excitement to see what they produce.

The 30th anniversary of this future-classic was sadly tainted by the death of 85-year-old Kenji Ekuan, the designer of the original bike. The former Buddhist monk is also famous for creating the iconic Kikkoman Soy Sauce bottle and the Narita Express airport train. 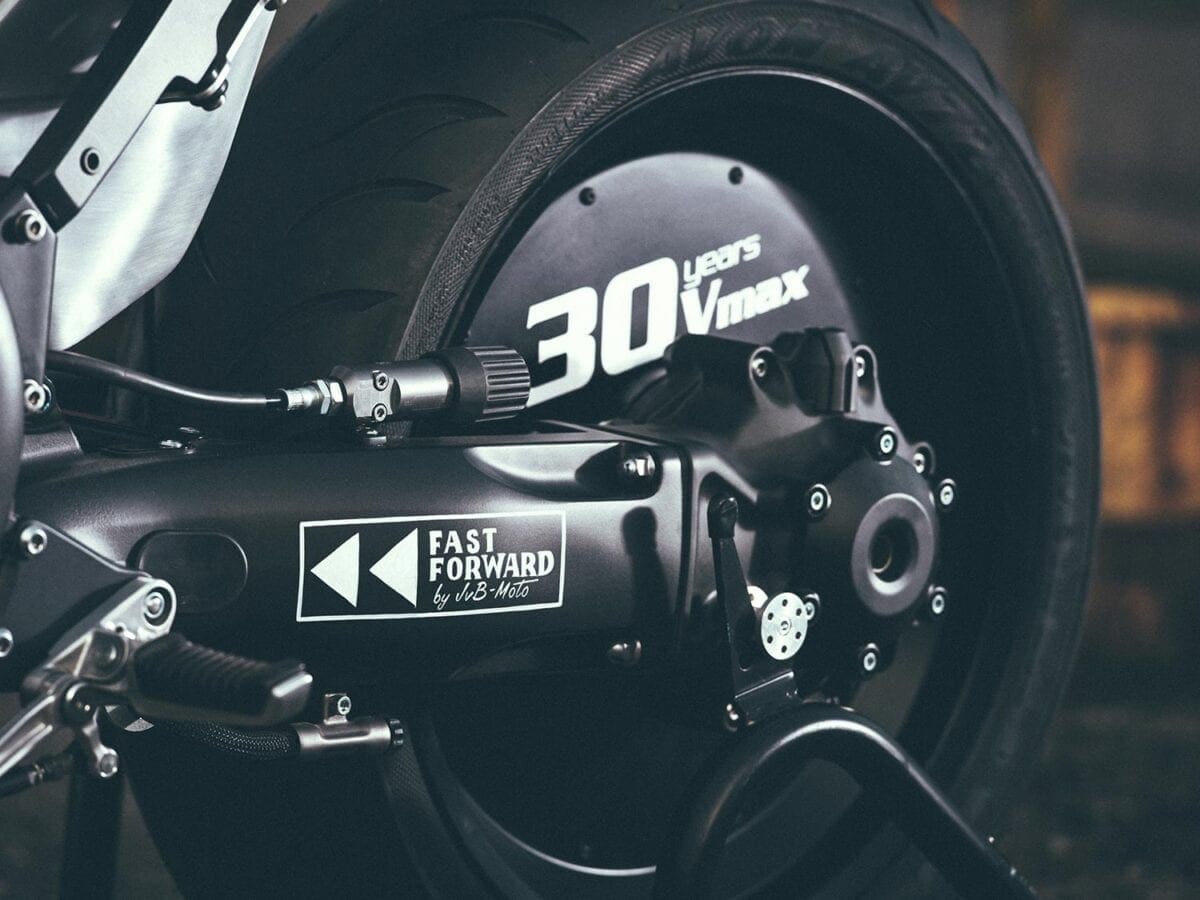 Cologne-based custom builder Jen Vom Brauck – owner of JvB-moto is a long-time fan of the VMAX, and credits the machine as one of the sparks that ignited his passion in motorcycles at the age of 15 in 1985. Despite not being available in Germany at the time due to its outrageous power, it has inspired JvB to this day, where he has finally had the opportunity to pour that passion into this stunning creation.

Jen’s vision for the VMAX Yard Built special was to transfer the stock VMAX into a radical dragster-meets-café racer concept, exaggerating the brutal power for all to see. A second key element in the design is a tribute to the 30-year history of the machine, encapsulating elements from the first roll out of the bike in 1985. 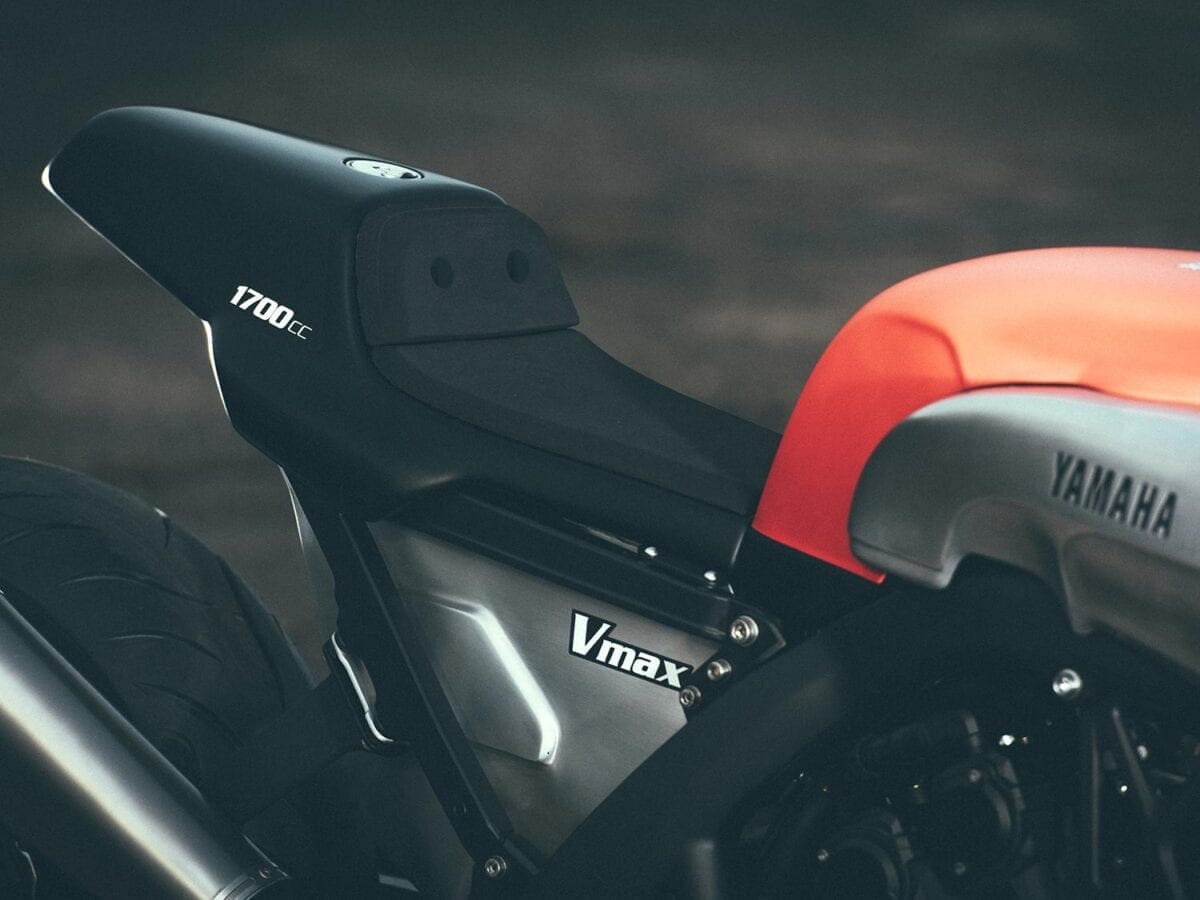 A custom carbon tank cover sits over a heavily modified airbox and electrics and is complemented by special air intake scoops crafted from stock aluminium units taken from the original 80’s VMAX. 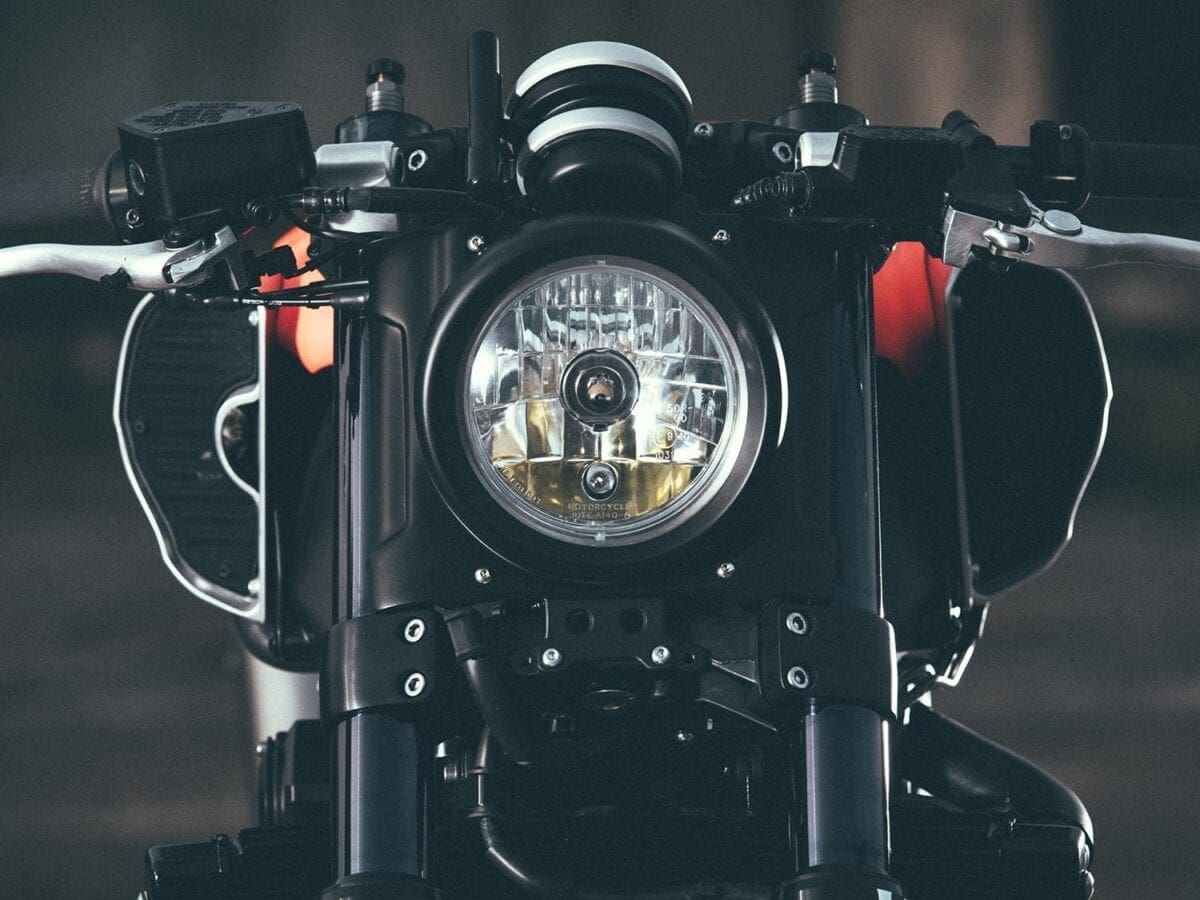 The craftsmanship continues with a handmade aluminium subframe crafted from bits of the stock unit and a custom fuel tank placed under the seat, also made from aluminium and holding the same fuel as the standard tank for an unspoiled riding experience – an interesting detail in a bike that could have the potential to influence a production machine.

The rear is finished with another JvB-moto signature piece – a custom carbon tail unit – handmade by Jens. The exhaust system is modified with a custom 4-1 collector and finished with a growling Termignoni silencer.

Reflecting the history of the bike, and of Yamaha, JvB-moto chose a retro colour scheme based on the livery of Yamaha’s 1985 GP team for real authenticity.

Every custom aluminium and carbon part on this Yard Built special was handmade by JvB-moto, blending the VMAX story with the German builder’s signature style.

“The Yamaha VMAX has been an icon without rival since it burst onto the streets in 1985 as the ultimate drag racer inspired street bike,” commented Shun Miyazawa, Product Manager, Yamaha Motor Europe. “It was immediately a favourite with fans across the world, not only in its standard form, but also as a base for personalization and customization. To respect the culture that has grown around this icon we’ve chosen to celebrate 30 years of the VMAX by working with three highly respected custom builders to create three VMAX specials that will inspire not just Yamaha, but also owners of the VMAX and those who maybe want to own one. We’re starting this exciting anniversary build year with cult German builder JvB-moto. We are huge fans of his work, and feel his minimalistic, industrial style fits well with the VMAX. The results are clear; the Yard Built ‘INFRARED’ pays homage to the origins of the VMAX but also hints at the performance of tomorrow.” 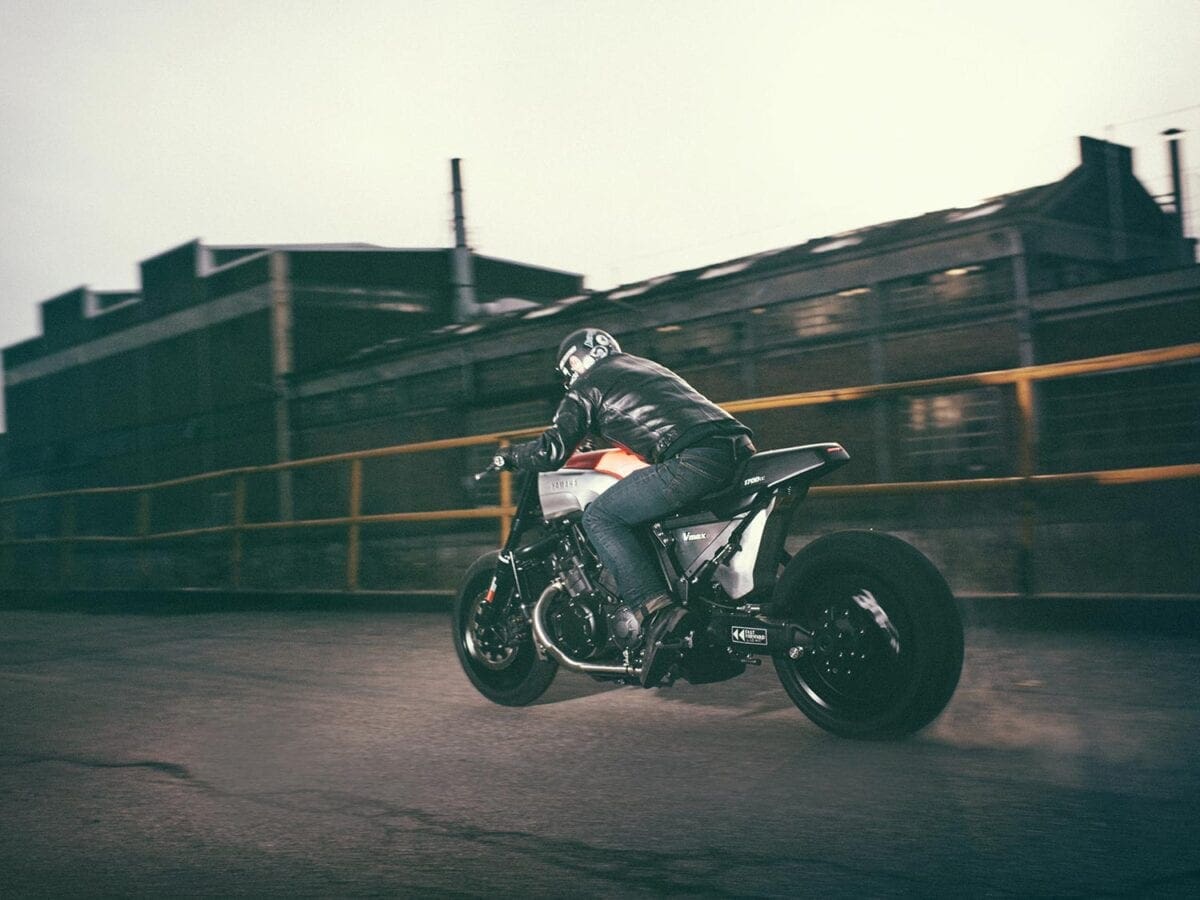 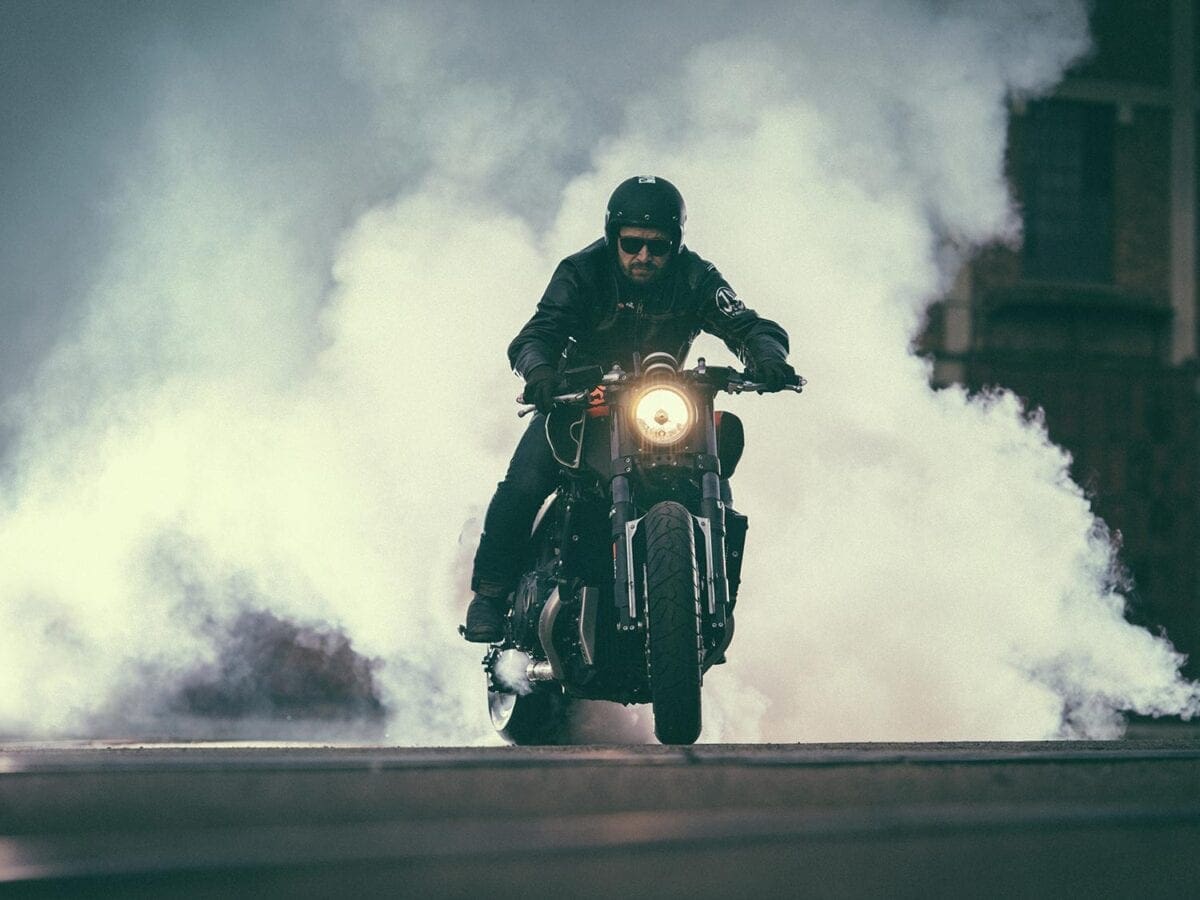 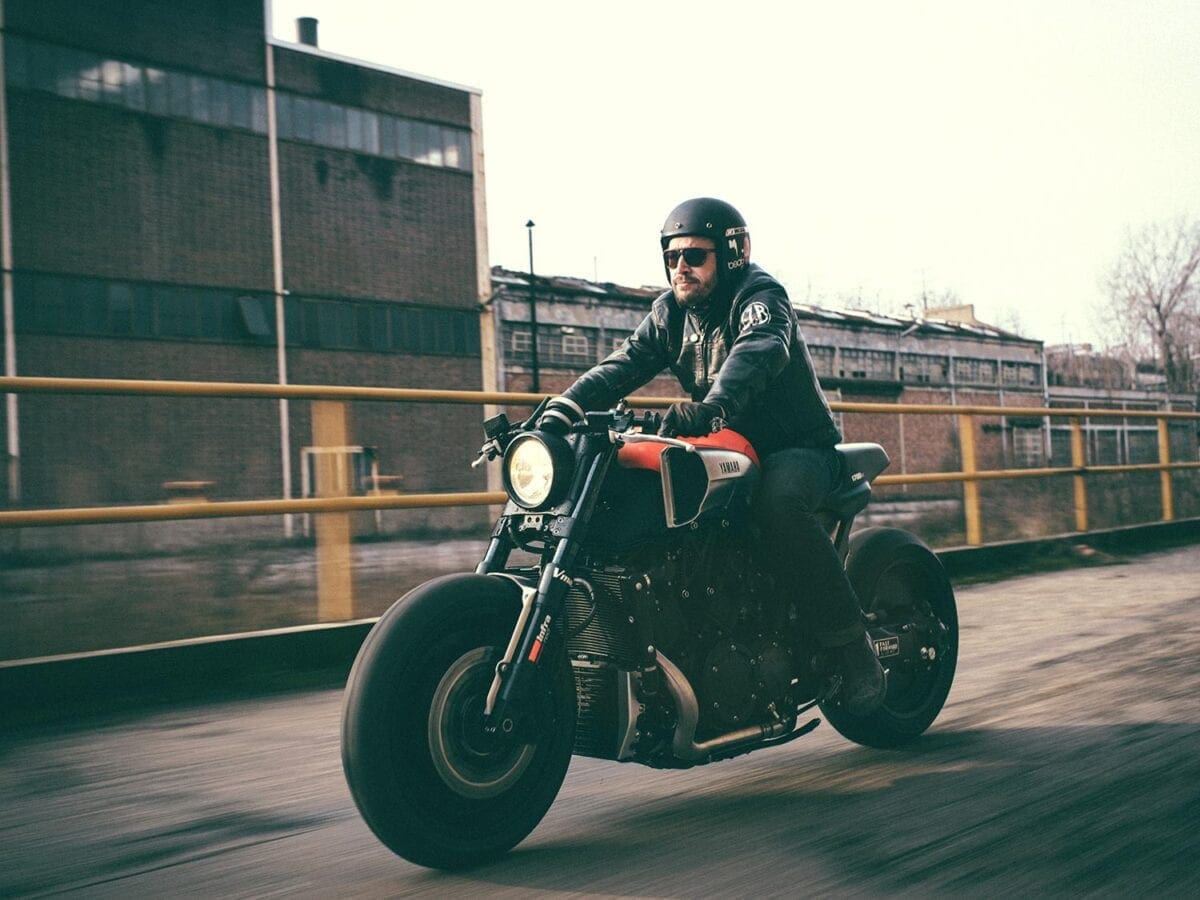