A charity motorcycle ride which raises money for blood cancer charities is set to make a return in April.

More than 100 riders braved torrential rain for the inaugural BONE-shaker MARROW-thon ride, which was held in March last year.

As well as attracting the attention of television news crews, owing the organiser’s battle with leukaemia, the ride raised more than £2,000, which was shared between Cure Leukaemia, Anthony Nolan and the Queen Elizabeth Hospital Birmingham.

Organiser Katherine Sinfield [34] – who is now in remission from the disease – said: “We knew straight away that the BONE-shaker MARROW-thon would have to make a return in 2015. We’re holding the ride this year on Sunday, April 19, and it promises to be bigger and better – we have 150 bikes signed up already”.

“The format of the ride is almost identical to last year. We’ll set off from the Queen Elizabeth Hospital in Birmingham at 11am and make the 35-mile ride back to Burton-on-Trent. Last year the ride finished at a football stadium, but we wanted a more central town centre location for the ride to end this year. And as Burton is the World’s beer-brewing capital, what better place is there to finish than at the National Brewery Centre?”

The ride is open to all motorcycles, trikes, scooters, mopeds and vintage machines. A second learner-friendly meeting point has also been arranged at the Bassett’s Pole island near Sutton Coldfield.

Riders are asked to make a £5 donation to ride and a fund-raising raffle will be drawn on the day. For more details visit www.boneshaker-marrowthon.com or find the event on Facebook. We’ll see you there…

Katherine Sinfield was diagnosed with Chronic Myeloid Leukaemia in April 2013. After months of chemotherapy and radiotherapy she underwent a stem cell transplant in October 2013. 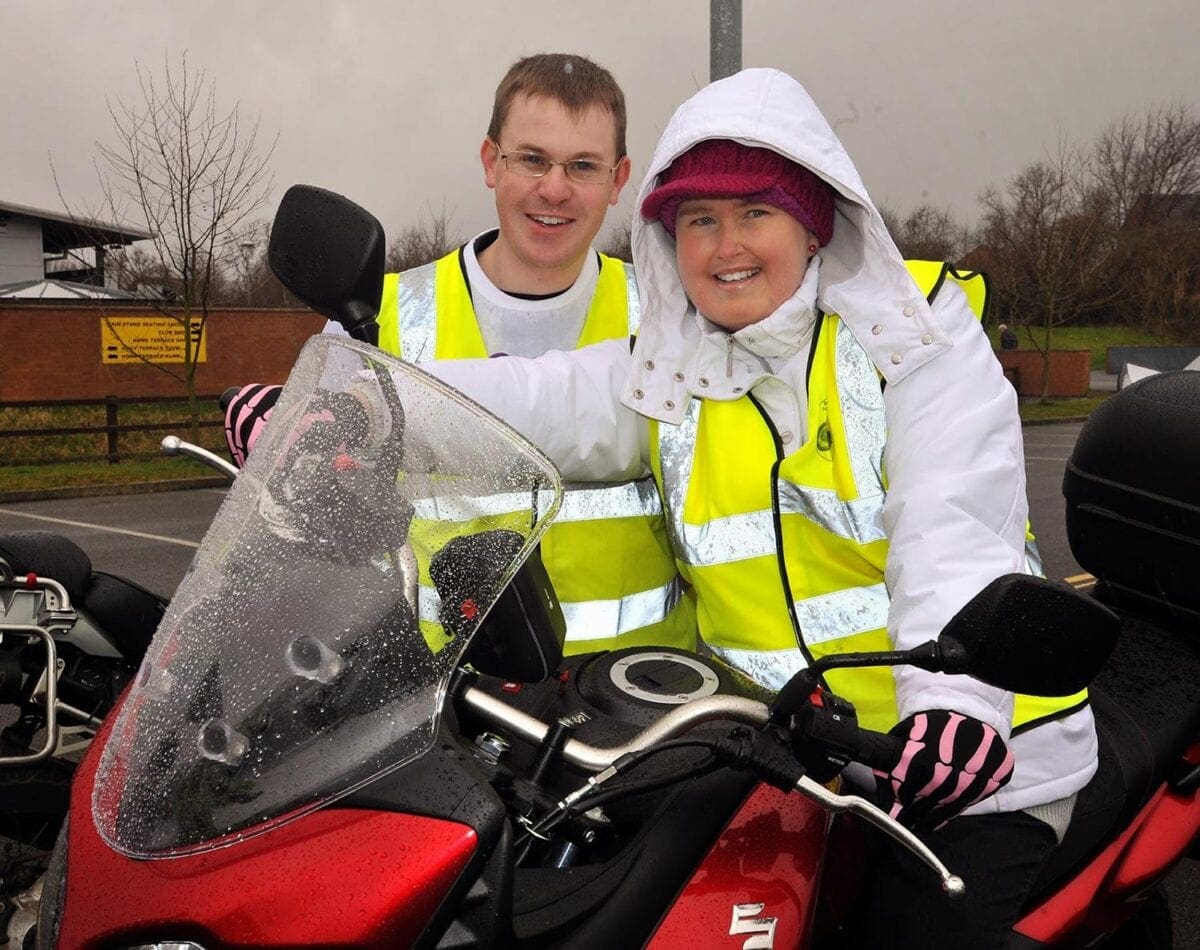 Katherine is renowned for raising awareness and funds for blood cancer charities. She reached the final shortlist for a Pride of Britain Award in 2014 and news footage of the BONE-shaker MARROW-thon from the first ride in March was used in her television interview. See link to ITV Pride of Britain story below:

The ride last year was led by Katherine’s husband Stephen, 35, a regional newspaper journalist. This year, Katherine hopes to join the riders by riding pillion on a trike (the couple are currently in talks to secure a trike for the day).
The ride starts at the Queen Elizabeth Hospital in Birmingham, since this is where Katherine received her treatment and continues to be monitored. The route makes a ride-past the Queen’s Hospital in Burton, where Katherine was diagnosed, before finishing at the National Brewery Centre. http://www.nationalbrewerycentre.co.uk/

A Virgin Money Giving page has been set up for the ride at: http://uk.virginmoneygiving.com/fundraiser-web/fundraiser/showFundraiserProfilePage.action?userUrl=boneshaker