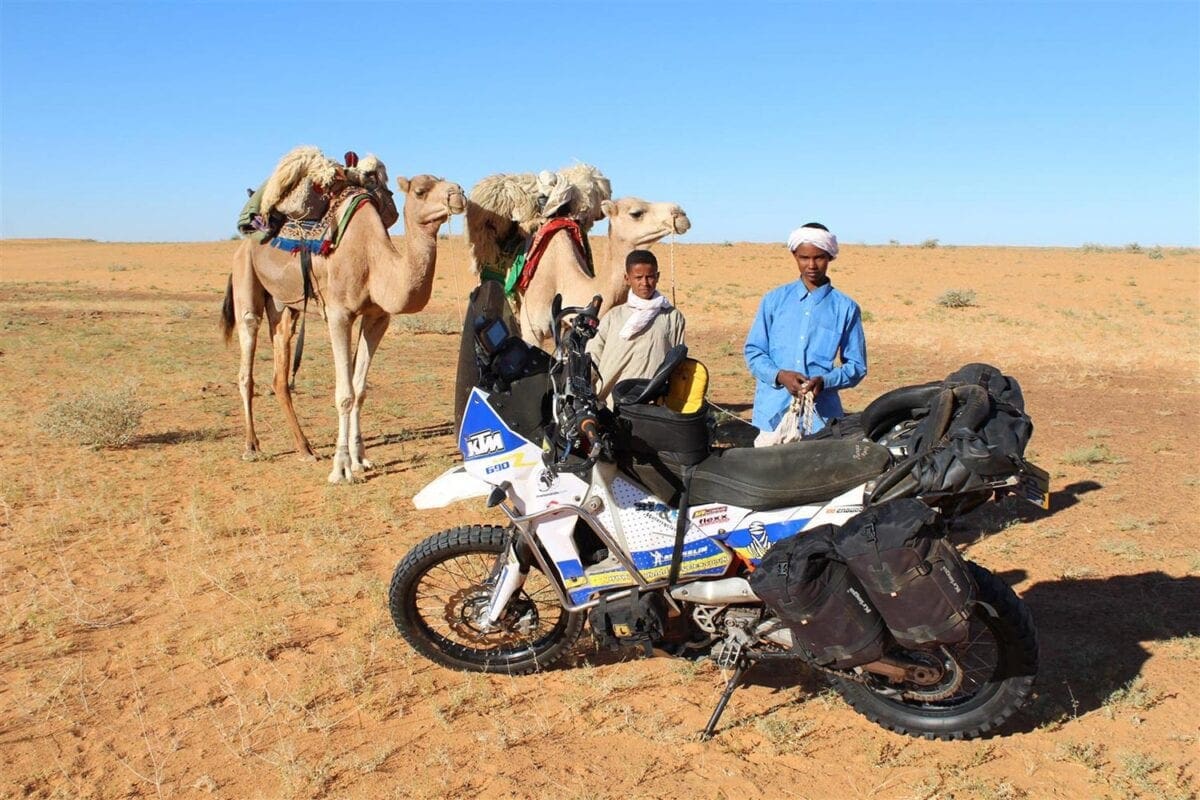 Despite having very little true off-road riding experience, ‘Overland Rider’ Jonathan Blackburn did not let that stop him from embarking on a journey of a lifetime as he rode from England to Cape Town, South Africa.

Using a modified KTM 690 Enduro R – kindly supplied and prepared by P&H Motorcycles (who also prepped his essential adventure kit) – Jonathan set off in late 2013, in support of two well-deserved charities; the Multihelp Trust Orphanage and Riders for Health. 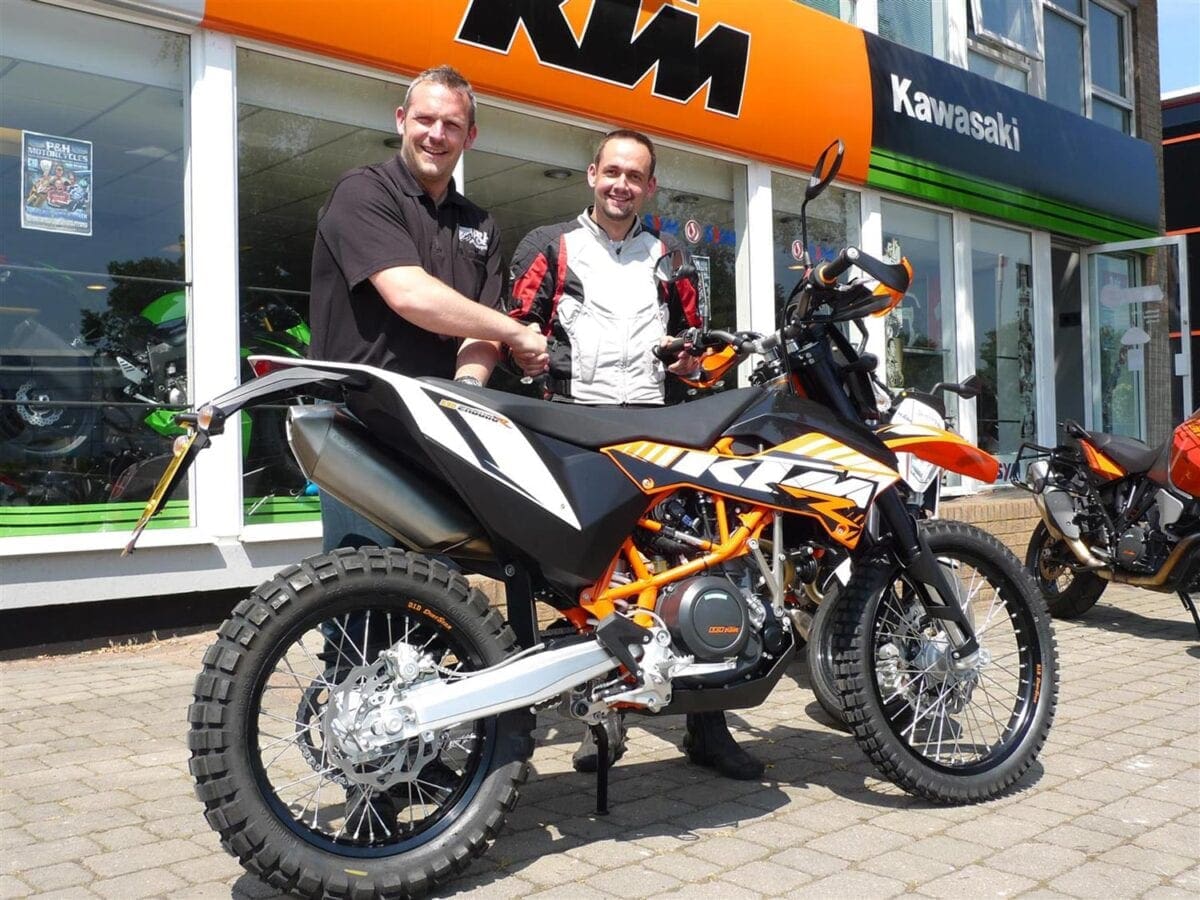 Over the next 14 months he experienced some of the world’s harshest terrain, the kindness of complete strangers, epic sand dunes and some spectacular views as he clocked up an impressive 62,000km on the KTM!

Now back in the UK, we caught up with Jonathan to find out about his epic adventure…

How did you cope with the range of climate changes?

Put simply, vented mesh motorcycle gear and a Camelbak! Apart from the first leg through Europe and the last in South Africa it was warm, ranging from 25°C to 40°C for the majority of the time. It’s important to drink a lot, and in many African countries they sell these little sachets of water which are so convenient. 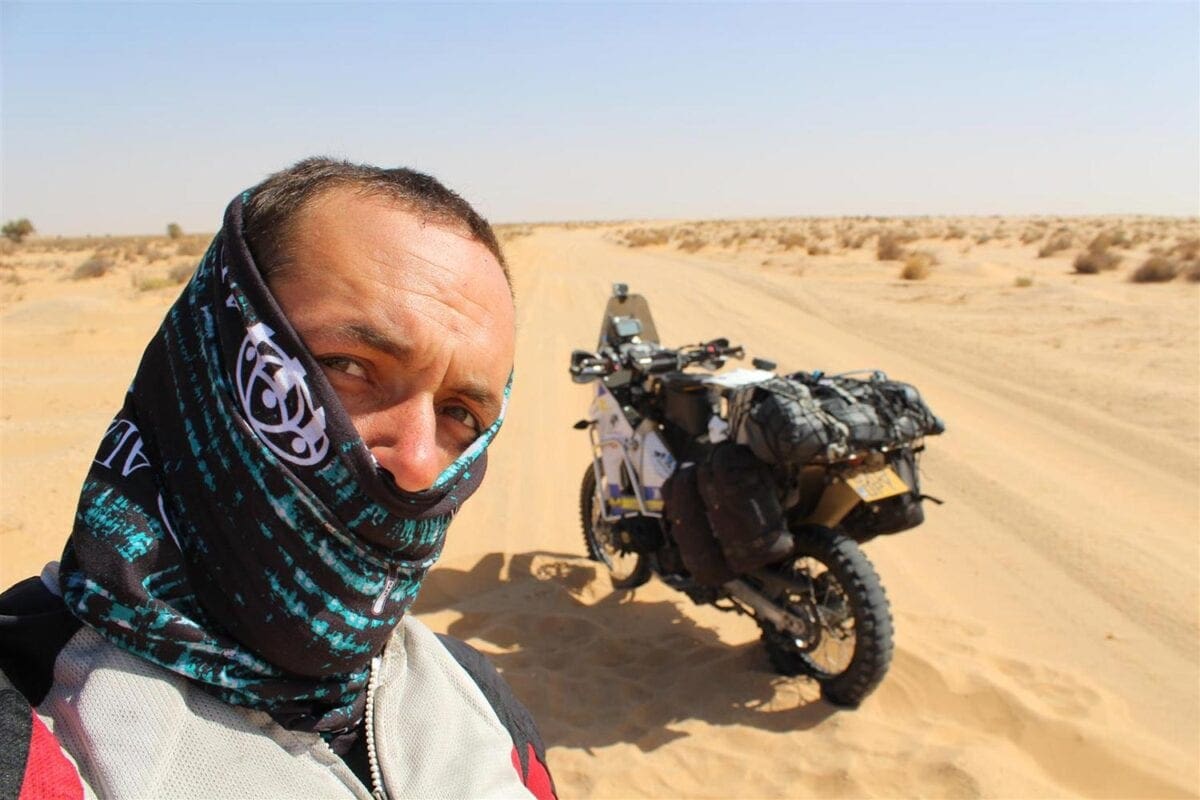 What were the biggest challenges?

Without a doubt crossing the width of Congo (DRC) was the toughest challenge. Congo is hard to summarise with words, but it really tests you physically and mentally. There were 3 days when we averaged 35 miles in a full day of riding. If I had any advice, it would be to leave the big motorcycles at home and forget about using 2nd gear; the sand and deep tracks will test your patience and endurance to the max. Stopping in small villages in the middle of nowhere where all white people are met with greetings of “Chinese, Chinese” does bring a smile to your face though. 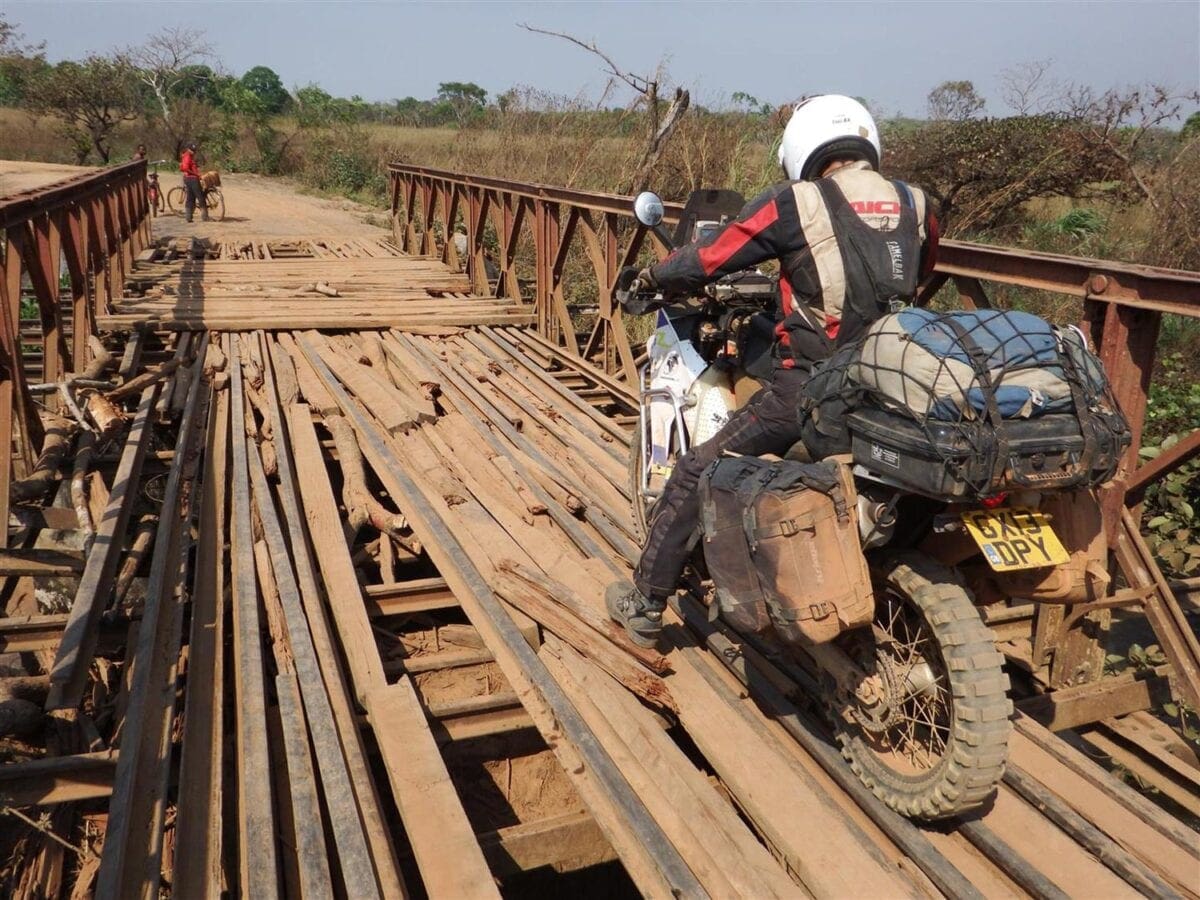 Corrupt customs officers en-route who want their pound of flesh, along with having a crowd of 100 people flock around you at the petrol station did get quite tiresome after a while. Best to enjoy that moment though, as the rest of the time you’ll be filling the tank from some very dodgy looking 1L bottles on the side of the road. It’s all practice to improve your bargaining skills! 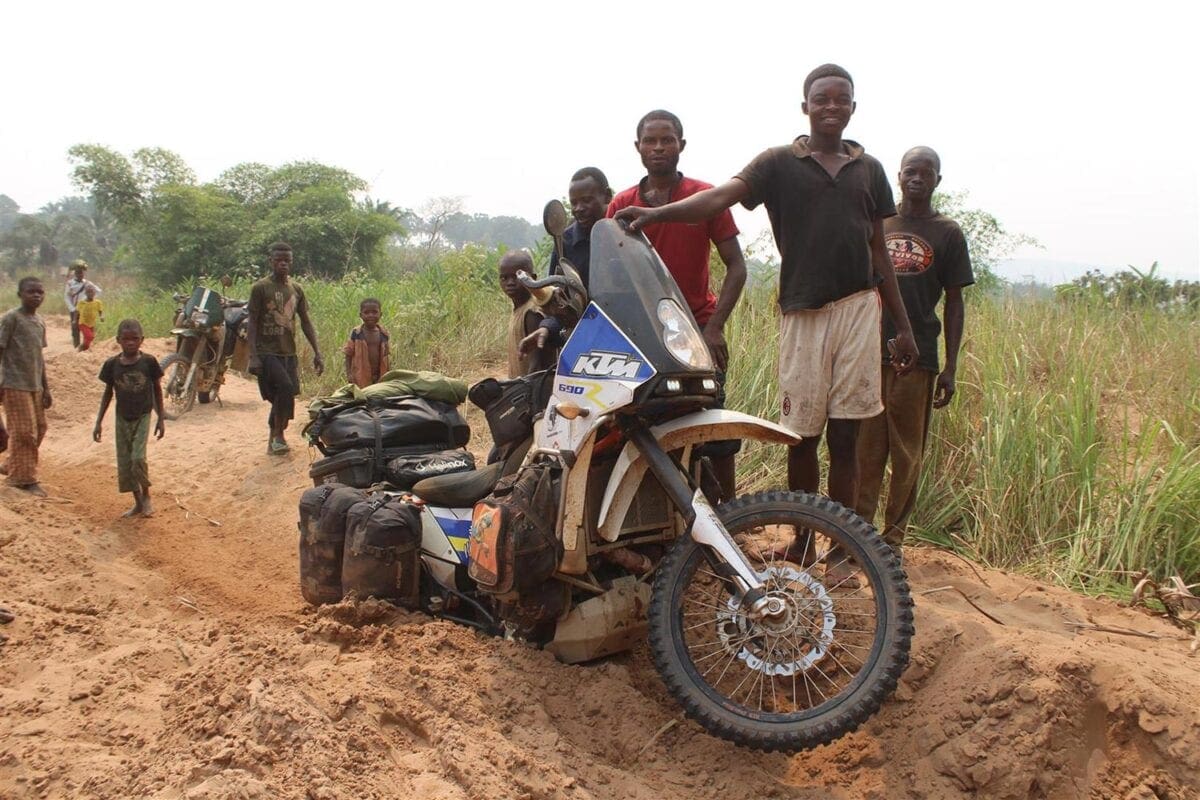 So a massive undertaking, did you have any doubts in advance?

The days leading up to leaving the UK were quite stressful. I delayed departure several times and ended up falling behind the people I was hoping to ride with who were already in Morocco. The pressure of rushing to play catch-up was a little overwhelming, but after a short time on the road I found peace in riding alone. In the end I don’t regret doing it solo, it’s the best way to meet people on the road. 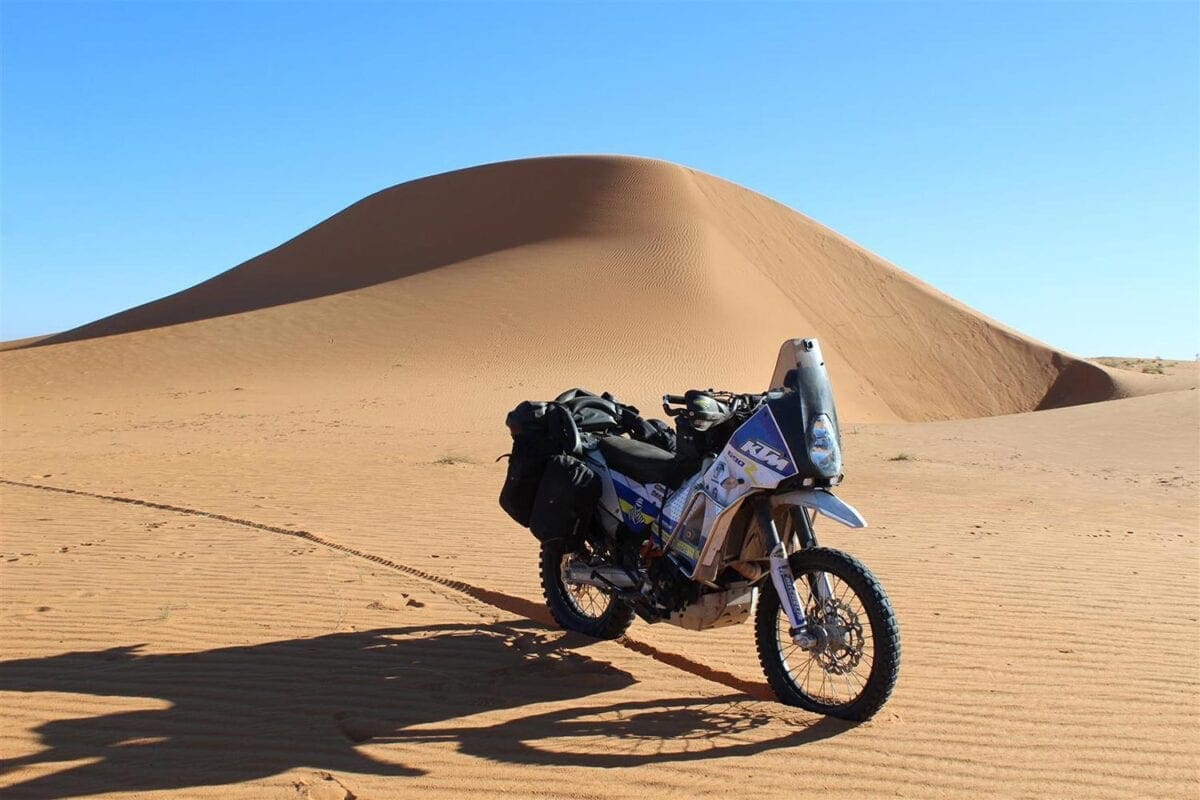 Riding the dunes looked amazing, it must have felt like you were riding the Dakar Rally?

Riding dunes for the first time is a great, but very intimidating, experience. It all goes well until you mount a dune only to have the bike fall from under you on the other side. A solo crossing of the Mauritanian desert on the old Dakar piste to Atar will be a trip I’ll never forget. It’s like riding the Dakar, except there are no fuel stops, helivac or people looking out for your safety. Having put most of my luggage on the iron ore train in the vague hope it might re- appear at the other end, I set off against warnings of sand storms with 3 of 4 pannier pockets full of 5L old bottles filled with petrol, and very little else except food, water and a tent/sleeping bag. I did wonder about my sanity!

Despite some hairy moments, some good crashes and a few moments where there was no choice but to pin it… I arrived at the finish line exhausted, but still in one piece. Epic. Imagine doing that in the Dakar, day after day at racing speed. Awesome. 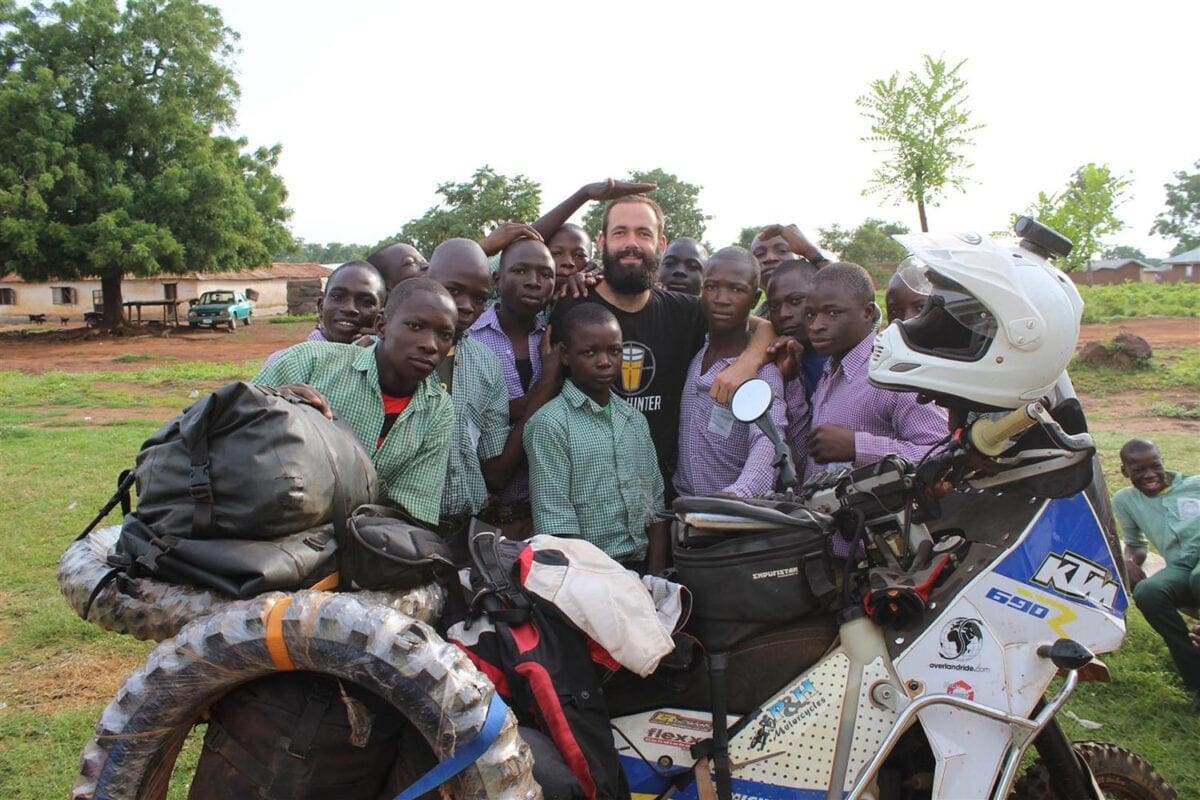 Did you sometimes think “I wish I had brought one of those”?!

To be honest except for a few experienced overlanders, most people start off on an adventure with WAY too much stuff, thinking that the civilised world stops at the tip of Spain. In one sense it does, but the truth is that you need very little for an adventure like this – the essentials being a good tool kit and a well-equipped first aid kit. The majority of the time a good spirit and a keen eye to look for ‘out of the box’ solutions is what’s needed. The only difficulty was finding high spec fully synthetic oil, and ‘big bike’ tyres. The best bike would be a little Indian or Chinese 125cc of course!

Whatever you do, don’t forget your smile. It’s the best tool you’ve got and opens doors you’d never believe. Growing a big beard was a laugh too, besides being called every name in the book from Moses to Bin Laden, I’m sure it helped! 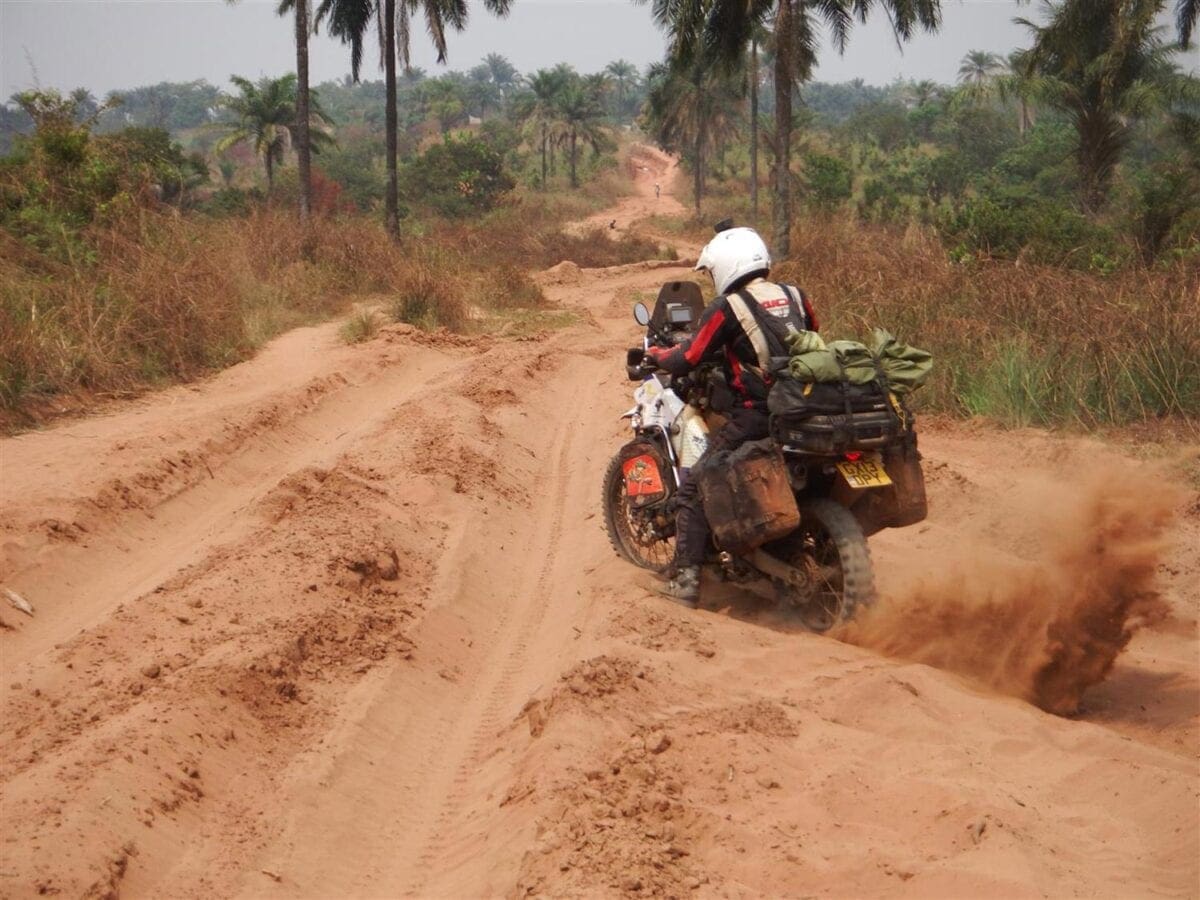 Is there one moment that really stands out as a special memory of the trip?

Not really. Having spent most of the long trip never really thinking too much about reaching the goal, the day it happened came as a bit of a surprise. Completing the trip by competing in the Amageza 5 day rally was a particular highlight, and I’ll never forget the feeling of standing on the finish line on the most perfect of Cape Town evenings, overlooking Table Mountain. 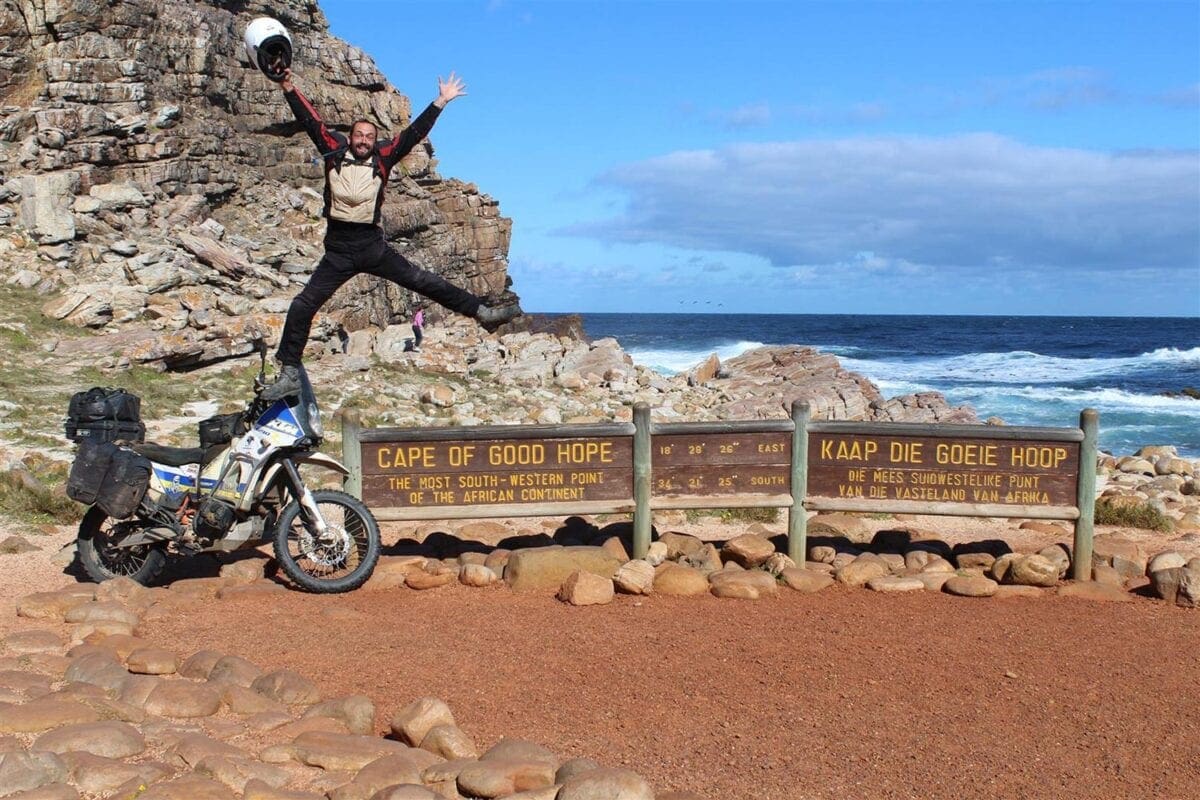 Not really! The overwhelming majority of people are open, friendly and up for a good laugh. They’ll smile, help you and will for sure be interested in your bike. Be quick to have a good chat with most of the officials and it will pave the way for a smooth ride; learn your place, and don’t take unnecessary risks. The rest will just flow – on reaching the more civilised southern African countries, I started to miss the good chaos and energy of West Africa. Good times! 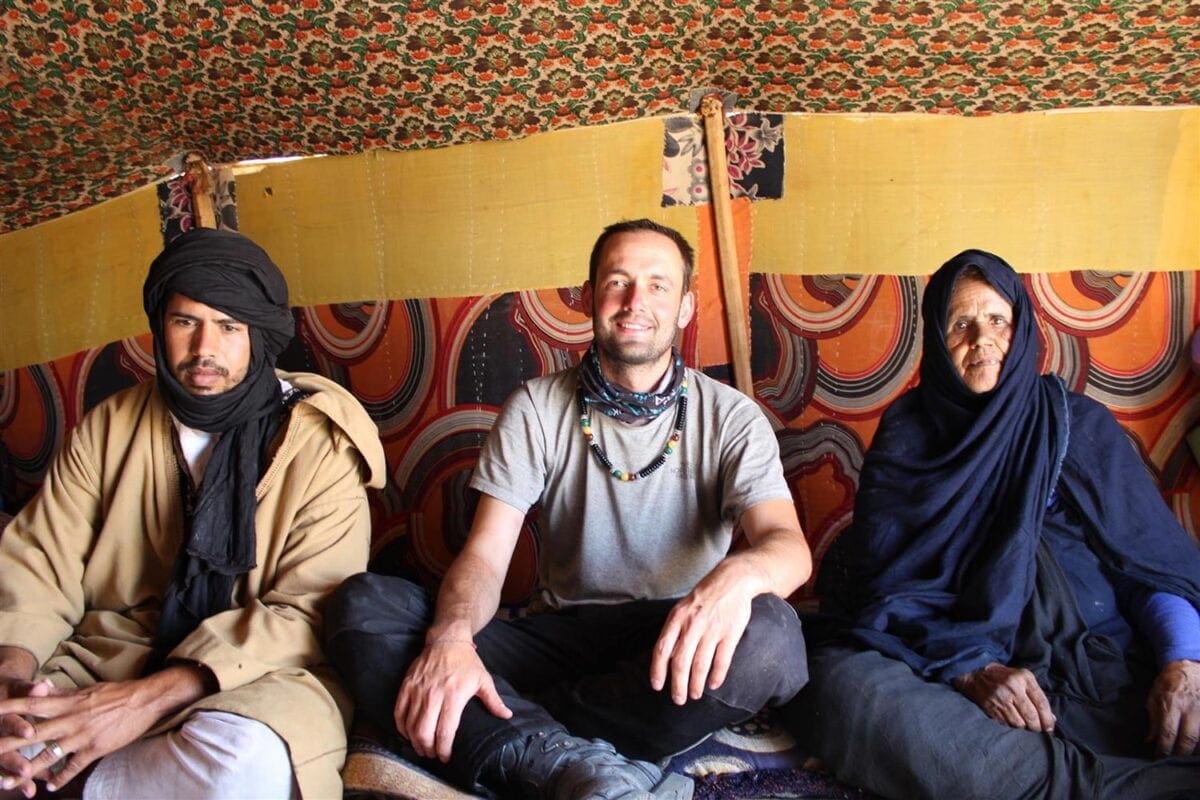 Now you are back, what’s your next adventure?

Who knows, but what I do know is that next time I won’t be taking a heavier bike for sure. Argentina beckons. For all those wondering about a trip, do your research, make a plan and…. Ride! 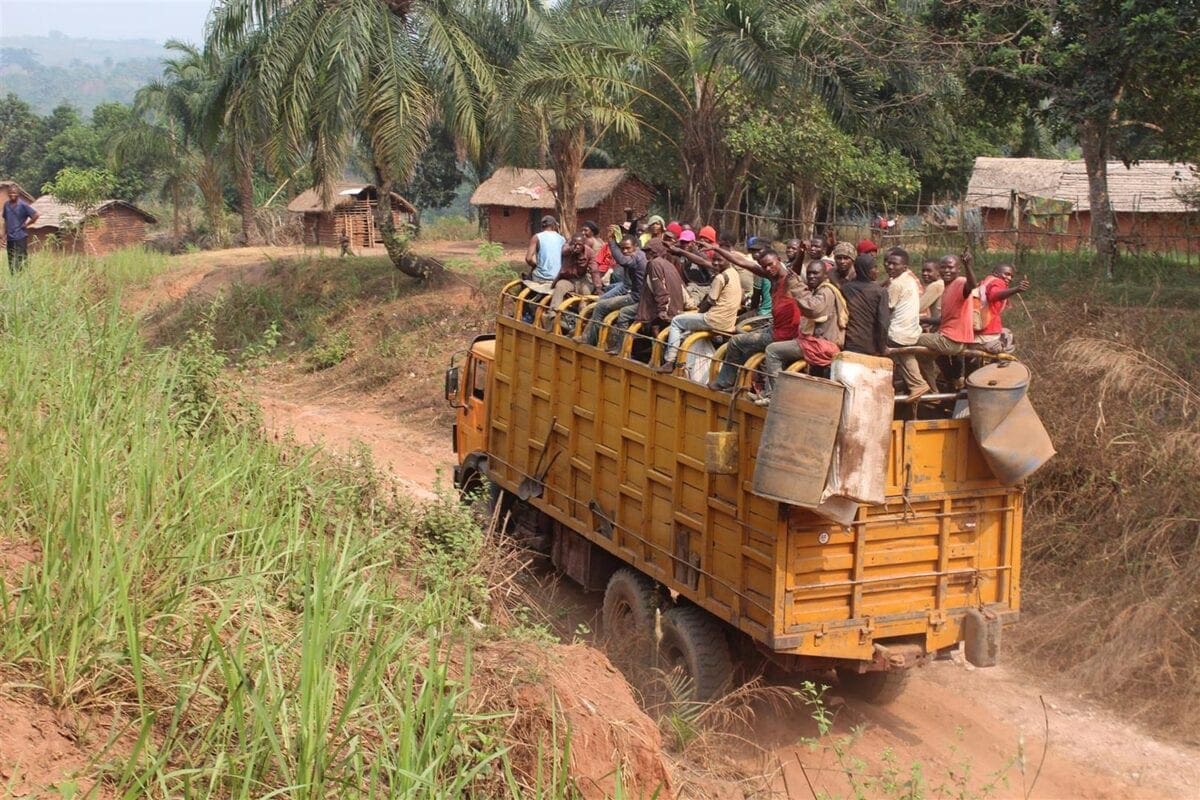