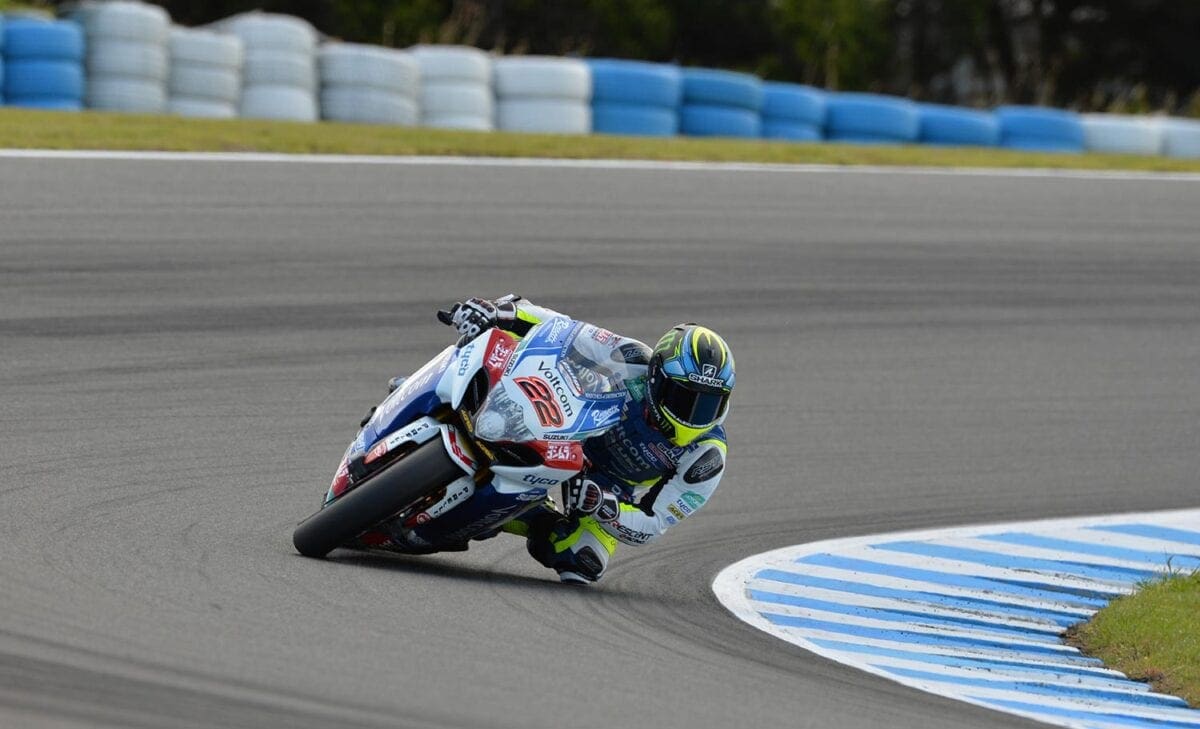 Two 120-minute sessions kick started the WSBK Official Test at Phillip Island, with Alex Lowes (Voltcom Crescent Suzuki) sitting pretty atop of the combined times.
With almost perfect weather conditions the 25 protagonists who will do battle in Sunday’s 22 lap-races relished the opportunity to fine tune their machines across the opening two timed periods. 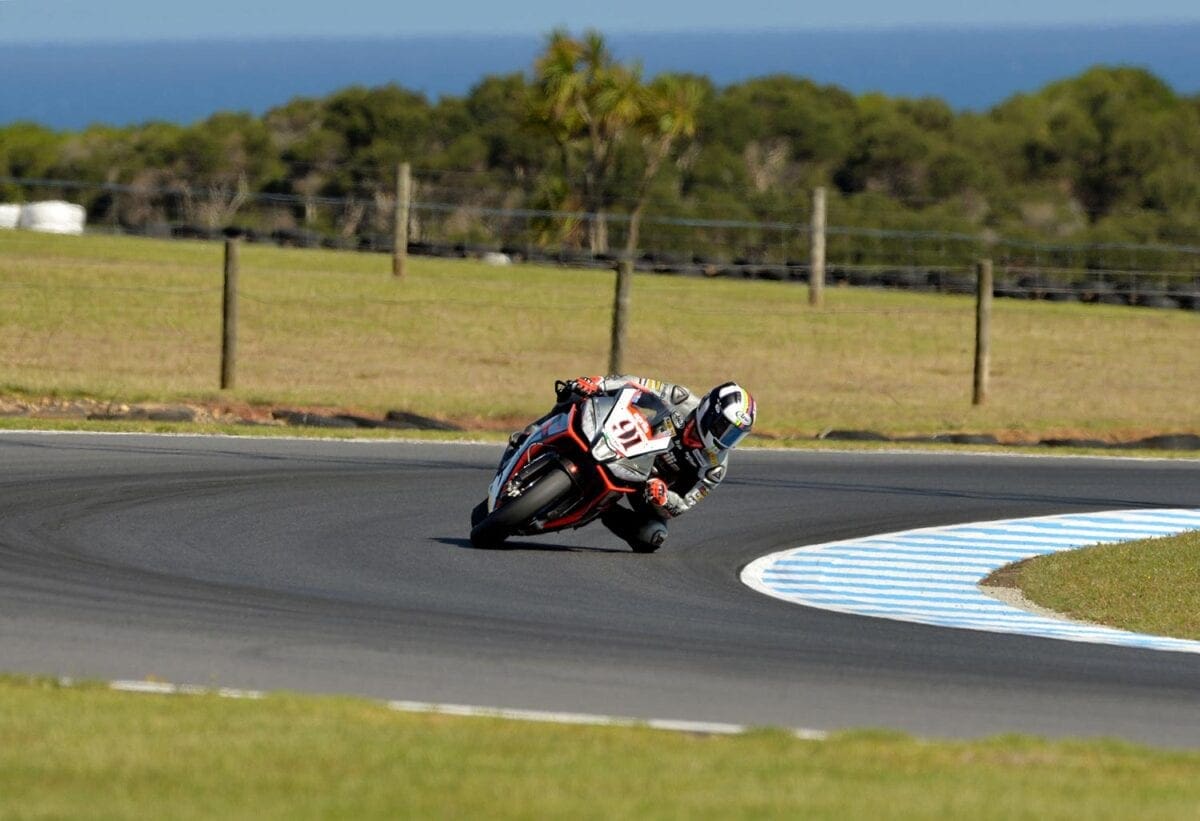 Ex MotoGP racer Randy De Puniet (Voltcom Crescent Suzuki) led the field for the first 74 minutes of the day before Leon Haslam (Aprilia Racing Team – Red Devils) and former World Superbike Champion Tom Sykes (Kawasaki Racing Team) each took their turn at the top, but it was in the afternoon when the times really tumbled. The Frenchman crashed at the high speed turn 11 in the closing minutes of the afternoon, sustaining bruising and took no further part in the day’s proceedings. Jonathan Rea (Kawasaki Racing Team) ended the first 2 hours on track a fraction ahead of his team mate Tom Sykes. 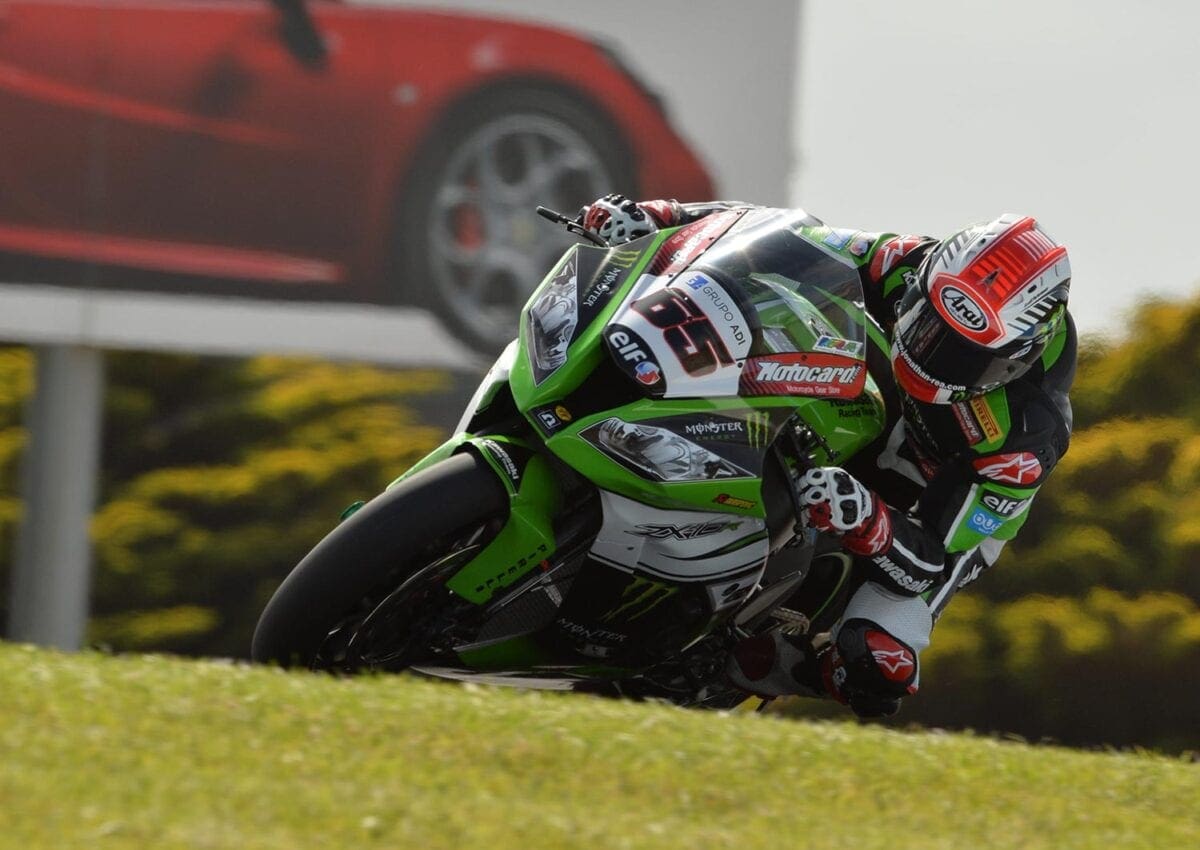 In the early minutes of the afternoon, Italian Davide Giugliano (Aruba Ducati SBK) crashed at the fast turn 11. He was unable to rejoin. When the circuit re-opened it was former World Champion Tom Sykes who produced a run of fast and consistent laps to close the gap to his new team mate before a number of riders set personal improving laps.

With 2 minutes to go Alex Lowes (Voltcom Crescent Suzuki) unleashed the fastest lap of the test so far to edge session one pace-setter Jonathan Rea by 0.331s.

Leon Haslam also improved late on, displacing Sykes who ended day 1 in 4th overall ahead of the impressive Spanish rookie Jordi Torres (Aprilia Racing Team – Red Devils) and Davide Giugliano whose time from the morning kept him in 6th. Sykes did however have the accolade of completing the most laps – 72 in total.

The new-look Team Hero EBR squad of Niccolò Canepa and Larry Pegram were in fine form with Italian Canepa claiming an encouraging 14th at the end of 4 hours of testing.