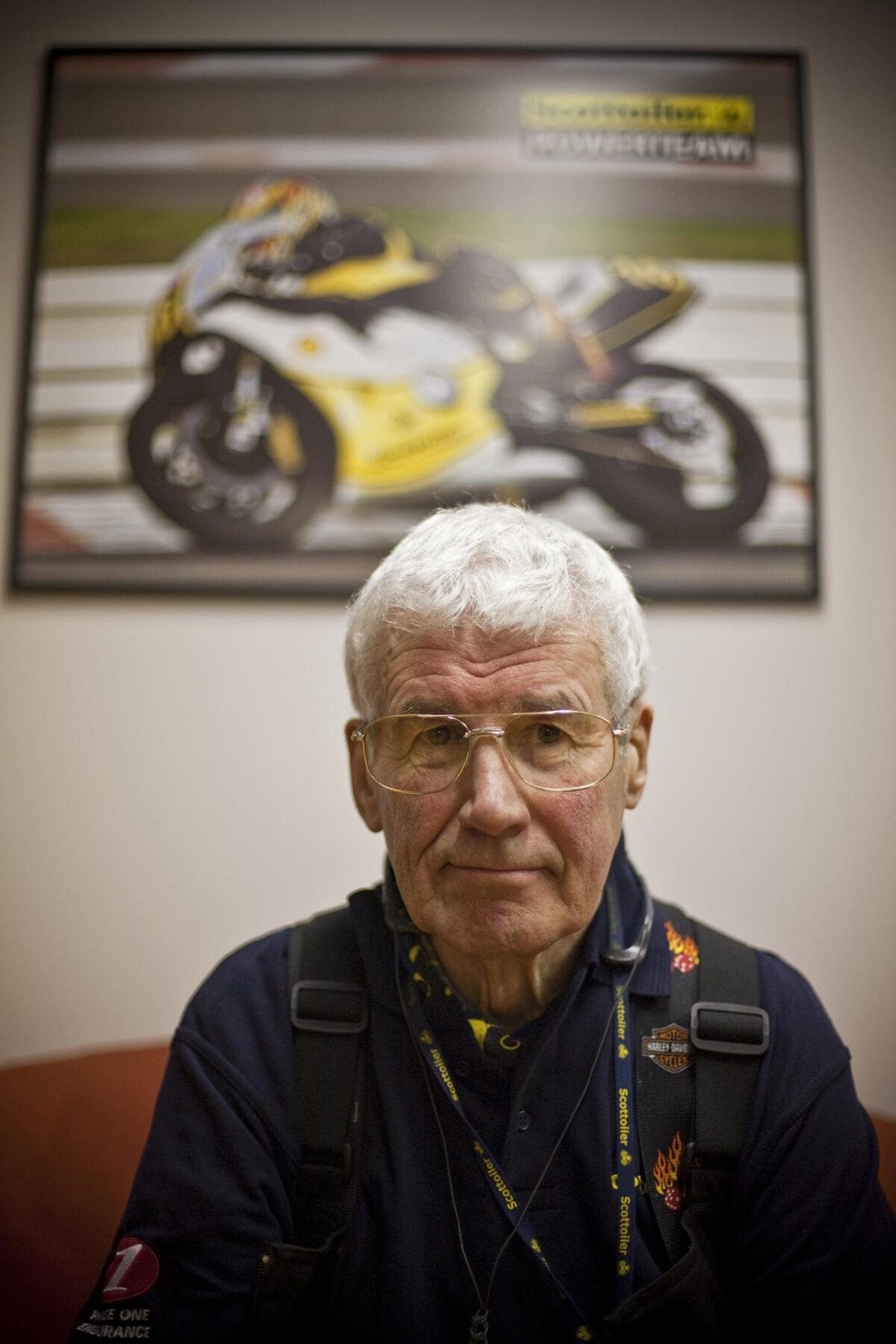 Fraser Scott – invented of the Scottoiler

30 years ago Fraser Scott first presented his invention the Scottoiler – an automatic motorcycle chain oiler – to the public at the Motorcycle Live Show in Birmingham. Now, 30 years later, Scottoiler is an established brand in the motorcycle industry with global market penetration. “Motorcycles have always been central to my life” said Fraser. “My first memory was being a tank-top passenger, and falling off, my dads’ Triumph Twin. This was in 1937 when I was two years old. From then on I was obsessed with bikes. I used them to go on camping and hill walking trips, and then scrambling kept me busy for a few years, until, for my sins, when I was 42 years old I invented the Scottoiler.”

R&D Manager Stephen Hood says “The recession has hit the motorcycle market hard but we see signs of recovery. Our products help every motorcyclist to spend more time on the road and less time in the garage. A Scottoiler chain oiler system is still the best way to save hassle, time and money when it comes to motorcycle maintenance.” 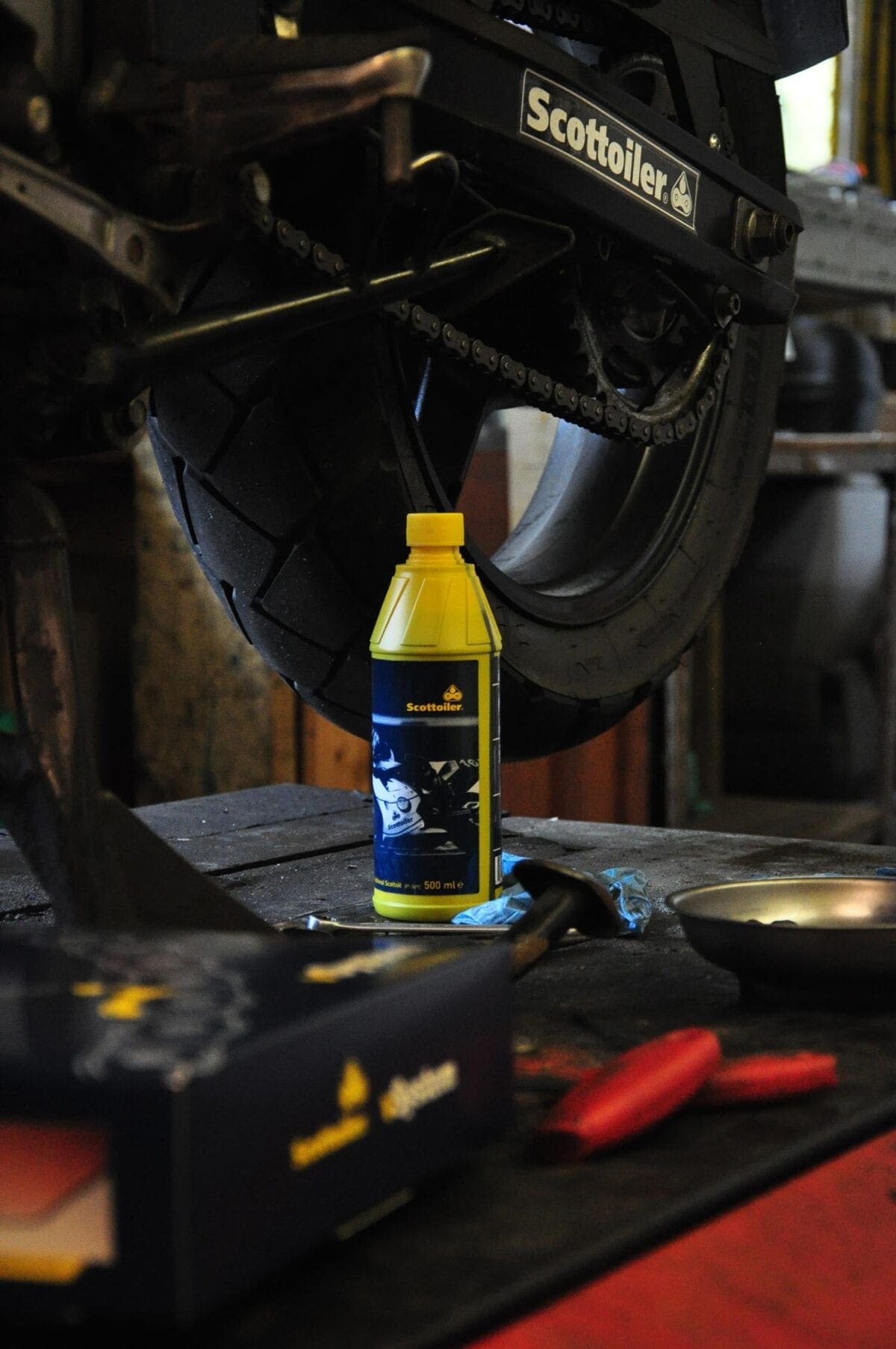 In 1984 Fraser launched the system into a collapsing motorcycle market with limited success: “For five years I worked on perfecting the Scottoiler. In this time I realised that not only did the O-rings not wear out but also the entire chain was cleaner and more efficient. I knew I had to share this invention with other motorcycle enthusiasts even though designing and testing the Scottoiler was costing me both my social life and my savings.

“A saviour finally appeared in the form of TML who commissioned Westclox of Dumbarton to manufacture 10,000 Scottoilers. These were launched at the NEC show in 1984. We sold 50 kits to an indifferent public in a collapsing motorcycle market.

“After taking a decision to make bits for cars instead, TML sold the Scottoiler project back to me. In 1985, having no capital left to re-launch, I decided to sell the kits by mail-order and rely on word-of-mouth to hopefully build up sales. Our satisfied customers recommended the Scottoiler system to dealers, and they in turn to wholesalers. Five years later it was all becoming too big for me to handle on my own, so I hired some staff and we slowly became more professional.

“Today, twenty people work in our factory in the north of Glasgow, with more employed by our engineering sub-contractors all over Great Britain. I’ve since taken more of a back seat, handing over the reins to my daughter Fiona, who, as MD, has created the successful company that exists today. Although I still fulfil my role as a disruptive innovator within the R&D team to this day… and long may it continue.” 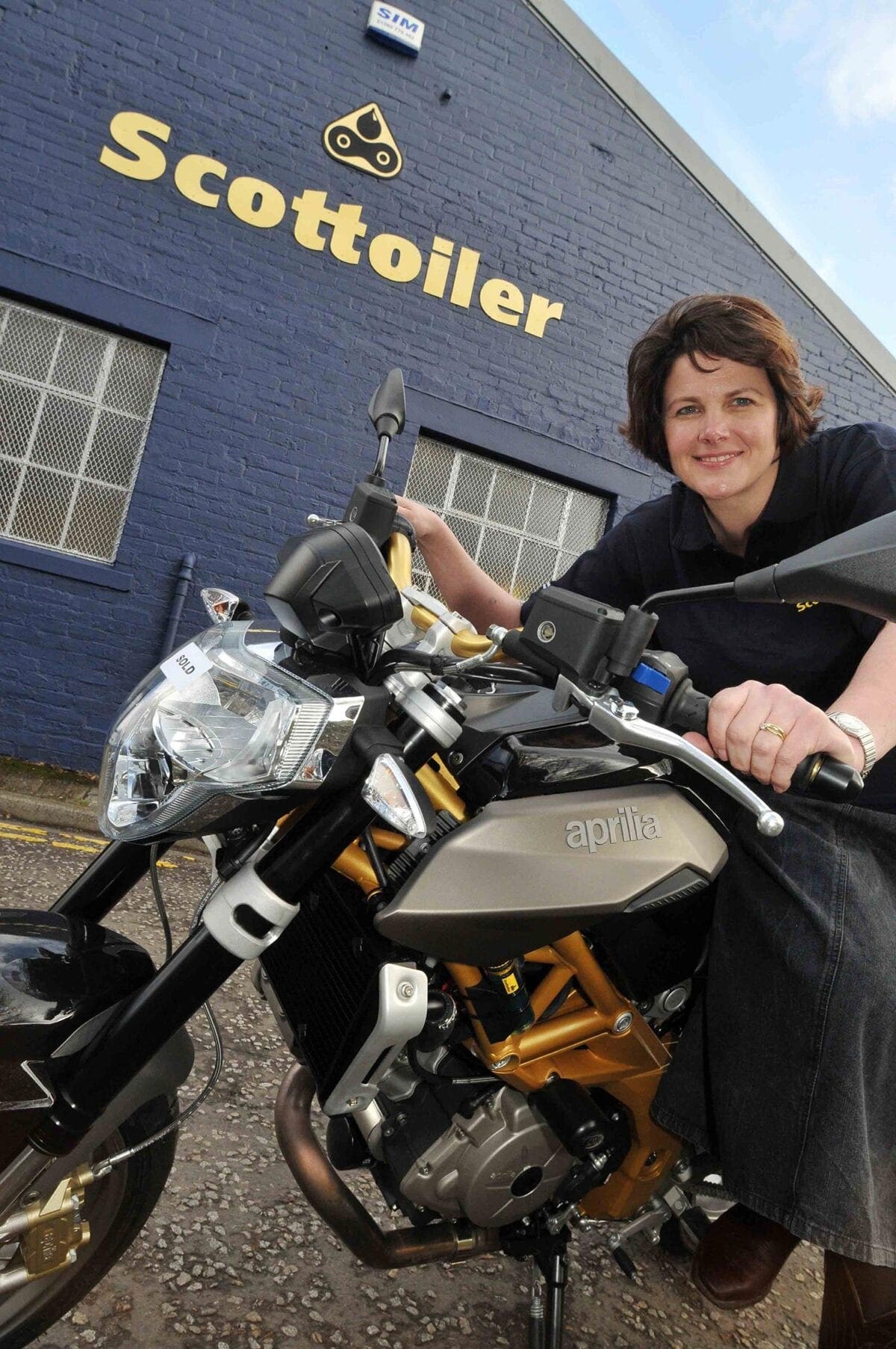 Scottoiler has since increased its product range and is exporting to over 40 countries worldwide. Europe, Australia and SE Asia are strong established markets and the company is focusing its attention on the North American market in 2015.

“2015 is a big year for us” said Fiona Scott Thomson, Managing Director of Scottoiler Ltd. “We currently have exciting projects going on behind the scenes at Scottoiler which we hope will appeal to our loyal customers and hopefully attract many new ones.” 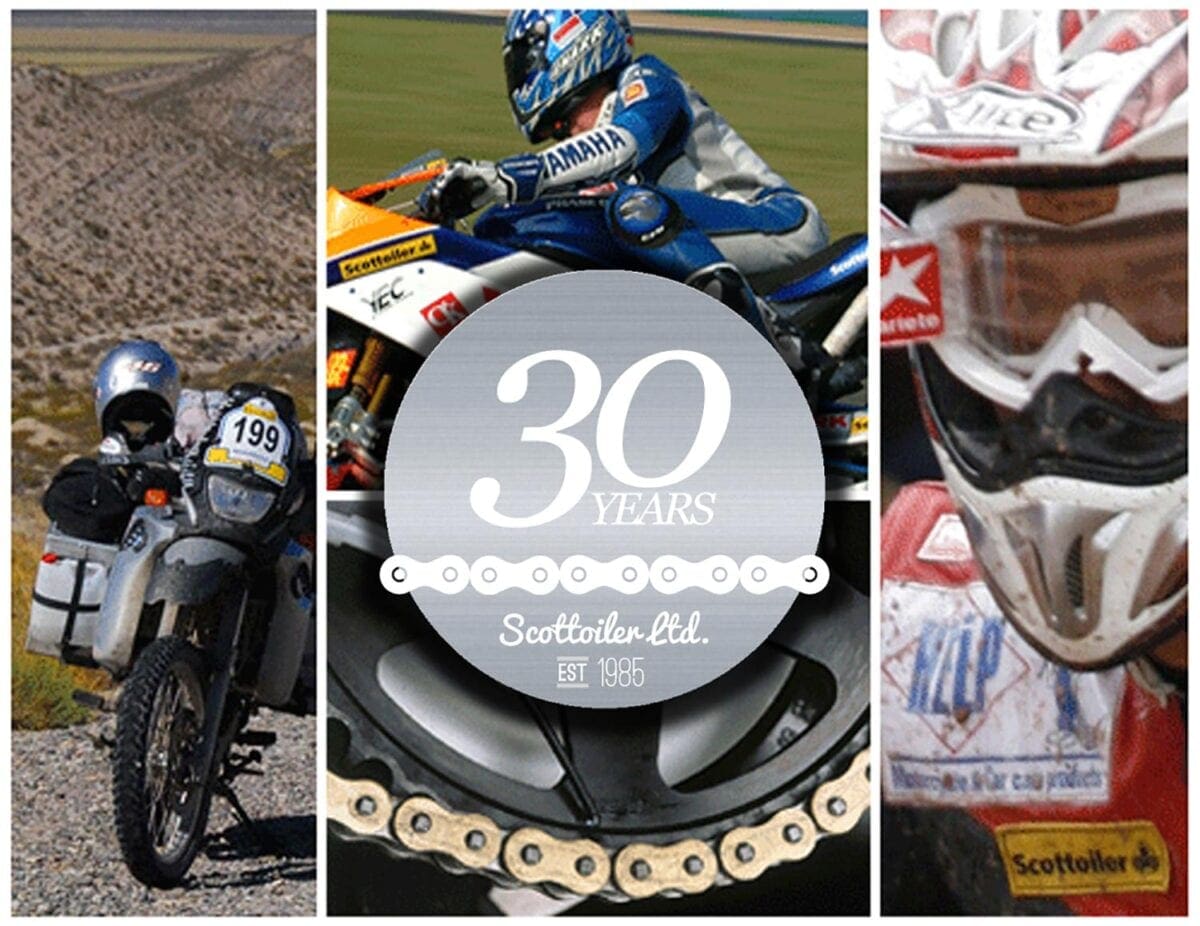