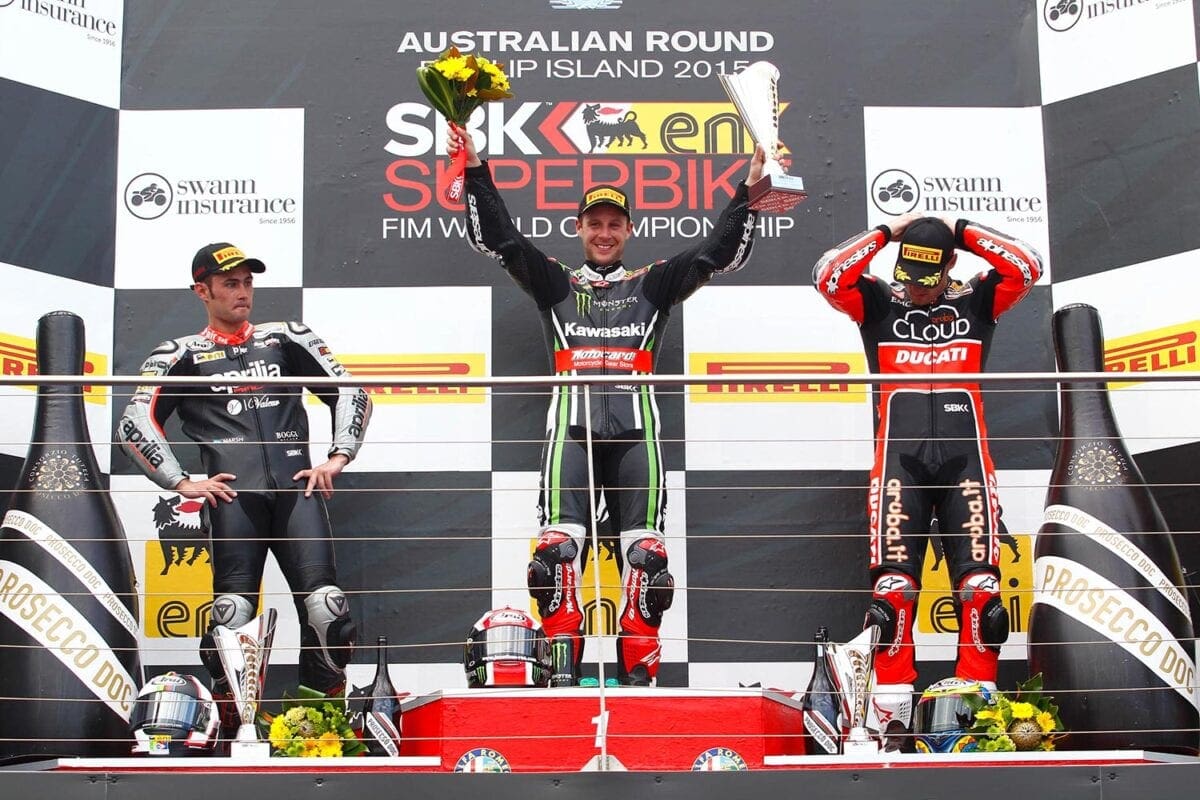 The opening race of the 2015 eni FIM Superbike World Championship was held in hot and sunny conditions at the Phillip Island circuit with Jonathan Rea (Kawasaki Racing Team) taking the opening victory of the year after a titanic 22-lap fight with Leon Haslam (Aprilia Racing Team – Red Devils) and Chaz Davies (Aruba Ducati SBK), who completed an all-British podium.

In stepping atop the podium for the sixteenth time in his career, Rea also scored his first top-3 finish at the Island . Furthermore, for the second year in a row the winner of race 1 was a rider on his first outing with new machinery. 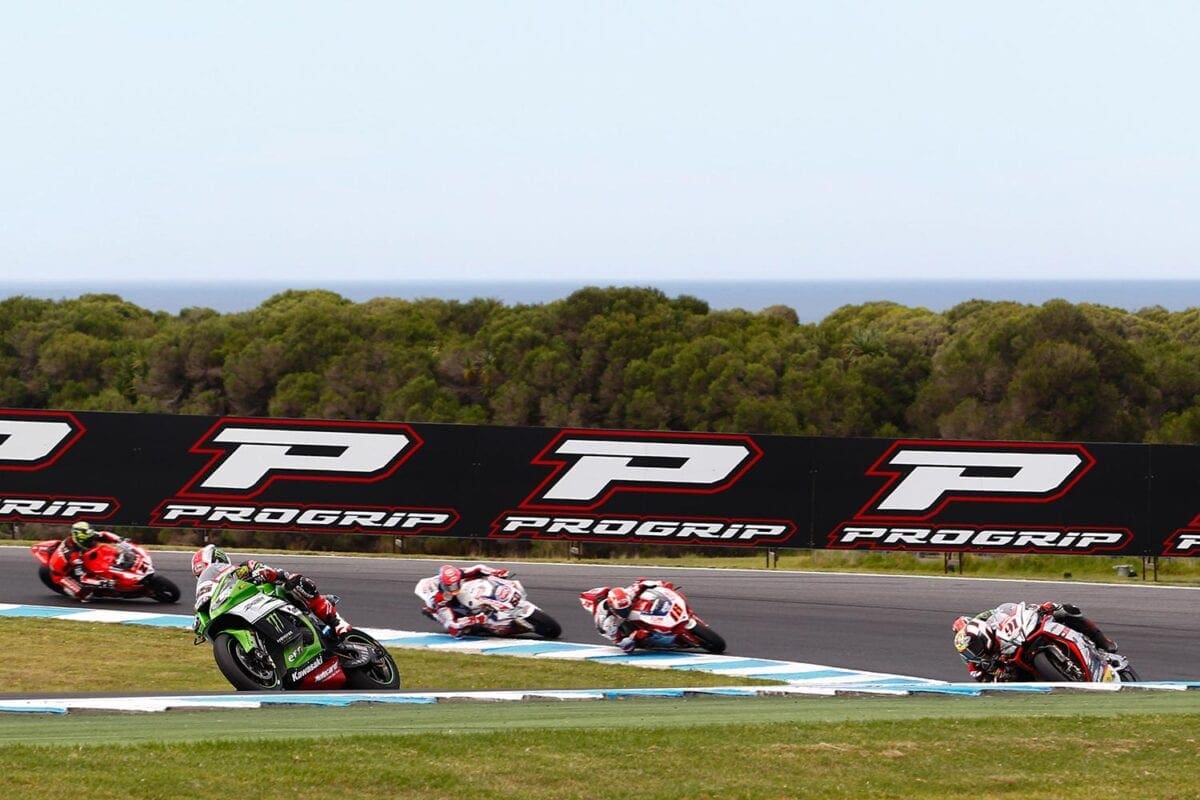 Lowes had a hard time catching up after being slowed down by a collision in the early stages of the race. Troy Bayliss (Aruba Ducati SBK) ran as high as 7th before eventually fading to 13th just ahead of local wildcard rider Jed Metcher (Race Center – Demolation Plus) who was elated at scoring 2 points on his WorldSBK debut.

Niccolò Canepa (Team Hero EBR) was the only faller, he was taken to the medical centre for further checks. 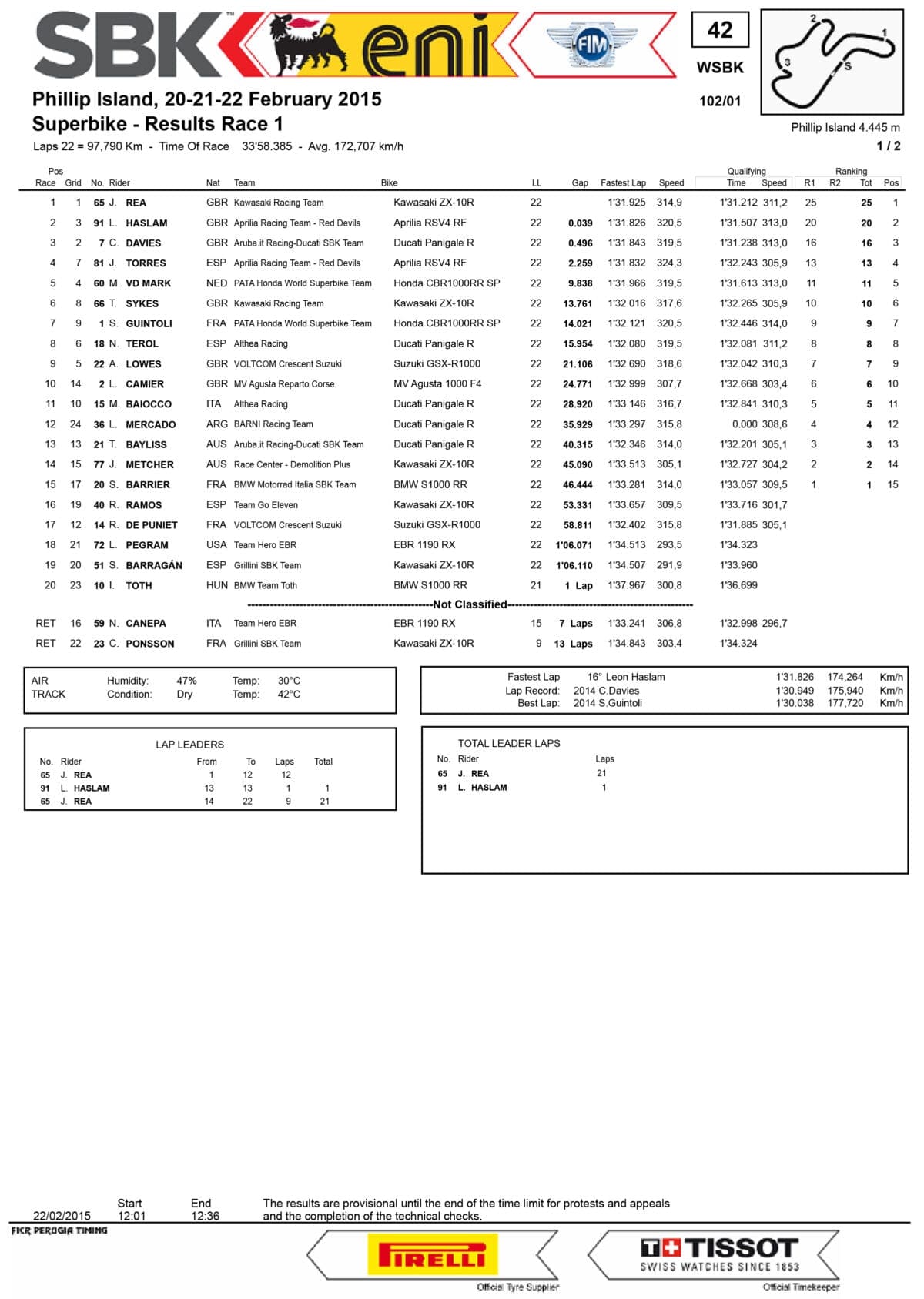