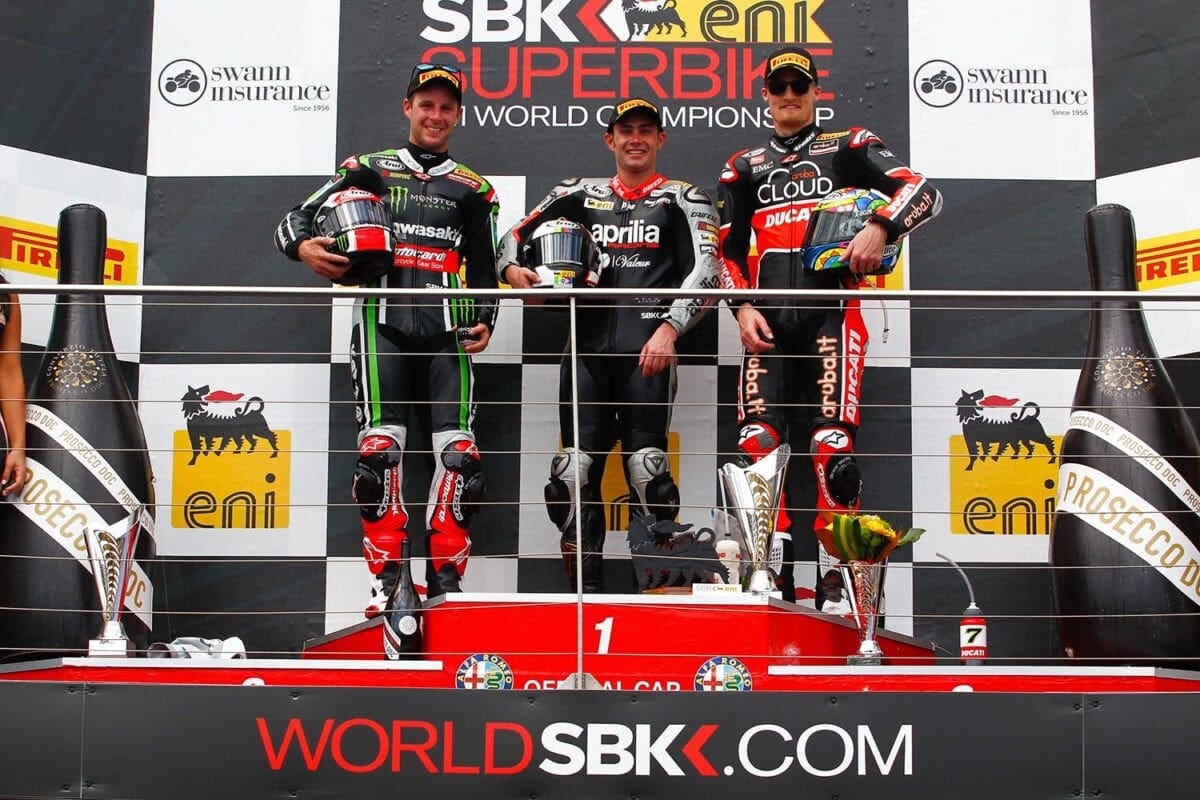 The second race of the Swann Insurance Australian Round was another one to remember, given the thrilling finale that saw Leon Haslam (Aprilia Racing Team – Red Devils) edging out Jonathan Rea (Kawasaki Racing Team) for the win at the finish line by just 0.010. The 31-year-old from Derby, England, enjoyed better drive out of the last turn and managed to get on the outside of Rea, eventually prevailing over his rival by the smallest margin. The two former team-mates are now tied at the top of the standings with 45 points apiece. Chaz Davies (Aruba.it Racing – Ducati Superbike Team) completed a solid weekend by again finishing in third place.

Ironically enough, the last time Haslam stepped atop the podium was in 2010 at Kyalami (Race 2), when he managed to defeat Rea by half a second. 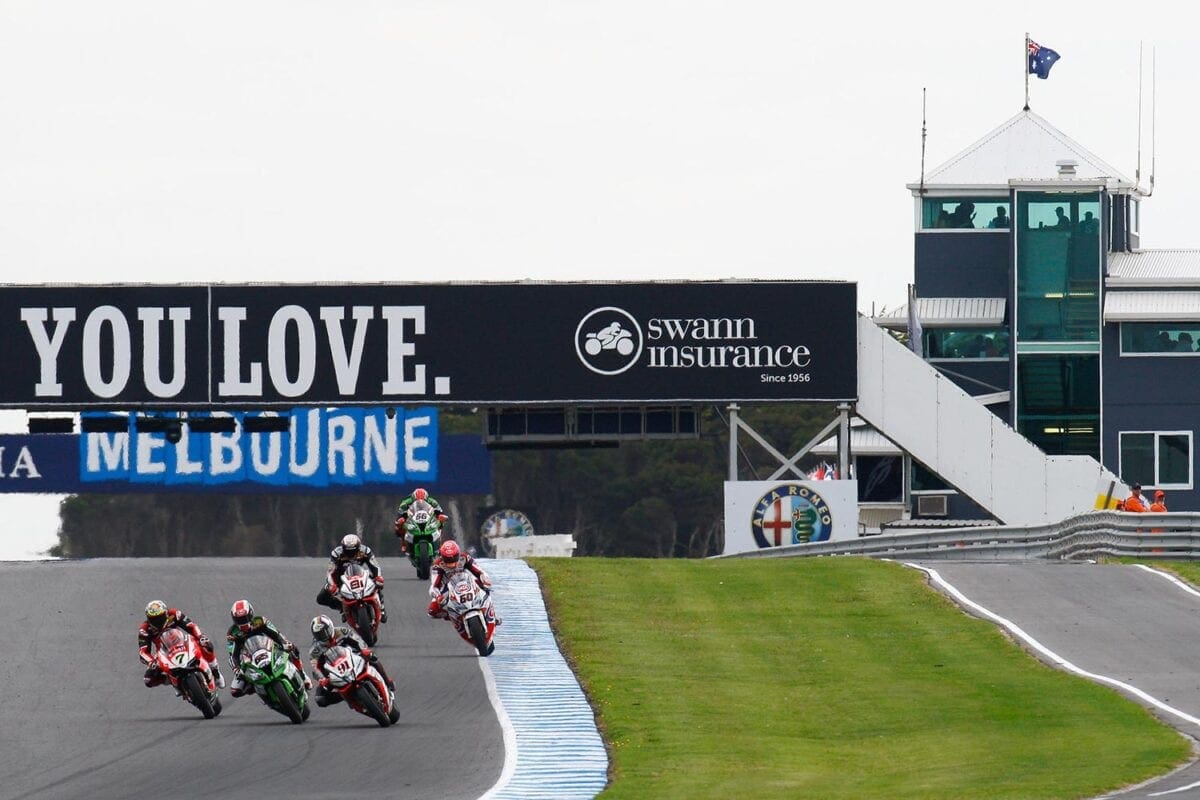 Leon Haslam: “Yeah I am really happy with the way we operated this weekend and with the team. In Race 1 I made a small mistake which cost me the win but I felt I had a lot in reserve to go faster and the tyre was feeling really good. In Race 2 van der Mark had a really good pace but he was running too fast and I felt that by running at that pace the tyres might have had worn off a bit more. Then, when I made my move I didn’t feel I had the same reserve as the first race. I then made another small mistake and I went from first to third. I had to push very hard in the last two laps and it made it very difficult for me again. In the end we managed to get the win so that’s perfect.”

Jonathan Rea: “It’s really great to come out of here with 45 points, I didn’t think this was going to be the strongest track for the Kawasaki. The guys have worked very hard throughout the weekend on race pace. I would have shook the hand to who would have told me I would have done so well here. Obviously Kawasaki and the team have done a great job, but I admit the Aprilia was really fast on the straight. Anyway this is a great about the result and looking forward to Thailand.”

Reigning World Supersport Champion Michael van der Mark (Pata Honda World Superbike Team) had his shot at the lead throughout the race, eventually dropping down to fourth in a single lap. The Dutchman then lost some more ground to the front runners before crashing out of turn 10 at the end of Lap 19, thankfully without injury. Jordi Torres (Aprilia Racing Team – Red Devils) also fell a lap earlier, losing the front of his RSV4 RF at Turn 1 on Lap 19 while he was running in fourth place.

Troy Bayliss (Aruba.it Racing – Ducati Superbike Team) started well, once again moving through the field making it as high as 7th until the triple champion entered the pits to change his front tyre on lap 14. He rejoined finishing outside of the points in 16th.

Niccolò Canepa (Team Hero EBR) was ruled unfit following his race 1 while Alex Lowes (Voltcom Crescent Suzuki) was forced to pull out of the race due to a technical problem at the end of lap 2, after starting the encounter from the pit-lane. 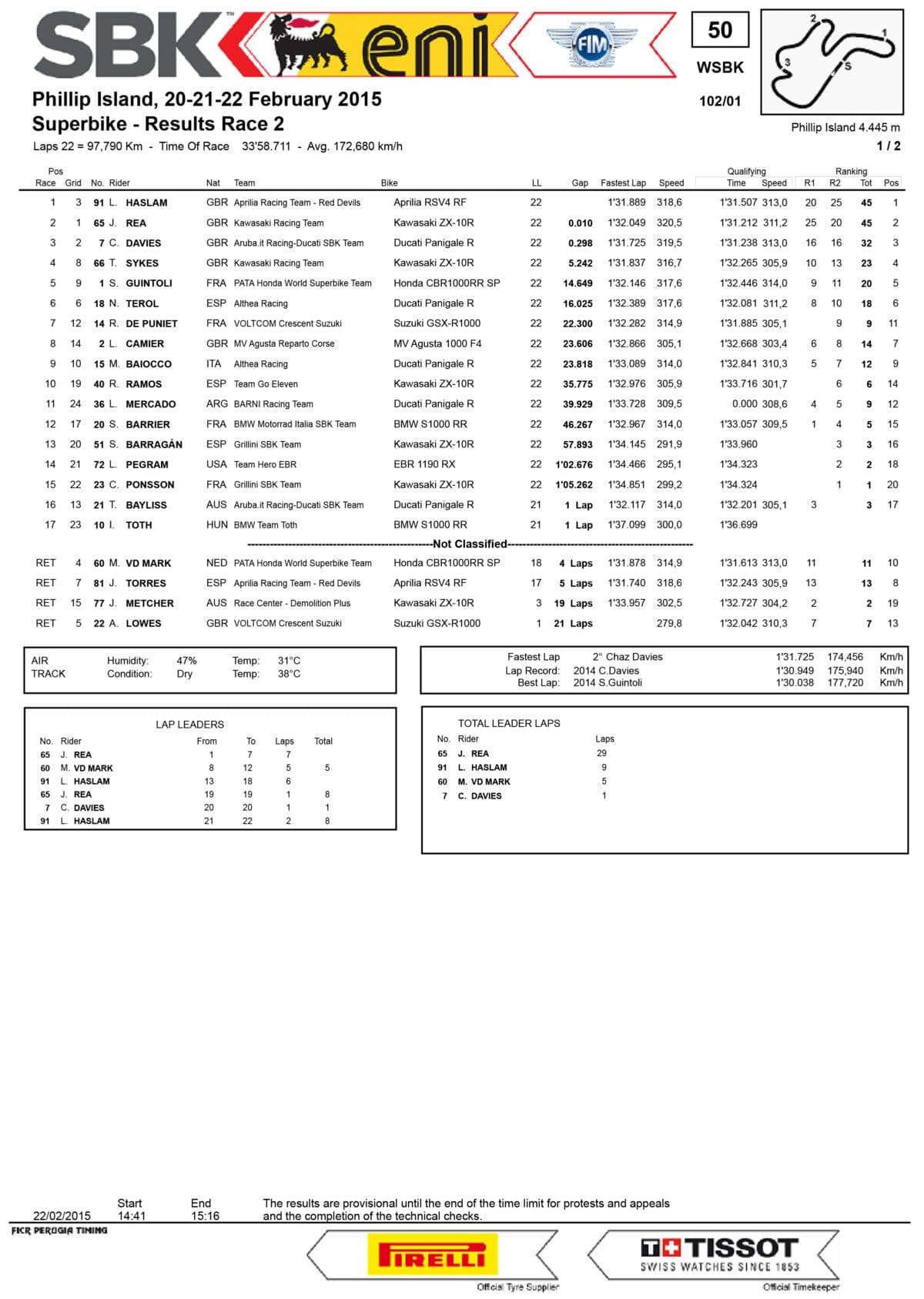 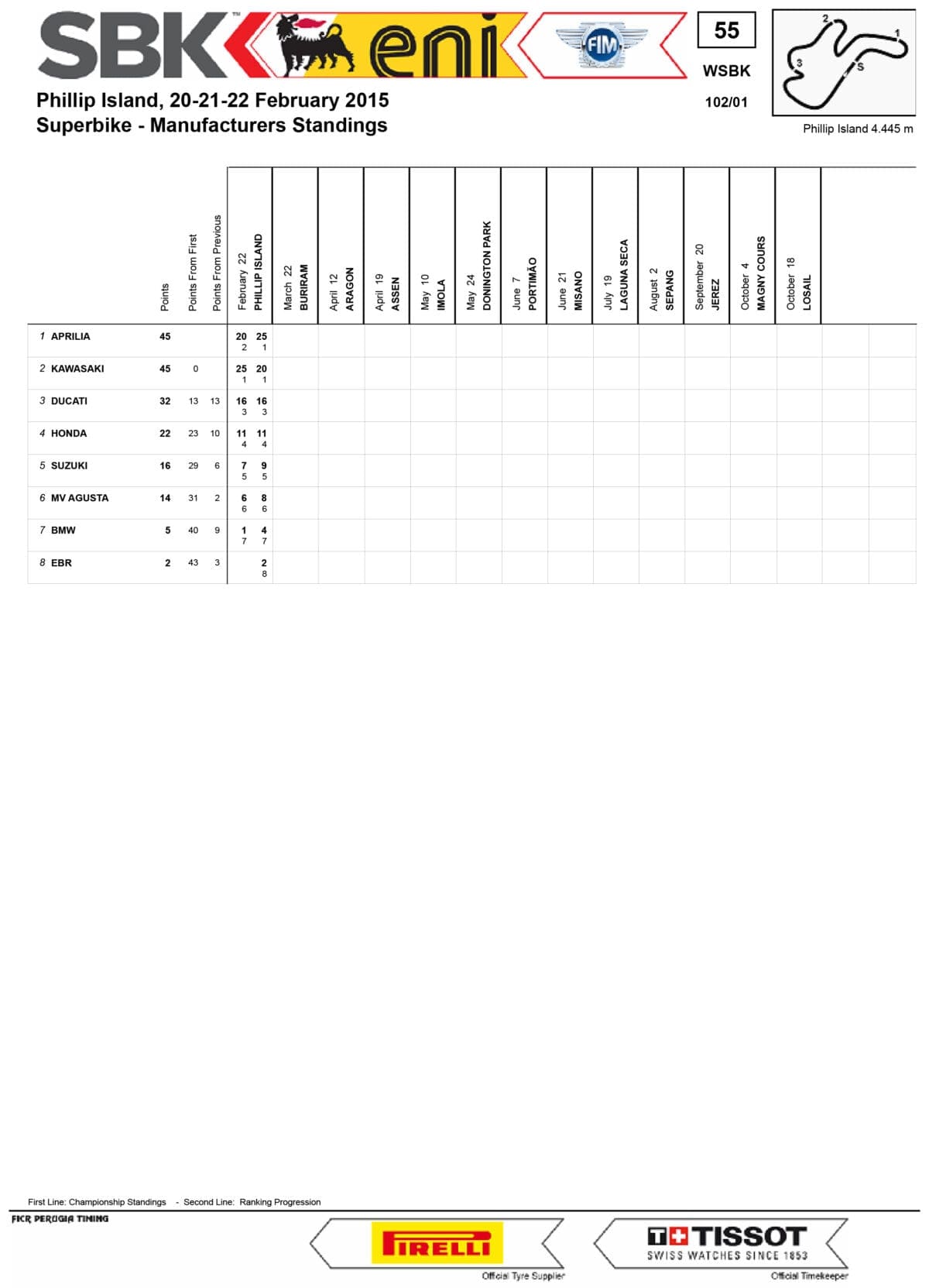